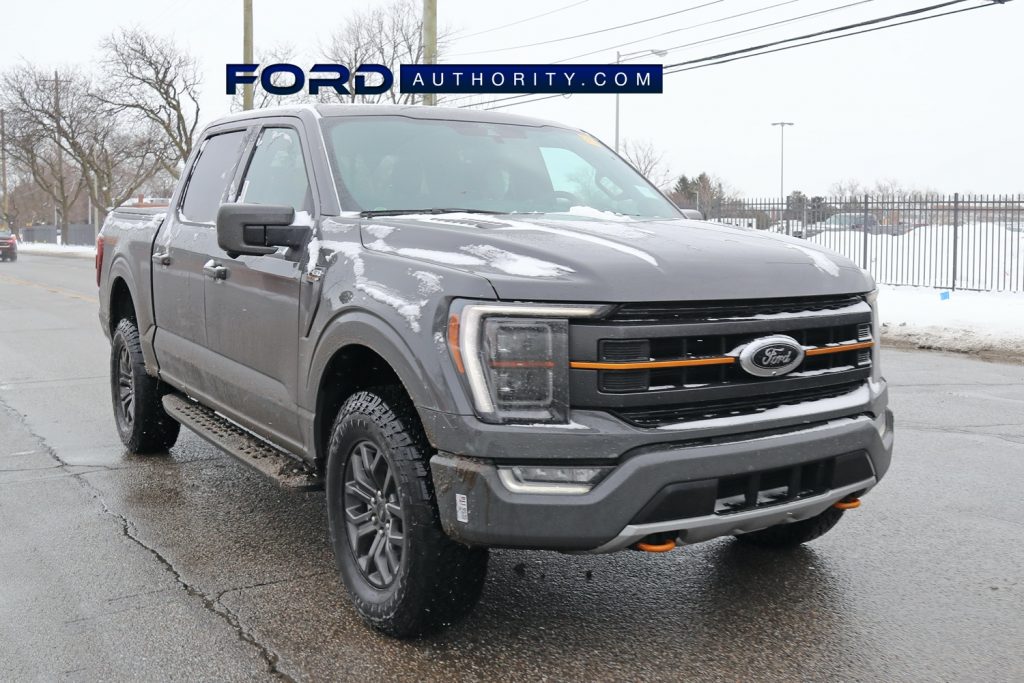 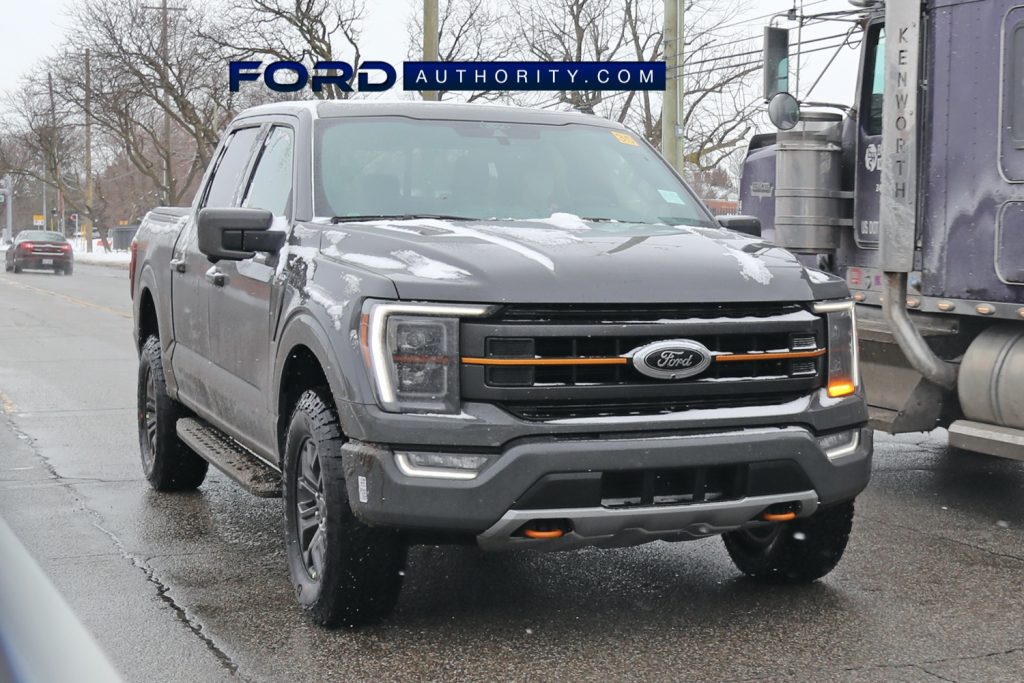 It’s difficult to tell from these pictures, but it looks like this particular Tremor is a High-trim model. As we reported earlier this week, unlike the Ford Ranger Tremor and Ford Super Duty Tremor, the Ford F-150 Tremor is not an option package. Rather, it will be offered as a separate and distinct trim level with three equipment tiers based on pre-existing trim configurations. Ford designed the 2021 Ford F-150 Tremor Standard (400A), Mid (401A), and High (402A) equipment tiers around the STX, XLT 302A, and Lariat 502A trim series, respectively.

The F-150 Tremor is easy to visually differentiate from the rest of the Ford F-150 lineup thanks to a host of unique features. They include a redesigned hood and front end with a unique grille featuring a blacked-out Ford oval, which is highlighted by the signature Tremor color of Active Orange that also accentuates two front recovery hooks. 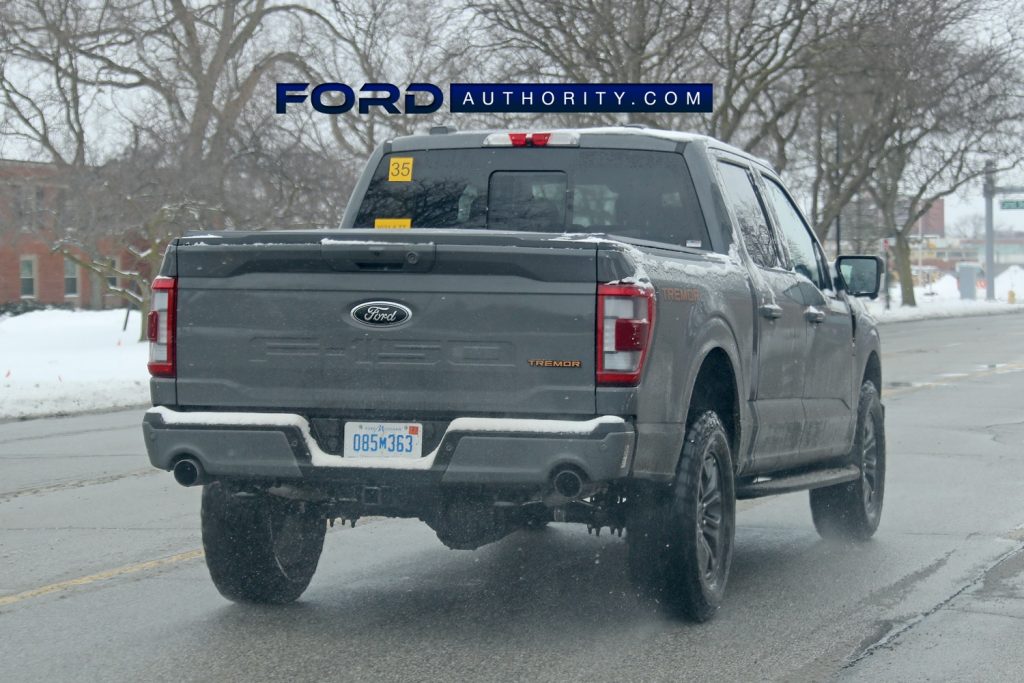 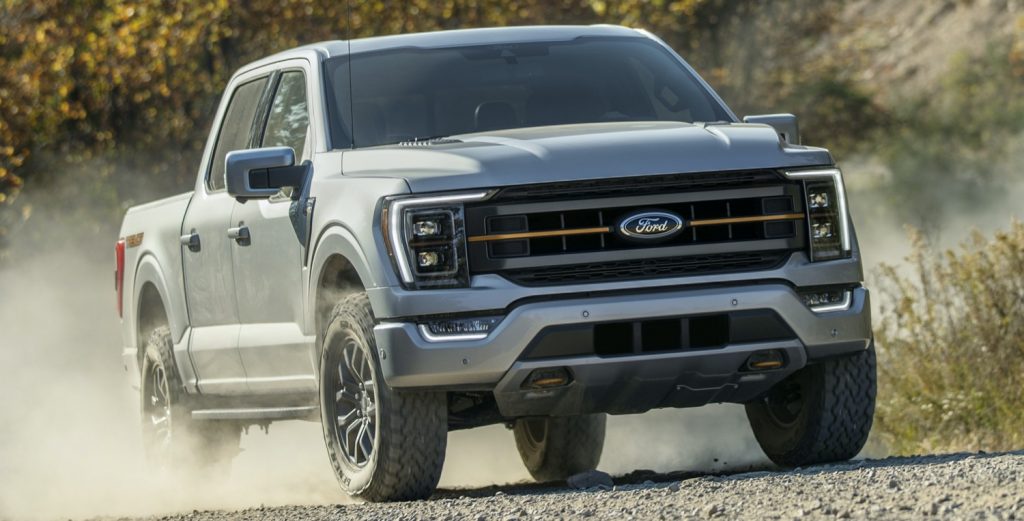 The 2021 Ford F-150 Tremor rolls on a set of unique matte-finish 18-inch wheels wrapped with 33-inch General Grabber all-terrain tires. It also includes a locking rear differential, with an optional late-availability upgrade to a Torsen limited-slip front differential, while Tremor high series customers get a torque-on-demand transfer case similar to the one used in the F-150 Raptor. The F-150 Tremor is expected to launch this summer.

We’ll have more on the new F-150 Tremor soon, so be sure and subscribe to Ford Authority for the latest Ford F-Series news, Ford F-150 news, and continuous Ford news coverage.