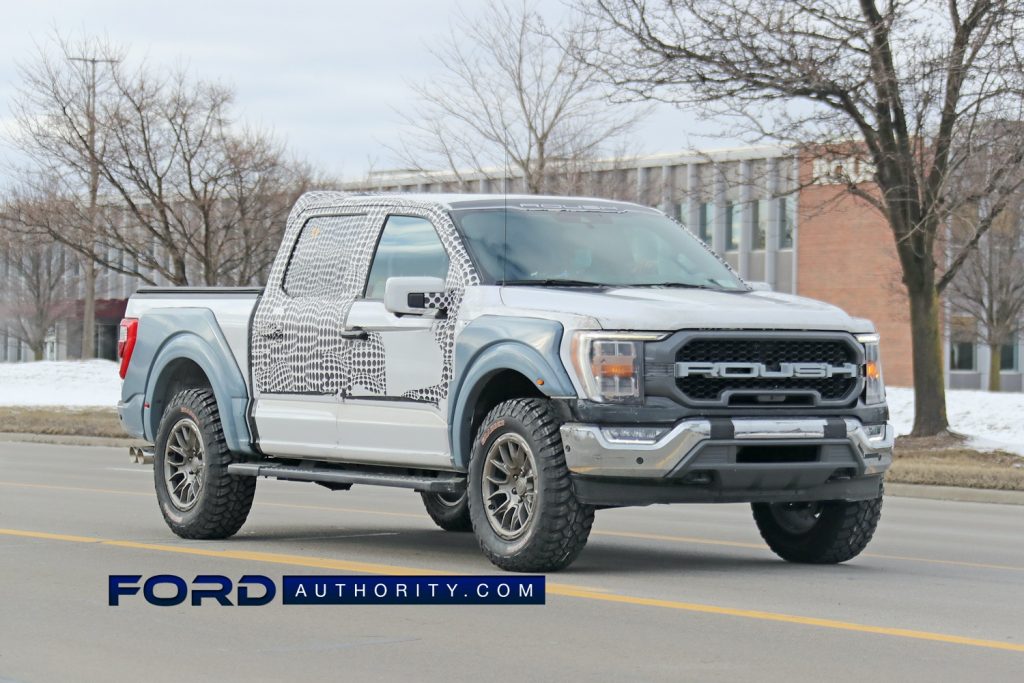 The 2021 Ford F-150 is still a very new product, as production began just last fall. However, tuners like Roush have been hard at work making new aftermarket parts and upgraded turnkey versions of the new pickup for some time now. That much is obvious from these new spy photos, which show a 2021 Ford Roush F-150 SC out testing. 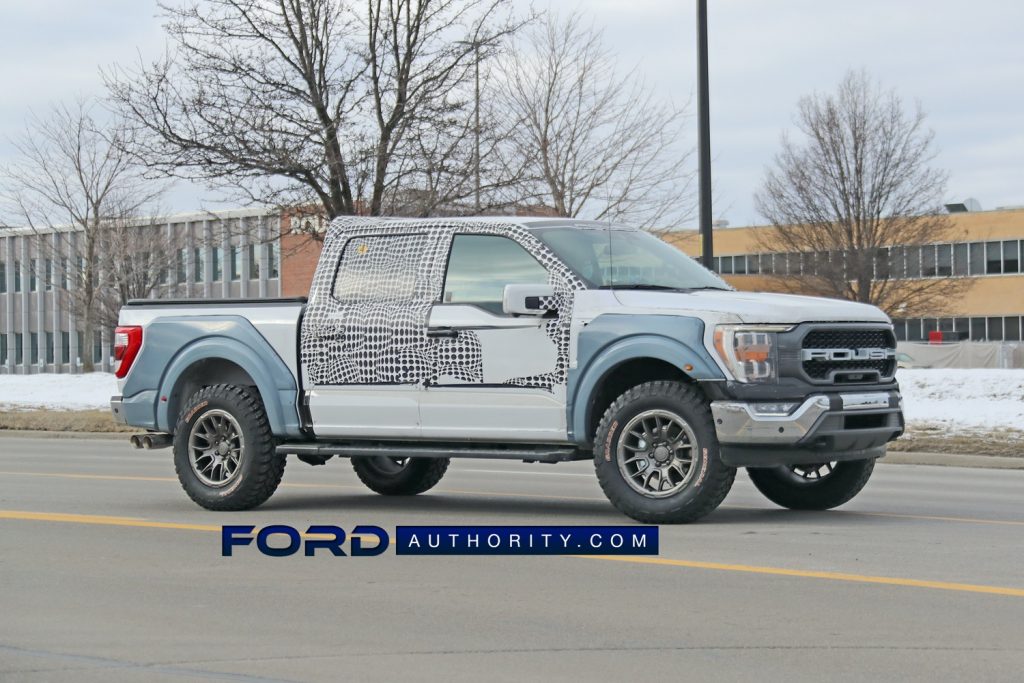 The newest Roush F-150 SC wears many of the same exterior upgrades as the current model, as we can see from these photos. Those components including a bold front grille with “Roush” script in the center, which looks very much like the one present on the 2021 Ford F-150 Raptor. The truck is also a bit wider than stock thanks to some fender flares, and rides a little higher with larger wheels and tires underneath. 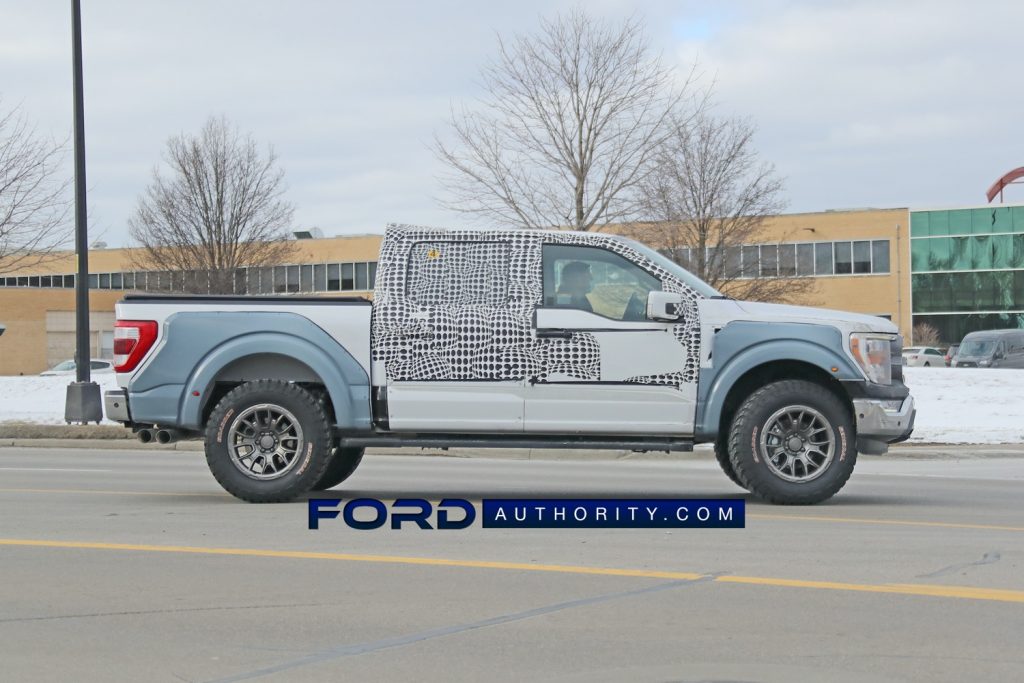 While the 2021 Roush F-150 SC certainly looks the part, sources tell Ford Authority that it will be packing some serious heat under the hood as well. The Roush F-150 SC is powered by Ford’s popular 5.0L Coyote V8, which the tuner is shooting to extract a minimum of 650 horsepower from. Though it uses a different version of the Coyote, the Roush Stage 3 Ford Mustang produces 750 horsepower, so that could be the target here. 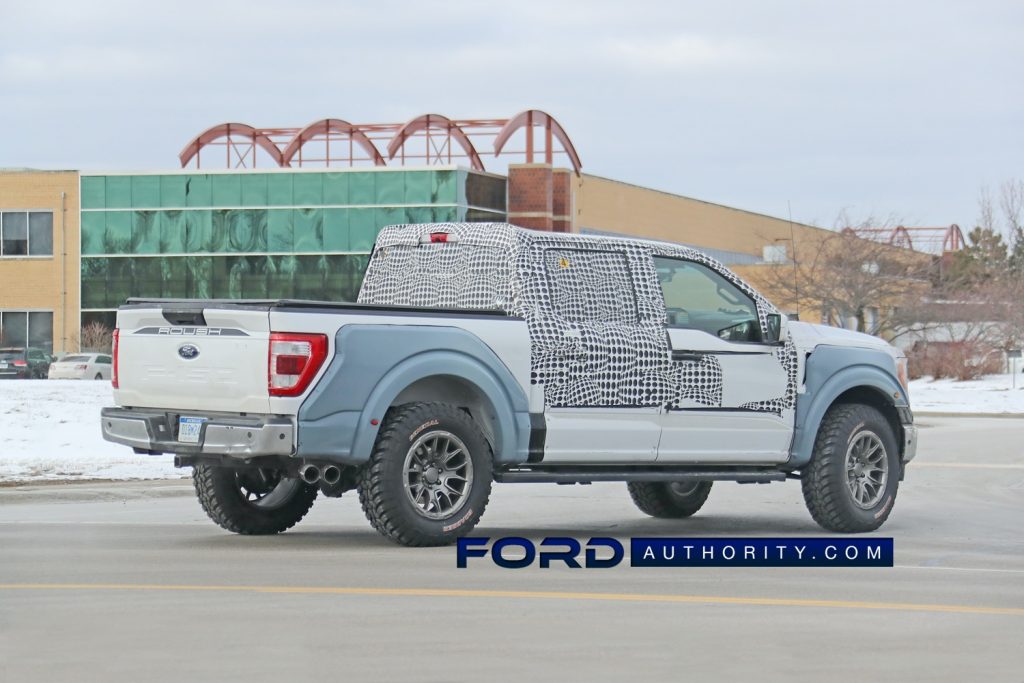 The 2021 Roush Ford F-150, like its predecessor and the Raptor, also utilizes Fox suspension components for improved off-road capability and on-road ride quality. At the very least, that should provide a slight front lift that levels the truck front-to-rear, as is the case with the current-gen SC. 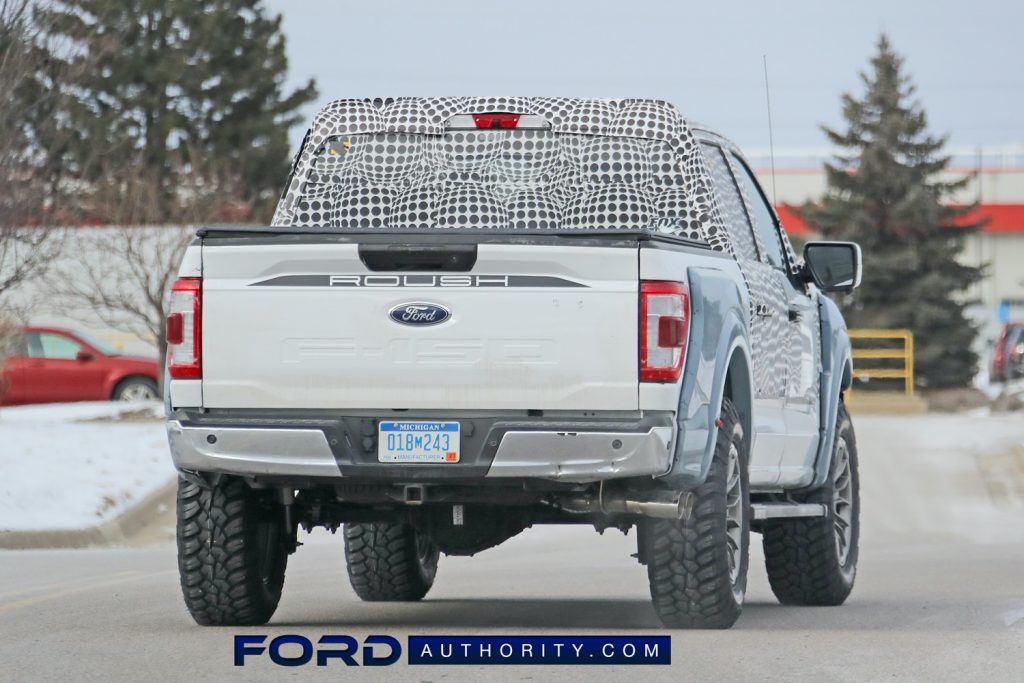 Roush is reportedly targeting the Ram TRX with its new SC, which offers 702 horsepower and 650 pound-feet of torque from its 6.2L Hemi V8. While the 2021 F-150 Raptor seems poised to take care of its new foe when it debuts this week with Ford’s supercharged 5.2L Predator V8 under the hood, we can certainly never have too many Blue Oval-based TRX killers to choose from.

We’ll have more on the 2021 Roush F-150 soon, so be sure and subscribe to Ford Authority for the latest Ford F-Series news, Ford F-150 news, and continuous Ford news coverage.