Barrett-Jackson’s upcoming 2021 Scottsdale auction already has a host of uber-valuable and historically significant vehicles set to cross the block, including Carroll Shelby’s very own Shelby Cobra 427 Super Snake – the only one left in existence. Now, we can add two more Blue Oval vehicles to that list – a 1958 Edsel Bermuda Wagon and 1947 Ford Super Deluxe Custom Woody Wagon from the personal collection of Edsel B Ford II – the great-grandson of Henry Ford. 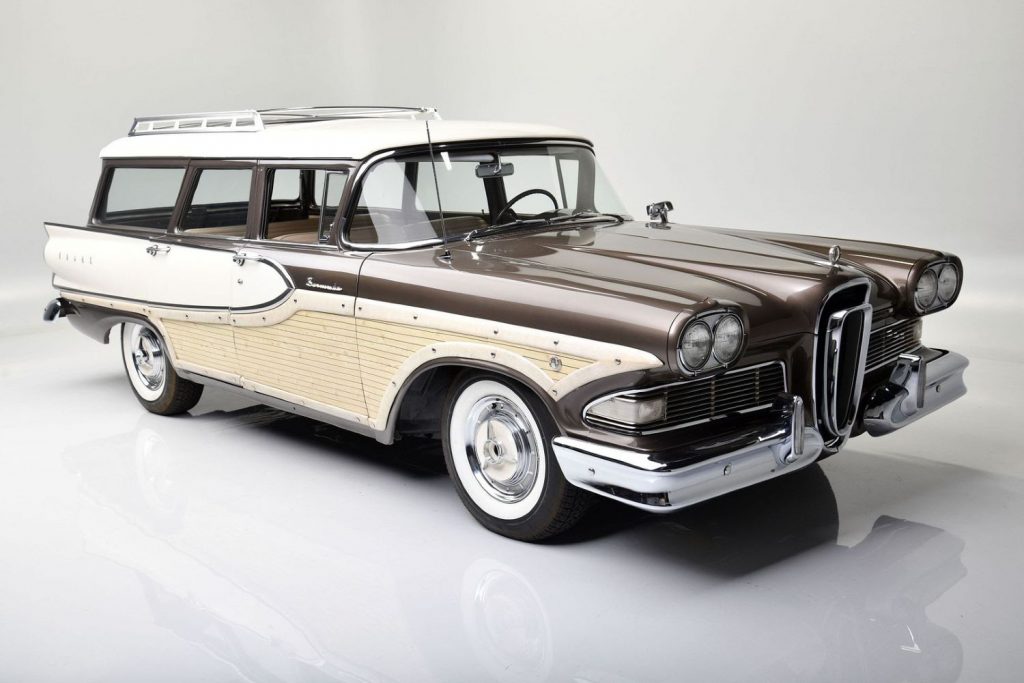 “This is an amazing opportunity to buy ‘Edsel’s Edsel,’ as well as his Ford Woody Wagon,” said Craig Jackson, chairman and CEO of Barrett-Jackson. “Edsel B Ford II, who was at Le Mans in 1966 when Ford beat Ferrari, is a serious enthusiast. As a young man, he even interned for Carroll Shelby in his high-performance shop. This pair of handsome cars carries the gravitas of being owned by an icon of the American automotive industry.” 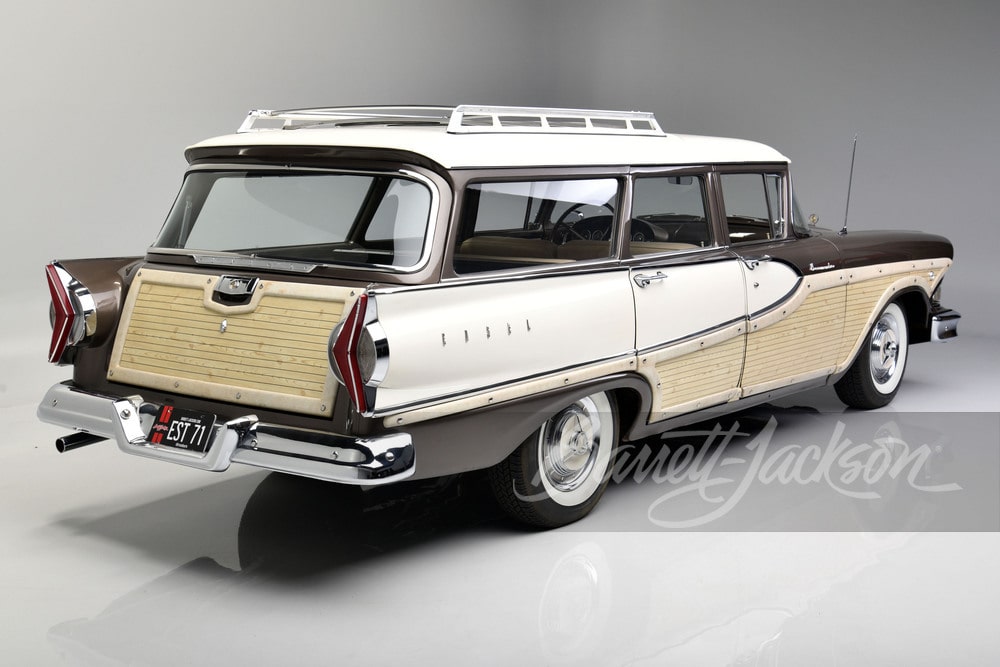 Ford II’s 1958 Edsel is a car named after his grandfather, but it is a little different now than when it was sold new decades ago. Roush upgraded the car’s original 361 cubic-inch V8 and replaced the original column-shifted manual transmission with an automatic gearbox in 2016. The car has also been mechanically refreshed and treated to new interior pieces where needed. 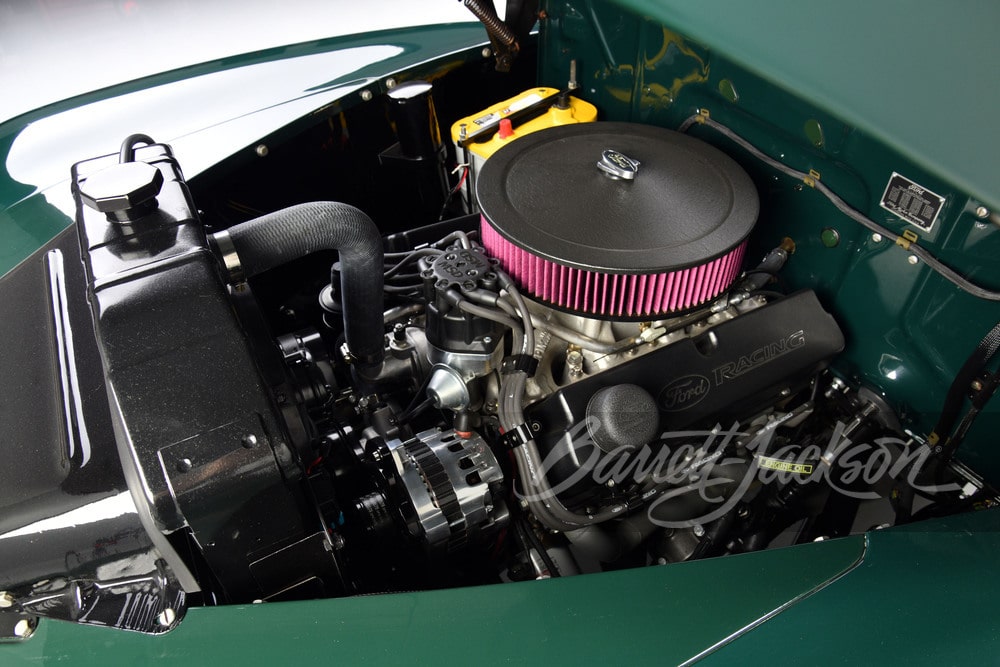 The second lot from this special collection is a custom ’47 Ford Woody that has also been modified by Roush with a modern Ford 302 V8, an automatic transmission, power steering, a custom exhaust, four-wheel disc brakes, a Currie Ford 9-inch rear end, and 12-volt electrical system. 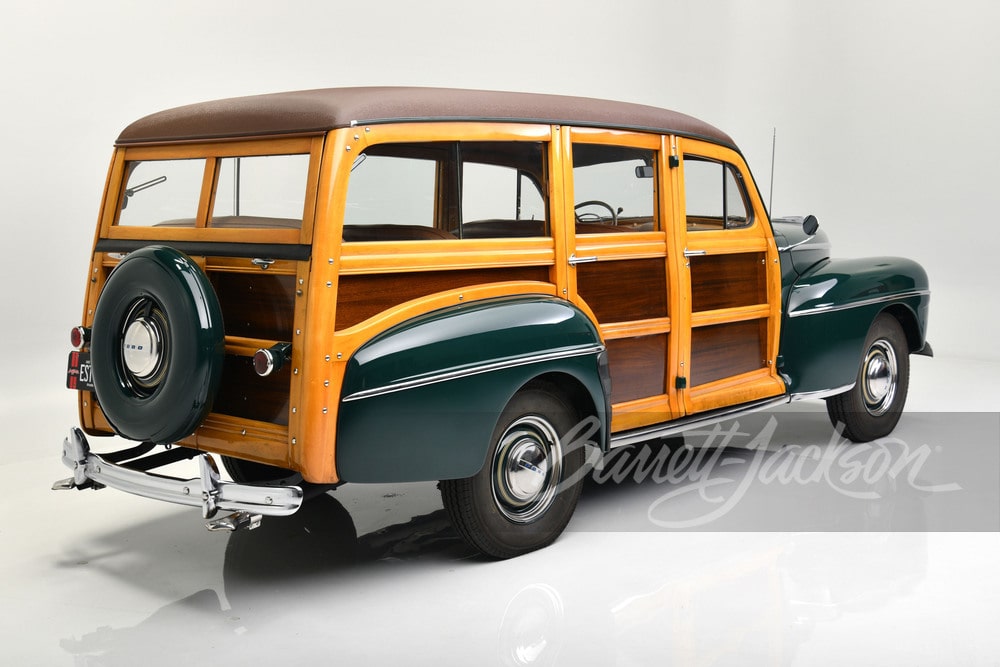 “I thoroughly enjoyed my ownership experience with these two cars,” said Edsel B Ford II. “I loved the process of giving them new life with modern technology that made the classic cars more fun to drive. Over the past few years, I motored along, relishing in the history they represent. I hope the next owners of these two beautiful Ford cars will also enjoy great adventures in them.”