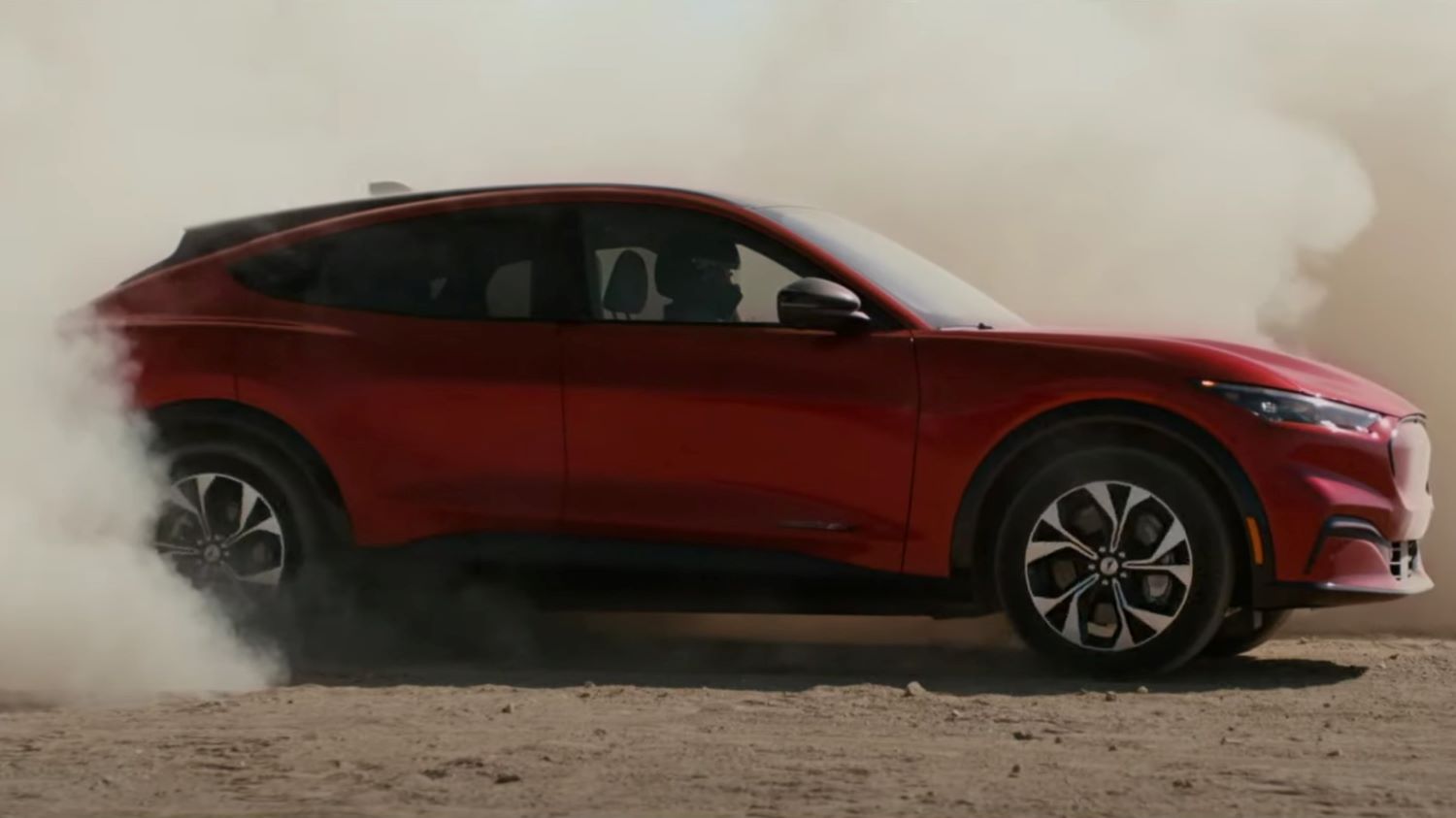 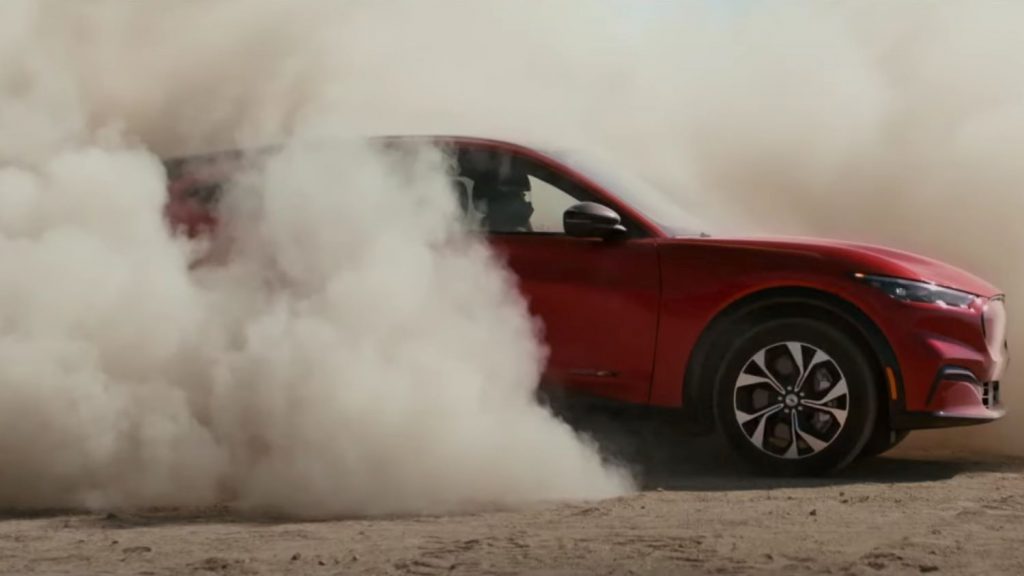 “We don’t follow the herd,” the narrator says. “Never have. Never will. Because those who build the future aren’t found in a pack. They forge the way forward on a path of their own. And just when you think the dust has settled, we’re here to kick it right back up again. The all-new, all-electric 2021 Ford Mustang Mach-E is here.” 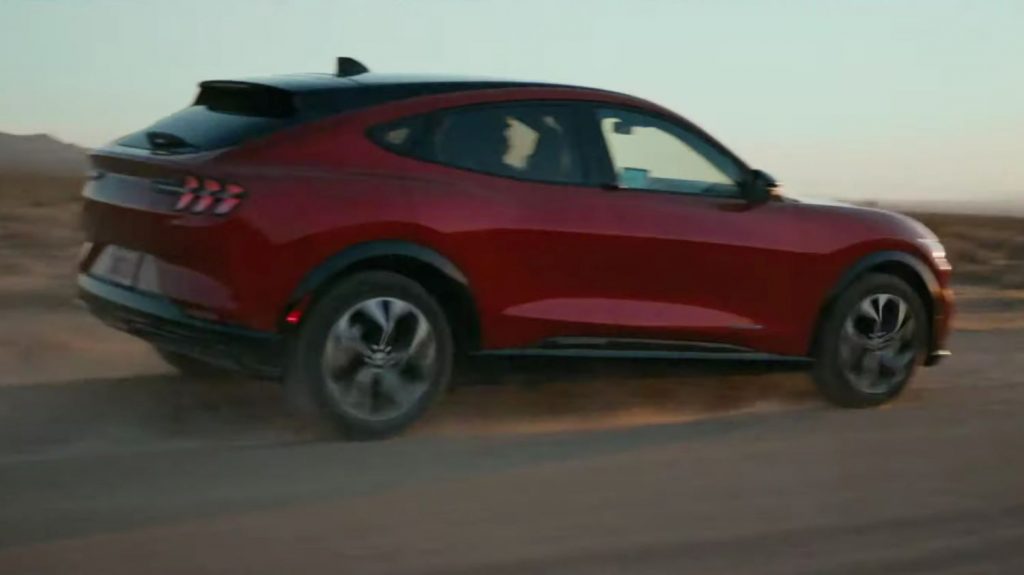 The footage shows a giant dust cloud punctuated by glimpses of the Mach-E before it busts through and becomes visible. Then it takes off, leaving yet another cloud of dust before driving a bit more sensibly down a dirt road. The clip ends with Ford touting the Mach-E’s 300-mile range, personalized technology, and zero vehicle emissions. 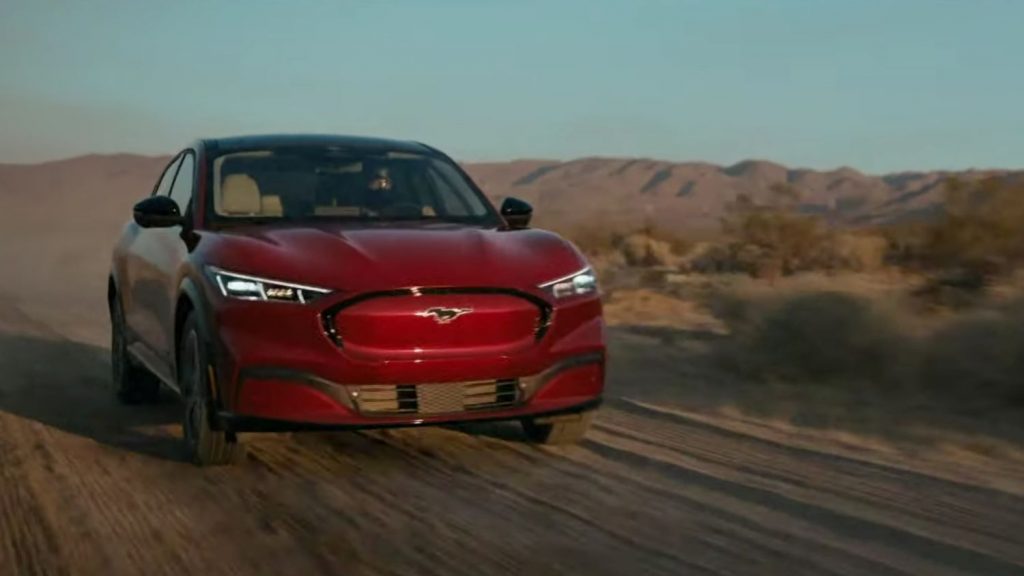 By all accounts, quite a few people are showing interesting in the new Mach-E following a stop-ship to address a quality issue shortly after production began at the Ford Cuautitlan Assembly Plant in Mexico. A quick ramp-up in production and sales figures following the stop-ship bodes well for sales this month.