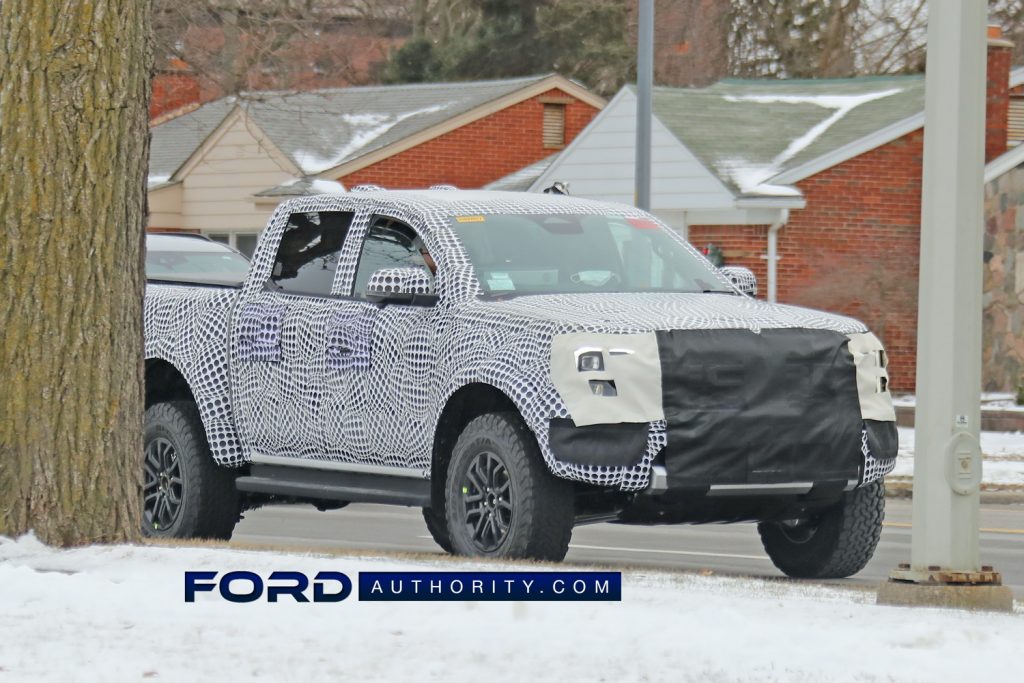 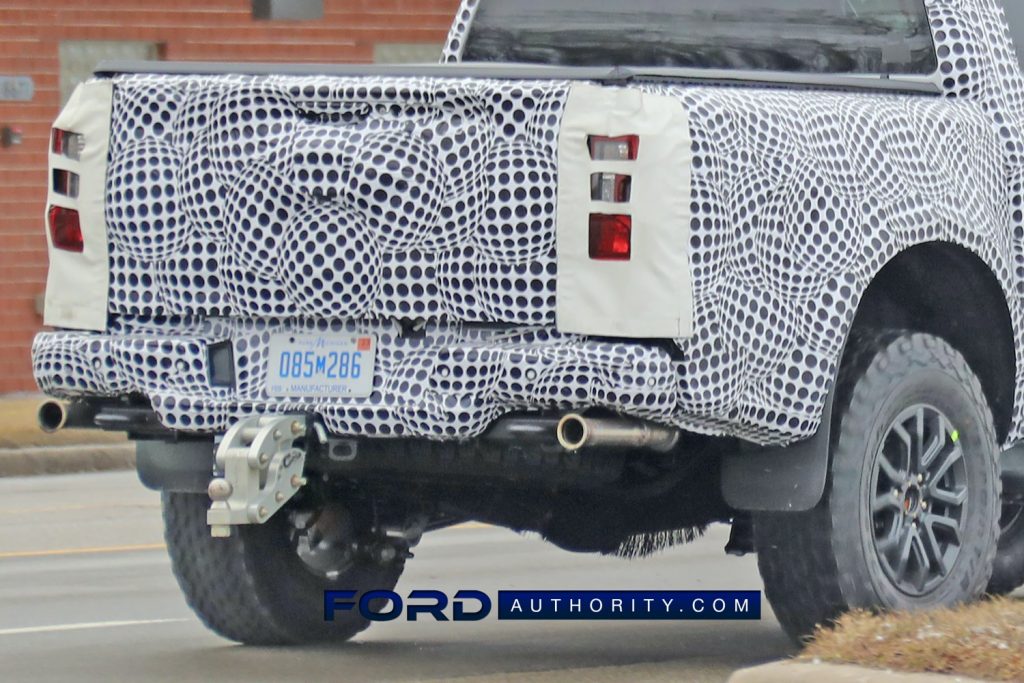 The right-hand-drive prototype is wearing “street sweeper” camouflage near the rear differential, which conceals a good portion of the rear suspension. We saw something similar used on the 2021 Ford F-150 Raptor prototypes, only to later learn that it was being used to hide the fact that the truck was utilizing a new rear coil spring suspension in place of traditional leaf springs. 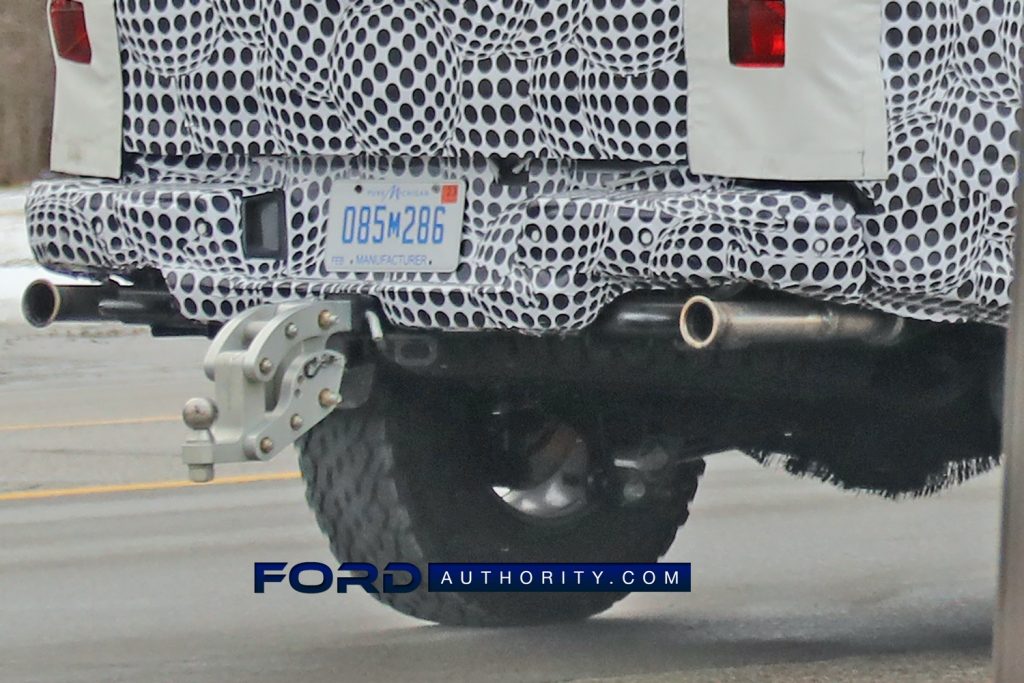 So it’s worth asking – is that the case with this Ranger Raptor prototype? It’s quite possible that Ford would equip the next-gen Ranger Raptor with the same sort of suspension setup as its big brother (and its predecessor), especially since the two already share things like Fox shocks and BFGoodrich All-Terrain T/A K02 tires, except for the South African model. The current-gen Ranger Raptor on sale in other countries, which launched for the 2019 model year, features a coilover rear suspension arrangement that features an integrated Watt’s linkage. 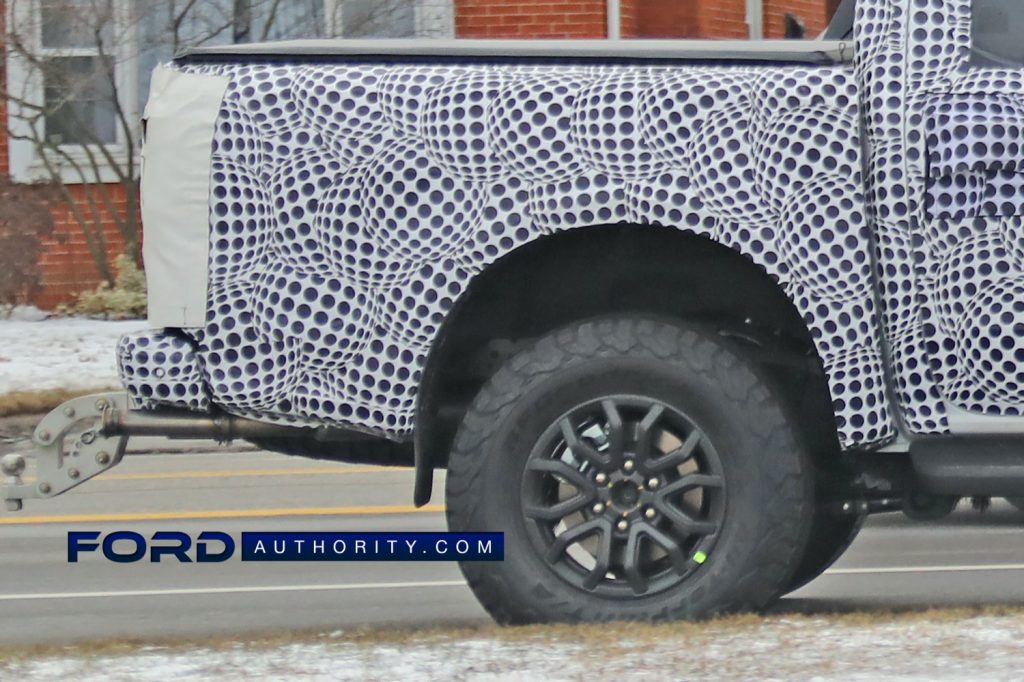 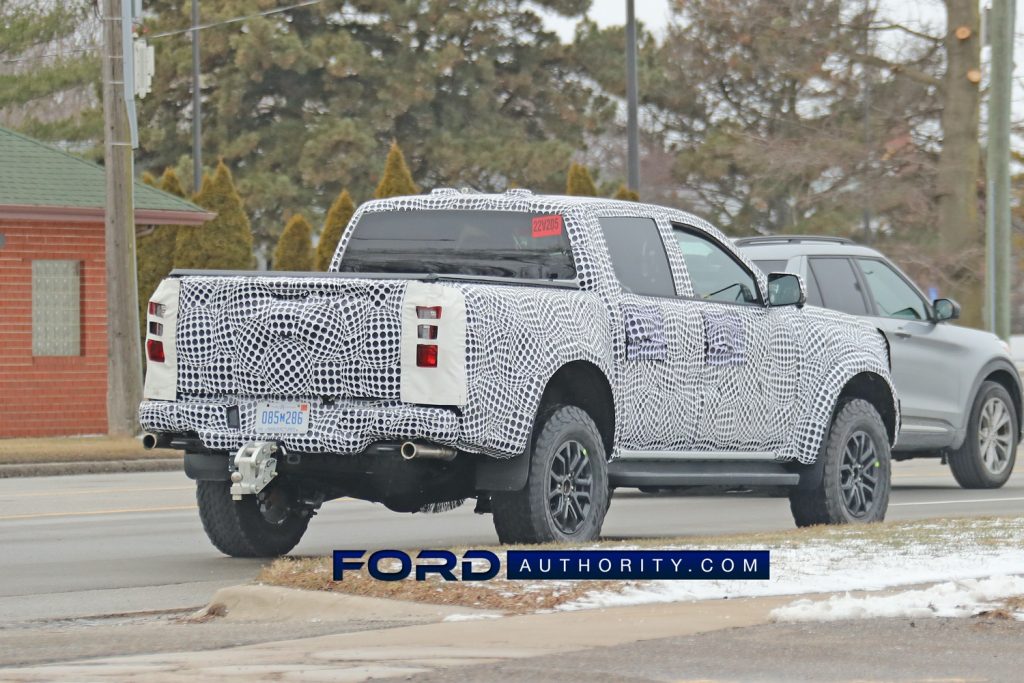 Previous rumors suggested that the next-gen Ranger Raptor bound for the U.S. will be powered by Ford’s 2.7L EcoBoost V6, which will be mated to FoMoCo’s 10-speed automatic transmission. The real question is, what sort of rear suspension is hiding in this prototype? Let us know what you think in the poll below!

We’ll have more on the next-gen Ranger Raptor as soon as it’s available, so be sure and subscribe to Ford Authority for more Ford Ranger news and around-the-clock Ford news coverage.