Earlier today, Ford announced that it will convert its entire European passenger vehicle lineup to electric power by 2030 following a $1 billion dollar investment that will transform the Ford Cologne Assembly Plant in Cologne, Germany into the Ford Cologne Electrification Center for the manufacture of electric vehicles. The move was also publicly praised by Volkswagen CEO Herbert Diess as both automakers inch closer to reaping the fruits of their newly-formed partnership.

Thanks to Herbert Diess and your VW team! https://t.co/457jXtmo2J

We are committed to supplying the best EV technology at a competitive cost to contribute to make Ford Cologne a successful and sustainable Automotive Operation again,” Diess wrote via Twitter. “We are very happy to contribute, Jim Farley. Thank you also for your excellent LCV platforms we will use.” “Thanks to Herbert Diess and your VW team!” Farley replied.

Ford and Volkswagen’s partnership, which was just finalized last summer following years of negotiations, will directly lead to the creation of a variety of electric vehicles for both automakers. For Ford, that means a new European EV built on VW’s MEB platform. Ford expects to deliver 600,000 units of electric vehicles built on the MEB architecture, the first of which will be designed and engineered by Ford in Cologne-Merkenich.

Additionally, Ford will produce a new mid-size Amarok pickup for Volkswagen beginning in 2022, while both automakers will receive a city delivery van based on the latest VW Caddy model, developed and built by Volkswagen Commercial Vehicles, and later a 1-ton cargo van created by Ford. Volkswagen and Ford expect to produce up to a combined 8 million units of the mid-size pickup truck and both commercial vans. 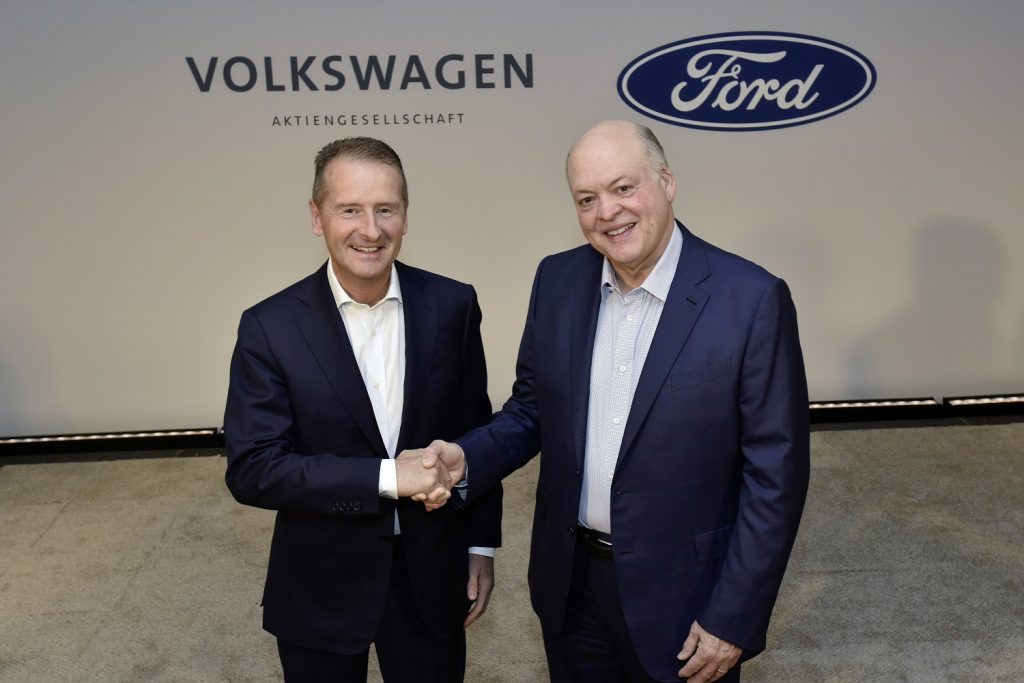 We’ll have more on Ford and VW’s burgeoning partnership soon, so be sure and subscribe to Ford Authority for ongoing Ford news coverage.