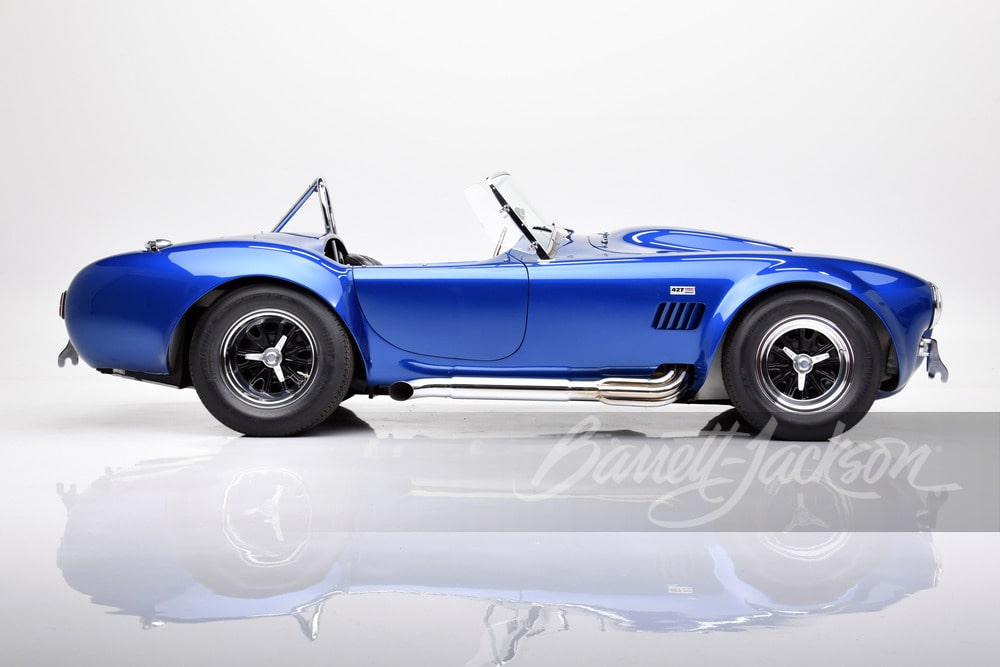 This particular Shelby Cobra started out as one of just 23 427 competition roadsters ever built. One year later, it was transformed into a Super Snake and reclassified as a Cobra Semi-Competition (SC). That process involved fitting a pair of Paxton superchargers to the original 427 V8, as well as a 3-speed automatic gearbox built to handle its insane power output. 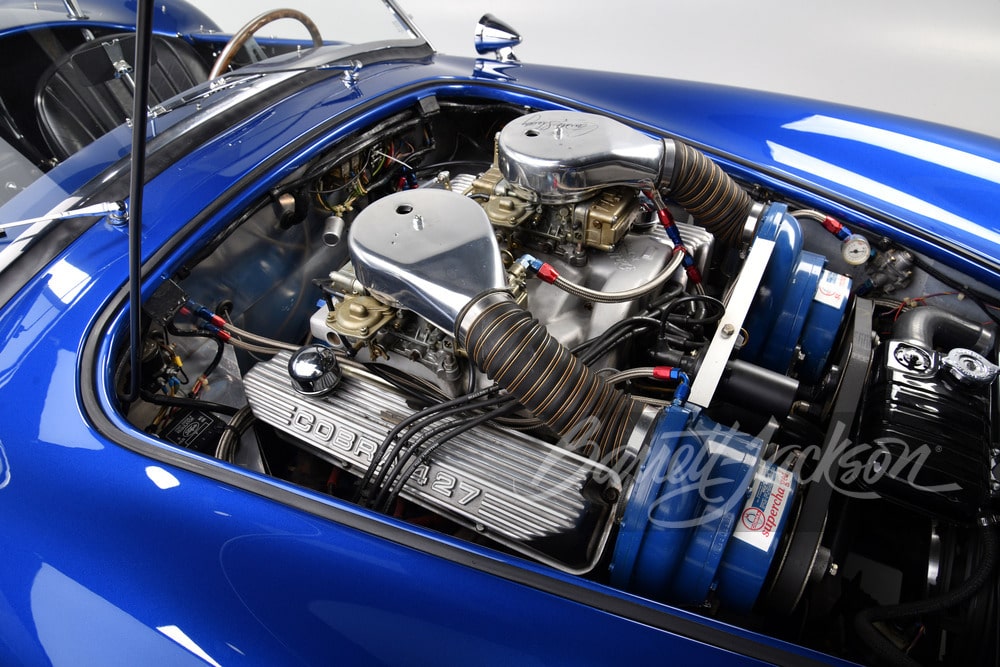 CSX 3015, as it’s better known, is one of just two Super Snake Cobras ever built. The other one – CSX 3303 – was a 1967 model retained by Shelby Americana as a PR car that was later sold to a customer via S&C Motors in San Francisco. Sadly, both the car and its owner perished when he drove it off a cliff into the Pacific Ocean. 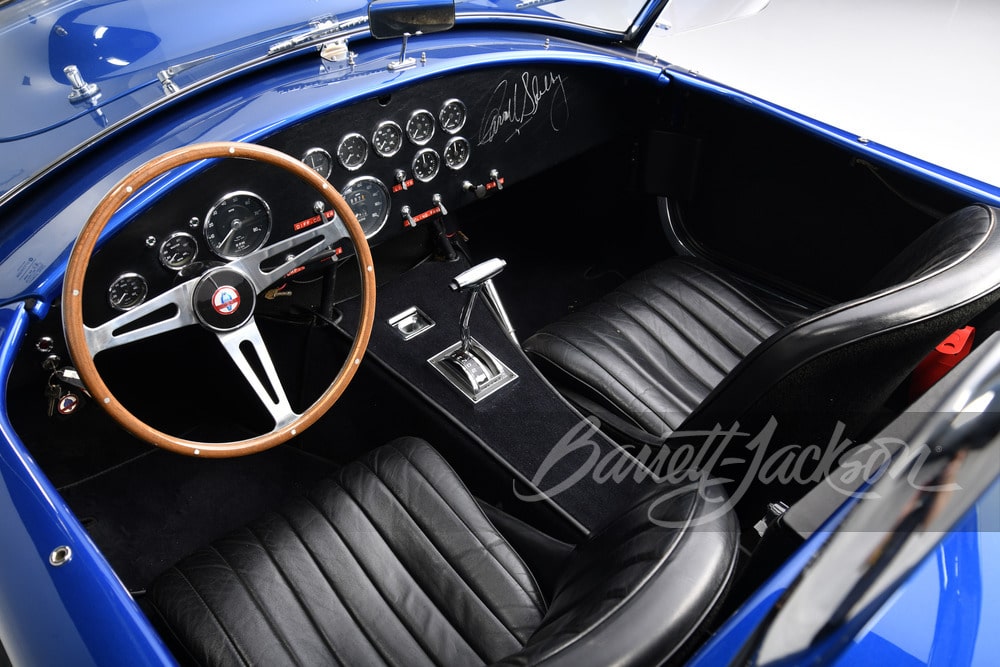 As for this Shelby Cobra 427 Super Snake, it remains in remarkably original condition with lots of date-coded parts, including the engine block, competition Girling CR and BR calipers, rear end, oil cooler and pumps, headers, and side pipes. 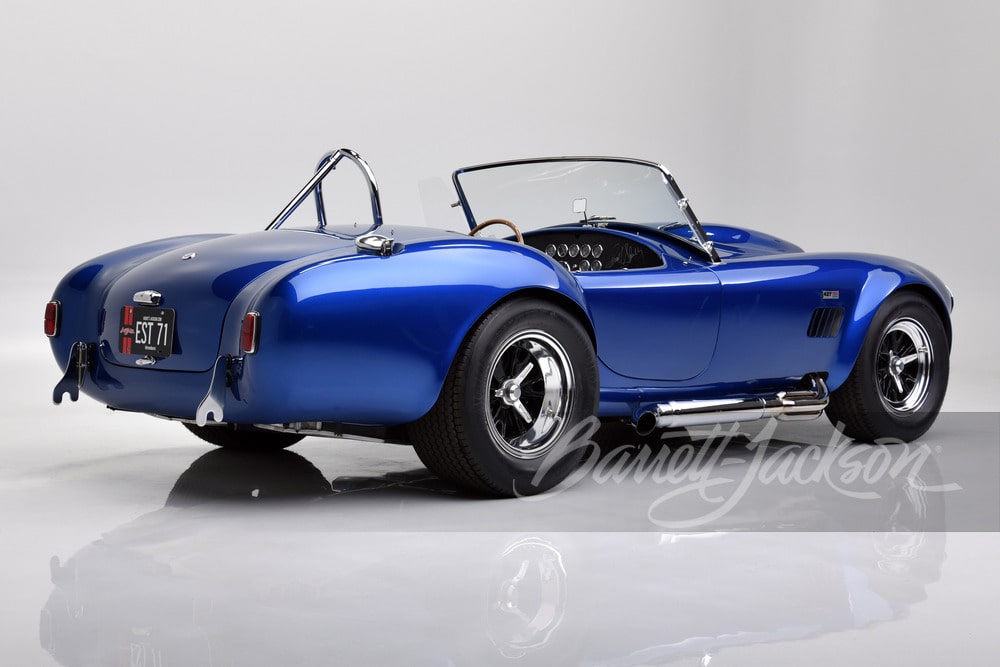 “CSX 3015 is arguably one of the most iconic, and important, American sports cars ever built,” said Craig Jackson, chairman and CEO of Barrett-Jackson. “In 1968, Road & Track called it ‘The Cobra To End All Cobras,’ and it has more than lived up to that standard. When it first crossed our block in 2007, Carroll was there and told the story of how he got pulled over by the Nevada Highway Patrol doing 190 mph in the car. Its sale ended up setting a new world record for any Shelby vehicle sold at auction.” 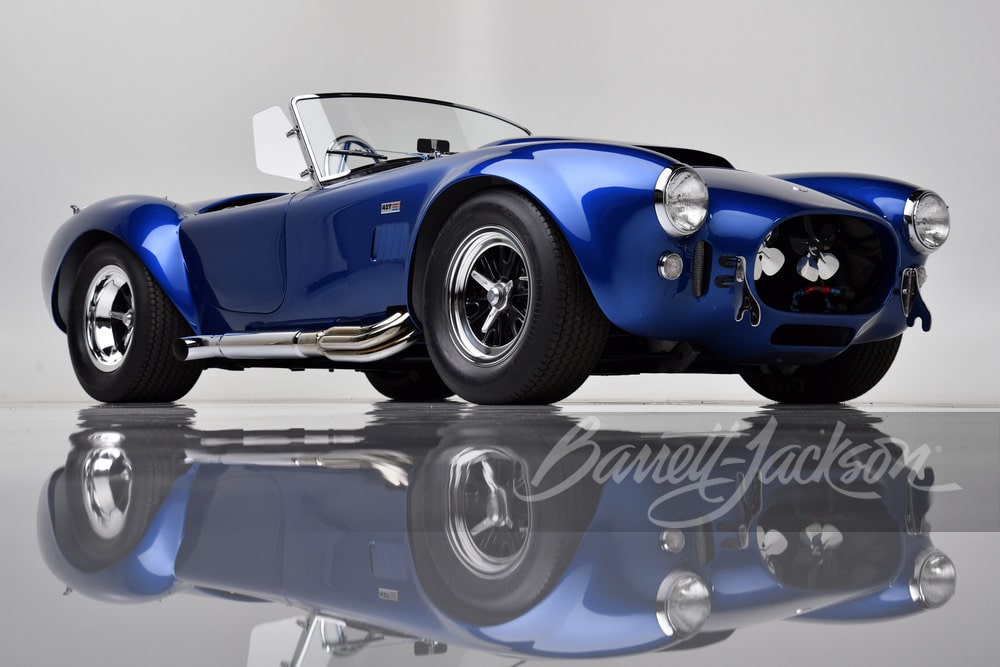 “Carroll often said, ‘make history, then repeat it,’ and that’s exactly what we hope to do again. This car was truly ‘Carroll’s Cobra,’ and it, along with other incredible vehicles selling from this private collection, will make collector car history next month.”

We’ll have more cool auction finds like this soon, so be sure and subscribe to Ford Authority for more Shelby Cobra news and non-stop Ford news coverage.