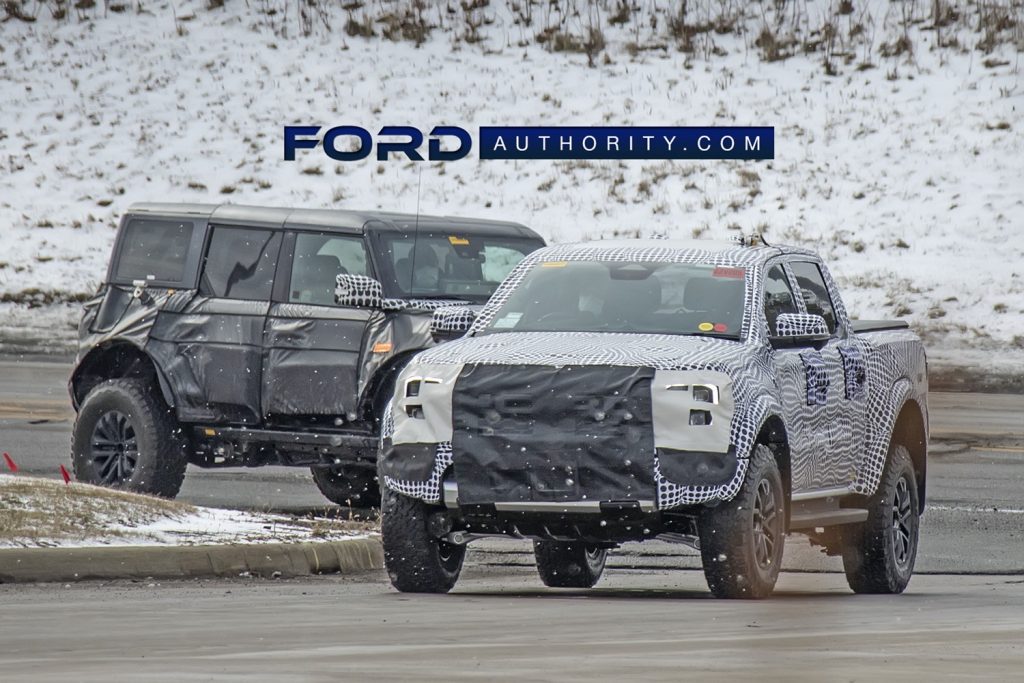 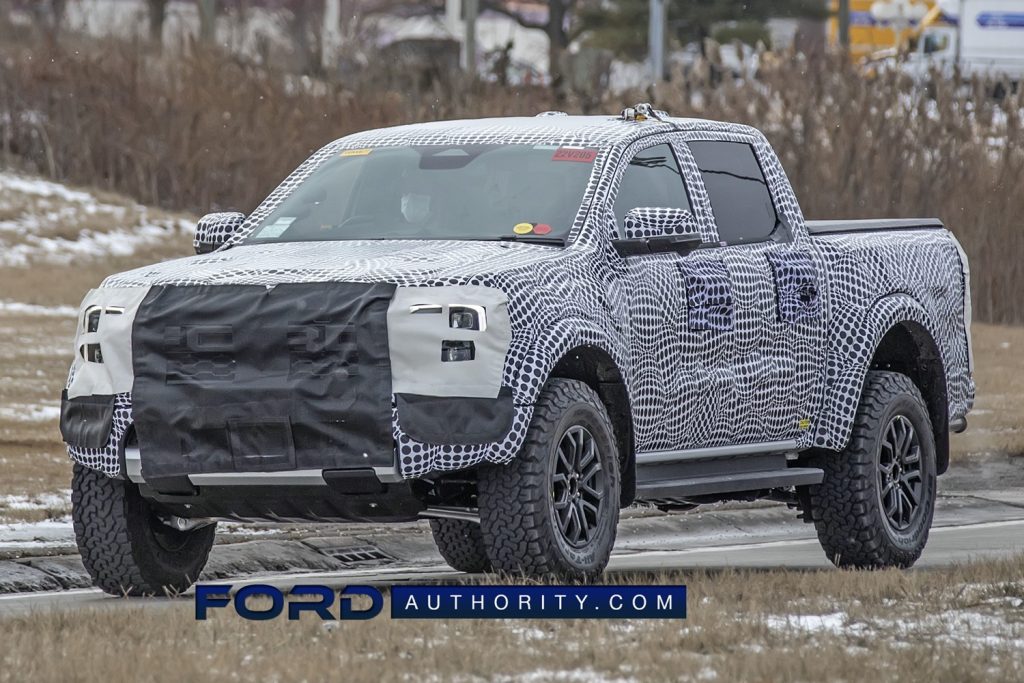 This next-gen Ranger Raptor prototype makes a thinly veiled attempt at hiding its signature front grille, where we can clearly see its “Ford” script in the center – a feature present on both the current Ranger Raptor and the Ford F-150 Raptor. 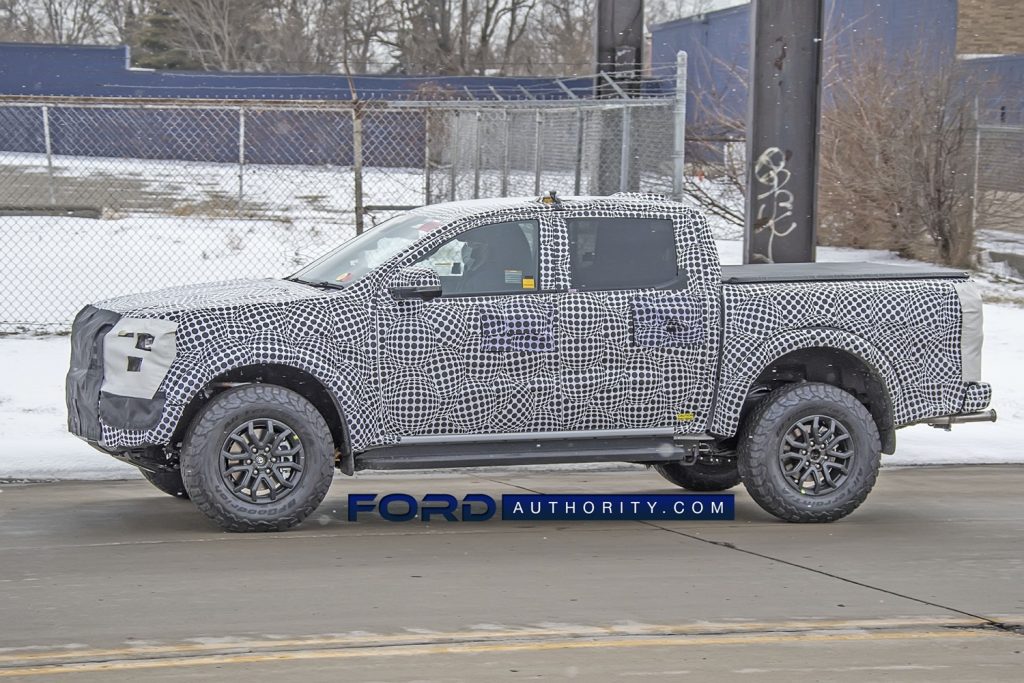 That’s a telltale sign that this is, in fact, a Ranger Raptor prototype. It’s also wearing Raptor-style wheels, which are also present on the Ranger Tremor, along with BFGoodrich All-Terrain T/A KO2 tires, just days after it was announced that the South African Ranger Raptor would be switching to General Grabber AT3 tires. 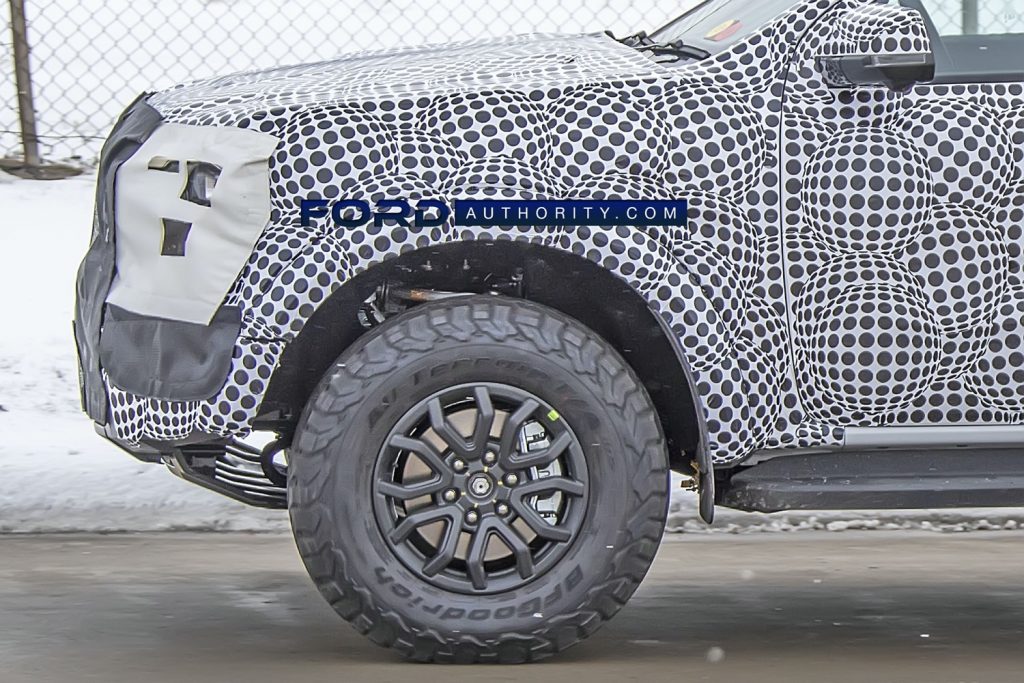 The prototype wears a wide body with squared-off side steps/rock rails, leading to the rear, where we find dual exhaust tips. Previous rumors suggested that the next-gen Ranger Raptor bound for the U.S. will be powered by Ford’s 2.7L EcoBoost V6, and this prototype seems to provide a bit of validation to that. Finally, the prototype is right-hand-drive, which is certainly notable but not an indication that the next-gen Ranger Raptor won’t be coming to the U.S. 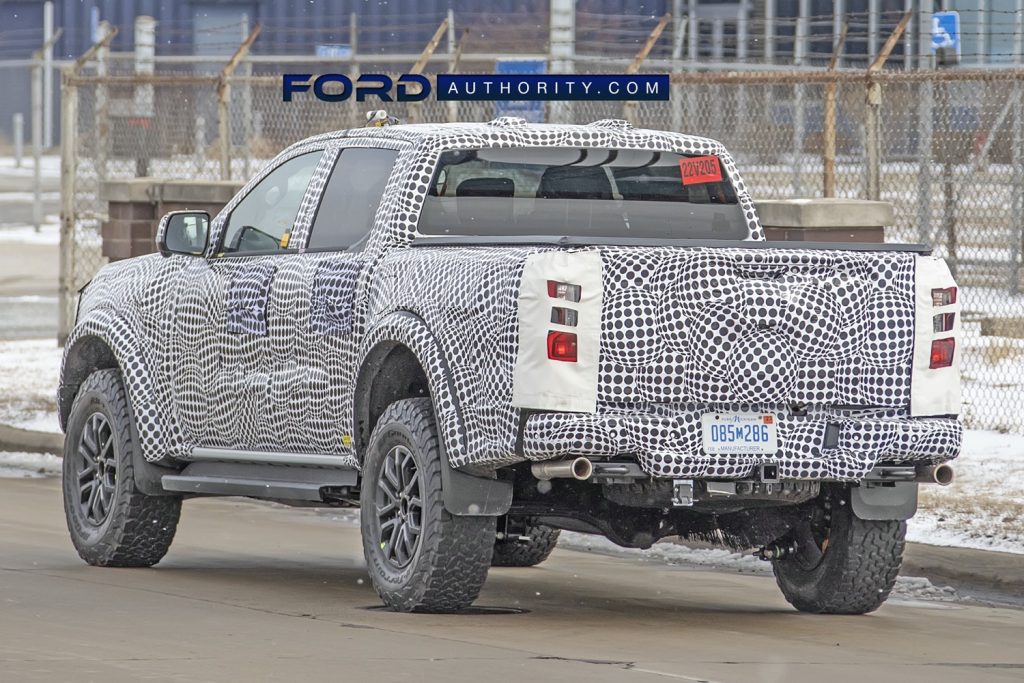 Currently, the Ranger Raptor is powered by Ford’s 2.0L EcoBlue Bi-Turbo I-4, which produces 210 horsepower and 369 pound-feet of torque. In its hottest current form, the 2.7L EcoBoost V6 produces 335 horsepower and 380 pound-feet of torque. Regardless of how much power it makes in the Ranger Raptor, the 2.7 will likely be backed up by Ford’s 10-speed automatic transmission, as is the case with the current U.S.-spec Ranger. 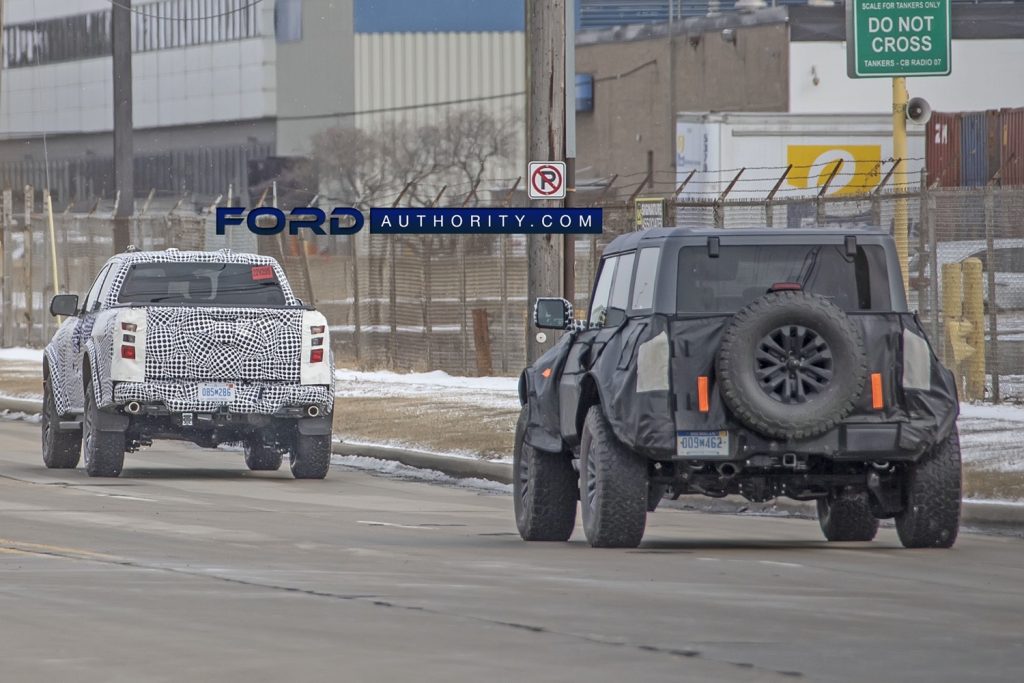 The next-gen Ranger is rumored to be launching for the 2022 model year, and will reportedly continue to ride on the Ford T6 platform, like the current model and the 2021 Ford Bronco, albeit with some modifications.

We’ll have much more on the next-gen Ranger and Ranger Raptor as soon as it’s available, so be sure and subscribe to Ford Authority for more Ford Ranger news and around-the-clock Ford news coverage.