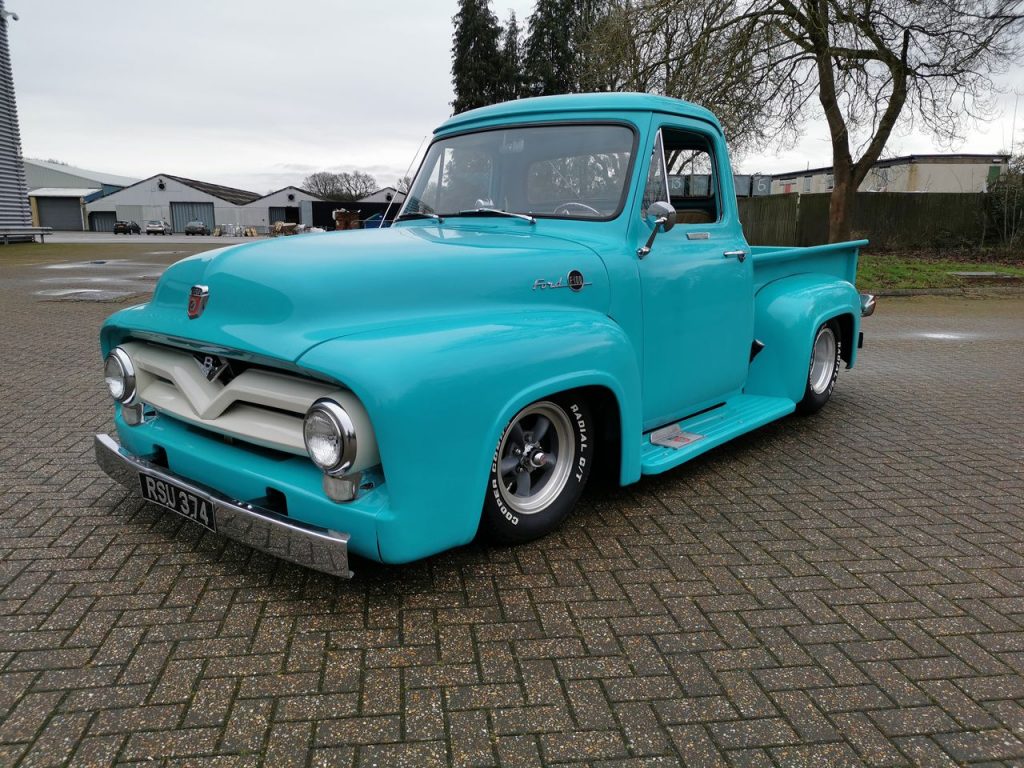 In our book, few trucks in history measure up to the second-generation Ford F-Series, which was produced for the 1953-1956 model years. These curvaceous haulers looked amazing, ushering in a new era where automakers actually worked to make their trucks visually unique from their passenger car lineups. And now, someone in the UK has the chance to bring home a very special 1955 Ford F-100 courtesy of Classic Car Auctions. 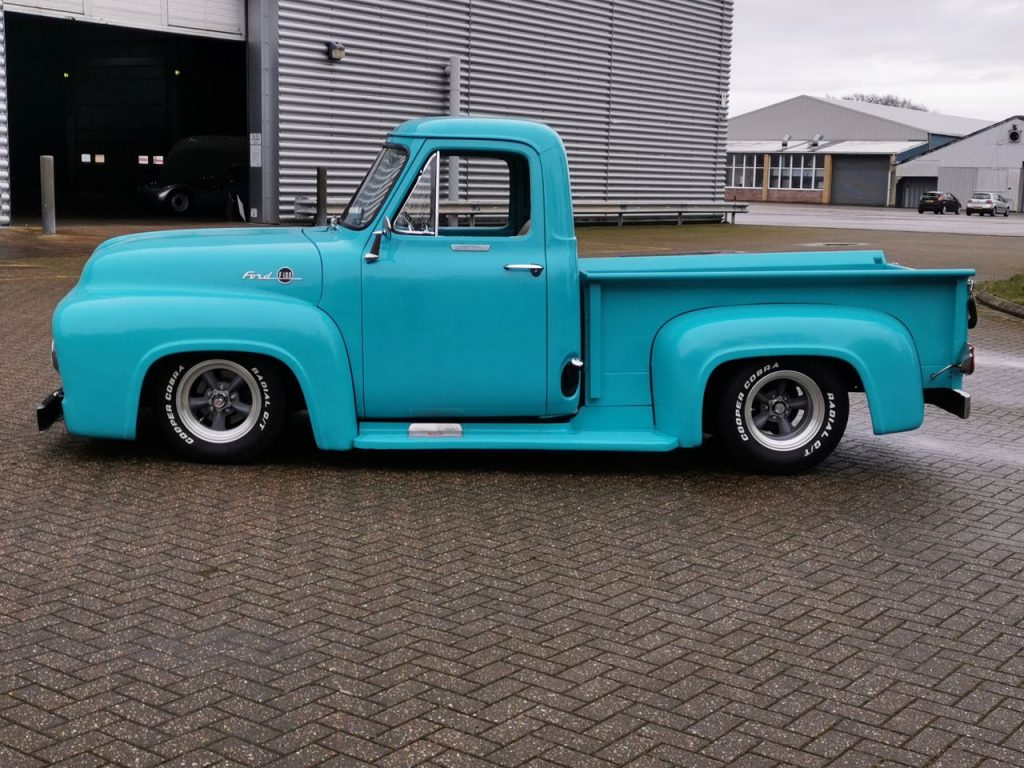 According to the listing, this 1955 Ford F-100 was just finished, and now it’s sporting a very attractive shade of Turquoise Blue on its curvy flanks. The vintage pickup rides on a set of timeless American Racing Torq Thurst wheels wrapped in Cooper raised white-letter tires for that perfect look that will simply never go out of style. 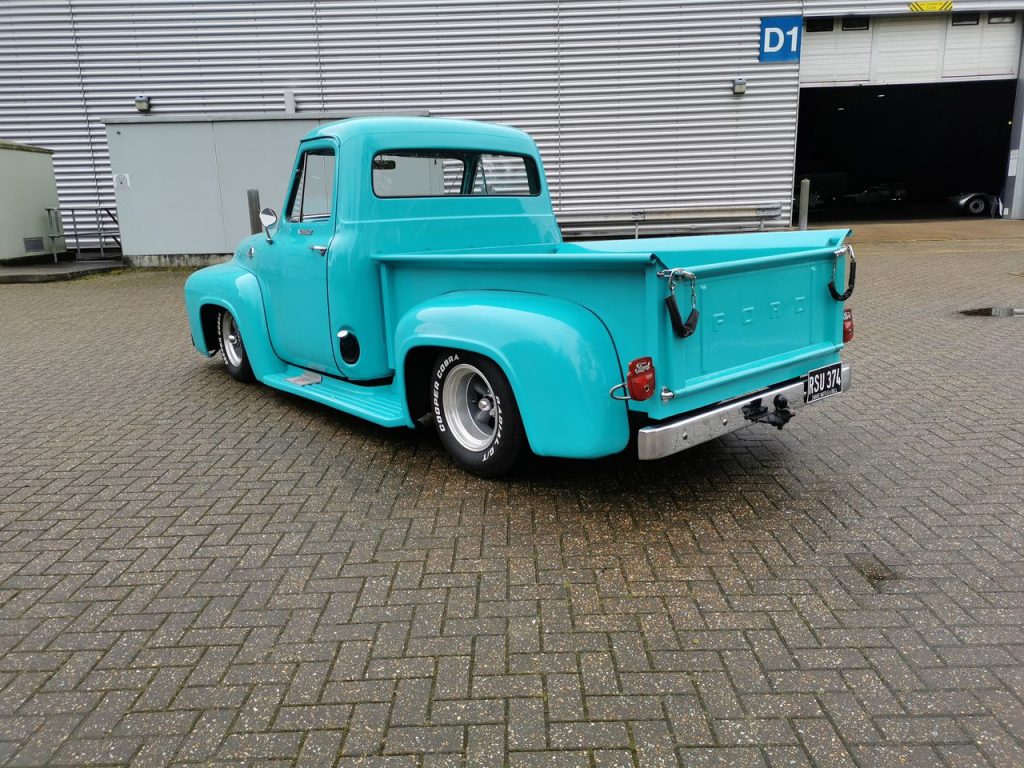 The classic F-100 does sit rather low, however, thanks to the installation of some new suspension components including an independent front setup. The only bone to pick here is the powerplant the previous owner went with – a Chevy 350 V8, which sends power back to a 9-inch Ford rear end courtesy of a three-speed automatic gearbox. 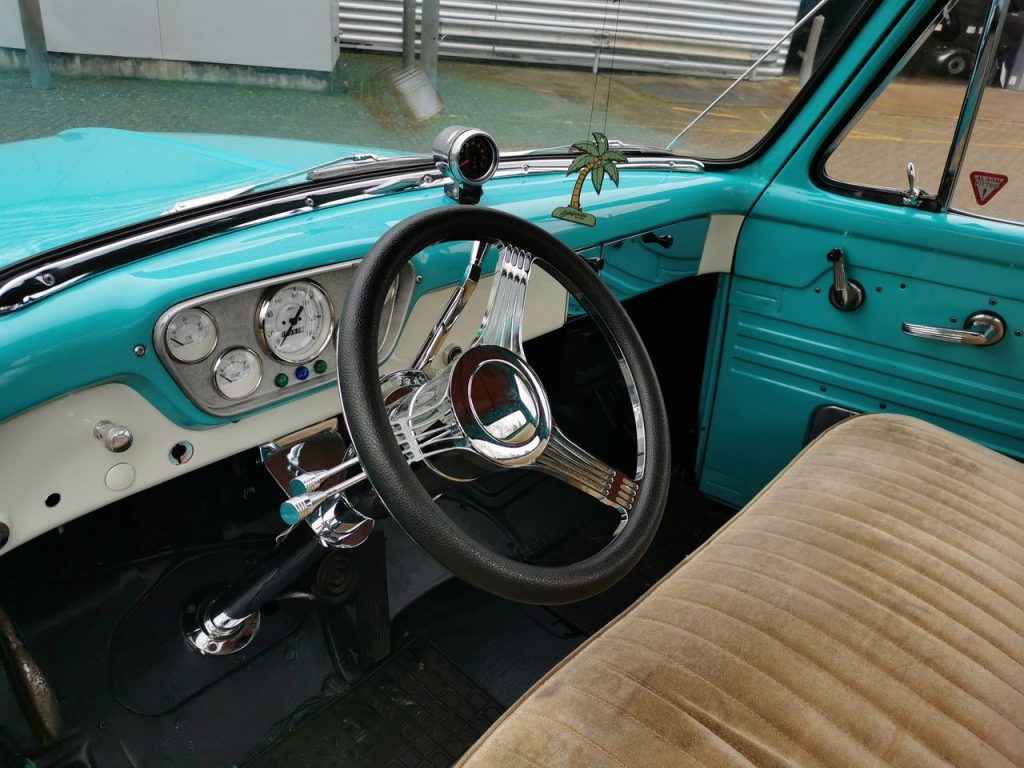 Look in the bed, and it’s clear that this pickup won’t be hauling stuff back there anymore either, as it now wears fresh oak wood in the floor. The interior has been gone through as well, with a beige velour covering the bench seat, surrounded by turquoise and white painted parts. The steering column and billet wheel are nice additions, as are new gauges with a dash-mounted tachometer. 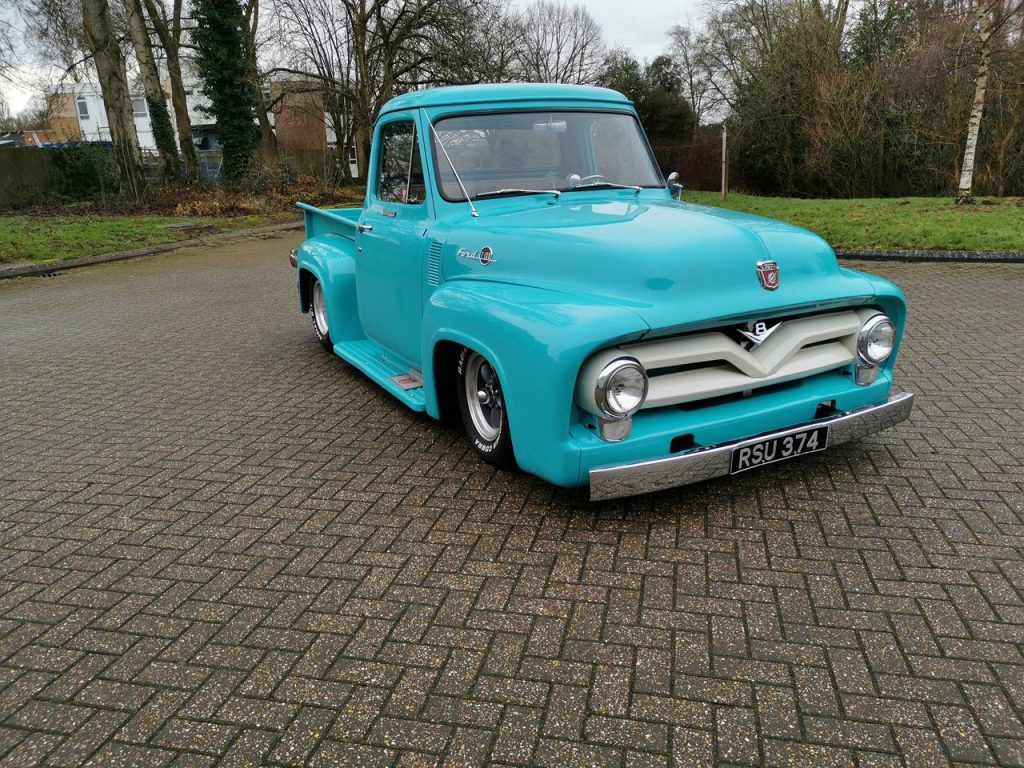 We’ll have more cool Fords for sale to share soon, so be sure and subscribe to Ford Authority for the latest Ford F-Series news, Ford F-100 news, and continuous Ford news coverage.