Just yesterday, Ford revealed its brand new ULTRA4 4400 Broncos, three hardcore racers destined to compete in this year’s King of the Hammers off-road race, which kicks off today. Now, they’ve also released a new video of the ULTRA44 4400 Broncos in action, along with a pair of 2021 Ford Bronco models, taking to the desert while their respective drivers talk about their new rides. 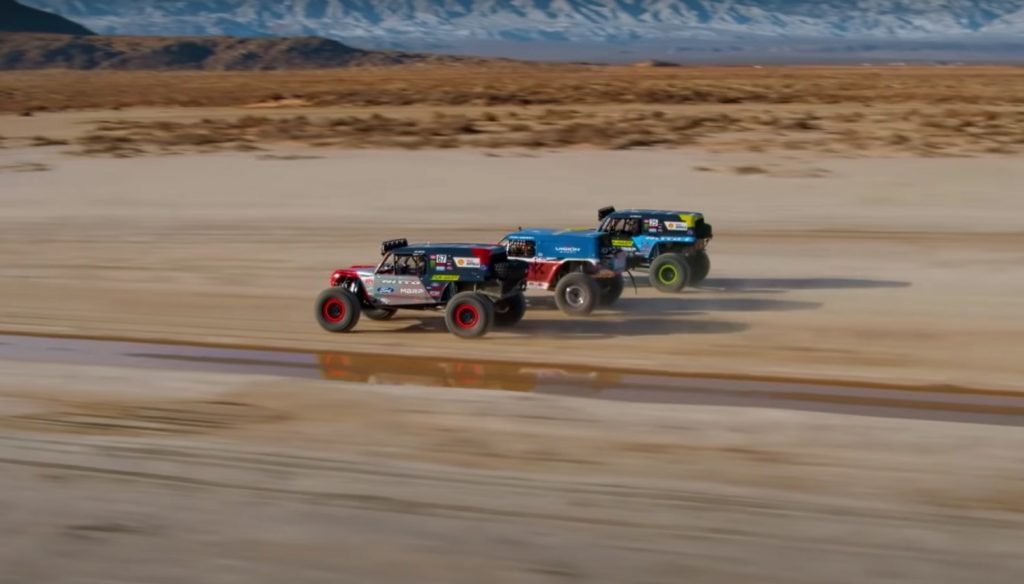 The newest racing Ford Bronco models should feel right at home in Johnson Valley since much of their development and durability testing took place there. The unlimited class that the racers are participating in also just so happens to be the one that helped launch King of the Hammers in the first place, though they’re a far cry from the production vehicles we’ll be driving this summer.

These rigs feature a full tubular chassis, a long-travel suspension, gigantic tires, and custom drivelines that help them go over any type of surface at high speed. Ford didn’t reveal any drivetrain specifics, however, so we’re left to guess what powers them. But the fully race-prepped interiors do feature the first-ever FIA off-road certified Pro Pacer XL ORV race shells from Recaro, which is a nifty touch. 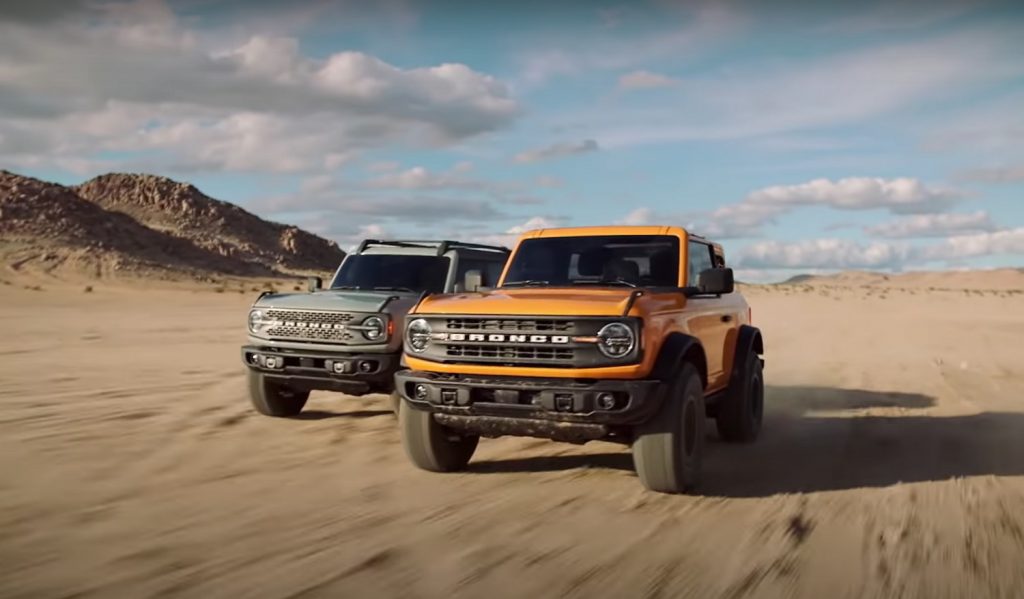 Ford will also have several other vehicles on display at the race, including the Bronco R Race Prototype, which served as a testbed for the production Bronco two- and four-door SUVs. Also on hand will be the Ford Bronco Sport, which brought home a class win at the 2020 Rebelle Rally. Plus, one never-before-seen Bronco model will also debut live on February 3rd at King of the Hammers. 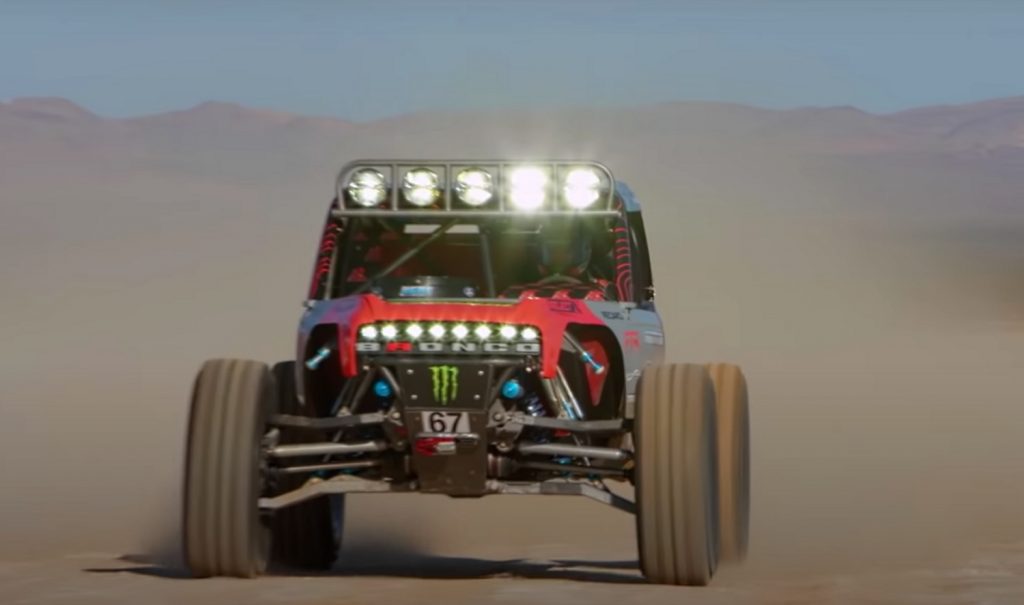 The all-new 2021 Ford Bronco two-door, four-door, and Bronco Sport models on site will provide many enthusiasts their first up-close and personal look at the all-new family of rugged SUVs – with media drives of Bronco Sport and ride-alongs in the Bronco offered throughout the week of the event.

This year’s King of the Hammers begins February 2nd with qualifying, and the official race is February 6th, with 450 teams expected from around the world – in both modified stock and extreme off-road vehicles. All will compete to be crowned king in one of the most grueling desert courses ever created combining high-speed racing with low-speed rock crawling.

The 2021 King of the Hammers race will be live-streamed and can be viewed here when the action kicks off today.

We’ll have more King of the Hammers coverage soon, so be sure and subscribe to Ford Authority for more Ford Bronco news and 24/7 Ford news coverage. 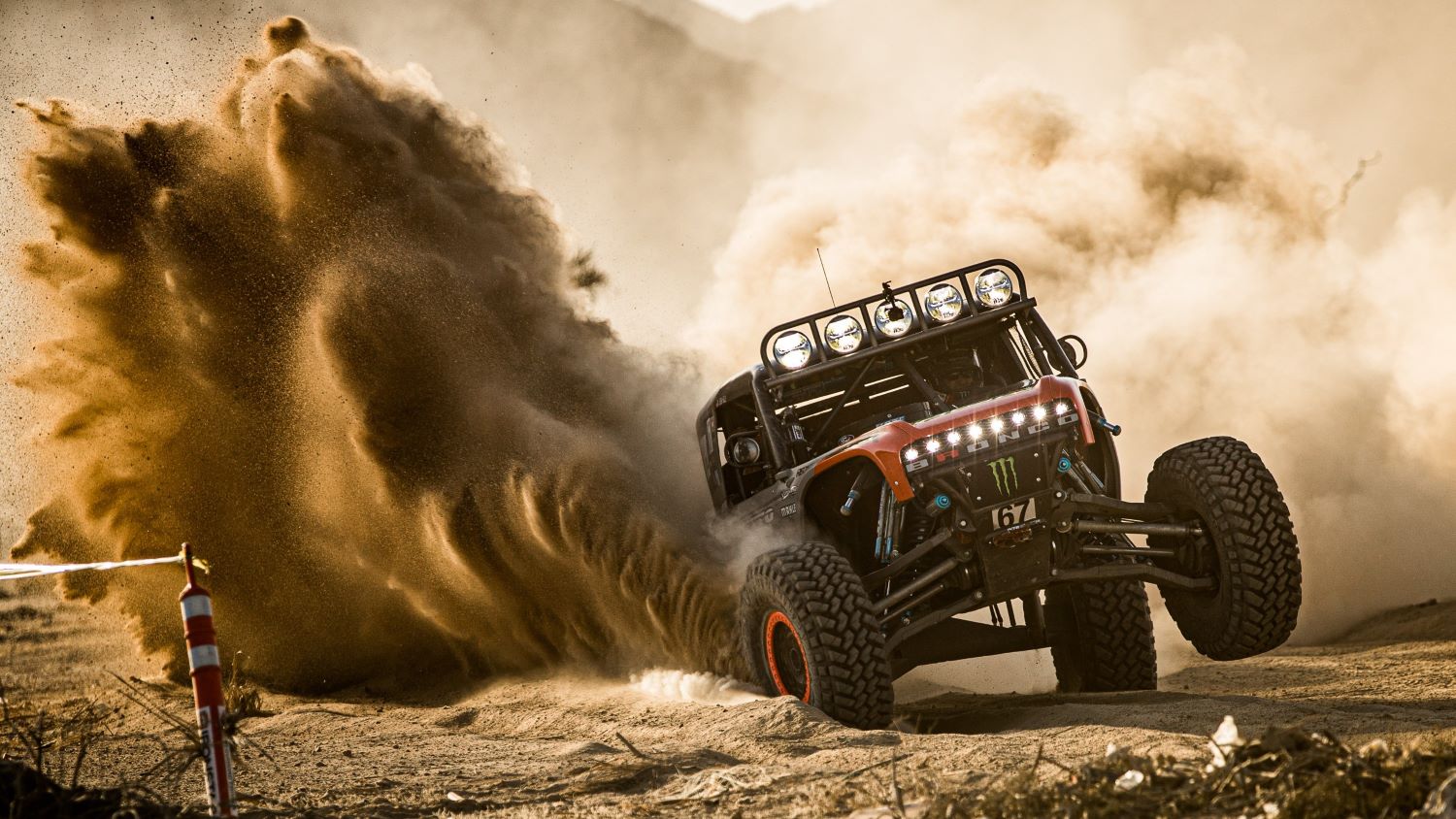