After previously spotting a 2021 Ford Bronco Badlands two-door driving around with a set of pocket-style Bushwacker fender flares installed, now we’ve come across yet another Ford Bronco Badlands with a set of aftermarket flares on it, but this time, it’s a four-door model. There are also subtle differences in the design of the flares present on this particular Bronco, too. Whereas the two-door we spotted was sporting Bushwacker fender flares with exposed bolts, the flares on this Bronco Badlands four-door model are smooth all the way across and appear to bolt in the same way the stock fenders do, with fasteners located on the bottom. 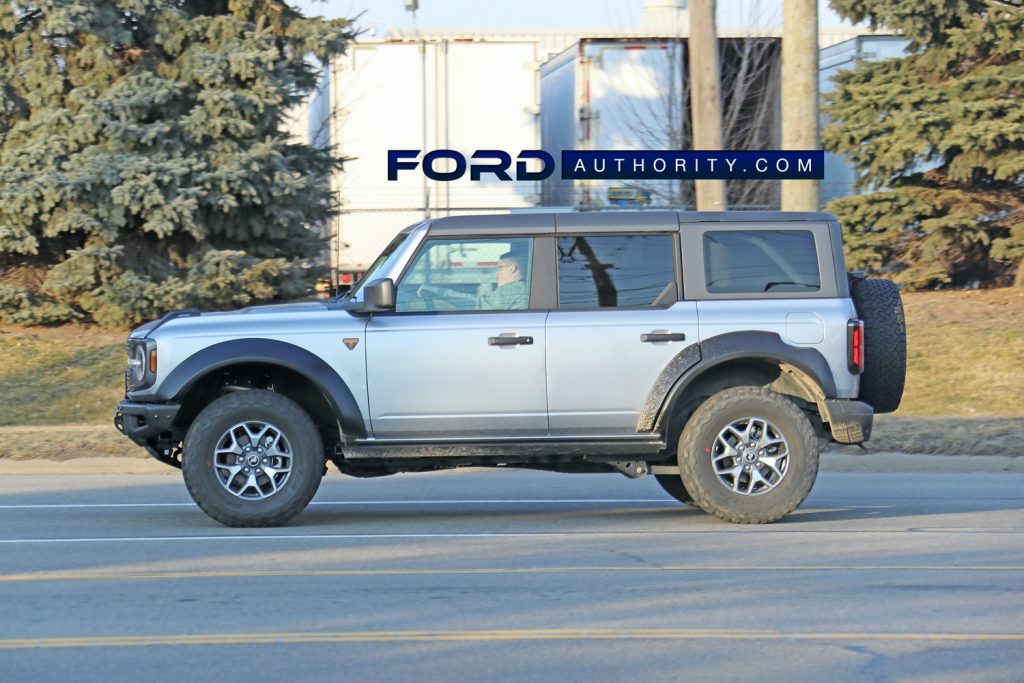 Otherwise, the design looks very similar and nearly identical. That means their overall size is quite large, disproportionately so when compared to the stock wheels and 33-inch tires. Of course, these large flares were designed for folks that plan on swapping their Bronco’s wheels and tires out for a much larger set. With 35- or 37-inch tires stuffed under there, these flares would look much more appropriate. But we’re certain that we’ll be seeing something like that very, very soon. 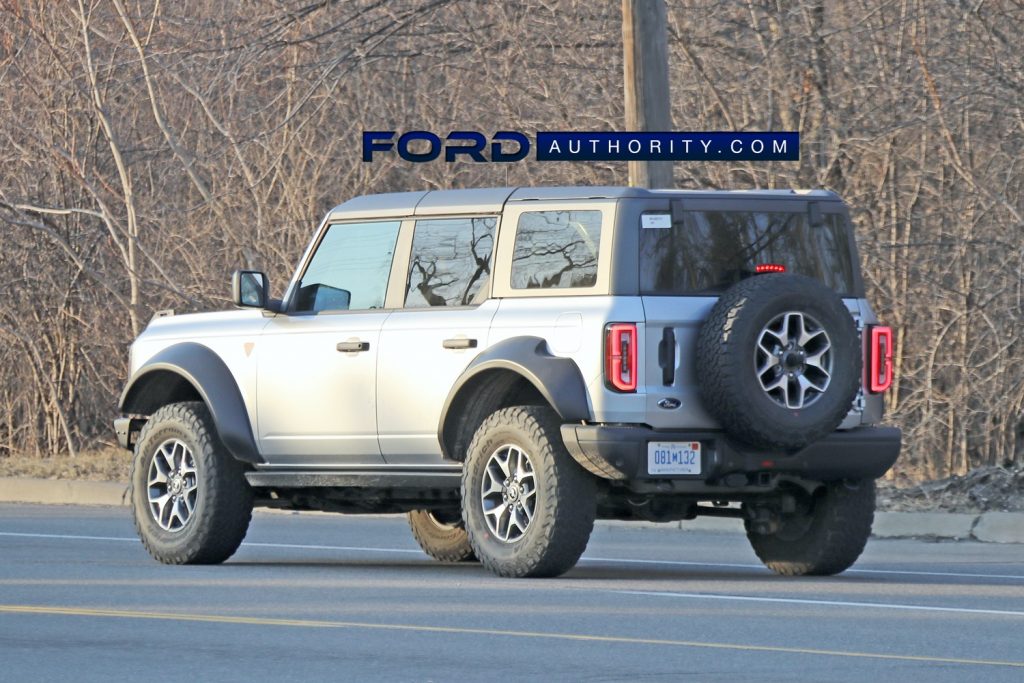 A large percent of Ford Bronco owners will be installing some sort of aftermarket fender flares, or at least one aftermarket part and accessory in general on their respective rides. Ford knows this, which is why it designed the Bronco to be easy to modify in the first place, as we recently reported. Fender flares and wheels and tires figure to be among the most popular accessories, and can also be swapped out in a matter of minutes. Thus, for those that don’t like the look of these Bushwacker fender flares, fear not – over 200 accessories are on the way when the Bronco launches this summer, and owners will eventually have many, many different kinds of flares to choose from.

We’ll have more on the Bronco and its forthcoming wave of parts and accessories soon, so be sure and subscribe to Ford Authority for more Ford Bronco news and 24/7 Ford news coverage.

2020 Lincoln Aviator Reads The Road For A Smooth Ride: Video