A lack of semiconductor chips will once again disrupt production of the 2021 Ford F-150, per a report from Reuters. As extensively covered by Ford Authority, this latest work stoppage, while temporary, is the latest in a long line of plant shutdowns that have adversely affected a number of Ford Motor Company vehicles, including the Ford Escape and Ford Edge.

As a result of this latest parts shortage, the Ford Dearborn Truck plant will idle production of the 2021 Ford F-150 from March 26th, 2021 through March 28th, 2021. Currently, the plant is scheduled to resume production on Monday, although any loss of output represents one less example the company can sell, a fact that will certainly hurt the company’s wallet in the near future. Production of the 2021 Ford F-150 at the Ford Kansas City Assembly plant is not affected by this latest supply issue.

Previously, Ford stated that it would still be able to construct the light-duty truck without the crucial chips and keep unfinished examples on site until the parts could be installed. That altered procedure was projected to last for several weeks, but it appears the shortage may be more acute than Ford anticipated.

Aside from the 2021 Ford F-150, other vehicles in the F-Series lineup have also been affected by the chip shortage. Ford Authority very recently outlined the production alterations at the Ford Ohio Assembly plant and the Ford Kentucky Truck plant, which are currently operating on truncated schedules because Ford does not have an adequate supply of parts for the Ford Super Duty pickups. Production isn’t slated to return to normal at either facility until March 29th, 2021. 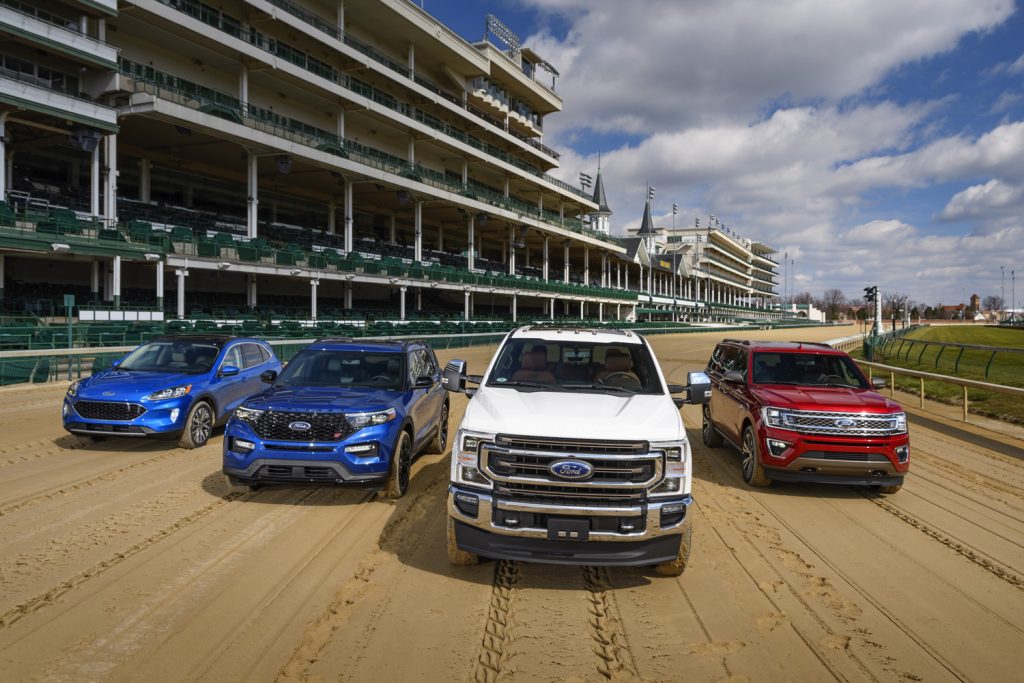 At this point, Ford has had to pull back production on nearly every nameplate it sells in America due to the chip shortage. Ford CEO Jim Farley expects the crisis to last until Q3 2020, and the company is bracing for a $1 billion to $2 billion loss off its 2021 profits as a result of the lack of chips.

We’ll report on any additional production disruptions as they happen, so subscribe to Ford Authority for the latest Ford F-150 news, Ford business news, and around-the-clock Ford news coverage.