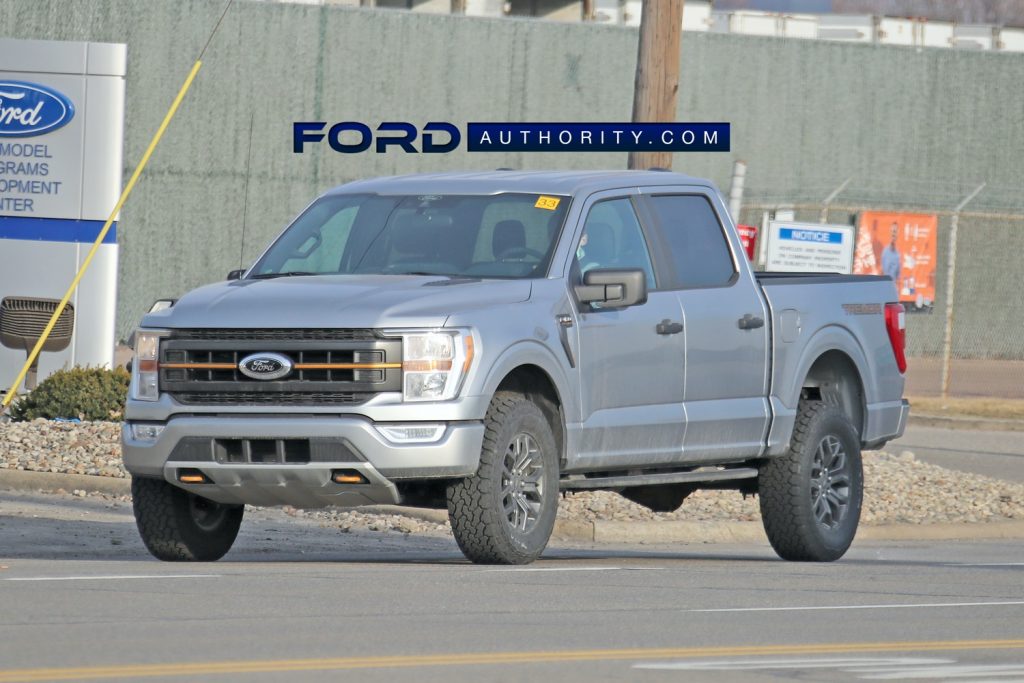 Just a couple of weeks ago, Ford Authority spotted the 2021 Ford F-150 Tremor in the flesh for the very first time. However, that particular pickup was a higher trim level, which is notable because as we reported recently, the F-150 Tremor is not a standalone package like it is on the Ford Ranger and Ford Super Duty pickups, but rather three trim levels based around three already-existing trims. Now, we’ve spotted the 2021 Ford F-150 Tremor Standard, 400A model for the very first time. 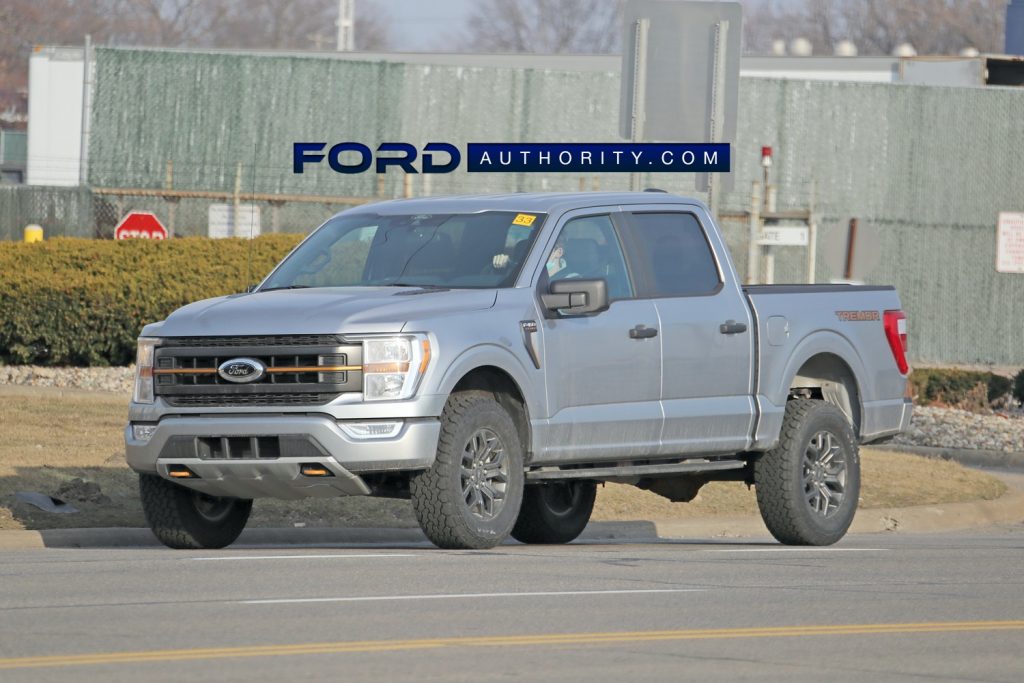 There are several clues that indicate that this is the 2021 Ford F-150 Tremor Standard. For starters, it lacks a SecuriCode pad on the driver-side door. It is also wearing plain black door handles and side mirrors, along with halogen headlights instead of LED units. The Mid (401A) Tremor would have LED headlamps, as it’s based on the XLT 302A. 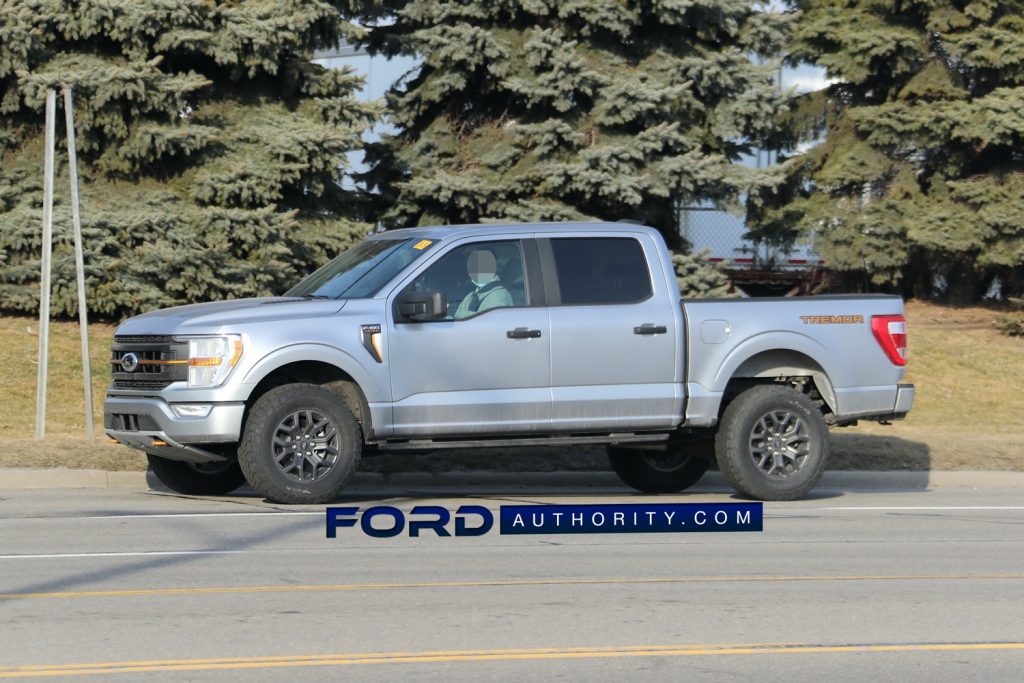 Otherwise, the Tremor package adds the same goodies to this Standard model as it does to higher trims. That includes a redesigned hood and front end with a unique grille featuring a black Ford oval, which is highlighted by the signature Tremor color of Active Orange that also accentuates two front recovery hooks. 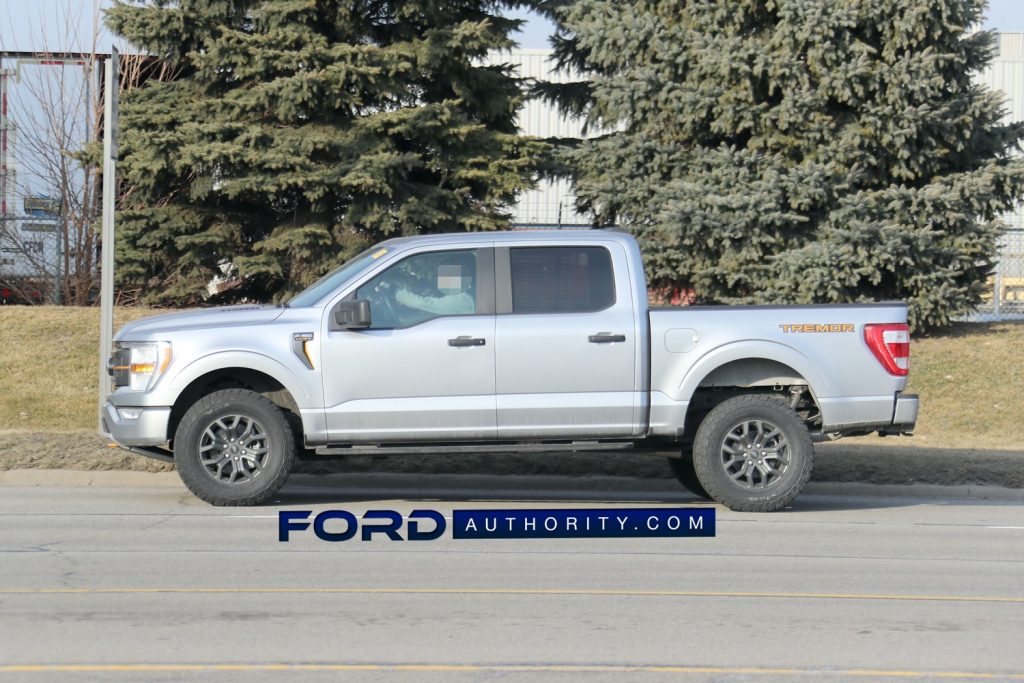 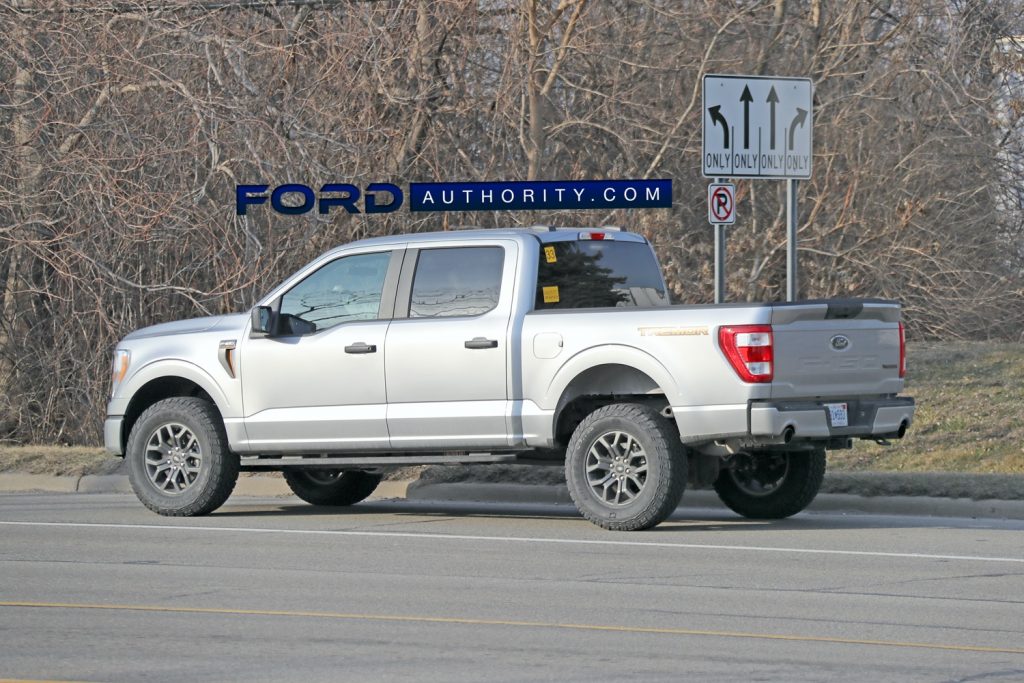 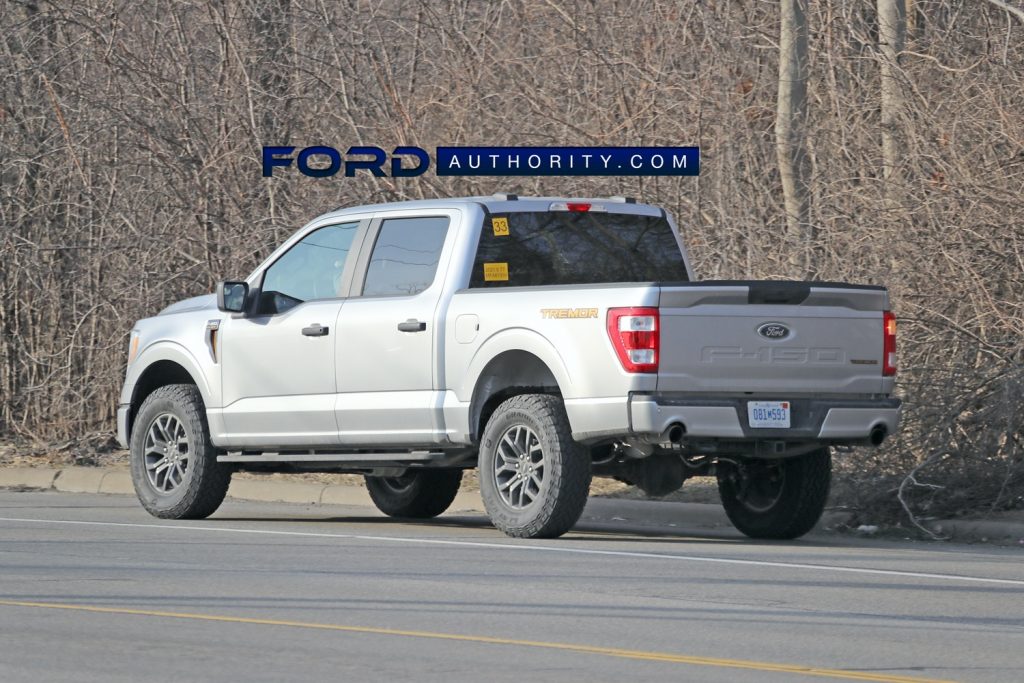 The 2021 Ford F-150 Tremor rolls on a set of unique matte-finish 18-inch wheels wrapped with 33-inch General Grabber all-terrain tires. It also includes a locking rear differential, with an optional late-availability upgrade to a Torsen limited-slip front differential, while Tremor high series customers get a torque-on-demand transfer case similar to the one used in the F-150 Raptor. The F-150 Tremor is expected to launch this summer.

We’ll have more on the new F-150 Tremor soon, so be sure and subscribe to Ford Authority for the latest Ford F-Series news, Ford F-150 news, F-150 Tremor news and continuous Ford news coverage.