The year 2021 marks what would have been Carroll Shelby‘s 98th birthday, so Shelby American – the automotive giant’s namesake – is marking the occasion by unleashing its “bundle of snakes” 2021 Ford Mustang Shelby lineup. That group of cars includes the Shelby GT, Shelby GT500SE, and Shelby Super Snake, each of which will be limited to 98 units this year. The trio was unveiled, along with the new 2021 Ford Shelby Super Baja F-250, in front of a small group at this weekend’s Taste of Motorsports Experience in Arizona ahead of their formal public introduction at the Barrett-Jackson Scottsdale auction. 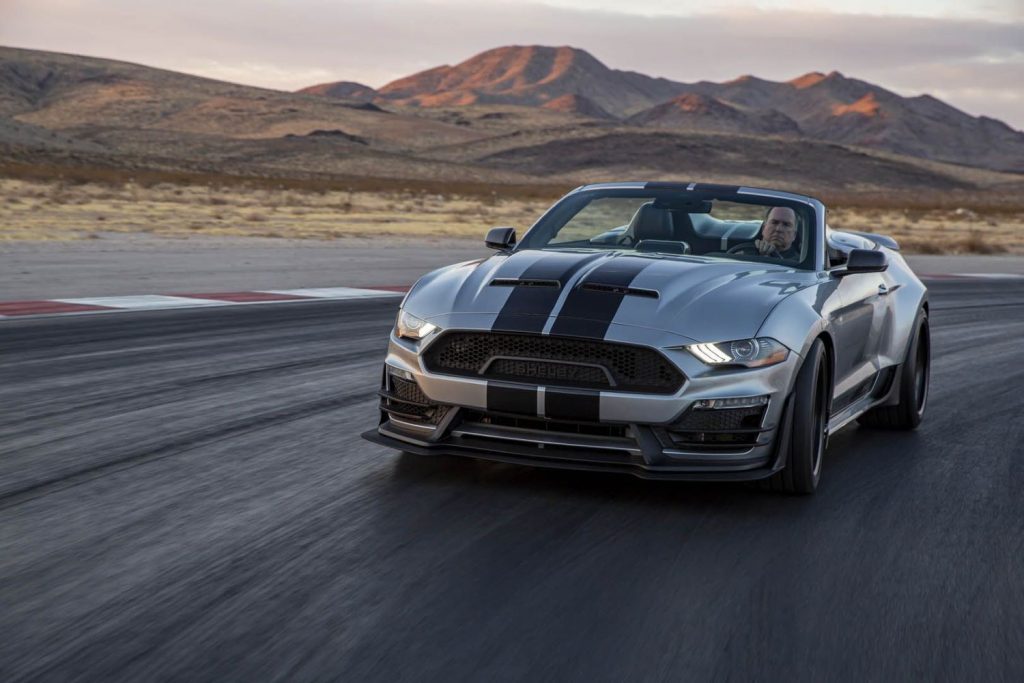 In addition, the Shelby Signature Edition package for the 2015-2020 Ford Mustang Shelby GT350, including the R model, along with the Shelby 1000 and Shelby Super Snake post-title packages for the 2012-2014 Shelby GT500, are also still available from Shelby American.

“The 2021 model year represents a significant new chapter at Shelby American,” said Gary Patterson, president of Shelby American. “This is the most diverse group of Ford Mustang-based Shelbys in our history. While the amazing Ford Mustang is a world-class car from the factory, our team created additional models so we can offer something for everyone who dreams of owning a high-performance Shelby. From the daily driver Shelby GT to the technically sophisticated Shelby GT500 SE package and the limited-edition Shelby Super Snake Speedster, we’ve never offered so many choices.” 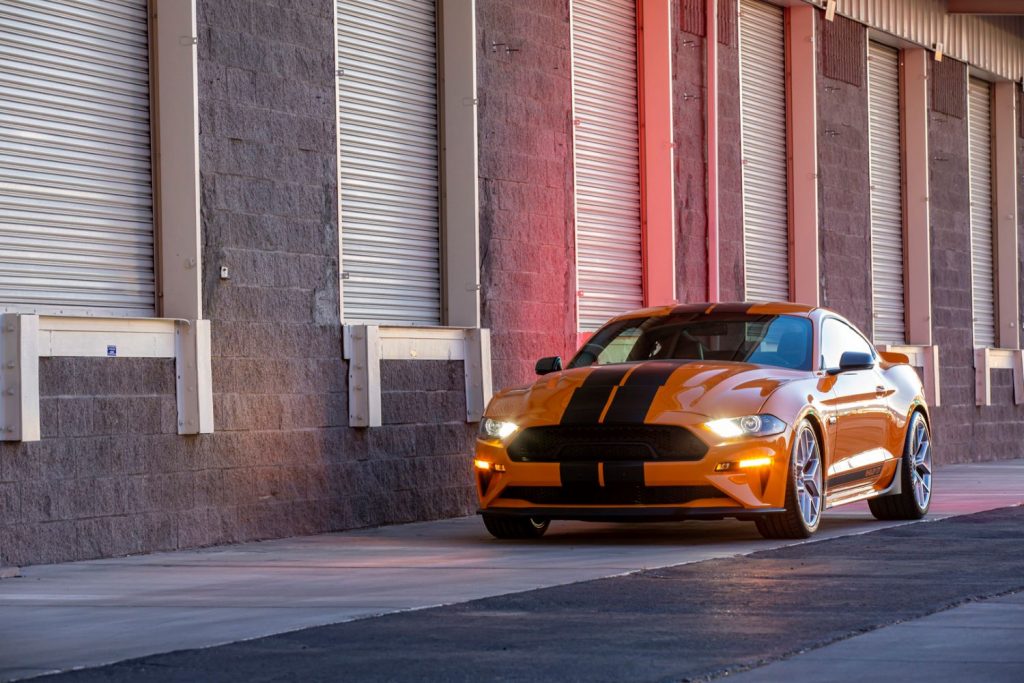 The Shelby GT features a 480 horsepower V8, a deep draw hood with functional vents, Ford Performance suspension, Borla cat-back exhaust, 20-inch wheels wrapped with high-performance tires, Shelby styling, and a custom interior. The GT starts out at $62,310 including the base car. Shelby also offers many custom parts for the car, including the S/C package that adds a supercharger to bring horsepower up to 700 horsepower, and buyers can choose between a manual or automatic transmission, as well as fastback or convertible.

The latest offering from Shelby American is the Signature Edition (SE) package for the 2021 Shelby GT500. It has over 800 horsepower at an MSRP of $104,900, including the donor car. The SE has a host of other enhancements that range from a lighter dry carbon fiber performance hood with functional air vents to high flow cooling, suspension modifications, and styling changes. A portion of the sale from each SE package benefits the Carroll Shelby Foundation. 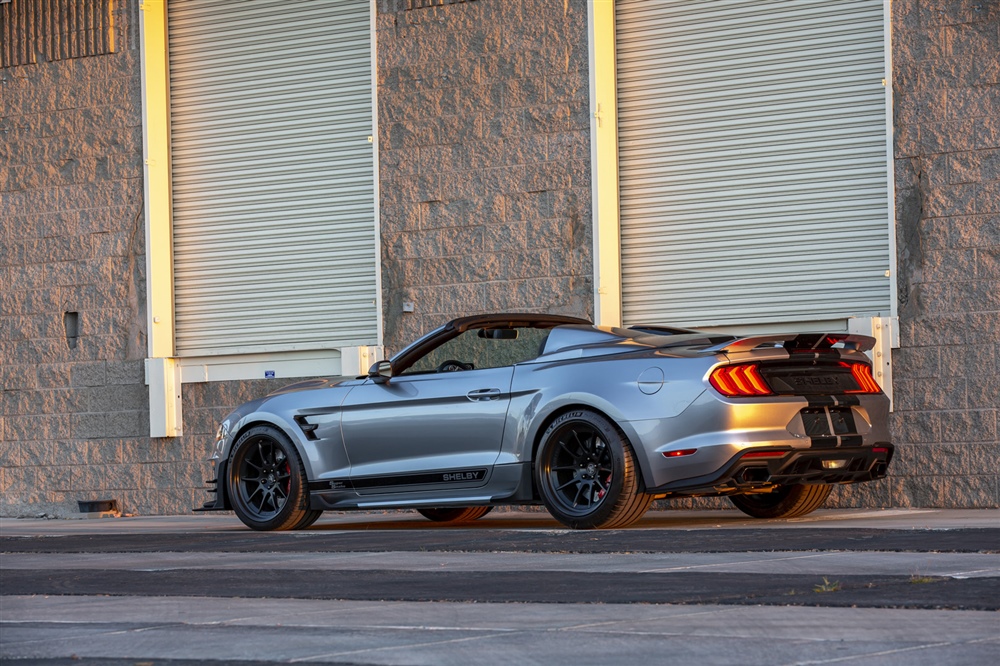 At the top of the 2021 Ford Mustang Shelby American lineup is the venerable Super Snake, which traces its roots back to the one-off experimental car created in 1967. The 2021 model offers up over 825 horsepower from its supercharged 5.0L Coyote V8 and is available with a manual or automatic gearbox, as well as fastback and convertible configurations with a starting MSRP of $133,785.

New for 2021, Shelby will offer a total of 98 Speedster edition Super Snakes for the U.S. market. The Shelby Super Snake Speedster transforms the car into a two-seat roadster, includes a convertible tonneau and unique striping, as well as special floormats and door sill plates. The Super Snake is available with options including painted stripes, a wide-body package, Penske track suspension, and rear seat delete with harness bar. MSRP for the optional package is $4,995. 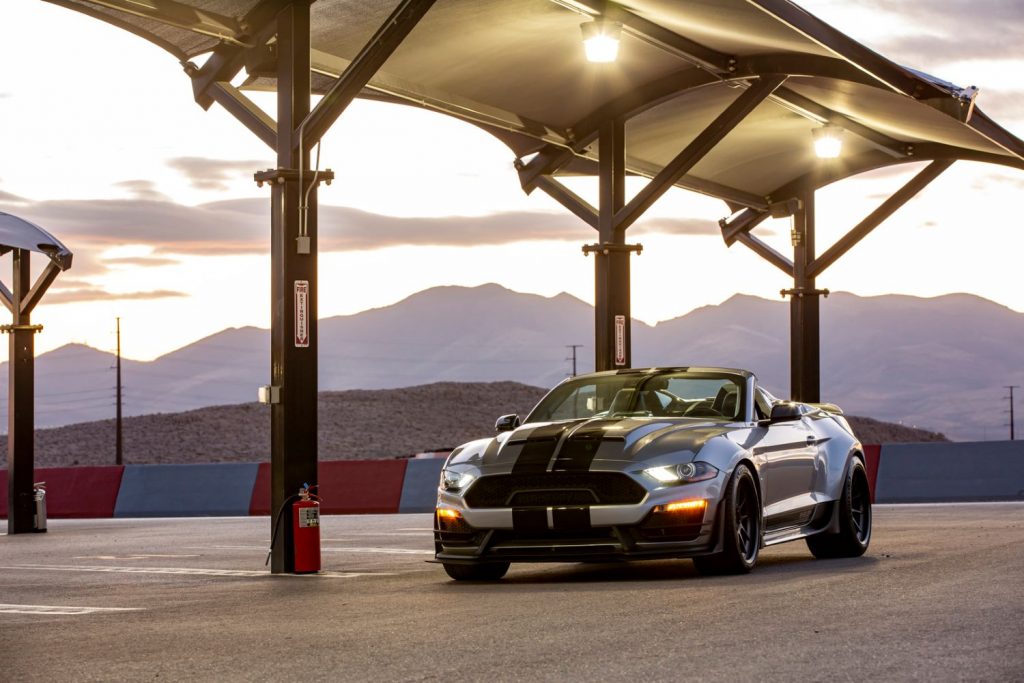 The Shelby Super Snake is offered through select Tuscany and Ford dealers across the United States. The Carroll Shelby Signature Edition post-title packages and Shelby GT are available through Shelby American and will be built at the company’s Las Vegas facility. A limited number will be built by select Shelby mod shops and distributors internationally.

We’ll have more on the 2021 Ford Mustang Shelby lineup soon, so be sure and subscribe to Ford Authority for more Ford Mustang news and non-stop Ford news coverage.

Ford Will ‘Prune’ Its North American Lineup According To Demand