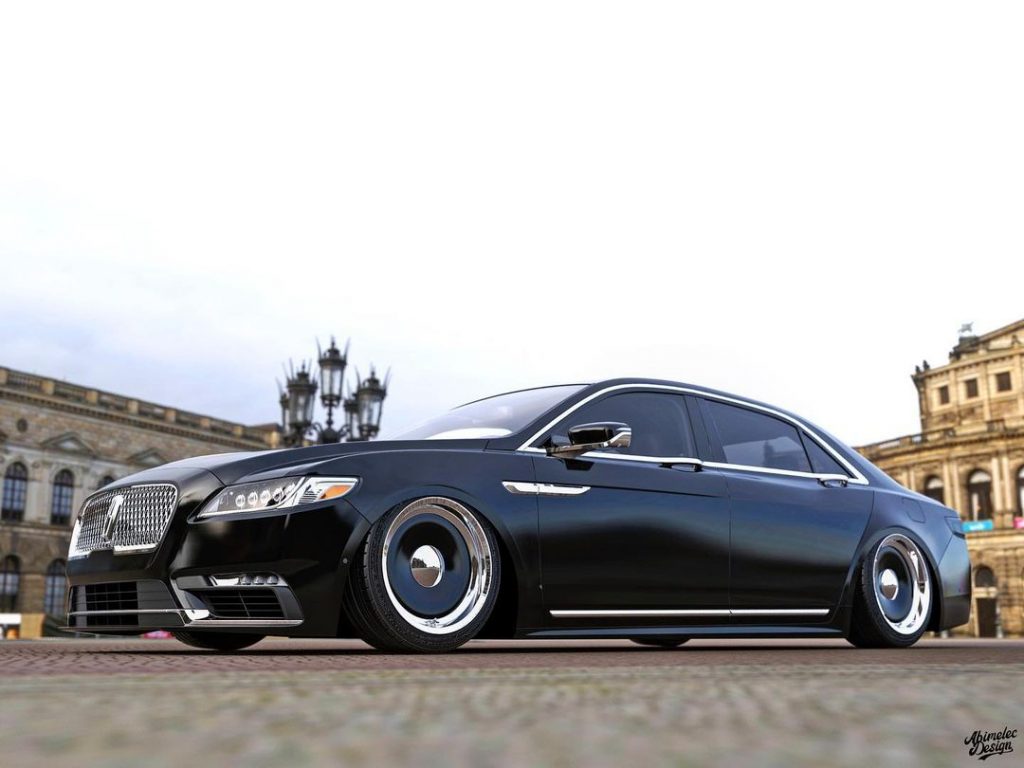 We’ve featured quite a few renderings from artist Abimelec Arellano in recent years, and for good reason – they’re all pretty darn awesome. That certainly applies to his latest body of work – this slammed Lincoln Continental. As Arellano points out, the last-gen Lincoln Continental is/was one of the best-looking vehicles ever produced, and it’s a shame that it has been discontinued. But it lives on in these new pieces of art, at least. 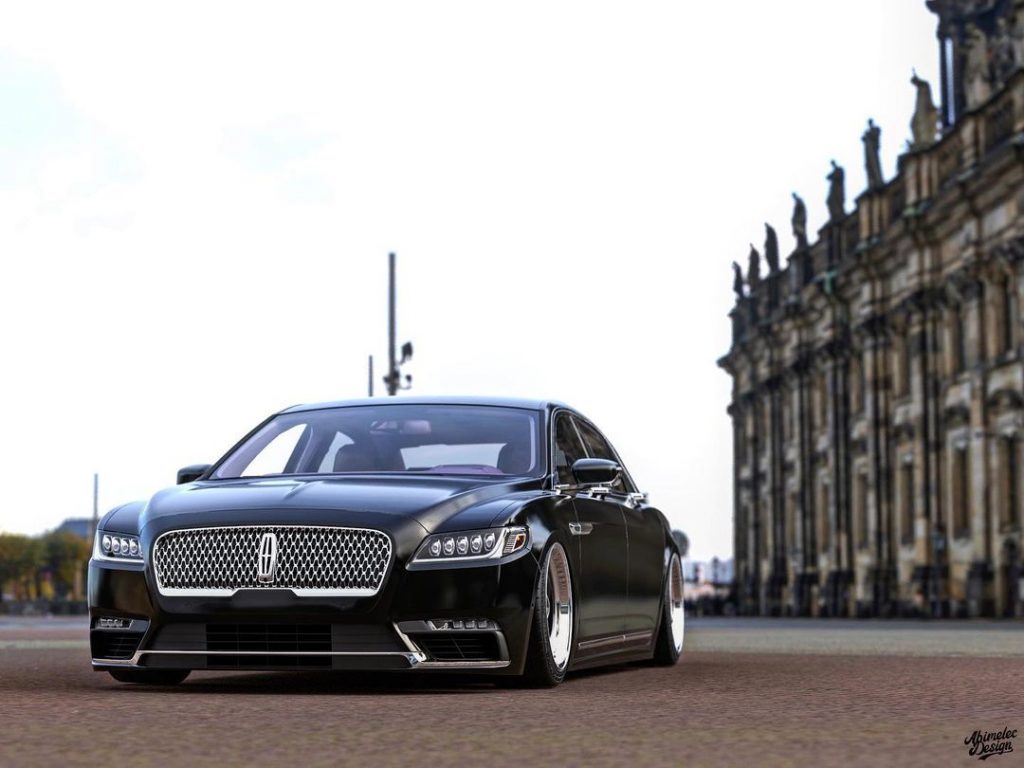 As Arellano points out, the Continental “captured the essence of the classic, fashionable, American way of doing luxury transportation.” However, he wanted to take things to the next level with some renderings of what a slammed Lincoln Continental might look like. Thus, he set out to retain the car’s classy styling while also laying it directly on the ground. 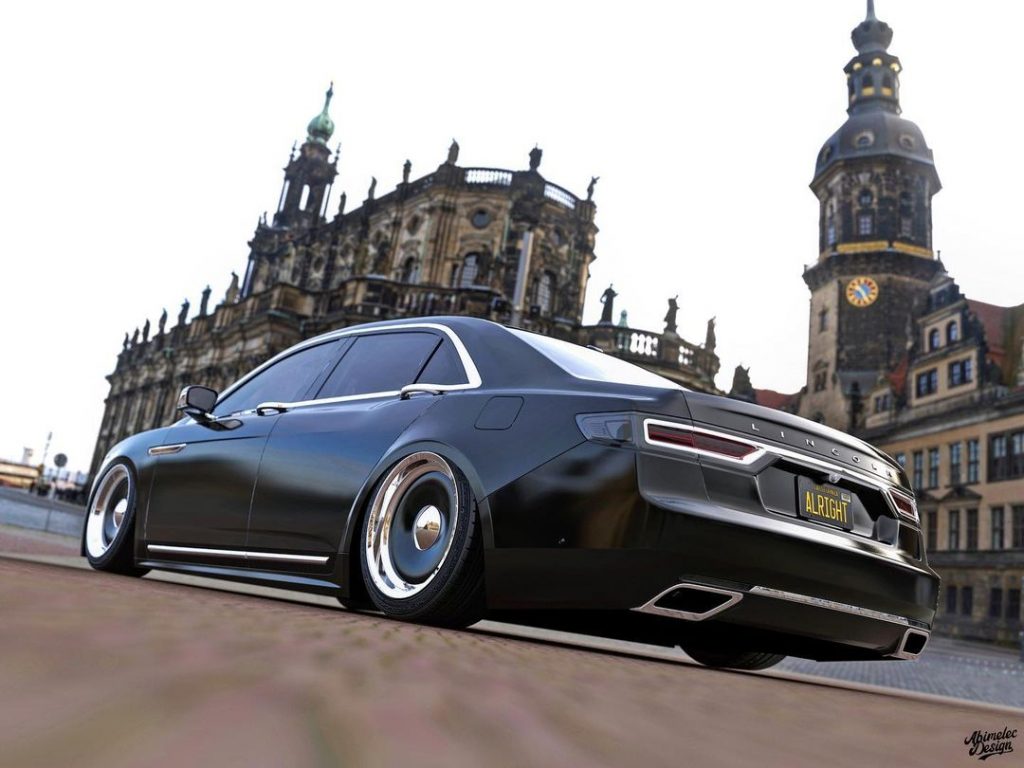 Truthfully, we think it looks pretty darn good. The modern steelie wheels from Detroit Steel Wheel Co. give it a classic look, and the body-color centers with chrome center caps and rings perfectly compliment the appearance of the rest of the car, which is finished in a classy satin black with all the factory chrome. 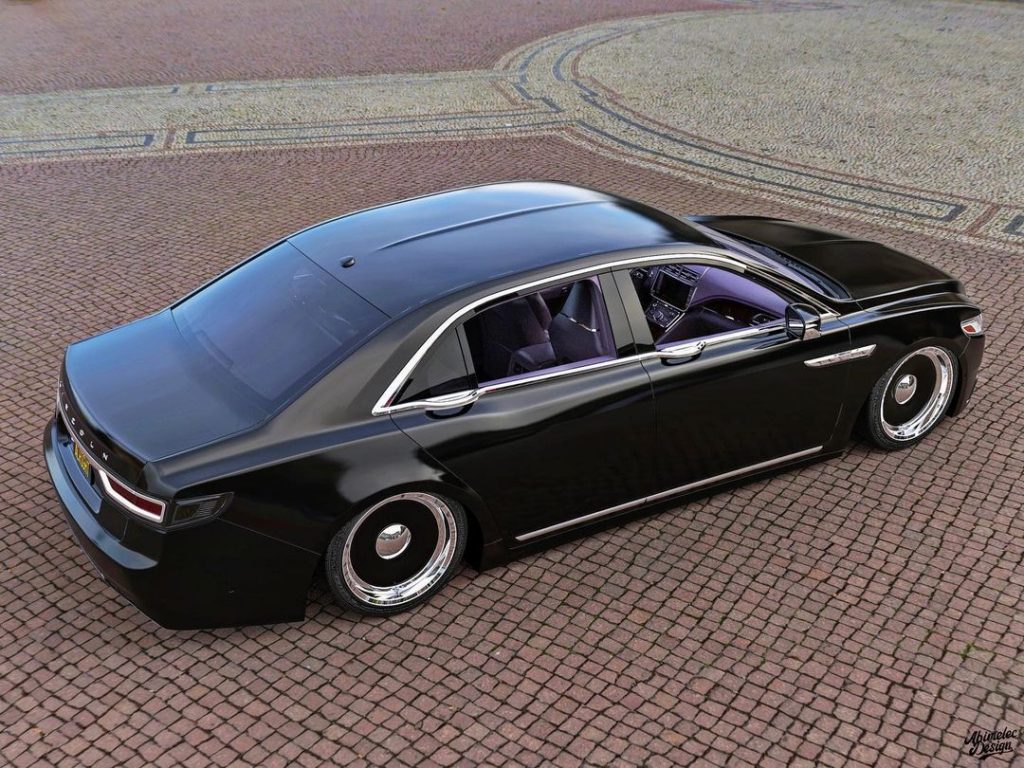 On the inside, Arellano decided to give his slammed Lincoln Continental a custom purple interior with dark oak wood accents, which seems like something that belongs in a Lincoln. After all, the brand is all about American luxury, even though it no longer produces passenger cars for the masses – only crossovers and SUVs these days.

Sadly, it doesn’t seem that Lincoln is planning on building another sedan anytime soon, as Ford Authority exclusively reported some time ago. But that doesn’t mean we can’t enjoy the ones that are already on the road, and perhaps dream up some ideas of what they might look like with some modifications, as is the case here.

We’ll have more cool renderings to share soon, so be sure and subscribe to Ford Authority for more Lincoln news, Lincoln Continental news, and ongoing Ford news coverage.