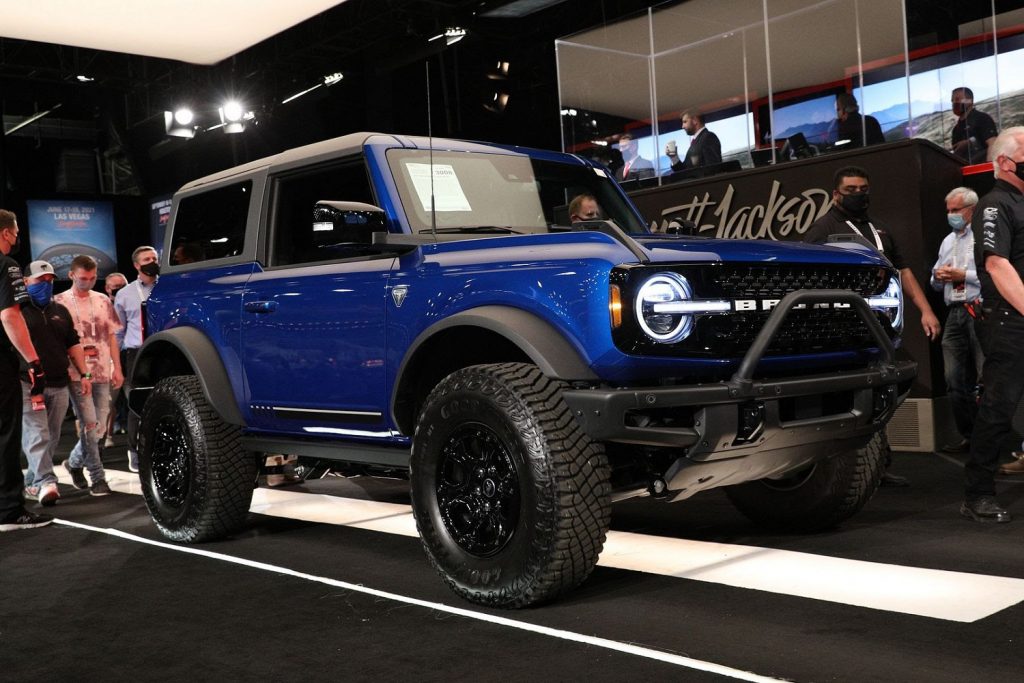 As we reported earlier this year, the very first production 2021 Ford Bronco was all set to cross the block at Barrett-Jackson’s flagship Scottsdale auction on its very last day, in prime time, with all of the proceeds from the sale going to charity. And those who tuned in Saturday night were treated to one heck of a show, as the first production 2021 Ford Bronco – a two-door, Lightning Blue First Edition – sold for a whopping $1.075 million. 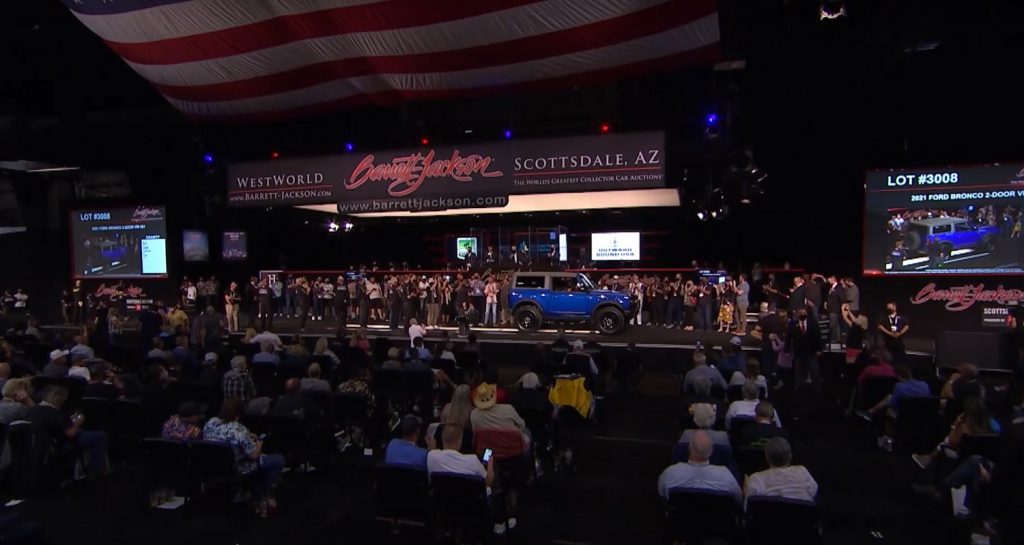 2021 Ford Bronco VIN #001 was one of nine first production vehicles sold at this year’s Scottsdale auction, which in total raised more than $5.8 million for charitable organizations. That lineup including the 2022 GMC Hummer EV, 2022 Cadillac CT4-V Blackwing, 2022 Cadillac CT5-V Blackwing, and 2021 Ford Mustang Mach 1. All of the proceeds from the sale of the first 2021 Ford Bronco will benefit the National Forest Foundation and Outward Bound, which are part of Ford’s Bronco Wild Fund. 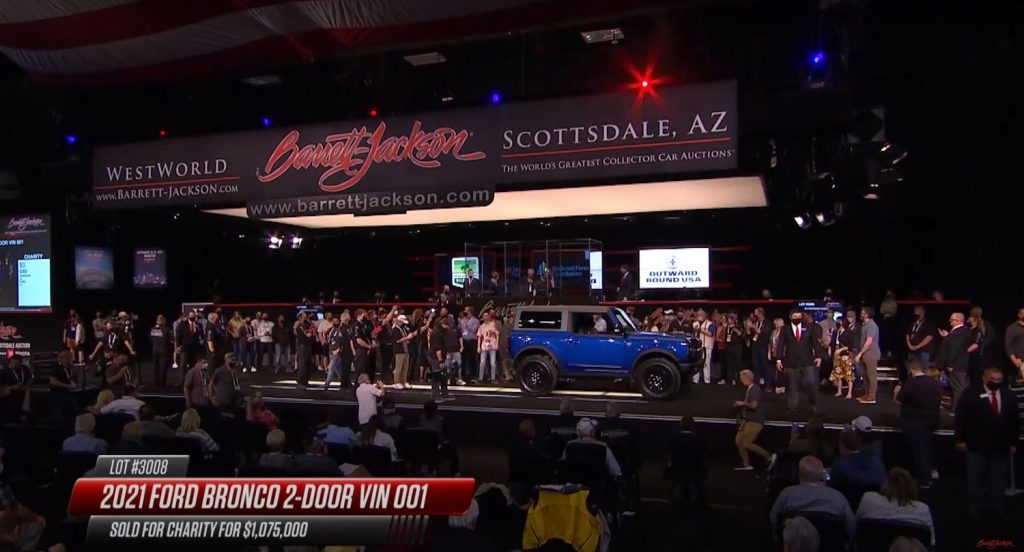 “Barrett-Jackson and the collector car hobby really stepped up for charity in Scottsdale,” said Craig Jackson, chairman and CEO of Barrett-Jackson. “We helped raise millions of dollars through the sale of nine charity vehicles, which included a record number of VIN 001 and first production models ever offered at auction. We’re grateful to our partners at Cadillac, Chevrolet, Dodge, Ford, and GMC chose to leverage the Barrett-Jackson stage and give collectors the opportunity to own a piece of history and also benefit critical organizations. I continue to be inspired by their commitment to supporting those who need our help the most.” 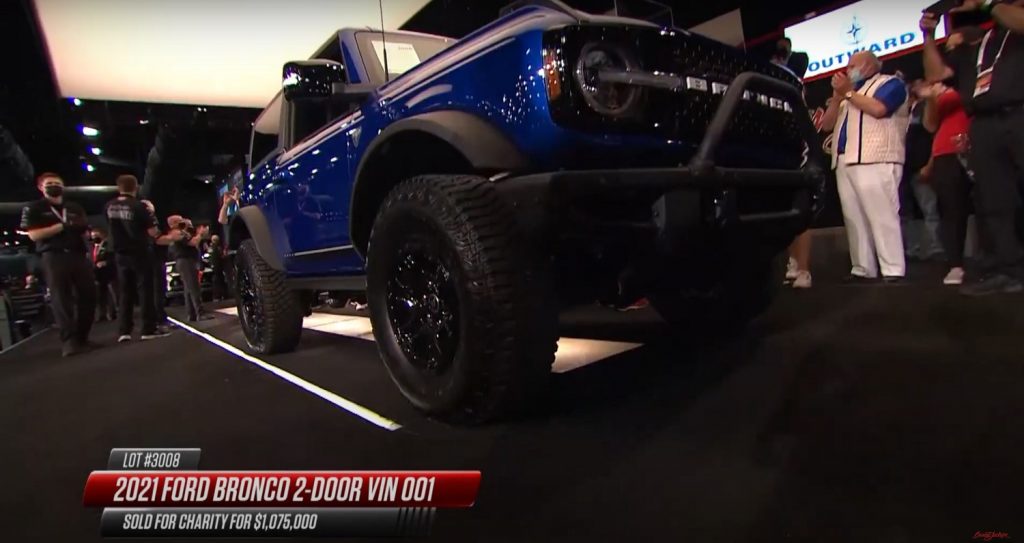 “The compassion of the collector car community is unbelievable,” said Steve Davis, president of Barrett-Jackson. “This week, we opened our hearts wider and dug deeper into our wallets to help raise money and awareness for the people and causes we all care so much about. We couldn’t be more thankful for the companies and bidders who stand with us to make our communities better for everyone.”

For everyone else that wasn’t lucky enough to land the first production model, Job 1 2021 Bronco production is currently scheduled to begin at the Ford Michigan Assembly Plant on May 3rd. However, early Bronco production for models that will be used as dealer demos and press vehicles is scheduled to begin on March 29th. As always, these dates are subject to change, especially in light of the global semiconductor chip shortage and COVID-19 related production issues.