Last fall, Ford announced that the 2021 Ford Bronco painted modular hard top would be a late availability option that wouldn’t arrive until later in the 2021 model year. At that time, Ford said that it made the decision to delay the Bronco painted modular hardtop to reduce production complexity, which would allow it to produce as many units as possible at the Ford Michigan Assembly Plant. 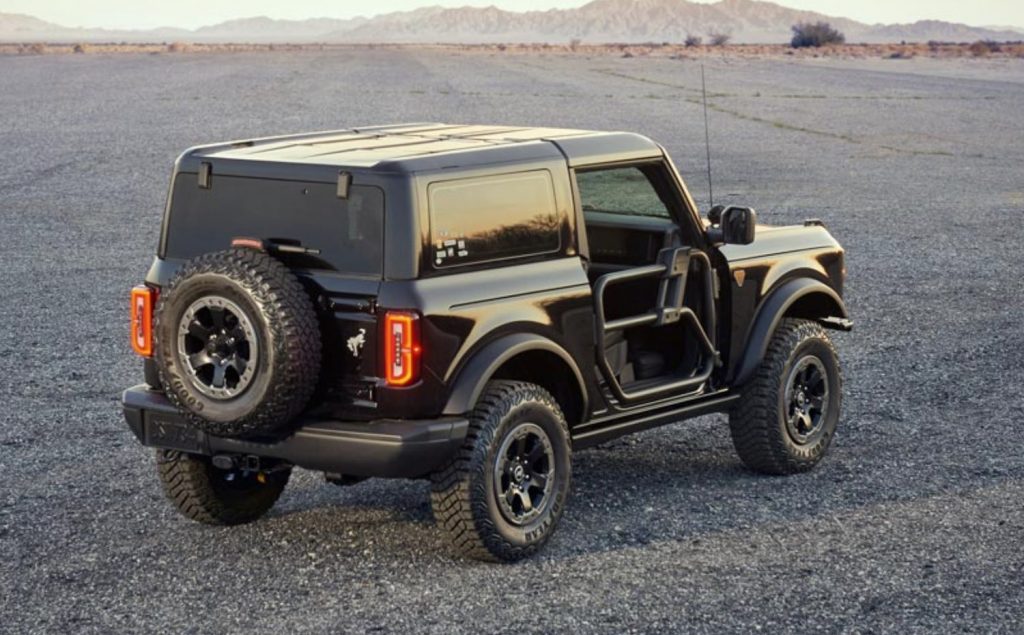 However, Ford announced today that the painted modular hard top will now not be available for the 2021 model year whatsoever, as the option has been delayed to the 2022 model year. The automaker said that the delay stems from issues with its roof supplier, Webasto, which is the same reason the launch of the 2021 Bronco was originally delayed from spring to summer. Customers have until April 8th to make changes to their orders in light of the roof delay.

The painted top was originally supposed to come as standard equipment on Bronco Wildtrak and First Edition trims, but now those buyers will be stuck with the base molded-in color (MIC) hard top unless they opt to wait or purchase the painted top separately when it launches next year. 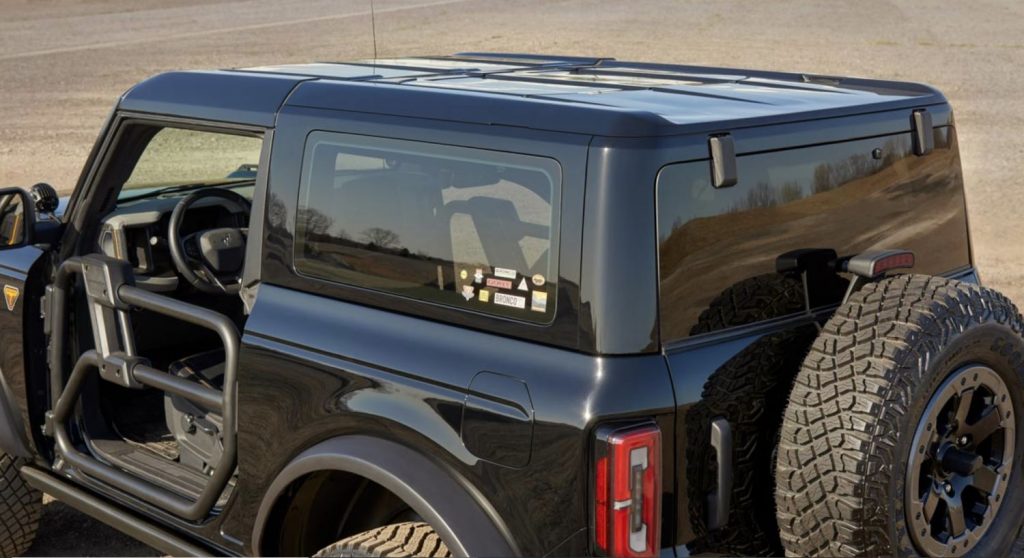 Ford initially lowered the starting MSRP of the Wildtrak and First Edition by $1,895 – the full retail price of the Bronco painted modular hardtop. Now, the automaker will give certain affected customers up to $1,000 in FordPass points and price protection for those that are forced to wait for the 2022 model year. 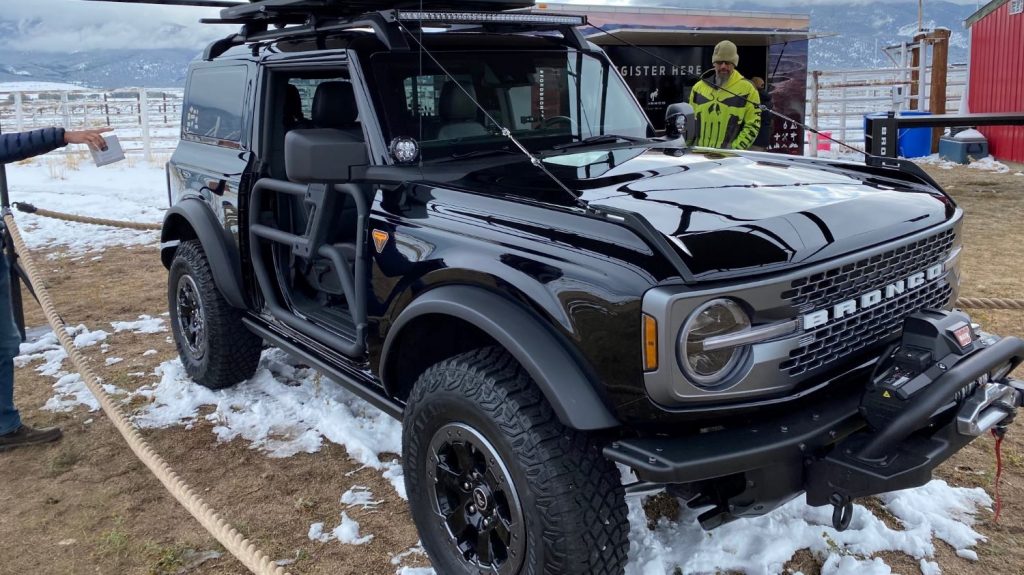 Additionally, all U.S. Ford Bronco customers will receive a $250 voucher for the Bronco Off-Roadeo off-road driving school, and as we reported earlier this week, the automaker has also made the previously optional $495 sound deadening standard or no-cost equipment on MIC hardtops. However, the sound deadening will now come standard on all hard tops in light of this most recent delay. 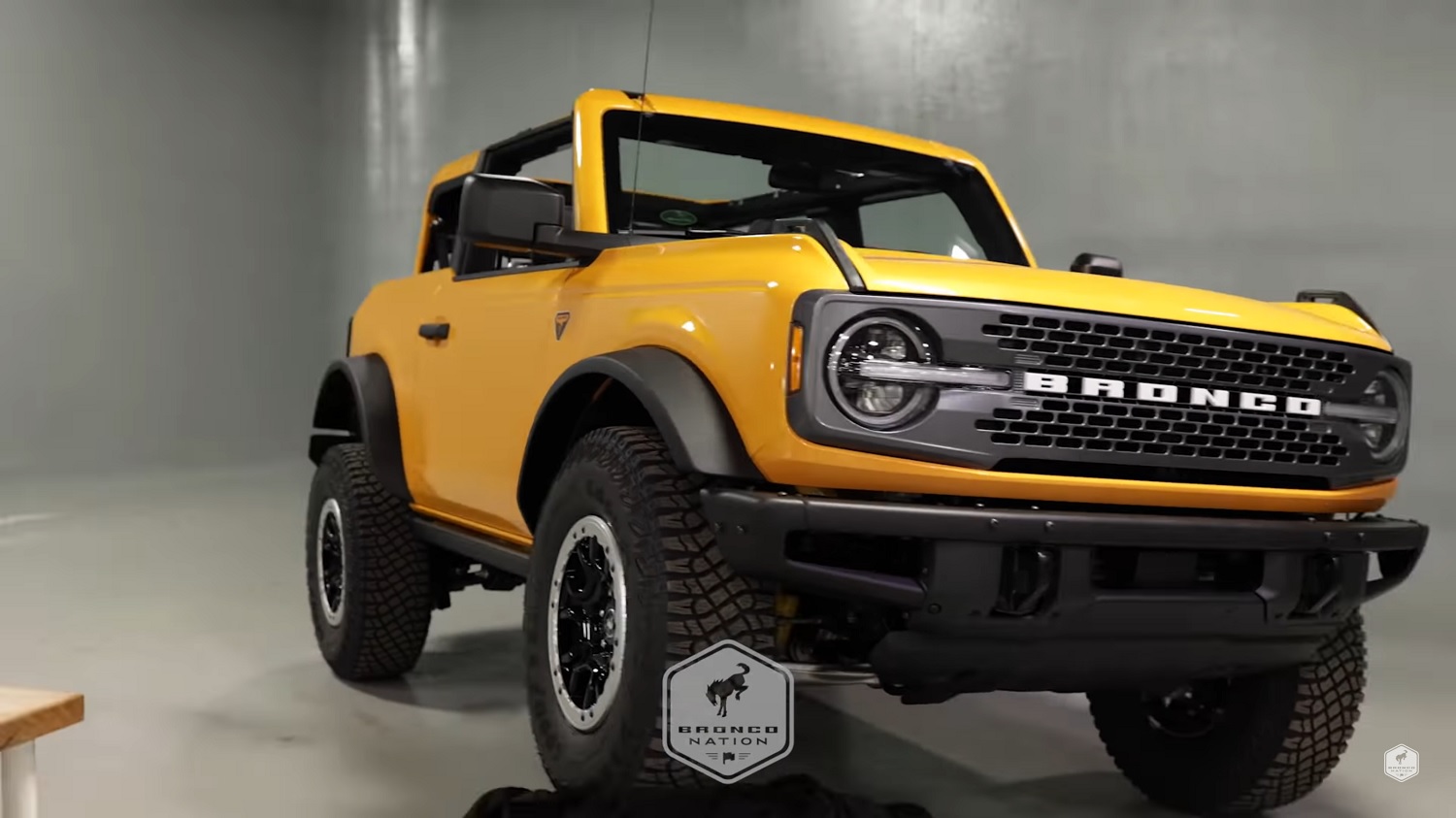