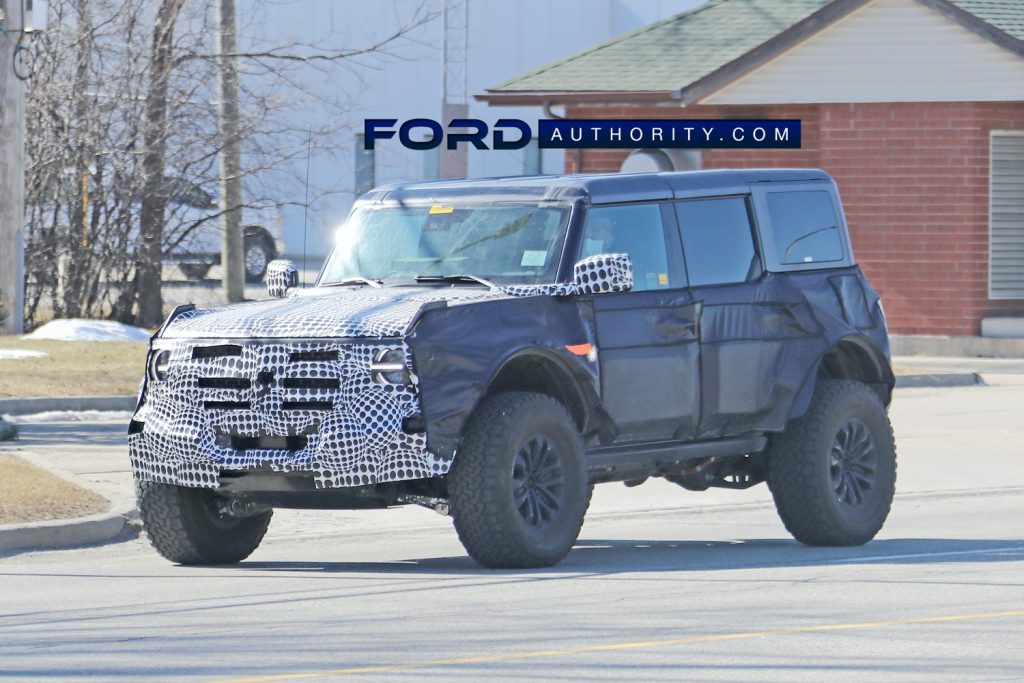 Last September, Ford Authority reported that Ford had filed a trademark for “Warthog,” which was believed to be the name of an upcoming Ford Bronco variant. That was confirmed just a month later when we spied a 2023 Ford Bronco Warthog prototype driving around with “Warthog shock cover” written on a panel inside the wheel well. The name was confirmed again via a supplier letter, and the Bronco Warthog has since been spied testing alongside the next-gen Ranger Raptor and by itself near Moab. However, now we have spotted a Bronco Warthog hybrid out testing with some interesting features. 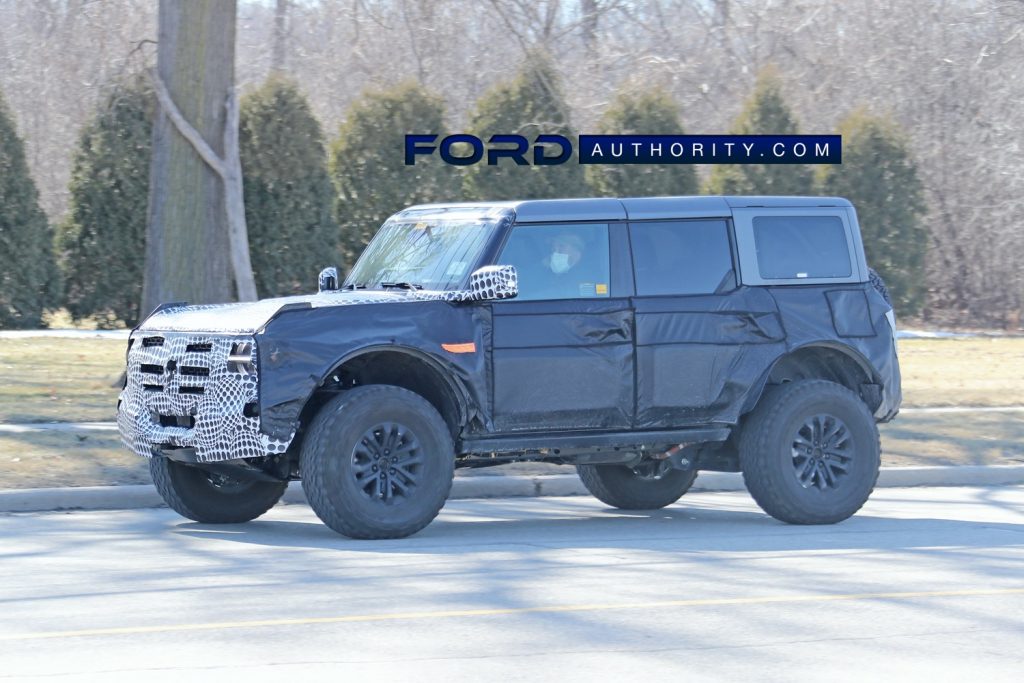 There are several clues that point to the fact that this Bronco Warthog hybrid prototype is running an electrified drivetrain. The biggest is an orange high voltage (HV) cable, typically used in hybrid vehicles, that is visible underneath the Bronco, wrapped around part of the transmission tunnel and transaxle covering. Hopefully, the cable will be placed somewhere else on the production version, because its current location makes it vulnerable during even lighter off-roading. 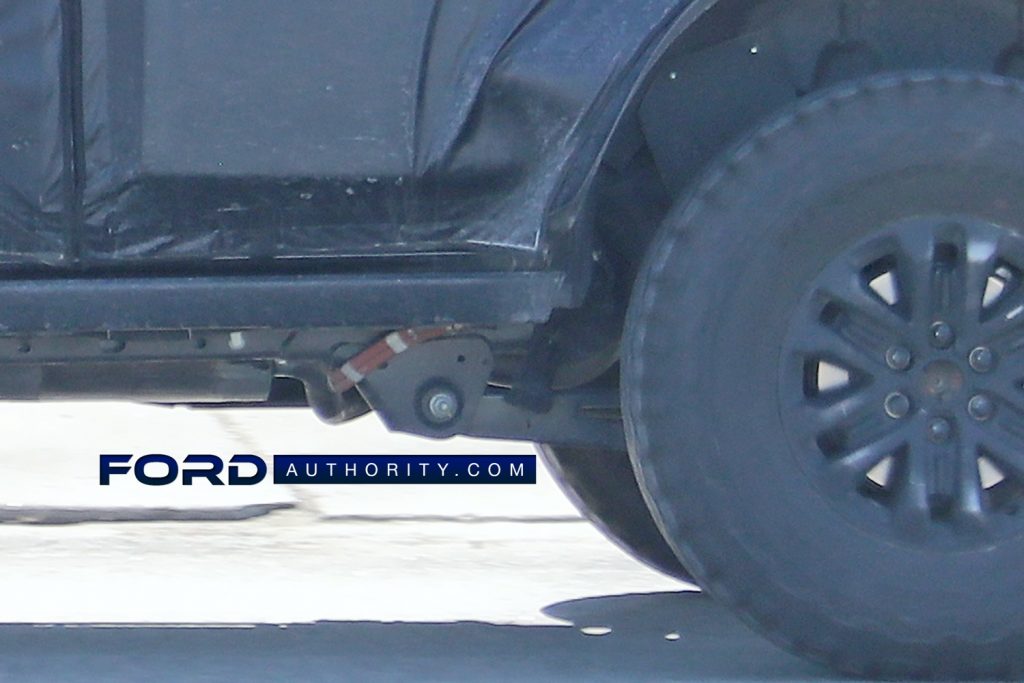 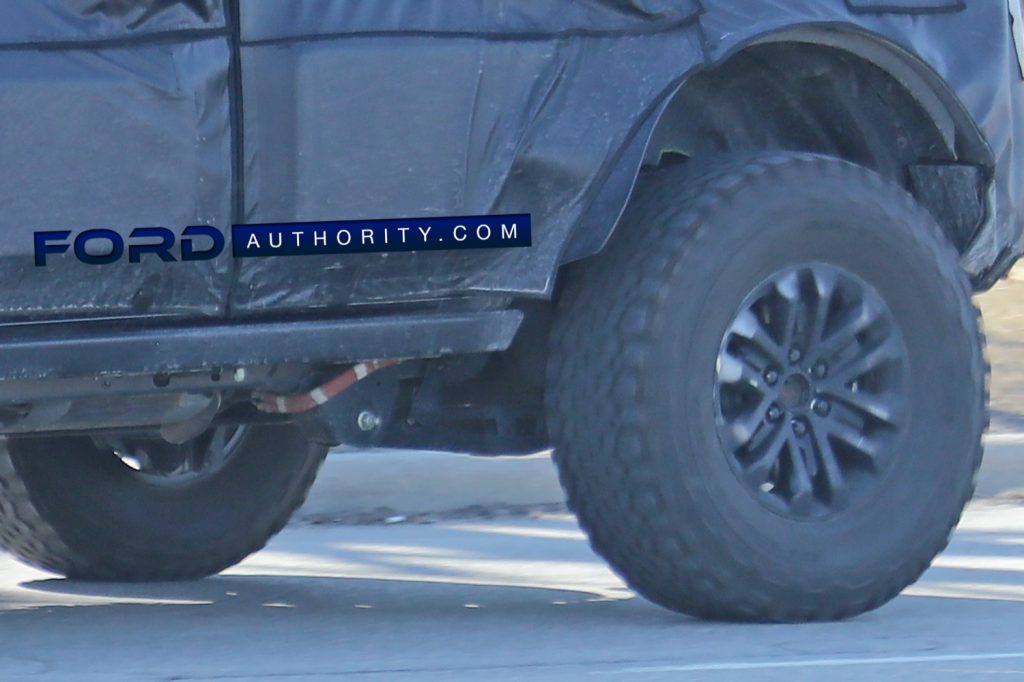 The non-hybrid Warthog is expected to be powered by the more potent version of Ford’s twin-turbo 3.0L EcoBoost V6 currently found in the Ford Explorer ST and Lincoln Aviator. In that guise, it is rated to produce 400 horsepower and 415 pound-feet of torque. 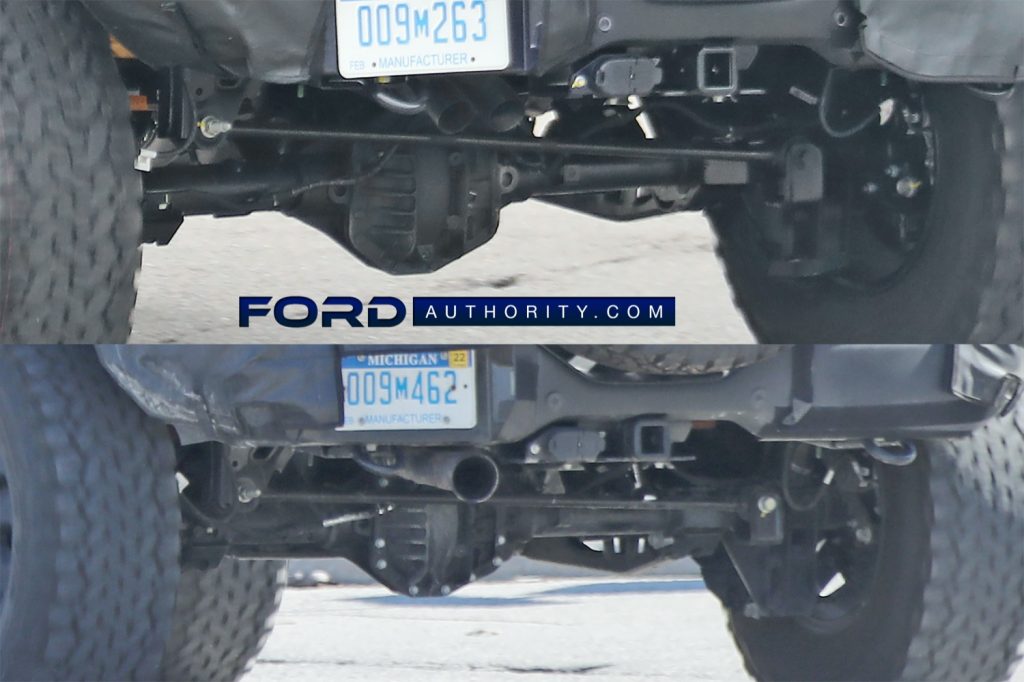 Meanwhile, the hybrid Warthog is expected to be powered by the same 3.0L EcoBoost V6 and electric motor combination present in the Lincoln Aviator Grand Touring, which produces 494 horsepower and 630 pound-feet of torque. Both powerplants will be mated to Ford’s 10-speed automatic transmission. 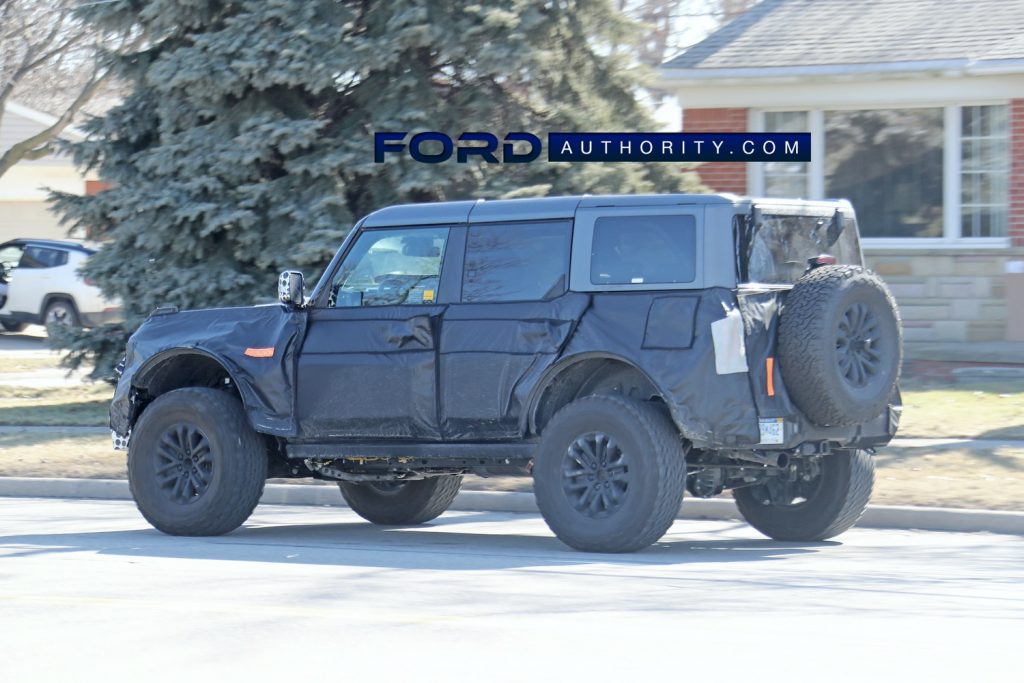 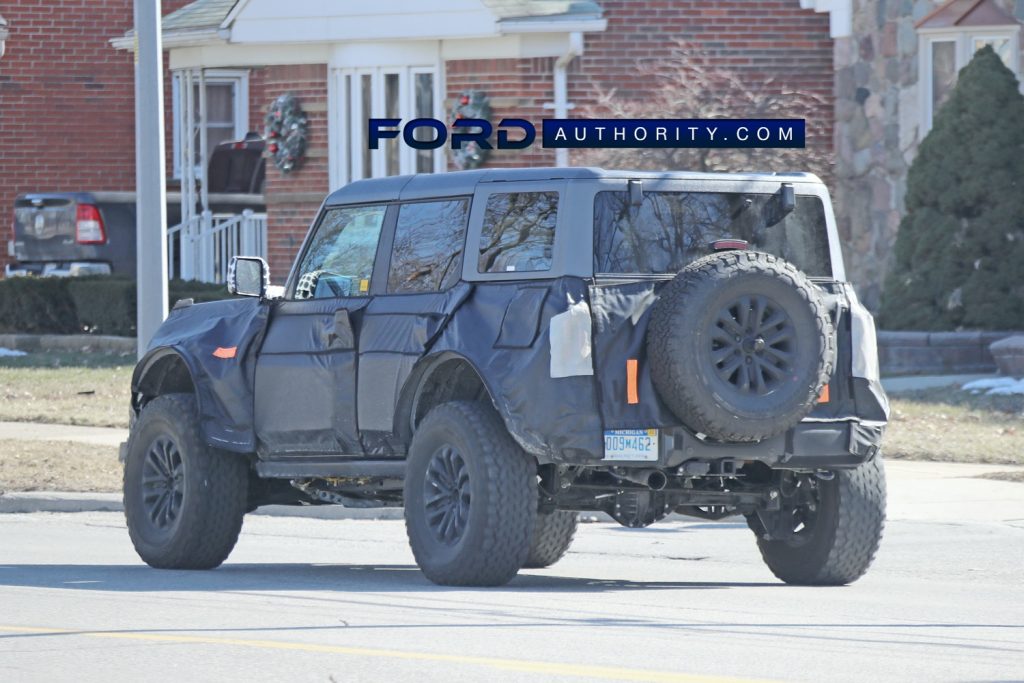 As we’ve previously reported, the Bronco Warthog is fitted with 17-inch Ford F-150 Raptor-like wheels and LT315/70R17 BFGoodrich KO2 All-Terrain T/A tires. The Warthog will have a wider stance than regular Bronco models and will use the same Fox Live Valve shock technology as the F-150 Raptor, in addition to a host of other suspension upgrades. On the outside, it will feature unique front and rear fascias and bumper treatments, higher ground clearance, and more pronounced fenders than the regular Bronco.

We’ll have more on the Bronco Warthog very soon, so be sure and subscribe to Ford Authority for more Ford Bronco news and around-the-clock Ford news coverage.