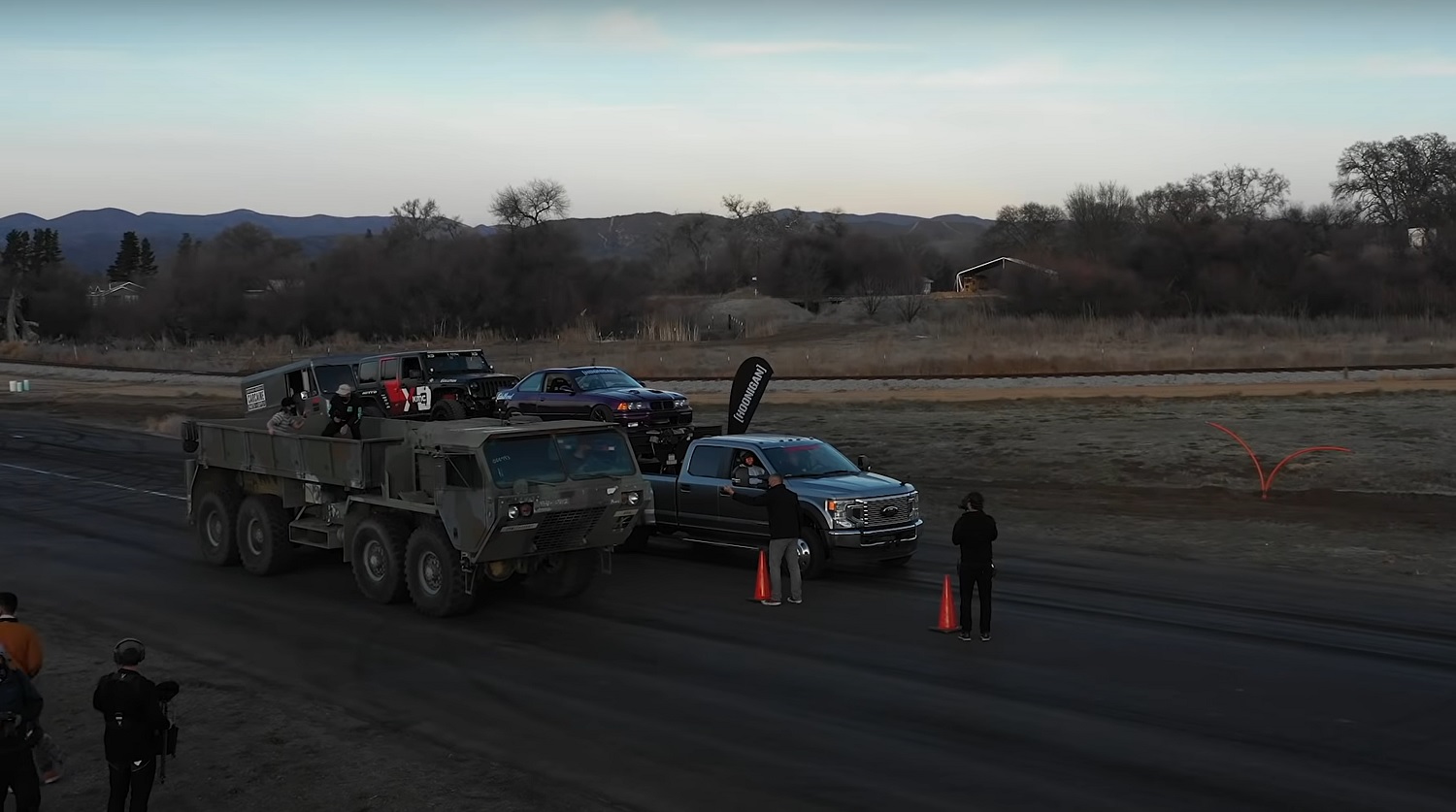 While it’s actually quite quick, few tend to use the Ford Super Duty line of trucks for drag racing purposes. After all, they’re much better at doing things like towing massive loads than taking down sports cars at the drag strip. But what about an even larger military vehicle, something like, say, a 1986 Heavy Expanded Mobility Tactical Truck (HEMTT)? Well, the folks at Hoonigan just so happened to have one of those and their Ford F-450 towing rig laying around, so they decided to line ’em up. 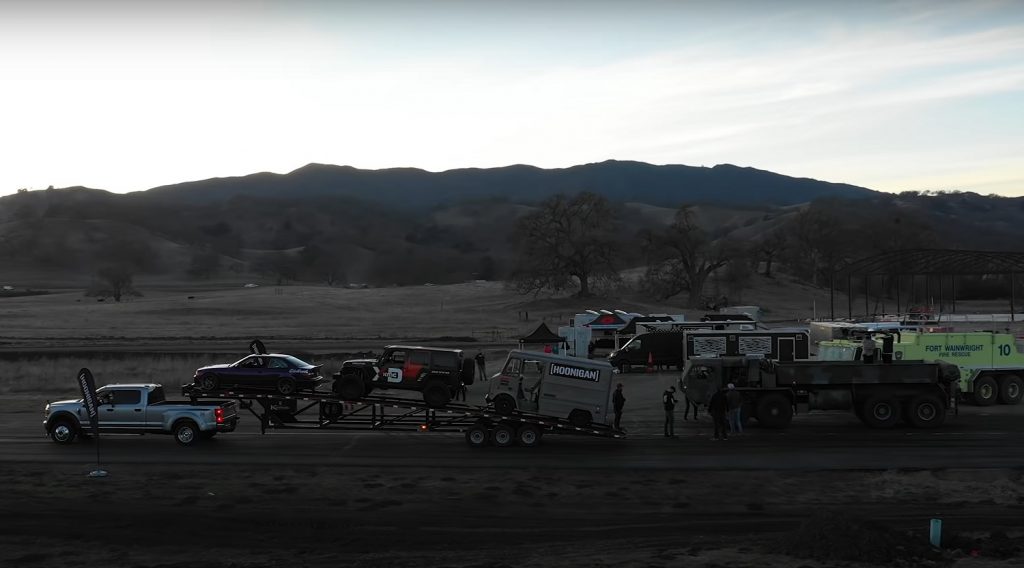 Of course, the HEMTT is at a massive disadvantage right off the bat thanks to the fact that it weighs, well, literal tons. So the Hoonigans figured they’d level the playing field by fitting their Ford F-450 towing rig with a car trailer carrying three of their personal rides – a BMW M3, a Jeep Wrangler, and a Chevy van. Altogether, these two vehicles now weigh a reported 68,000 pounds. 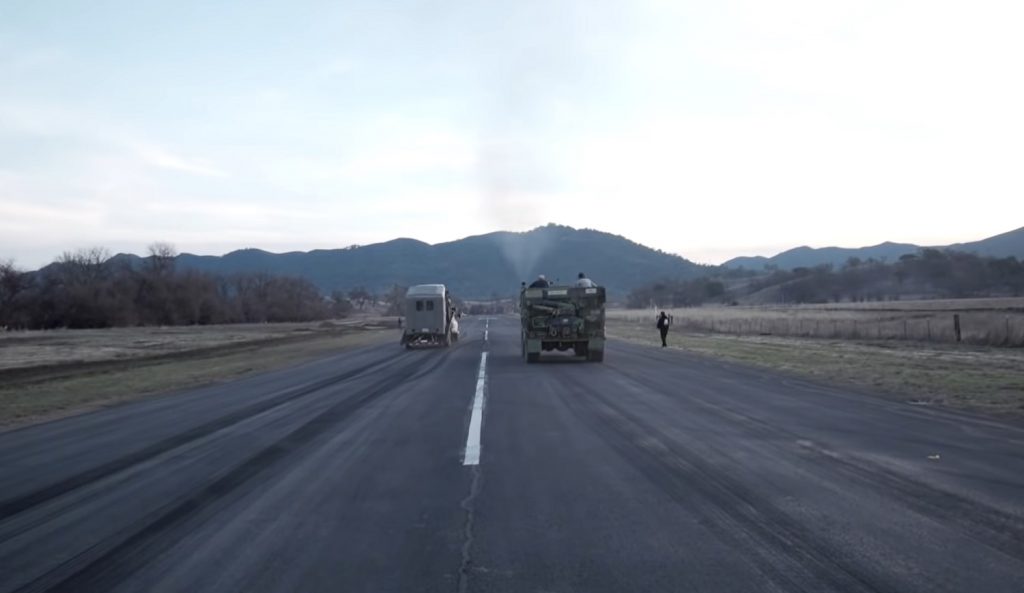 As for power, the HEMTT is powered by a 12.1L turbo-diesel that generates 360 horsepower, which pales in comparison to Ford’s mighty 6.7L Power Stroke, which cranks out 475 horsepower and a mammoth 1,050 pound-feet of torque. It also has a six-speed automatic transmission, while the military rig gets by with a four-speed Allison gearbox, and has the benefit of not rolling on eight massive tires.

Taking all of this into account, it’s really no surprise which vehicle dominates this drag race. The Super Duty “leaps” ahead off the line and never looks back, laying a massive gap on the HEMTT despite all of the extra weight it’s carrying. But then again, we’d expect nothing less from Ford’s uber-powerful towing machine.

We’ll have more cool videos like this to share soon, so be sure and subscribe to Ford Authority for the latest Ford F-Series news, Ford Super Duty news, and continuous Ford news coverage.