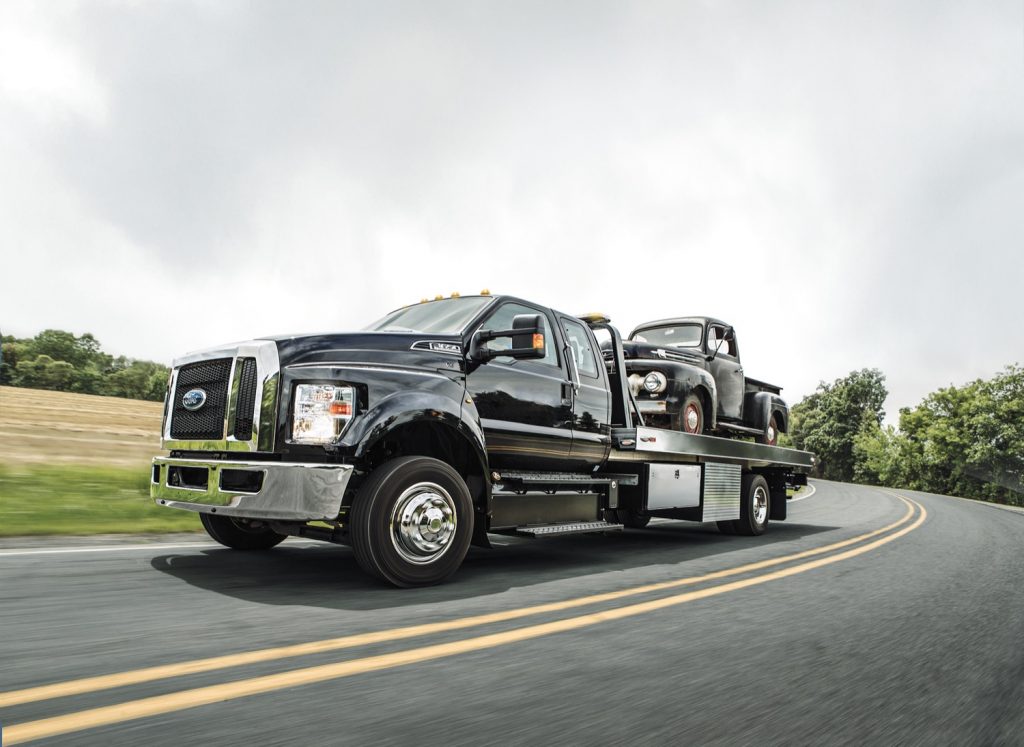 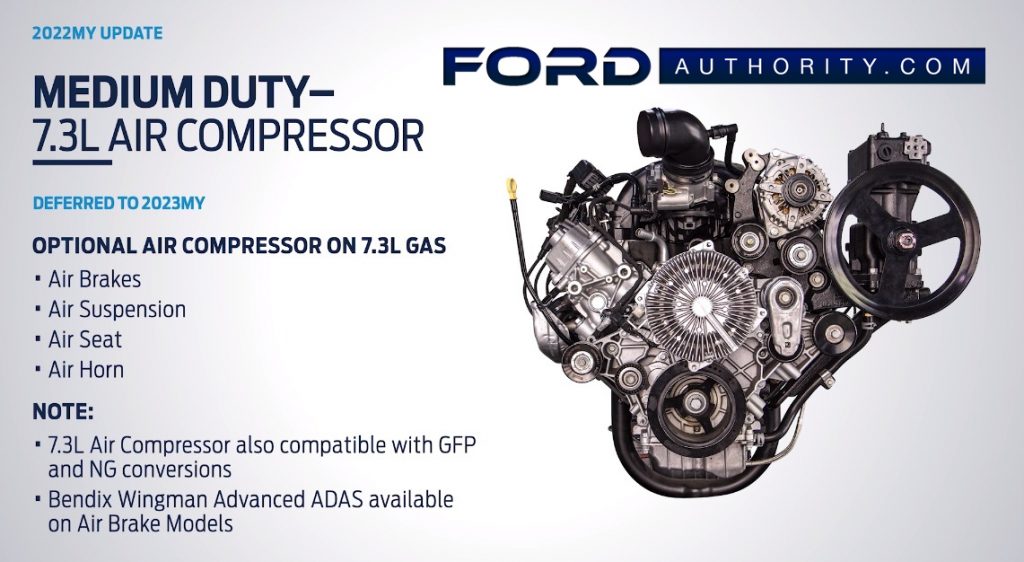 The Godzilla V8 air compressor can be used to power a number of accessories, including air brakes, an air suspension, an air seat, or an air horn, to name a few. The 7.3L air compressor is also compatible with GFP or NP conversions, such as those sold by Roush CleanTech. Additionally, air brake models are also available with the Bendix Wingman Advanced ADAS collision mitigation and full stability technologies. 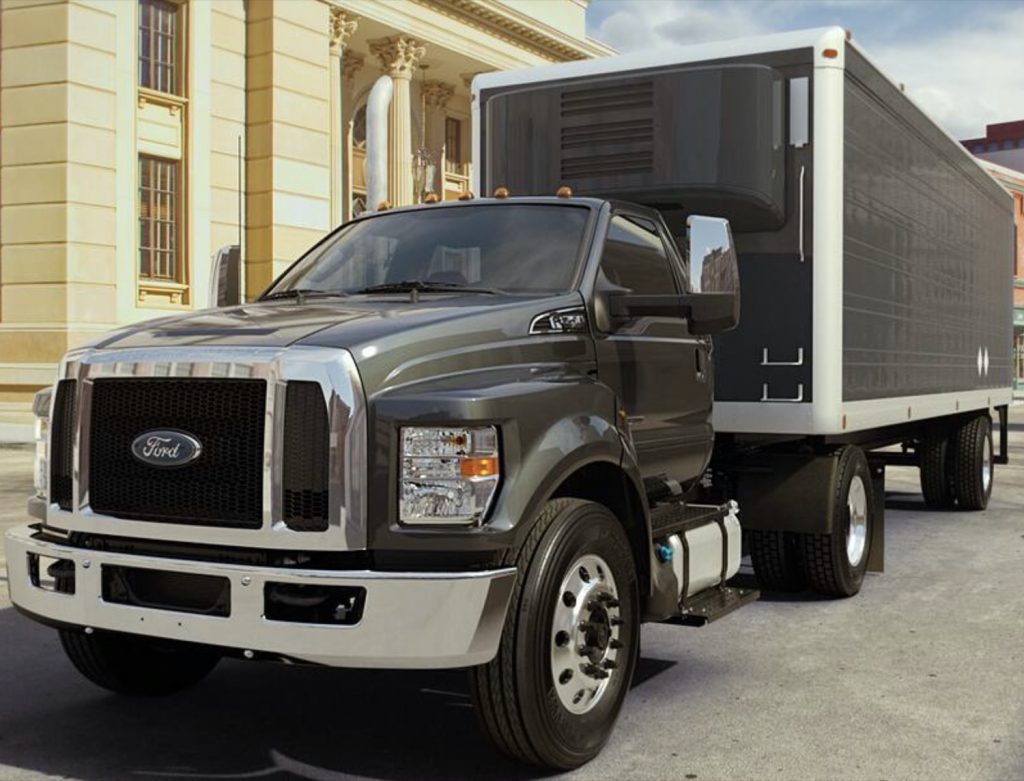 Currently, air brakes are only available on diesel-powered Ford medium-duty trucks. However, as Ford has pointed out in the past, its new gas-powered 7.3L Godzilla V8 can cost as much as $9,245 less than models equipped with Ford’s 6.7L Power Stroke V8 diesel, so the Godzilla V8 air compressor should be a popular option among fleet buyers. 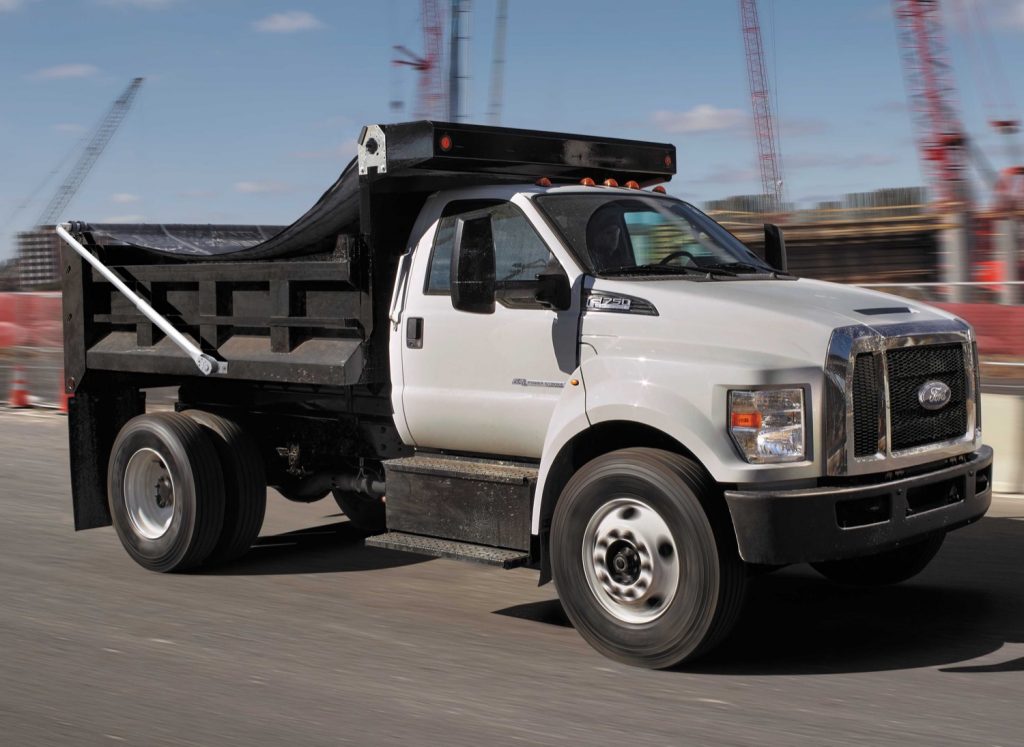 We’ll have more on Ford’s Medium Duty trucks soon, so be sure to subscribe to Ford Authority for more Ford F-650 news, Ford F-750 news, and the latest Ford news coverage.