Today, Ford released its first-ever integrated sustainability and financial report of accomplishments and aspirations, at the same time announcing new science-based targets toward the company’s ambition to be carbon neutral by 2050, in line with terms of the Paris Climate Agreement. 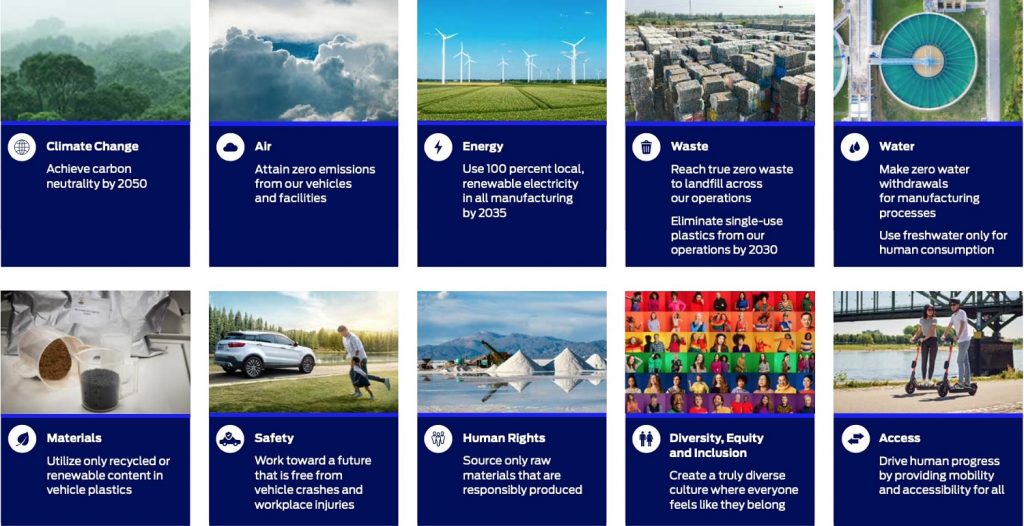 The targets – to reduce Scope 1 and 2 greenhouse gas emissions from operations 76 percent from 2017, and Scope 3 GHGs from use of the company’s products 50 percent from 2019, both by 2035 – were recently approved by the Science Based Targets initiative.  SBTi is a collaboration between CDP, the World Resources Institute, the World Wide Fund for Nature, and the United Nations Global Compact that helps companies set meaningful objectives for mitigating emissions.

Ford says that reducing emissions has favorable implications for a range of sustainability issues that its stakeholders have said matter most – all of which get attention in the newly issued integrated sustainable and financial report. Combining sustainability and financial performance in a single report, Ford said, is significant. 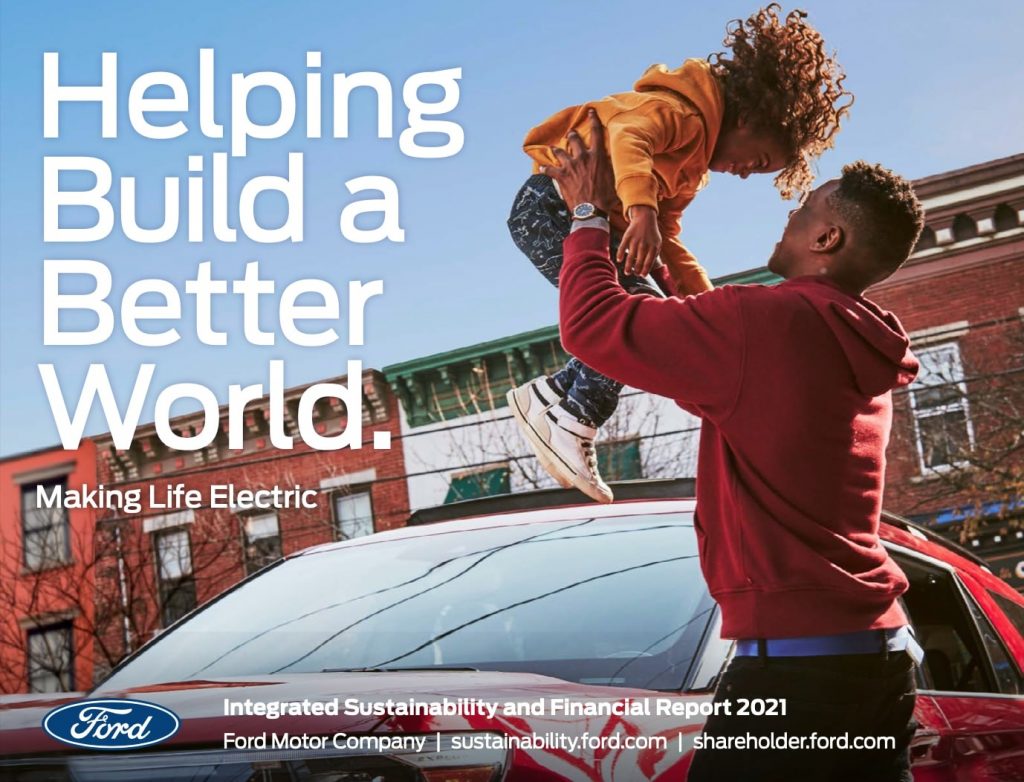 “Combining those topics in a single report reflects that, more than ever, investors and other stakeholders want to know not only what you plan to do, but what you’re accomplishing and how you’re managing risks along the way.”

Highlights in the integrated report include Ford’s large-scale social response to the COVID-19 pandemic, significant investment in and initial launches of high-volume, zero-emission electric vehicles, and actions to protect human rights and create greater diversity, equity, and inclusion within the company.

In recent weeks, Ford has doubled its planned investment in electric vehicles, with $1 billion of that $22 billion investment being used to transform the Ford Cologne Assembly Plant in Cologne, Germany to the Ford Cologne Electrification Center for the manufacture of electric vehicles. The automaker also announced that by mid-2026, 100 percent of its European passenger vehicle lineup will be zero-emissions capable, all-electric, or plug-in hybrid, and will be completely all-electric by 2030.

“We will lead in achieving carbon neutrality because it’s the right thing for customers, the planet and Ford,” said Bob Holycross, vice president, Sustainability, Environment, and Safety Engineering. “Ninety-five percent of our carbon emissions today come from our vehicles, operations, and suppliers, and we’re tackling all three of those sources with urgency and optimism.”

Ford’s integrated sustainability and financial report can be viewed in its entirety here.

We’ll have more on Ford’s sustainability efforts soon, so be sure and subscribe to Ford Authority for ongoing Ford news coverage.