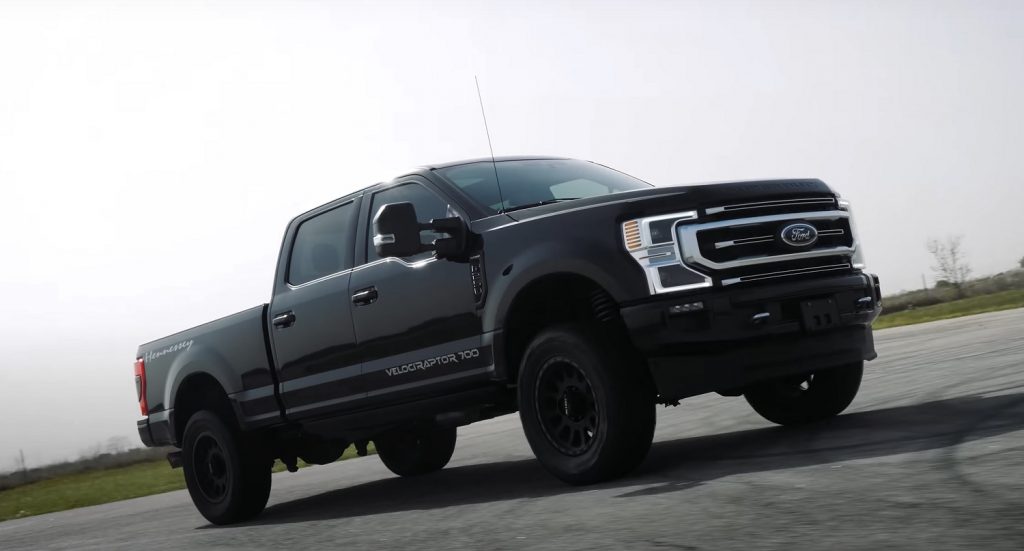 Hennessey Performance has a long-standing tradition of adding serious power to a host of Blue Oval vehicles, including the Ford Mustang Shelby GT500 Venom 1000, Ford F-150 HPE750, and the VelociRaptor, just to name a few. Now, the tuner is turning its attention to the Ford Super Duty, or more specifically, the 2021 Ford F-250, with the new Hennessey VelociRaptor 700. 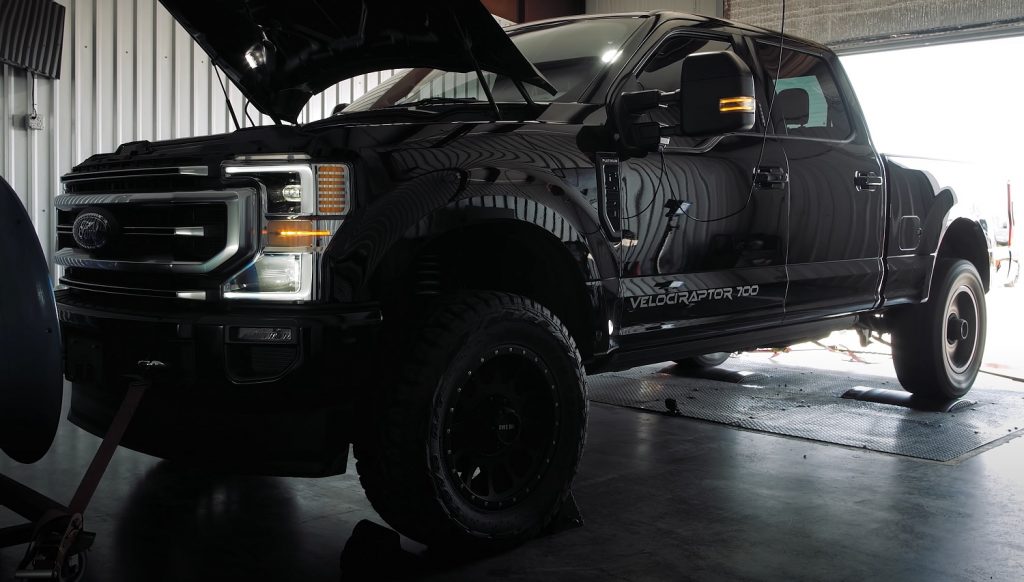 As of this writing, there aren’t many details regarding the Hennessey VelociRaptor 700 F-250 just yet. But Hennessey did release this video, which shows the truck ripping off a big burnout, hitting the dyno, and playing around on the tuner’s test track. And it both looks and sounds mighty impressive. 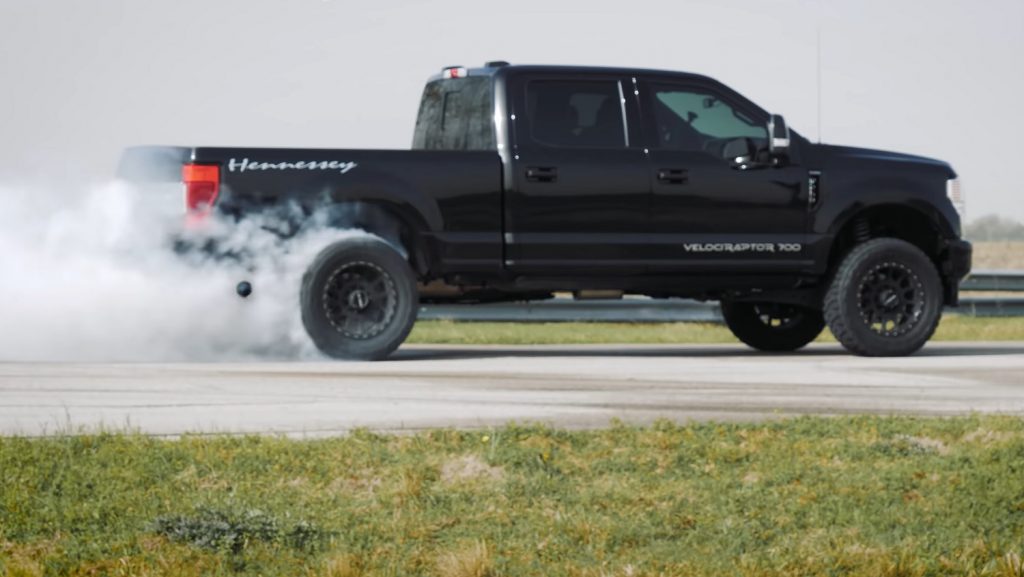 Curiously, Hennessey does not indicate whether this F-250 is equipped with Ford’s 6.2L Boss V8 or the newer 7.3L Godzilla V8. But judging by the fact that it made 333 horsepower and 376 pound-feet of torque at the wheels in stock form, it’s likely the former. Regardless, after the tuner works its magic on the truck, it improves to an impressive 528 horsepower and 560 pound-feet of torque. 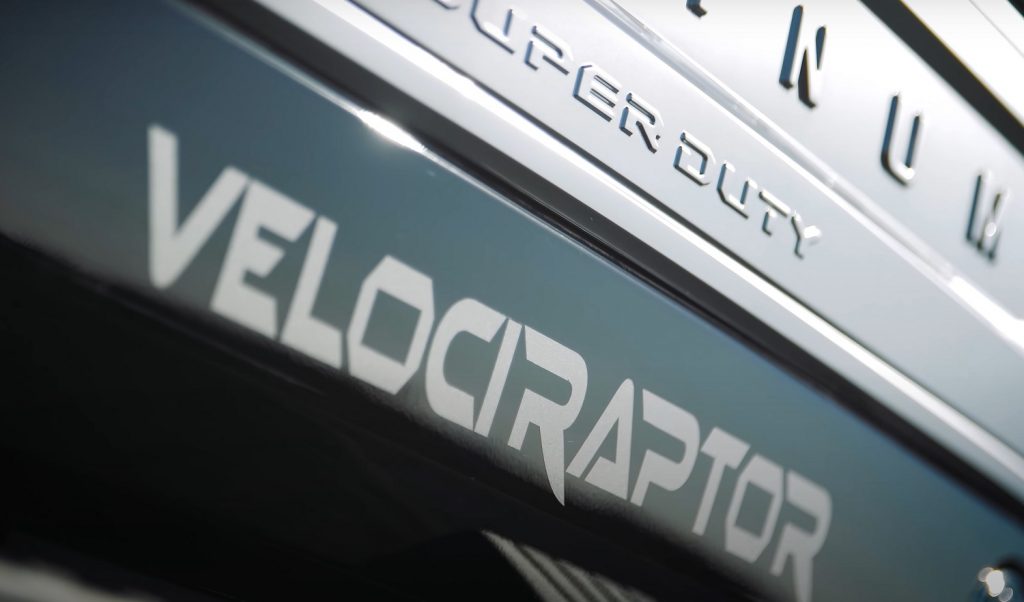 Aside from the as-yet-unknown performance modifications the Hennessey VelociRaptor 700 has received, it is also wearing Hennessey logos on the bedsides, as well as VelociRaptor script on the tailgate and VelociRaptor 700 lettering on the bottom of the doors. It also appears to be lifted and is wearing some aftermarket wheels wrapped with more aggressive off-road tires.

In the video, we get to see the big old SuperCrew get sideways on the test track, which is always fun to watch. And even though these trucks were designed to haul heavy loads, that doesn’t mean we can’t have a little fun with them every now and then, right?

We’ll have more cool videos like this to share soon, so be sure and subscribe to Ford Authority for the latest Ford F-Series news, Ford Super Duty news, and continuous Ford news coverage.