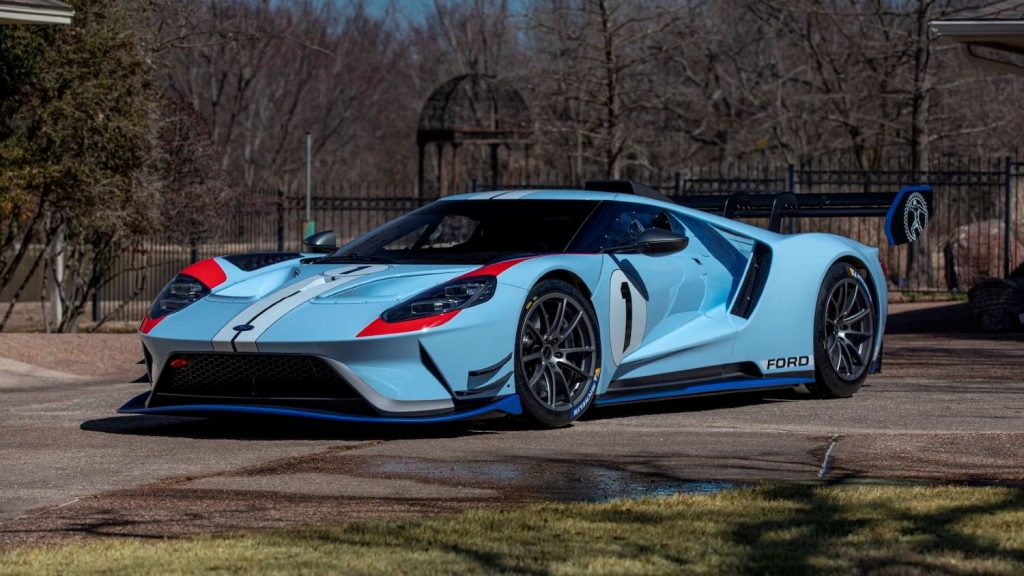 These days, any Ford GT that crosses the auction block commands a lot of attention, and a lot of money, regardless of what generation it hails from. That figures to also be the case with this very special 2020 Ford GT MKII headed to Mecum’s Indianapolis auction in May. But this isn’t just any old regular GT, either – it’s a true one-of-one. 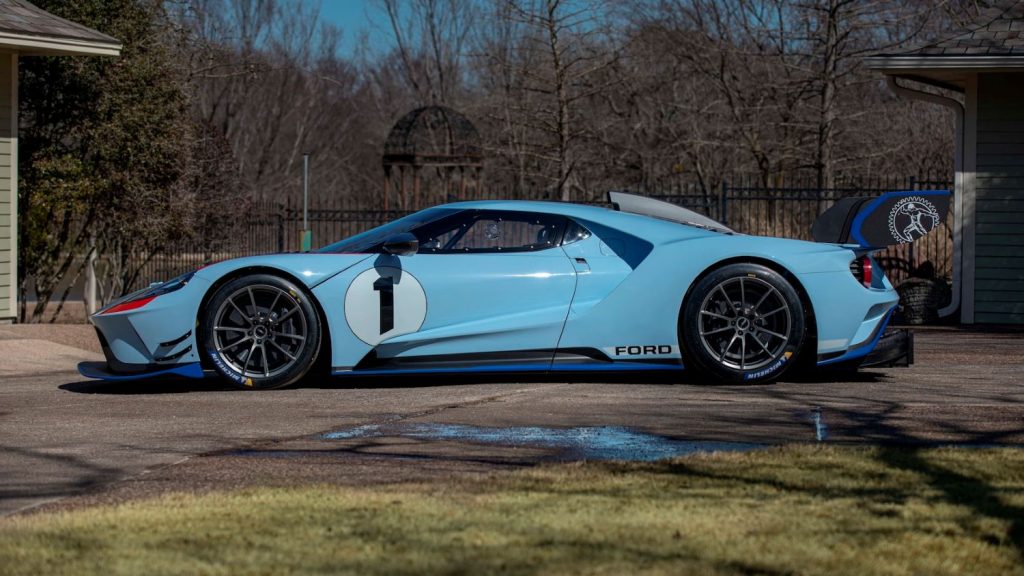 The 2020 Ford GT MKII is a track-only, non-street-legal version of the road-going GT, and was designed by both Ford and Multimatic to unlock the full performance potential of the car, sans any silly rules or regulations set forth by motorsports bodies. This also means that the MKII is not subject to Ford’s two-year resale restriction period. 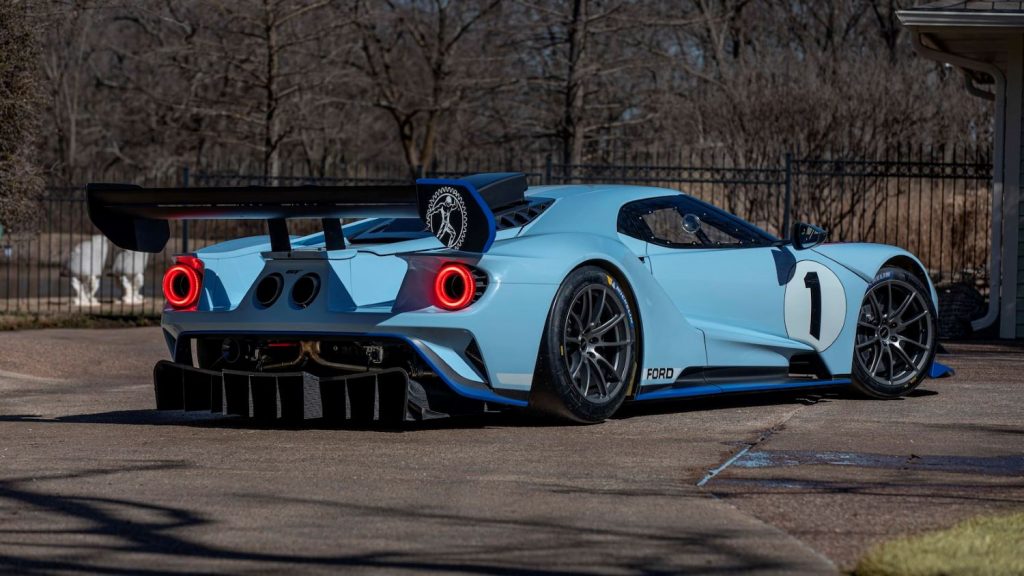 This particular 2020 Ford GT MKII is one of just 45 that will be produced over three years, and the only one wearing a livery matching Ken Miles’ legendary Le Mans racer. It has a mere 15 miles on the clock as well, so it’s essentially brand new. It also wears a set of unique 19-inch forged aluminum wheels that complete its incredible look. 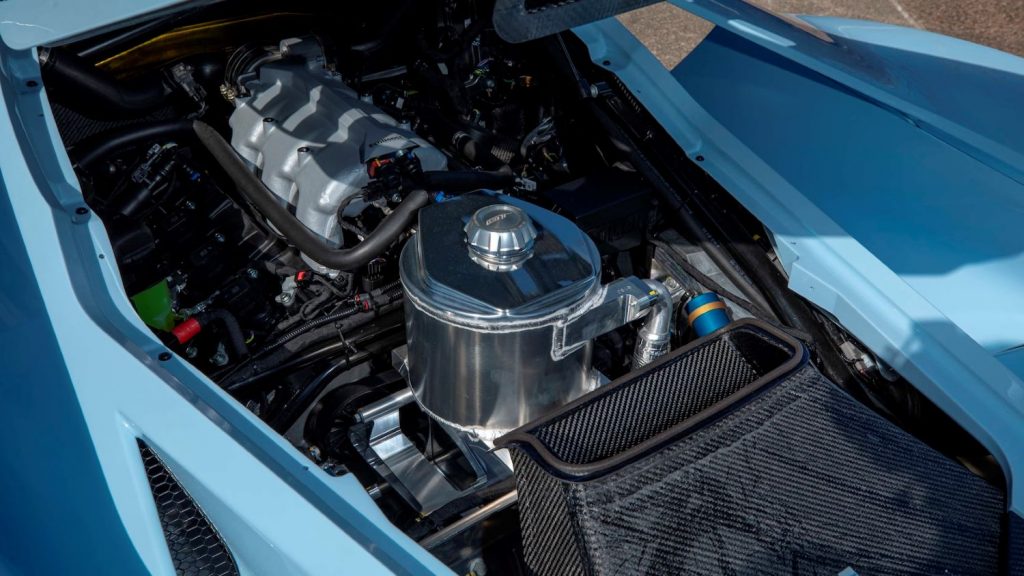 The MKII is powered by a modified version of the regular GT’s 3.5L EcoBoost V6, which produces 700 horsepower in this spec. It’s loaded with special parts that help make it not only quicker around the track than a regular GT, but also give it 400 percent more downforce. They include an enlarged EVO front splitter, dual-element rear wing, carbon fiber front fender louvers, and underfloor and dive planes. 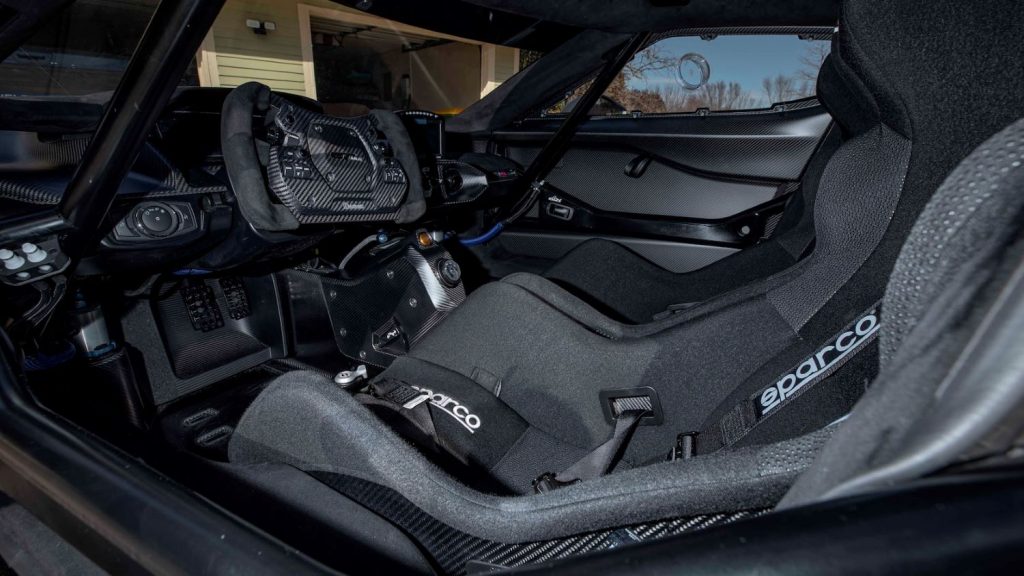 The MKII stops in a hurry thanks to 15.5-inch front and 14.1-inch rear Brembo carbon-ceramic brakes, and it carves corners quite nicely courtesy of its five-way adjustable race-derived Multimatic DSSV dampers with a high-speed blow-off. Other highlights include a roof-mounted air intake that keeps the engine cool, a MoTeC data acquisition unit, quick jacks, a roll cage, and racing seat(s) with six-point harnesses. 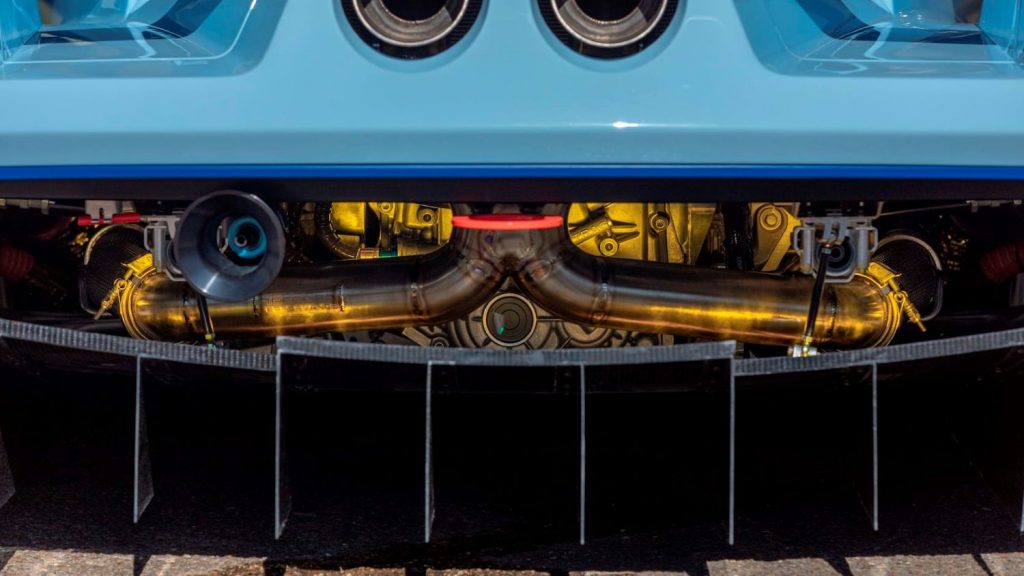 In recent months, we’ve seen not one, but two Heritage Edition GTs go for over a million bucks, so we can only imagine what this one-of-one special racer will go for. Mecum has not yet provided an estimate as of this writing, but we wonder if it’ll threaten the $2 million dollar Mansory GT in terms of sales price when it’s all said and done.