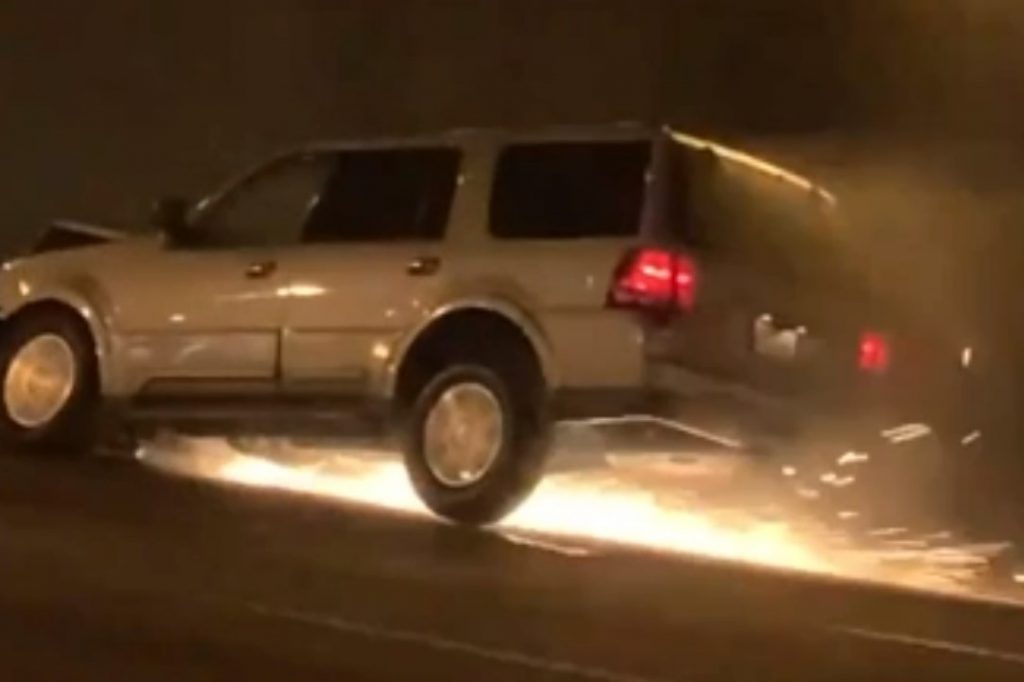 Generally, seeing a severely beaten-up vehicle driving down the road is a far too common sight. We’ve come across vehicles with bumpers zip-tied on (or no bumpers at all), missing bodywork and even glass, and all sorts of other rolling disasters in our time. But the beaten-up and beaten-down second-gen Lincoln Navigator in this video (warning – it contains some NSFW language) might just take the cake. 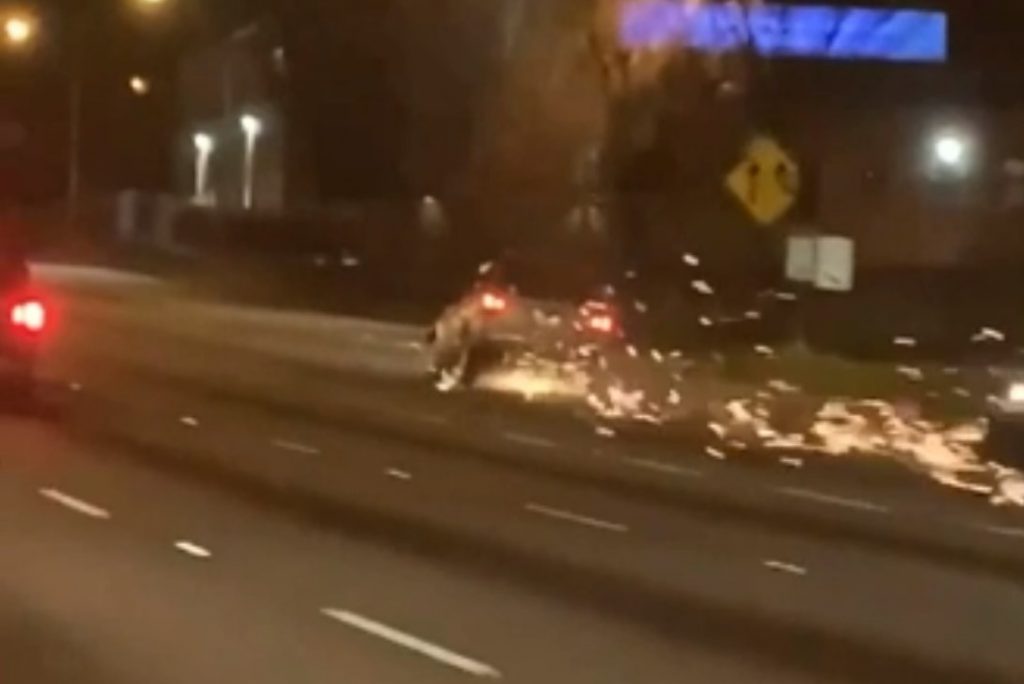 A Reddit user posted the video of this abomination, which shows the poor second-gen Lincoln Navigator cruising down the highway like nothing’s wrong, but clearly, there is a lot wrong. From what we can tell, the big SUV is missing at least one, perhaps two tires, as the wheels are simply spraying everyone behind it with sparks. 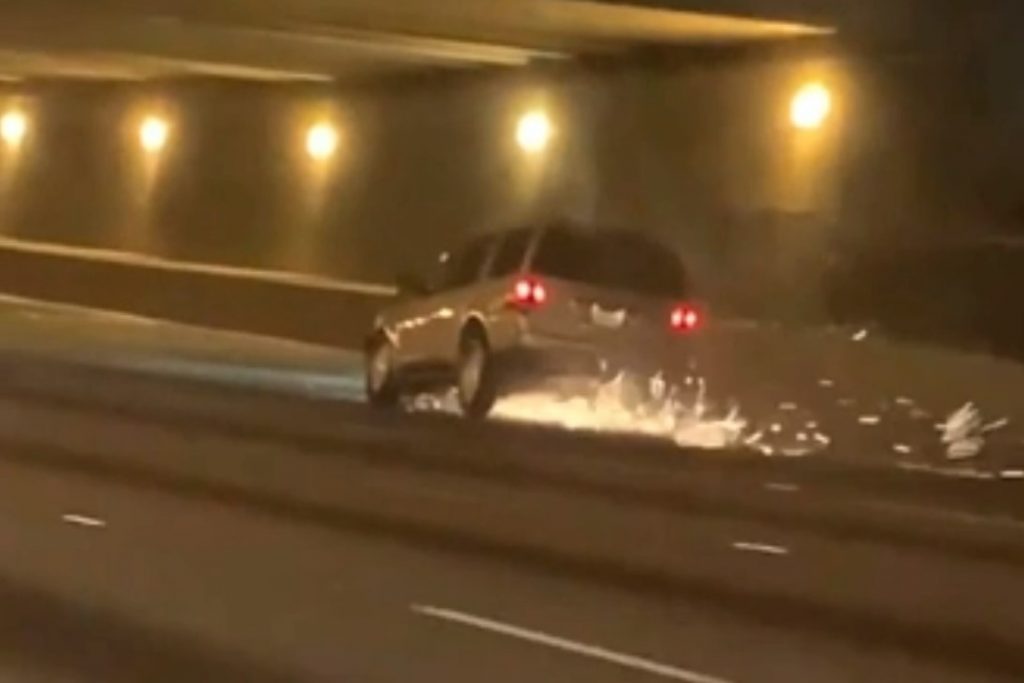 On top of that, the Navigator is leaning hard to both the front and the right, which could signal that there’s much more going on here than just a flat tire or two. It’s quite possible that the suspension is jacked up as well, perhaps from the driver striking or running over something they obviously shouldn’t have. 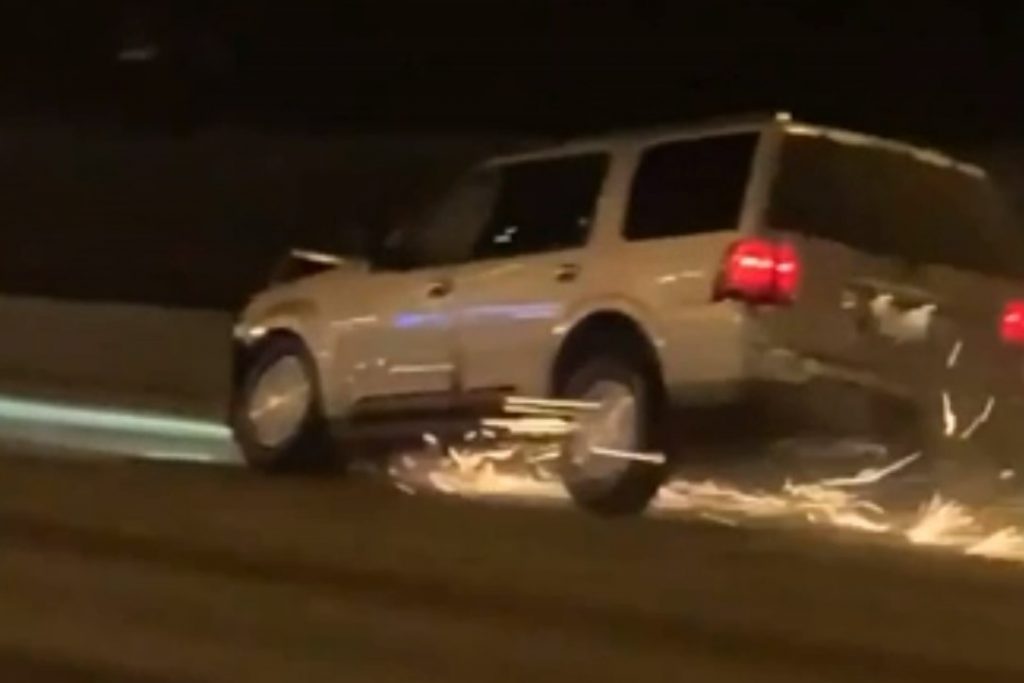 If all of that isn’t enough, the hood of the Lincoln Navigator is clearly crunched up, which is a dead giveaway that this ‘ute struck something. Unfortunately, we don’t get a good look at the front end, but it’s obvious that there’s heavy damage there as well.

Just music and vibes from r/IdiotsInCars

Regardless, the driver doesn’t seem to either realize or care what’s going on. They just keep tooling along at high speed, changing lanes like nothing’s wrong. Perhaps they’re intoxicated, maybe they stole the Navigator and are trying to get away, or maybe they’re just driving themselves to the hospital after a bad wreck. Regardless, it sure doesn’t seem safe to do so, and they aren’t doing their ride any favors, either.

We’ll have more crazy videos like this to share soon, so be sure and subscribe to Ford Authority for more Lincoln news, Lincoln Navigator news, and ongoing Ford news coverage.