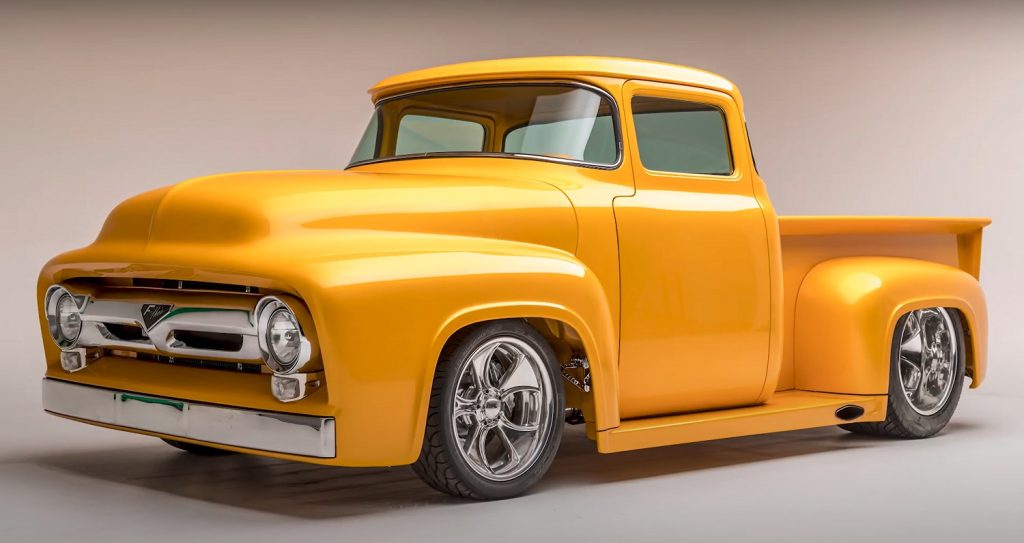 The second-generation Ford F-Series pickups are widely considered to be the most beautiful ever produced, and those fat fenders also make for some pretty sweet hot rods, too. That’s certainly the case with this custom 1956 Ford F-100 that was originally built by Jordon Quintal of Super Rides with the help of Chip Foose. The truck, dubbed “F-This,” was completed back in 2005, and now it’s going up for grabs at Barrett-Jackson’s upcoming Scottsdale auction. 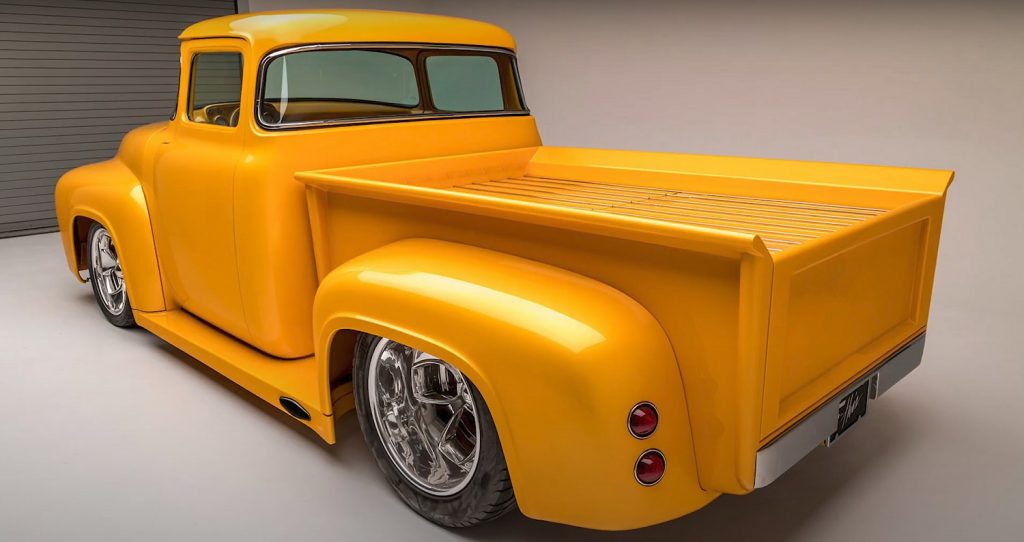 This custom 1956 Ford F-100 features major revisions in every department, beginning on the outside. There, the pickup has been treated to a sectioned cowl and three-inch chop for the top. The front wheels were moved forward, while the rear fenders were widened and raised. 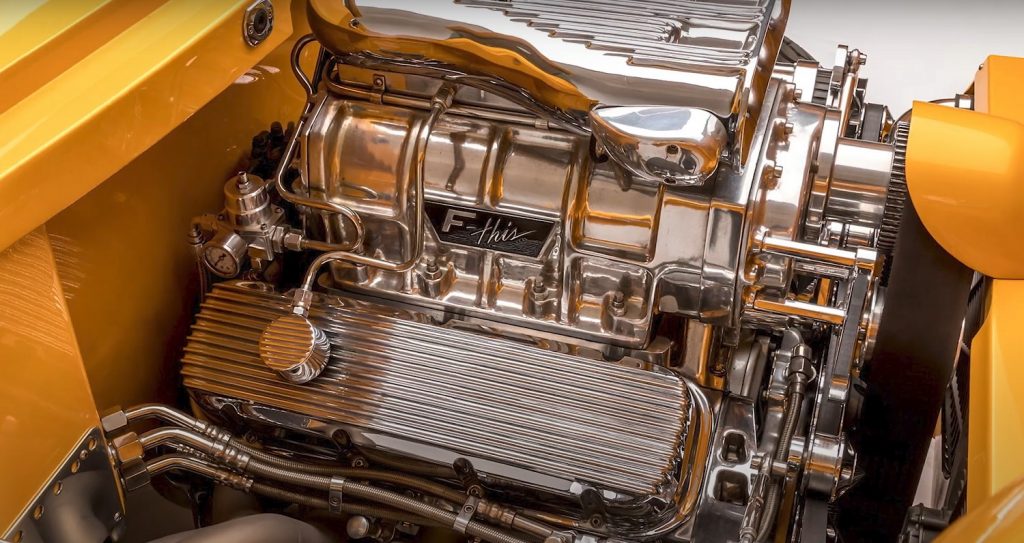 The finishing touches include suicide doors and a hydraulic lift for the bed and front end, along with an attractive orange paint job and just the right amount of chrome. 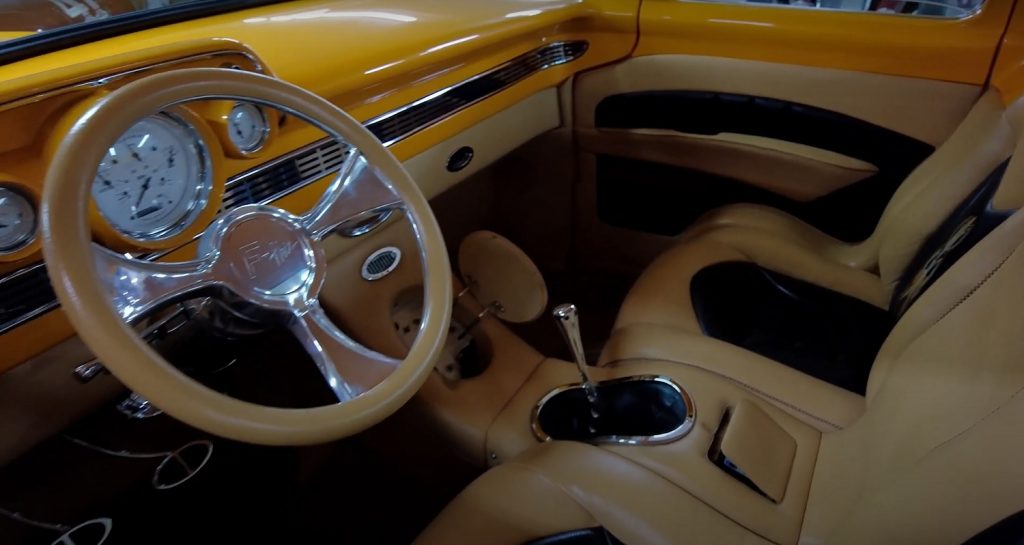 The F-100’s nickname comes into full play when the hood is tilted forward, which is when we can see the mammoth motor that powers it – a 540 cubic-inch mill built by Greg Scott Racing Engines. The big motor has been machined, bored, stroked, and topped off with a giant blower, which helps it send 800+ horsepower to the rear wheels via a five-speed manual transmission. The interior of this custom 1956 Ford F-100 is a work of art as well, thanks to a one-off tan and black snake leather interior with a custom dash, seats, and JL stereo system.

Put it all together, and it’s no wonder this truck has lived the last few years at the Petersen Automotive Museum. Now, it’s going up for grabs with no reserve, and one lucky person will have the chance to add it to their own private collection.

We’ll have more cool auction finds like this to share soon, so be sure and subscribe to Ford Authority for the latest Ford F-Series news, Ford F-100 news, and continuous Ford news coverage.