It’s been a few months since we’ve seen a Ford RS200 Evolution go up for sale, and even longer since the last “regular” RS200 changed hands. But now, a one-of-24 1986 Ford RS200 Evolution has surfaced for sale on Bring a Trailer, and it has wasted no time accumulating bids and nearly cresting the $300k mark as of this writing. 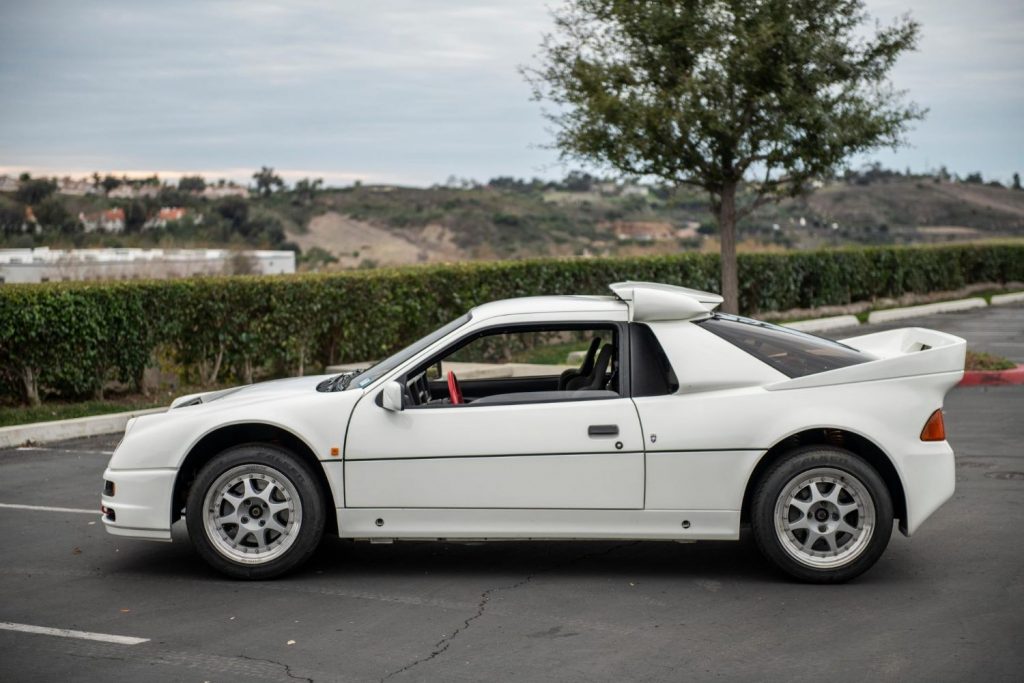 That’s par for the course with these beloved models, of course, which routinely sell for big bucks. And this 1986 Ford RS200 Evolution doesn’t figure to be an outlier among those results. After all, this supremely rare machine was originally constructed for FIA Group B homologation purposes and immediately endeared itself to racing fans around the globe. 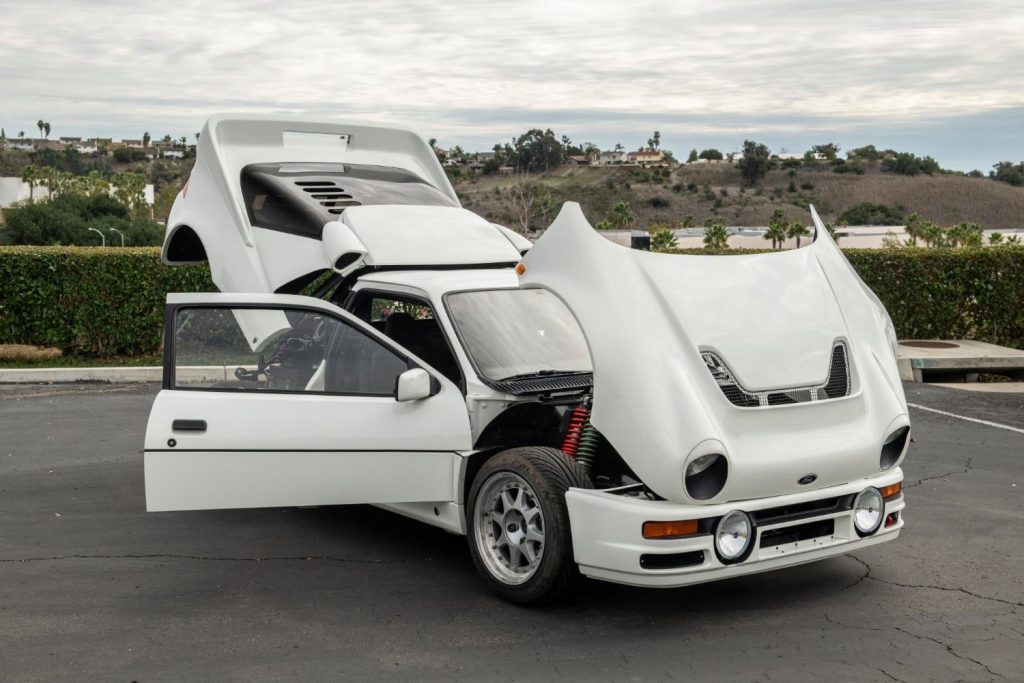 This particular RS200 Evolution was imported to the U.S. from Norway back in 2017 and is now for sale out of Oceanside, California with right around 800 kilometers (500 miles) on the clock. Evolution models featured a number of enhancements over the regular RS200, including upgraded suspension and brakes and a larger, 2.1-liter version of the car’s turbocharged Cosworth BDT-E inline-four-cylinder powerplant. 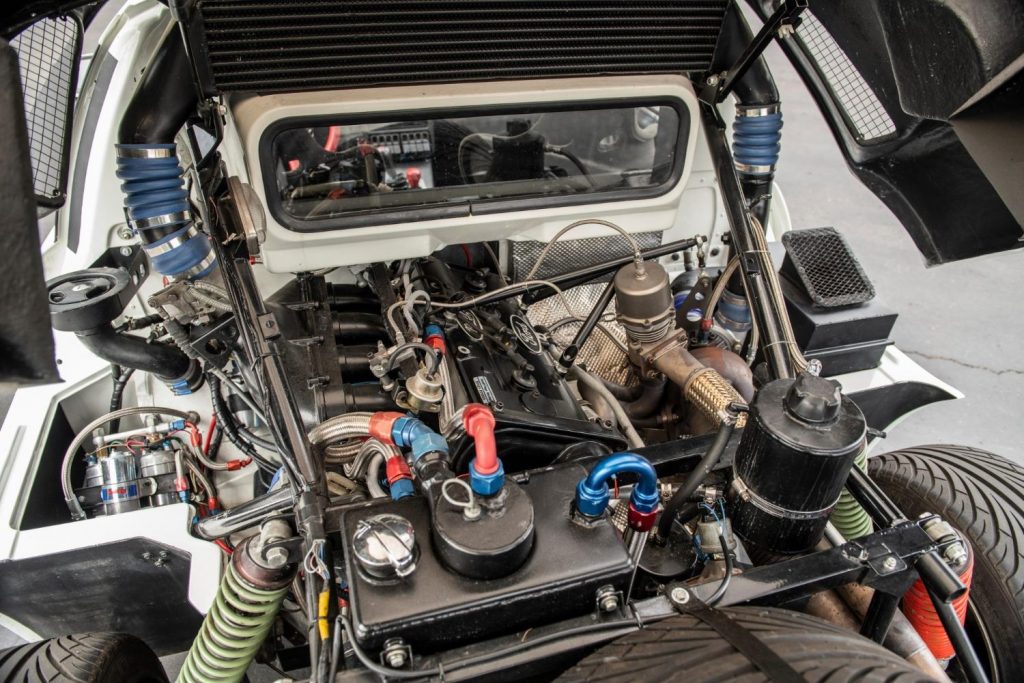 The rest of the RS200 Evolution is a mixed bag of parts as well, with fiberglass bodywork designed by Filippo Sapino of Ghia and constructed by Reliant, along with a chassis developed by F1 designer Tony Southgate and engineer John Wheeler. This particular example is finished in white with a fixed rear spoiler with built-in ventilation, a vented clamshell hood, integrated Hella driving lights, roof- and side-mounted air intakes, and 16-inch multi-piece Speedline wheels. Inside, a gray and black cabin contains fixed-back bucket seats, a fire extinguisher, a red leather-wrapped steering wheel, and a host of VDO instrumentation. Meanwhile, the upgraded powerplant was rebuilt back in 2018 and was originally rated to produce 600 horsepower, which it sends to all four wheels via a five-speed manual transmission and twin limited-slip differentials. 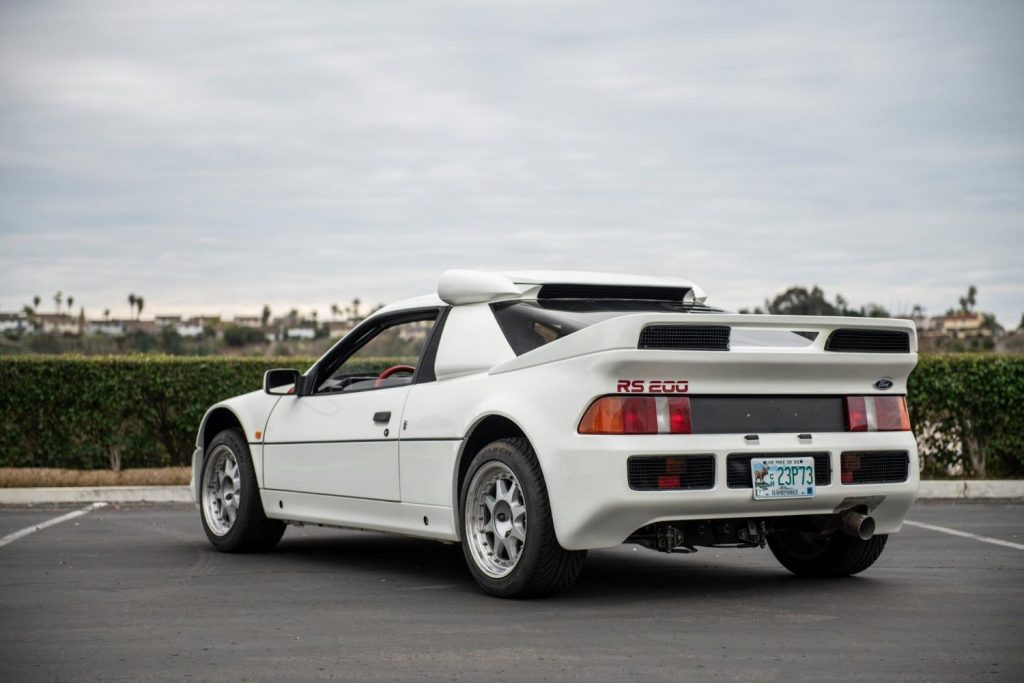 Given the incredible interest these cars still generate, decades after their construction, it’s a safe bet that this one will rake in some serious cash at auction. And if we had the means, we’d certainly be in that mix as well.

We’ll have more cool auction finds like this to share soon, so be sure and subscribe to Ford Authority for more Ford RS200 news and ongoing Ford news coverage.