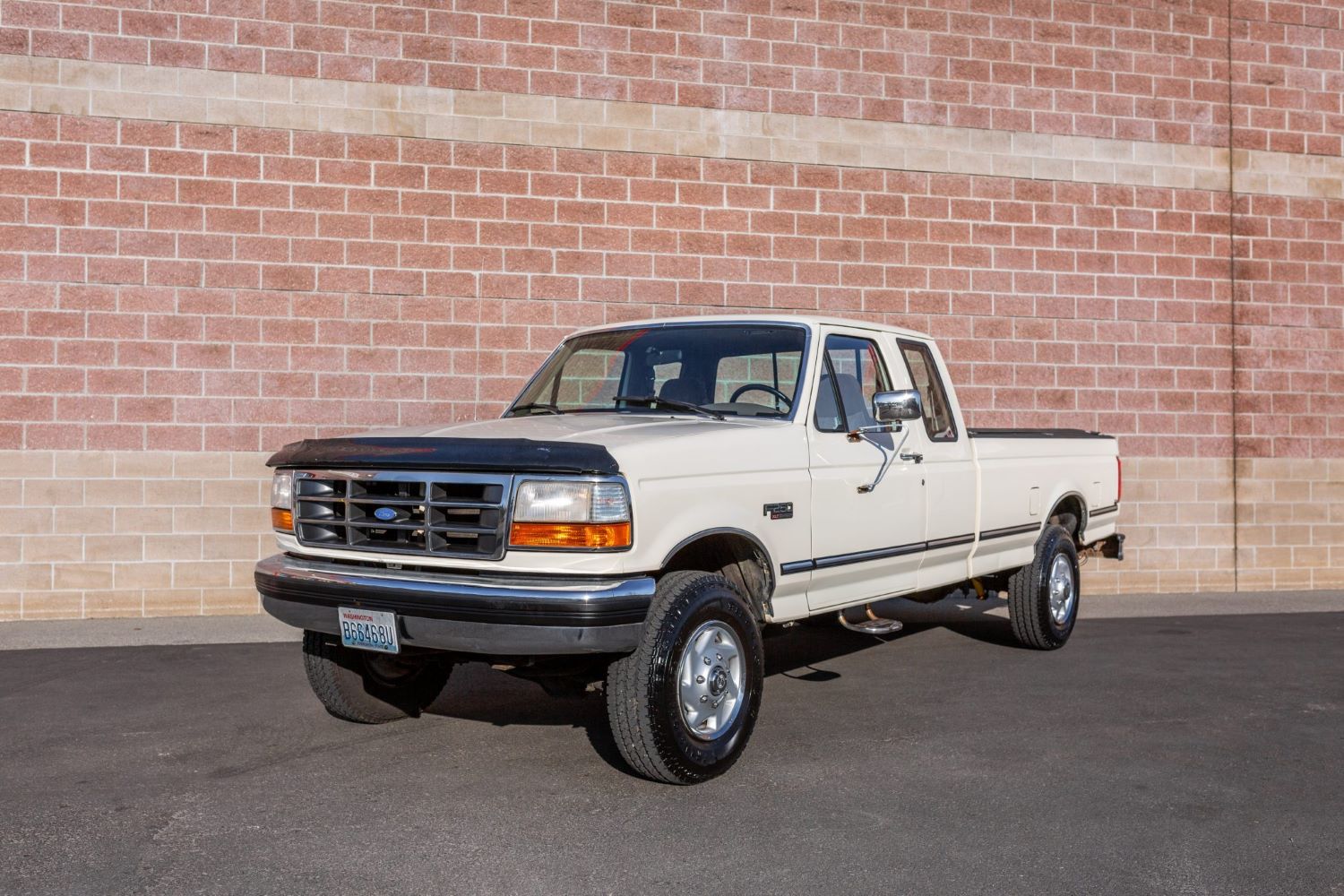 For many years, pickup trucks weren’t really targeted by collectors. But that has changed drastically over the last few years, as more and more people are dishing out big bucks for older trucks in solid condition. This has also led to an influx of low-mile pickups on the market, and this very nice 1995 Ford F-250 XLT 4×4 up for grabs at Bring a Trailer certainly qualifies as a blue-chip, time capsule of a find. 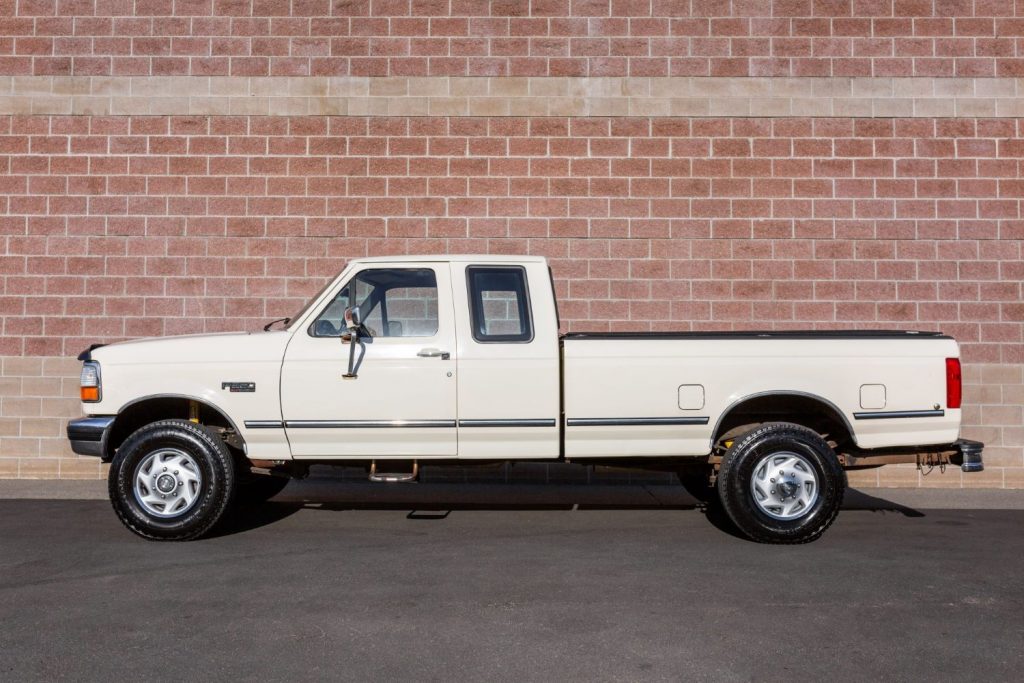 The extended cab pickup was originally registered in Washington State and has remained there ever since, but has just 8k miles showing on the odometer. It’s being sold by the original owner’s grandson, who inherited the truck back in 2015, so it’s also a single-family find. The Oxford White 1995 Ford F-250 is certainly in great shape as a result, though there is some corrosion in certain spots. 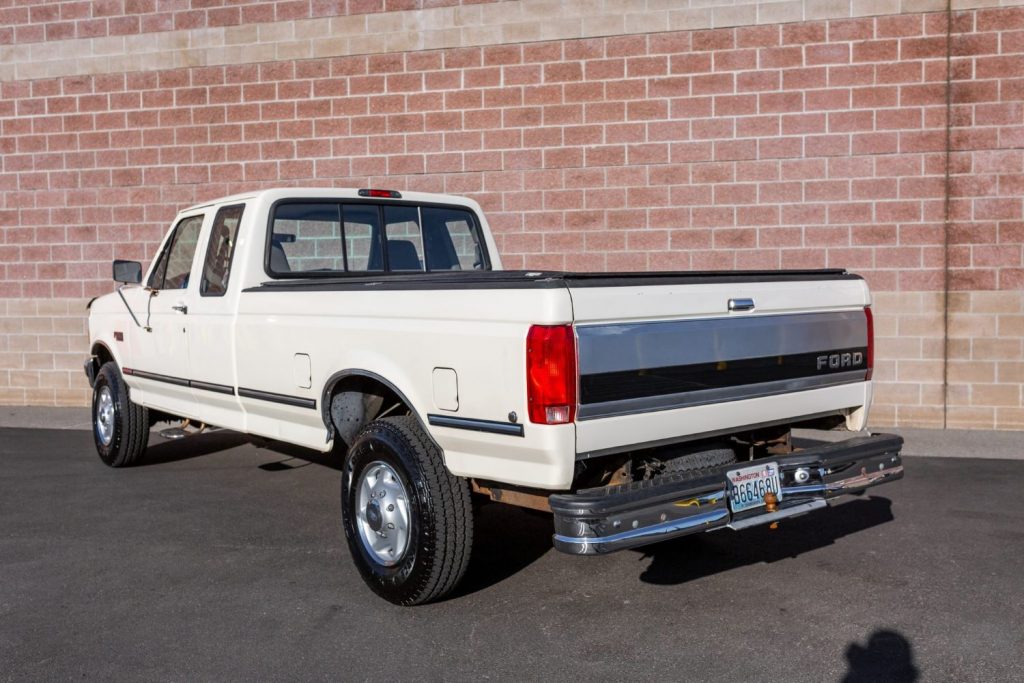 The F-250 is pretty much stock save for some typical add-ons like a bug deflector, side steps, and a roll-up tonneau cover. It wears relatively new Firestone tires that were added back in 2019, as well as new shocks. Inside, the big Ford has a tan interior with a 40/20/40 bench seat with lumbar support, a leather-wrapped steering wheel, air conditioning, and power locks and windows. 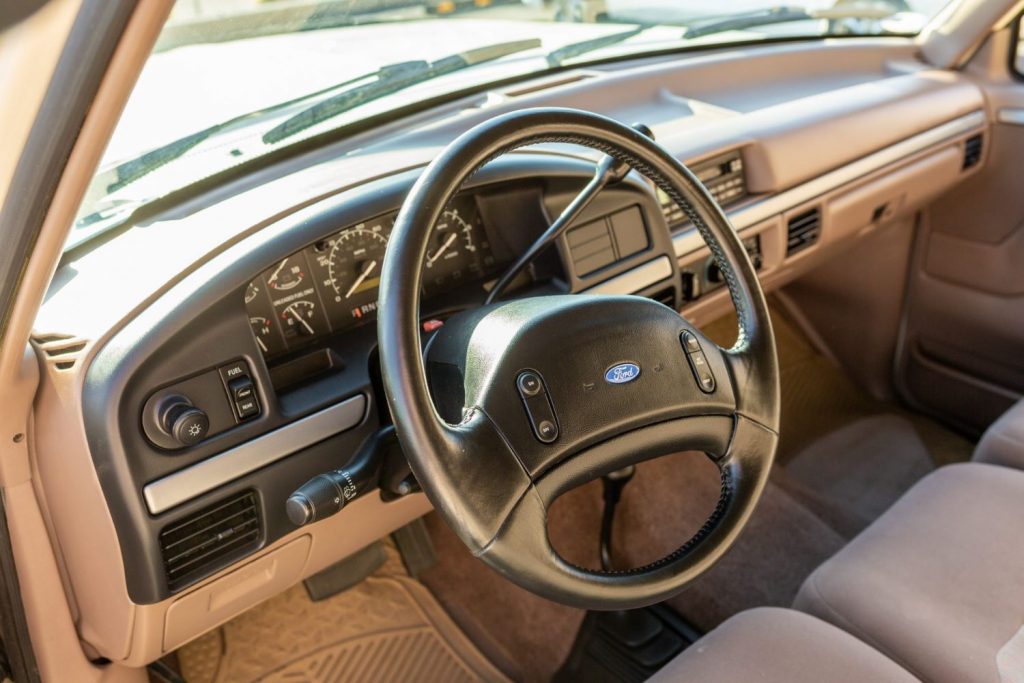 Under the hood lies Ford’s venerable 460 cubic-inch V8, which sends power to either the rear wheels or all four via a four-speed automatic transmission. Impressively enough, the seller racked up 7,000 of the truck’s 8,000 miles, so it’s nice to see that he’s used it over the last six years or so. And while there’s some surface rust underneath, this is still a very clean pickup in almost every way. 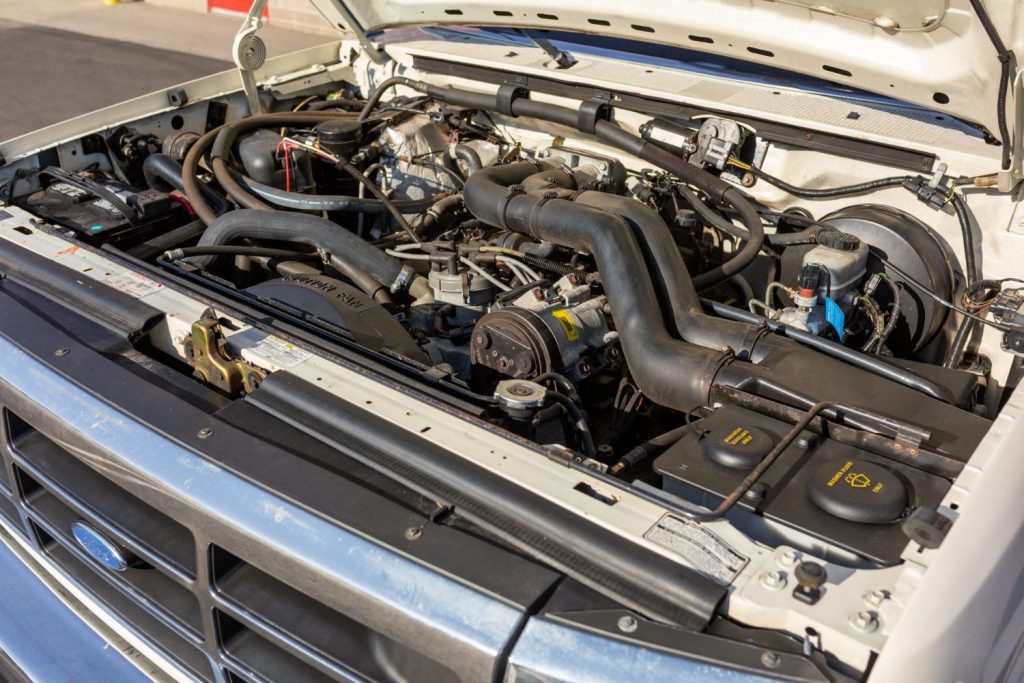 We imagine that it’s hard for the seller to let this F-250 go, given its sentimental value, but we have no doubt that it’ll find a new owner with no problem – and likely sell for a relatively hefty price, too.

We’ll have more cool auction finds like this to share soon, so be sure and subscribe to Ford Authority for the latest Ford F-Series news, Ford F-250 news, and continuous Ford news coverage. 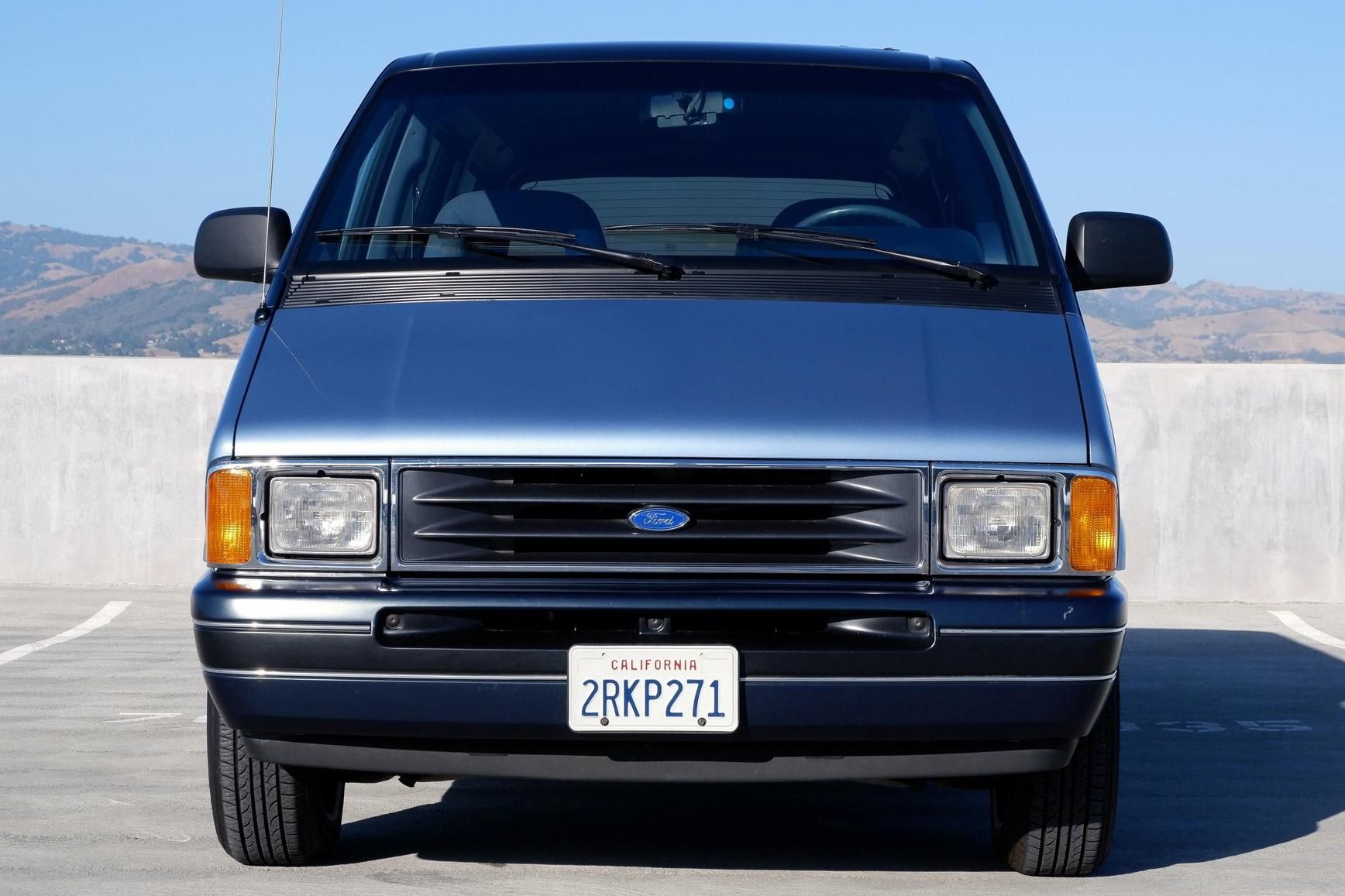 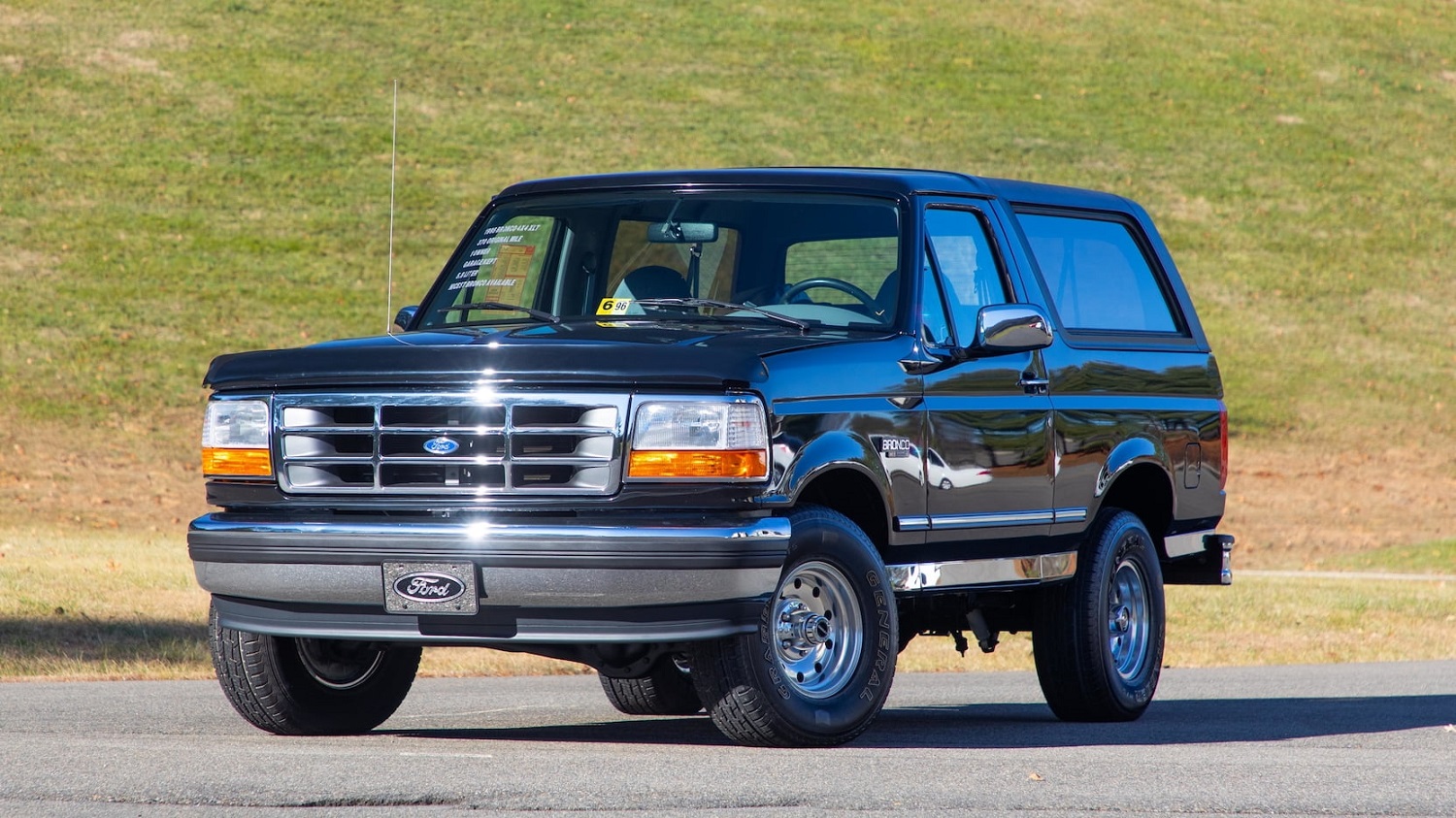