It wasn’t terribly long ago when it seemed like compact pickups were a thing of the past. Now, we’re on the cusp of a revival of sorts, as the 2022 Ford Maverick is set to enter production in July at the Ford Hermosillo Assembly Plant and launch with a sub-$20k starting price. The Maverick isn’t the only compact pickup on the way, however, as it’ll be joined by the 2022 Hyundai Santa Cruz, which the automaker just released a few teaser sketches of ahead of its official reveal on April 15th. 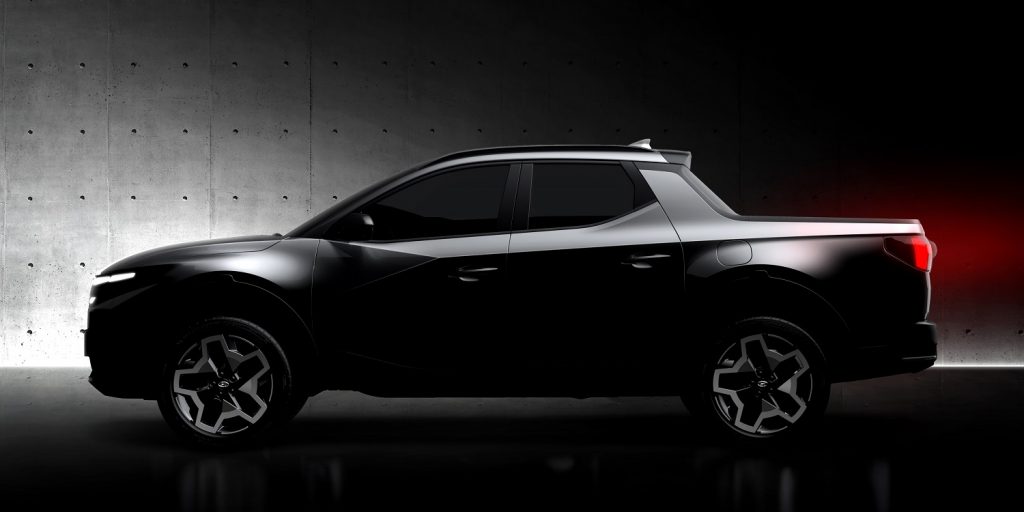 In all fairness, the 2022 Hyundai Santa Cruz is somewhat of a blend of a crossover and a truck, or what the automaker refers to as a “sport adventure vehicle.” Like the Maverick, it will be sold exclusively as in four-door (or SuperCrew, in Ford-speak) configuration, in this case with a short bed. Like the Maverick, the Santa Cruz will be built on a unibody platform instead of a traditional body-on-frame setup.

While the Maverick will be available in either front- or all-wheel-drive configurations, Hyundai only mentions all-wheel-drive in regards to the Santa Cruz. The new pickup/crossover will be built at the automaker’s Montgomery, Alabama plant beginning this summer. Unlike the Maverick, the Santa Cruz does not bother trying to look like a traditional, boxy pickup either, and instead opts for a more rounded, modern shape. 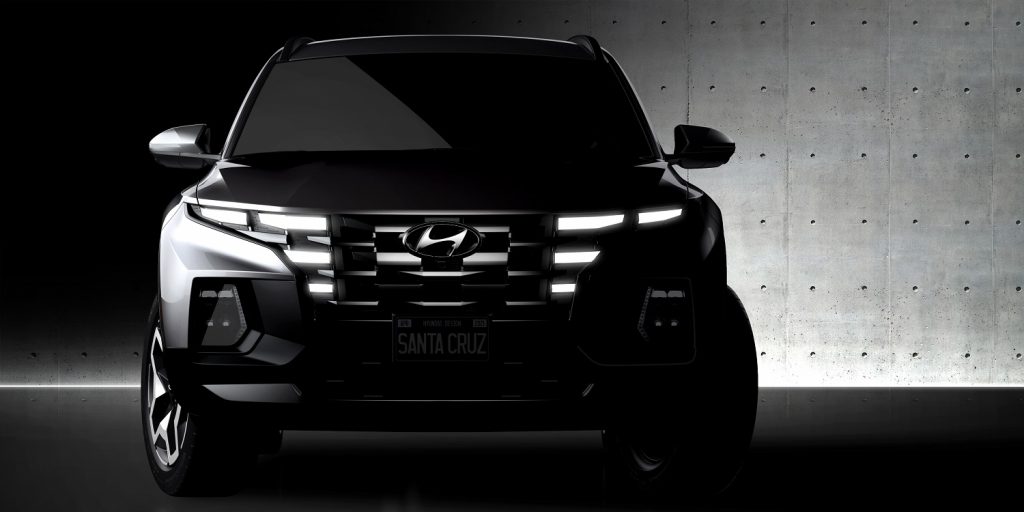 Otherwise, Hyundai isn’t sharing too many details about its new model, other than saying it will boast “a bold yet sophisticated design, powerful and efficient powertrain options, a flexible open bed for gear, cutting-edge connectivity, and a highly maneuverable all-wheel-drive platform that is equally at home in urban and adventure-focused environments.” 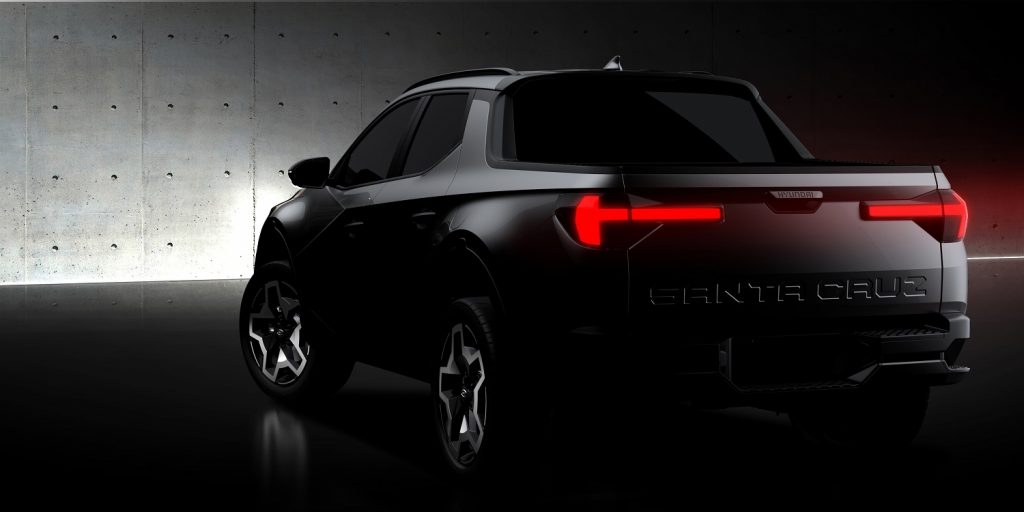 “Santa Cruz, with its bold styling, breaks open all-new segment territory, both for Hyundai and the industry as a whole,” said Jose Munoz, president and CEO, Hyundai Motor North America. “Open-bed flexibility coupled with closed-cabin security meets the changing everyday needs of its adventure-oriented buyers, while powerful and efficient engines and superb maneuverability ensure it is a pleasure to drive in urban or off-road environments. Our customers will wonder just how they managed before owning one.”

We’ll have more on what all of Ford’s competition is up to soon, so be sure and subscribe to Ford Authority for ongoing Ford news coverage. 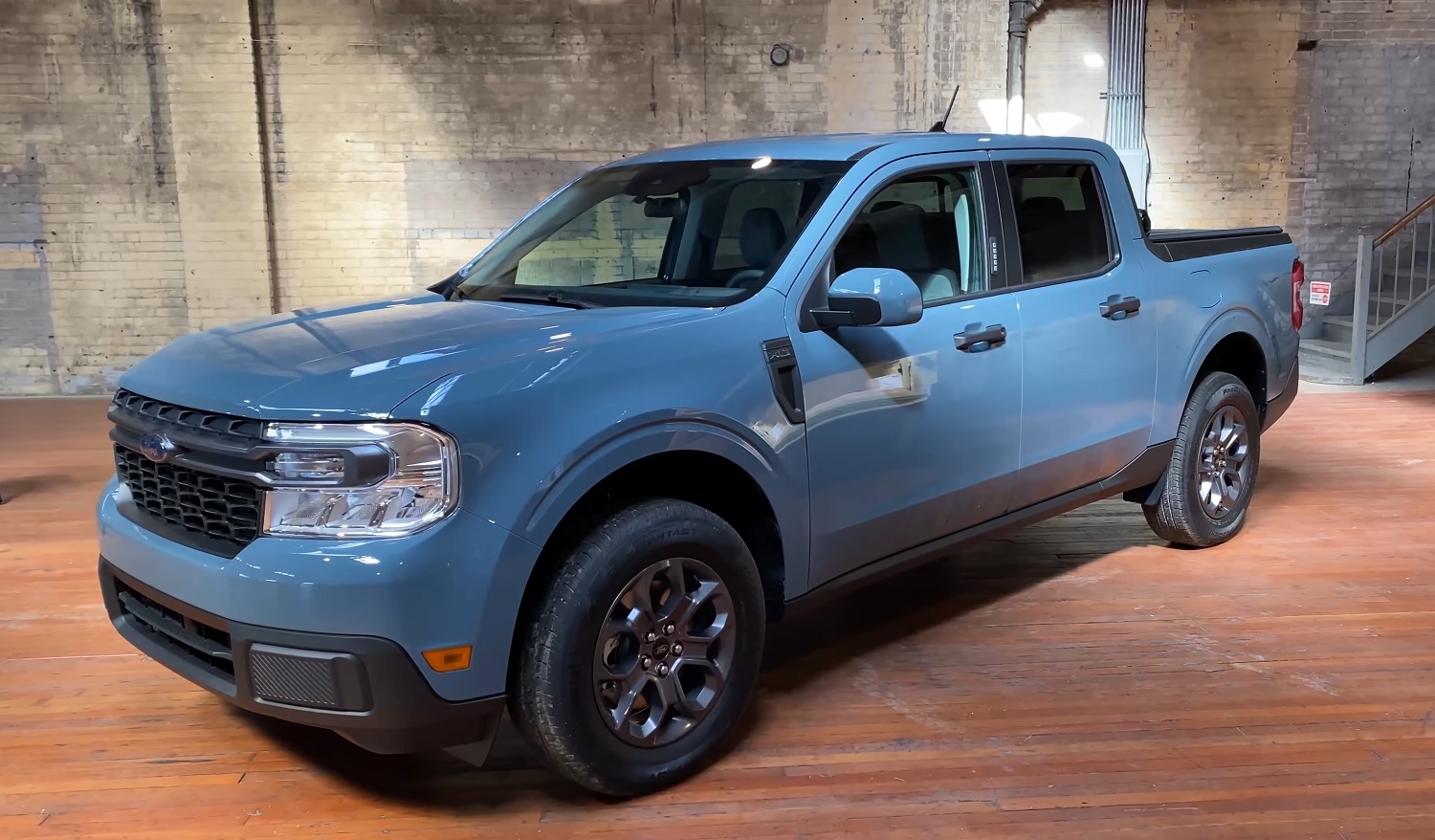