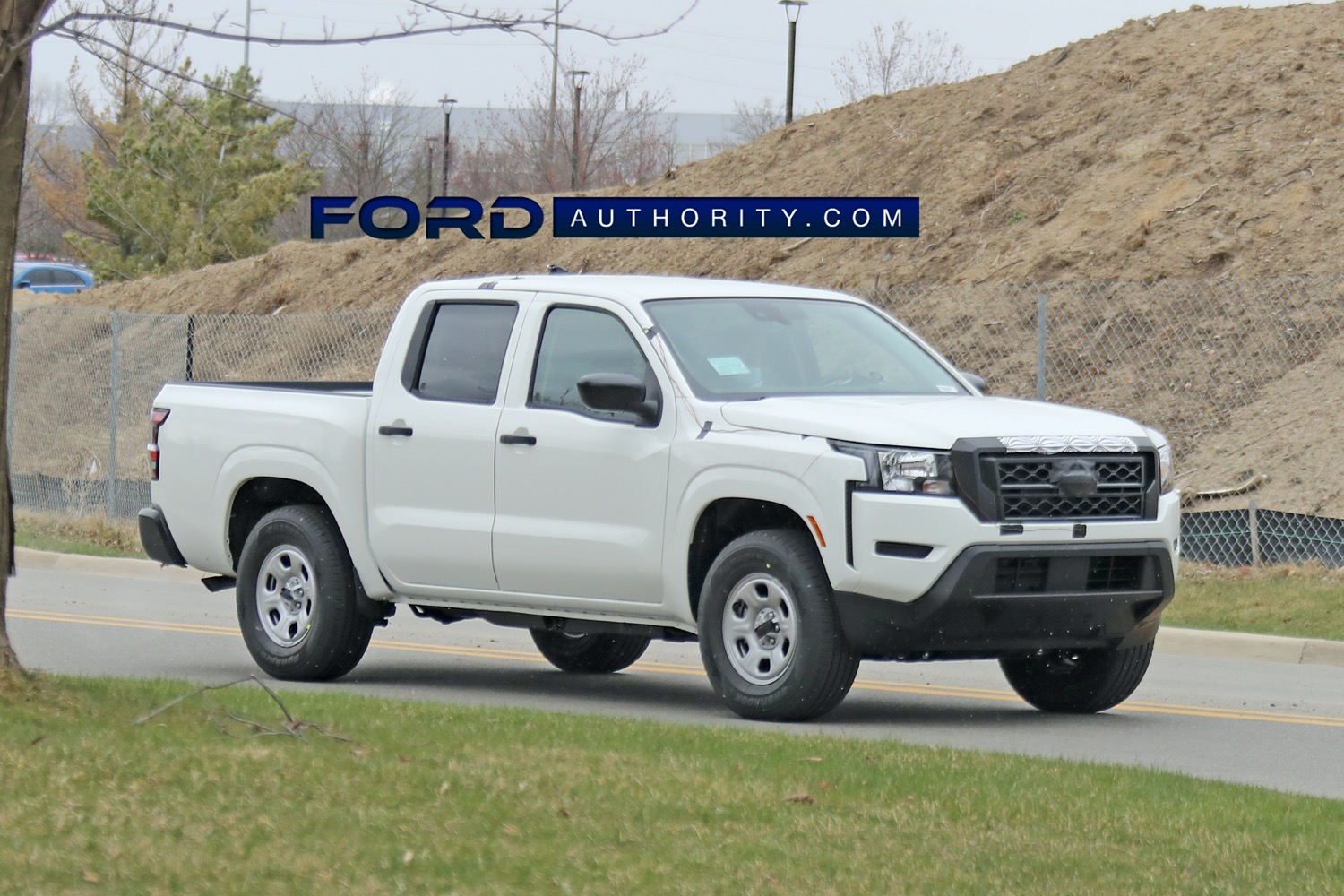 Ford Authority routinely publishes photographs of upcoming FoMoCo models before they make their official debut. Sometimes, our intrepid photographers capture shots of other vehicles too, and this time around they’ve managed to snag some pictures of the 2022 Nissan Frontier in its base configuration, seen for the first time since the Japanese automaker first revealed the Ford Ranger rival back in February. 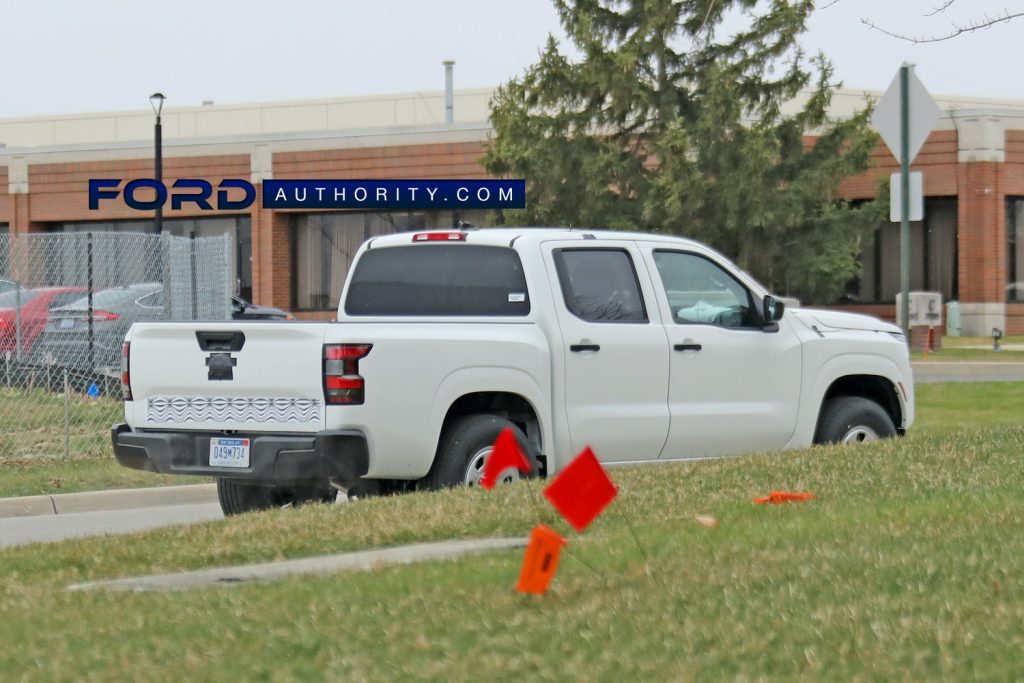 As one would expect of an entry-level 2022 Nissan Frontier, this particular example appears to feature halogen lighting all-around, in addition to plenty of unpainted plastic body equipment like the door handles and front and rear bumpers. There’s steelies too, and some notable vacancies up front where the fog lights would normally reside. Overall, nothing terribly unexpected for the base S trim. 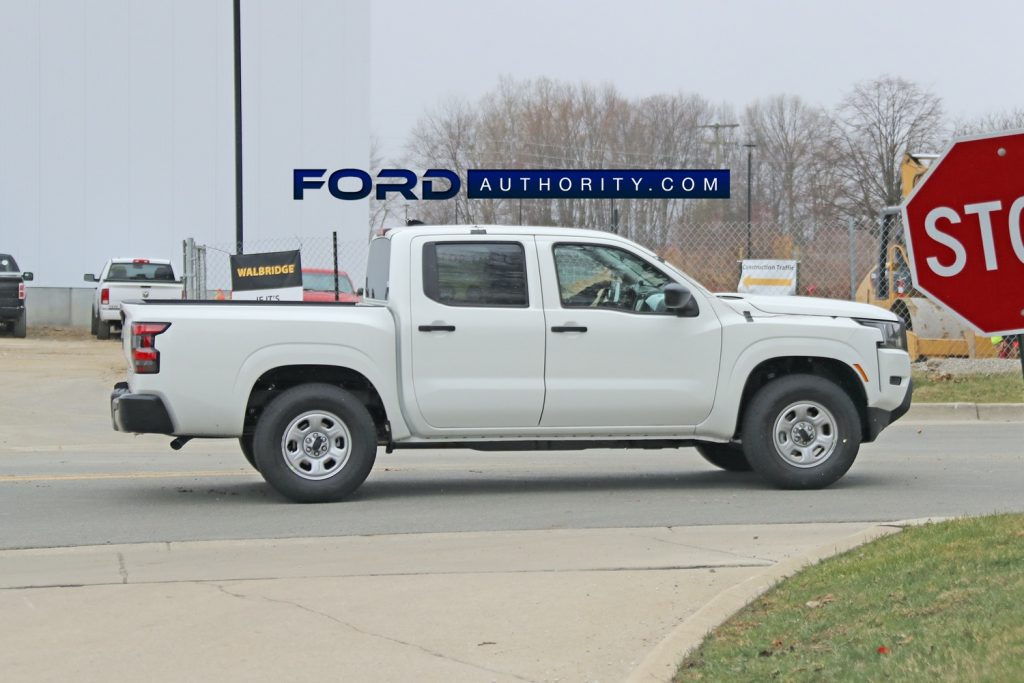 When the 2022 Nissan Frontier goes on sale later this year, the Japanese automaker will offer the mid-size with either a five-foot or six-foot box, in two configurations: King Cab (extended cab) or Crew Cab, which is Nissan’s SuperCrew equivalent. At launch, the base S trim will be joined by the SV, Pro-X, and Pro-4X trims. All models are set to be powered by the Nissan 3.8L V6, good for 310 horsepower and 281 pound-feet of torque, mated to a nine-speed automatic transmission. 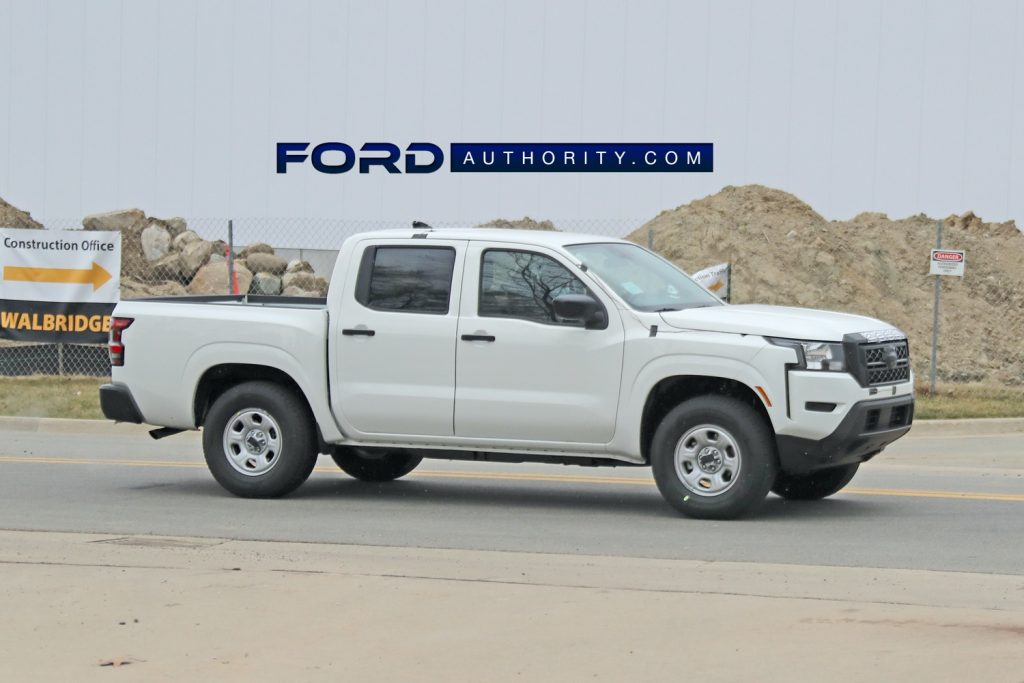 Instead of riding on an all-new architecture like the recently redesigned Nissan Navara, the 2022 Nissan Frontier will solider on with a revamped version of the Nissan F-Series Alpha platform, which is what the current model has been using since 2005. Either way, when it debuts in America later this year, it will go head-to-head with the 2021 Ford Ranger, which will most likely remain largely unchanged until the 2023 model year, when it is expected to receive a redesign. That generational change will most likely result in a significantly upgraded interior and an all-new PHEV powertrain.

We’ll have more on Ford’s competitors soon, so subscribe to Ford Authority for the latest Ford Ranger news and 24/7 Ford news coverage. 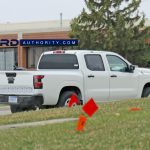 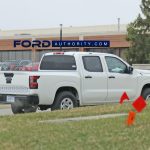 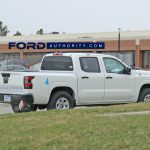 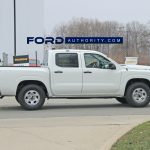 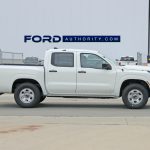 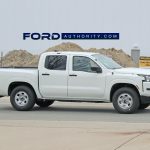 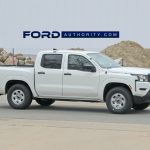 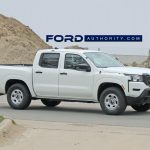 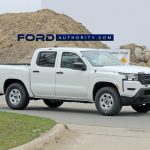 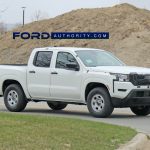 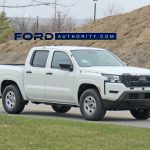 2022 Lincoln Navigator Base Trim Spied For The First Time