The Ford Michigan Central Station project started back in 2018 and has continued to press on in spite of the COVID-19 pandemic. The automaker is investing $350 million into its future 1.2 million-square-foot innovation and mobility campus, which will ultimately host 5,000 employees, and it has even used the project to give people a crack at learning the construction trade. Most recently, the Ford Michigan Central Station project has undergone 56,000 square feet of plasterwork, and this weekend, it also received a seriously huge load of concrete as the massive overhaul continues. 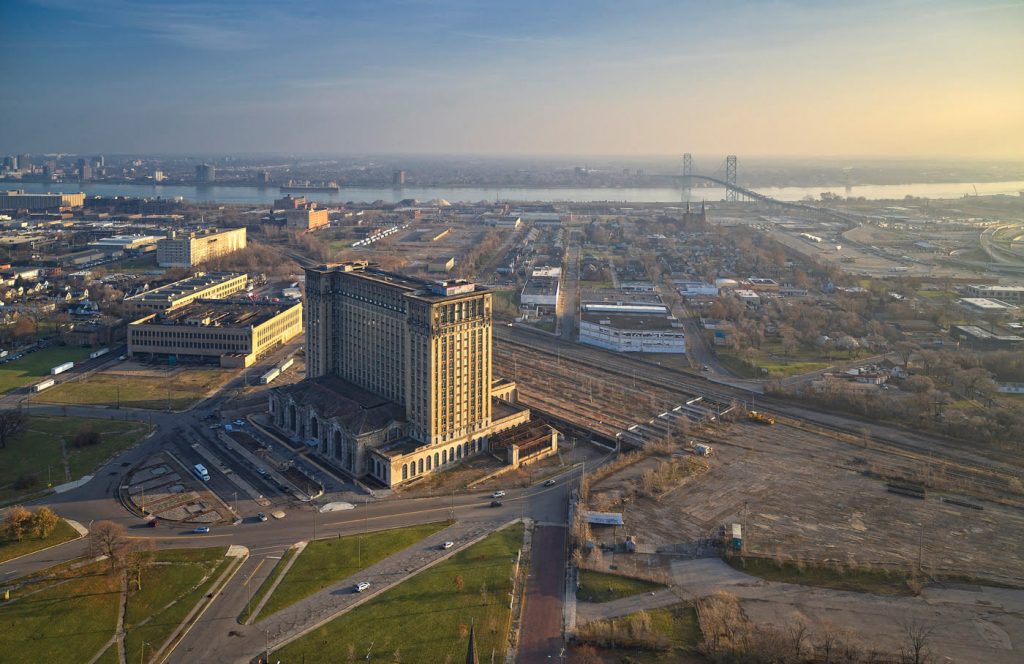 According to the Detroit Free Press, that consisted of a total of 250 truckloads of cement, brought in by around 25 concrete trucks that were pouring every hour on the hour for ten straight hours. In total, 2,000 yards of concrete were put down, but that isn’t even the end of it. Ford said that it will take four more days of similar output to reach its target of 11,000 total yards.

All of that concrete is being used to stabilize the sub-basement of Michigan Central Station, which was previously underwater for decades prior to its restoration. In fact, Ford had to pump 227,000 gallons of water out from the basement and sub-basement in total before it could begin work down below. 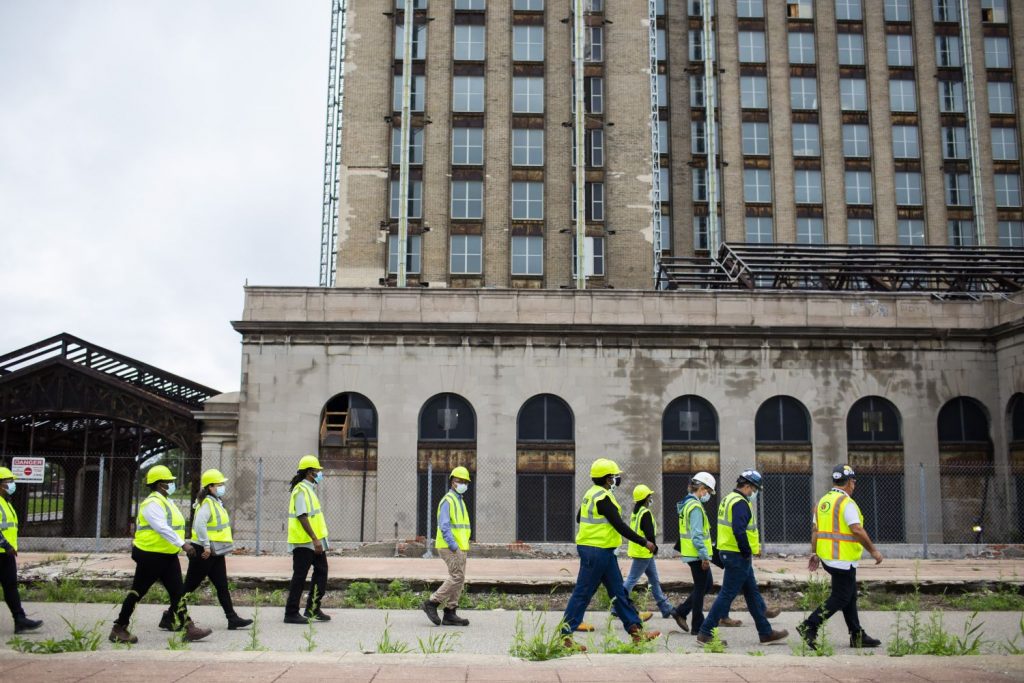 Structural engineers determined that a cement slab would better support the weight of the building than the large columns that were already in place, and would also be the most cost-effective and efficient method to do so. The original columns were left behind, however, though they’ve since been reinforced. 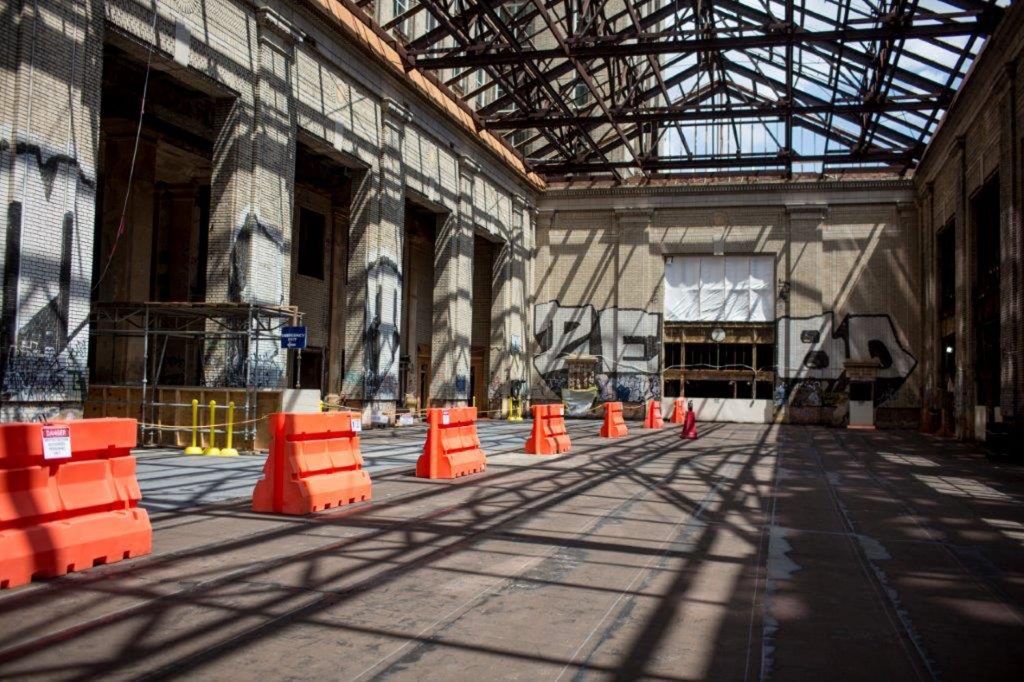 As work on the Michigan Central Station project continues to progress, Ford maintains that it will be ready to open by the end of 2022, breathing new life into what was once a bustling piece of Detroit history.

We’ll have more on Michigan Central Station soon, so be sure and subscribe to Ford Authority for ongoing Ford news coverage.