As we’ve covered extensively in the past, Hennessey Performance builds some pretty darn powerful and fast versions of just about any kind of vehicle we can imagine. That includes the Ford Mustang Shelby GT500, of course, which is available with the 1,000 horsepower Venom 1000 package. Hennessey is also working on an HPE1000 upgrade for the new Dodge Durango SRT Hellcat, so it figured now was a good time to line up stock versions of these two vehicles to see how they compare. 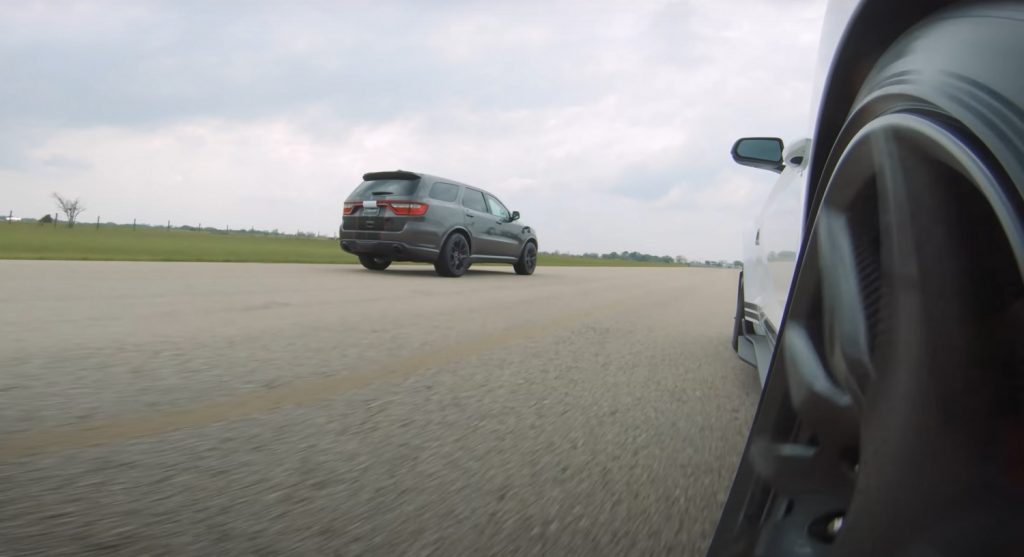 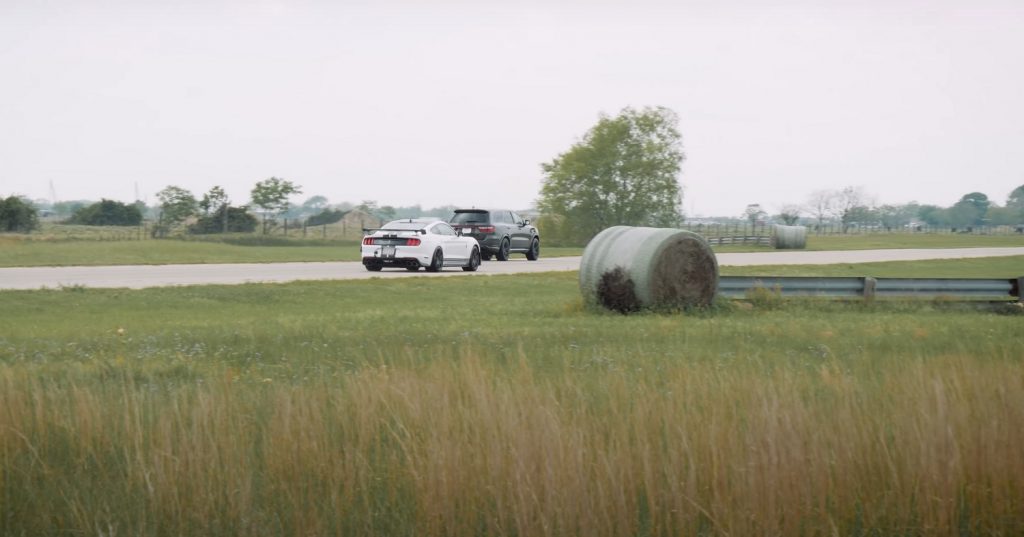 While the GT500 is a heavy car in its own regard, tipping the scales at nearly 4,000 pounds, the Durango is obviously on another level, as it weighs a hefty 5,700 pounds. So with less power yet the traction advantage of all-wheel-drive, does the family-hauling SUV stand a chance against the ultimate Ford Mustang? 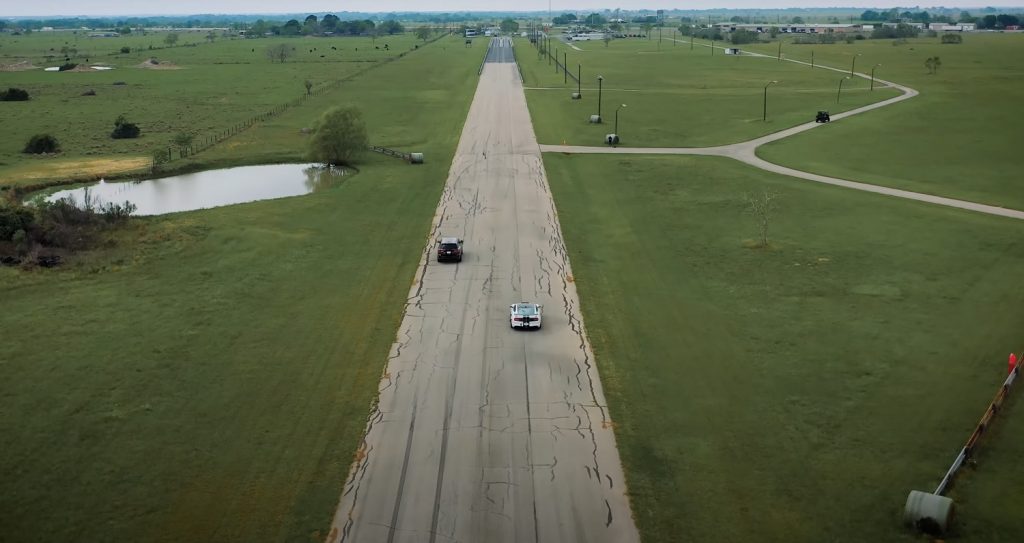 And the answer is, yes. The Durango SRT Hellcat uses that traction advantage to leap off the line and immediately put a gap on the GT500, but it doesn’t take long for the Mustang to catch up. Regardless, the GT500 takes the first race and lines up for another with warmer tires this time, but the result is pretty much the same.

If nothing else, this video is proof that the Durango SRT Hellcat is a pretty darn impressive vehicle, but we’ll be interested to see how these two match up once their respective 1,000 horsepower upgrades are completed.