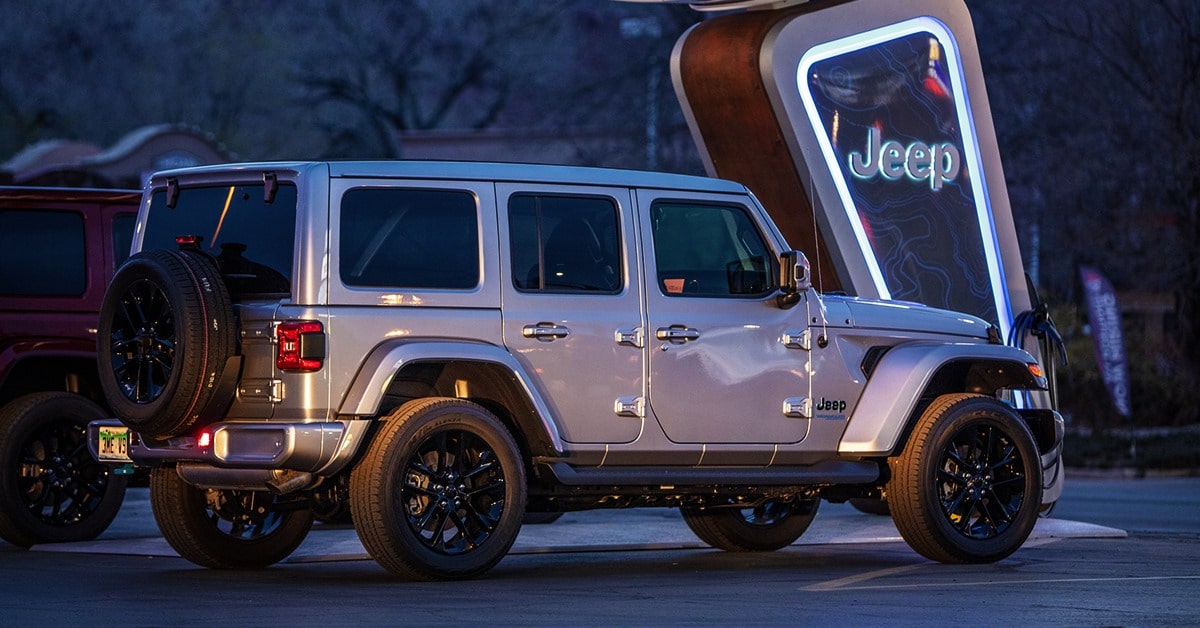 As automakers continue to expand their lineups with all-electric vehicles and consumers buy more and more EVs, the need for charging networks will only grow as well. Some automakers, including Tesla and Rivian, have or are planning on building their own charging networks, while others, like Ford, rely on third-party chargers from companies like Electrify America. Now, Jeep is teaming up with that very same outfit to create a network of Jeep-branded electric vehicle charging stations at major trailheads around the U.S. 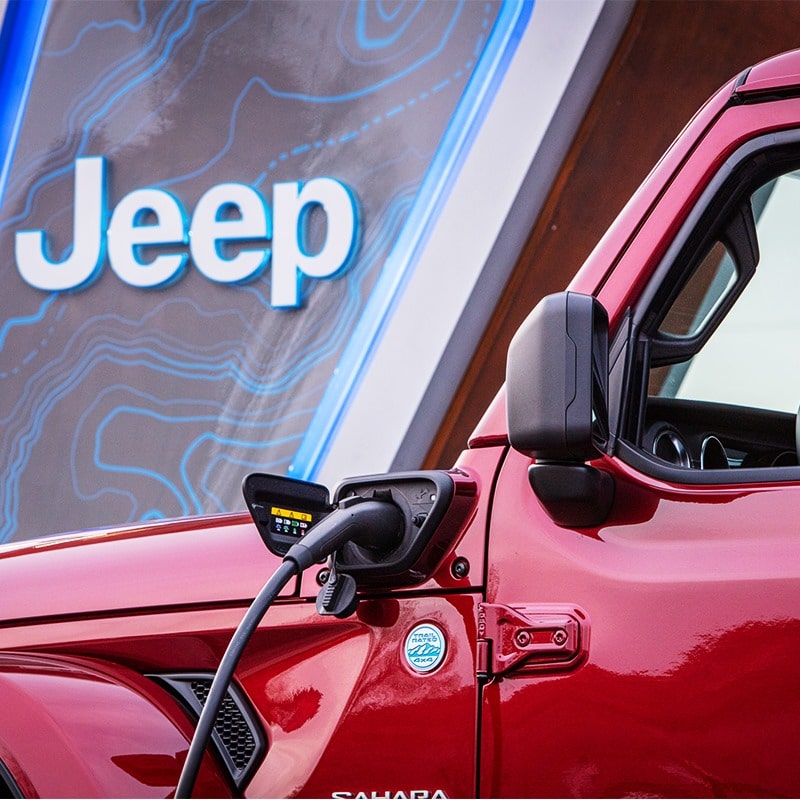 These Jeep electric vehicle charging stations will be a welcome sign for buyers of the new Wrangler 4xe plug-in hybrid and a potential future Wrangler EV who want to be able to enjoy them off-road. Additionally, all Jeep models will be available with some sort of electrification option by 2022. The automaker will serve those customers with its new charging stations, which will be located by trails that have earned the Jeep “Badge of Honor” status, which allows owners to earn rewards after traversing them.

The first Jeep electric vehicle charging stations will be placed at trailheads in Moab, Utah, Big Bear, California, and the Rubicon Trail in Pollock Pines, California. In total, the automaker plans on installing 35 Level 2 chargers across the country, which will get their electricity from both solar power and the grid. 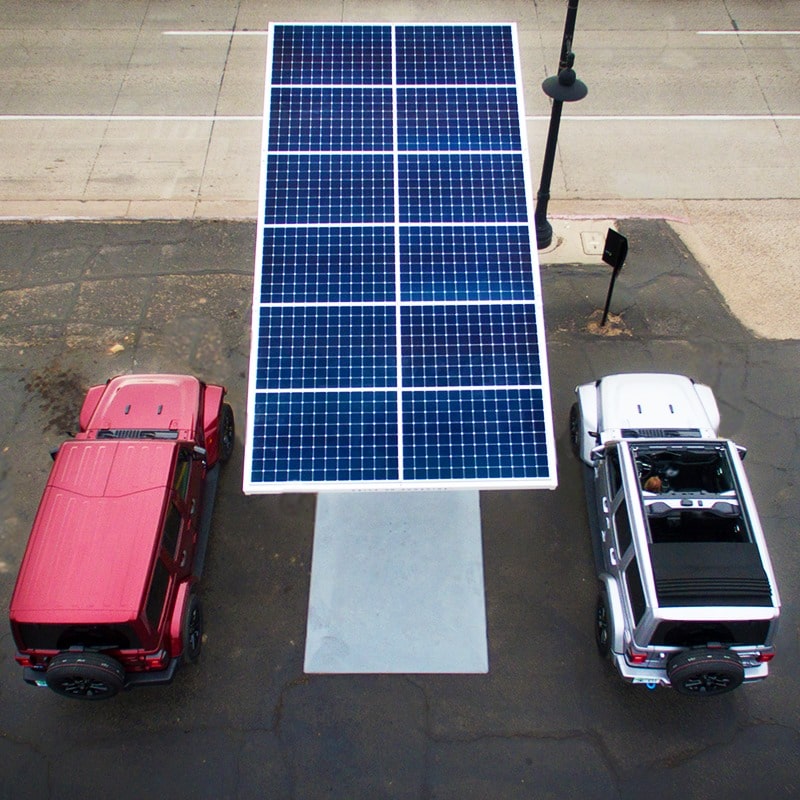 Wrangler 4xe owners will be able to charge at the stations for free when using Electrify America’s mobile app, but the chargers are exclusively available to Jeep owners. The chargers are even designed to look like trees and blend in with their surrounding environments, with solar panels up top and topographical maps on the sides. 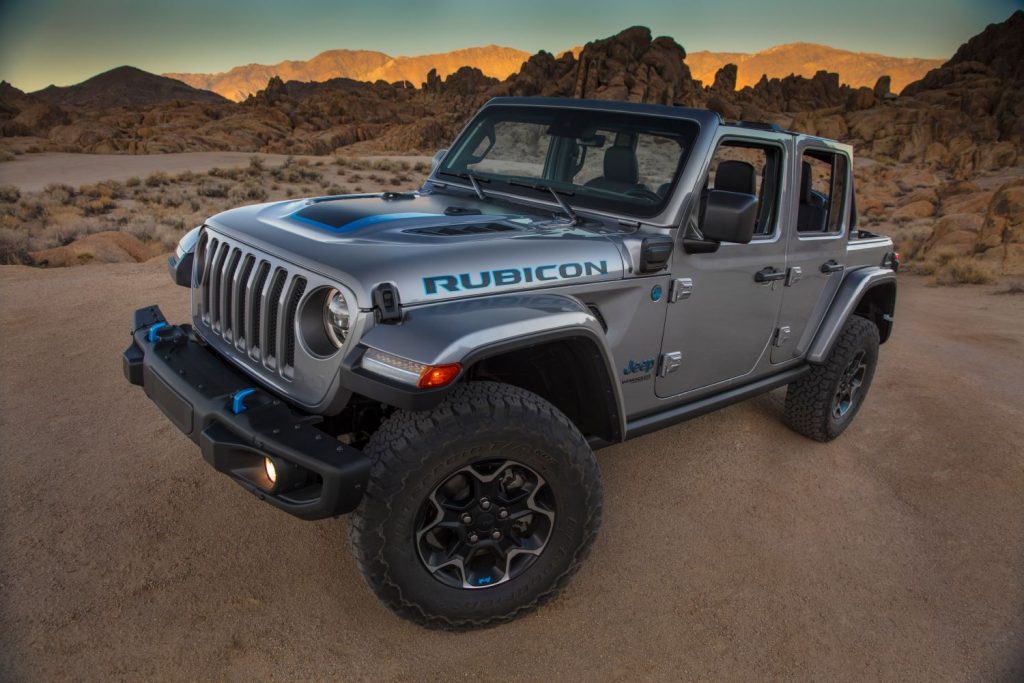 As for the Wrangler’s chief future competitor – the Ford Bronco – we could certainly see FoMoCo doing something similar if and when a plug-in hybrid or fully electric version becomes available. But for now, Jeep remains just a step ahead in that regard.

We’ll have more on what Ford’s competitors are doing soon, so be sure and subscribe to Ford Authority for 24/7 Ford news coverage.