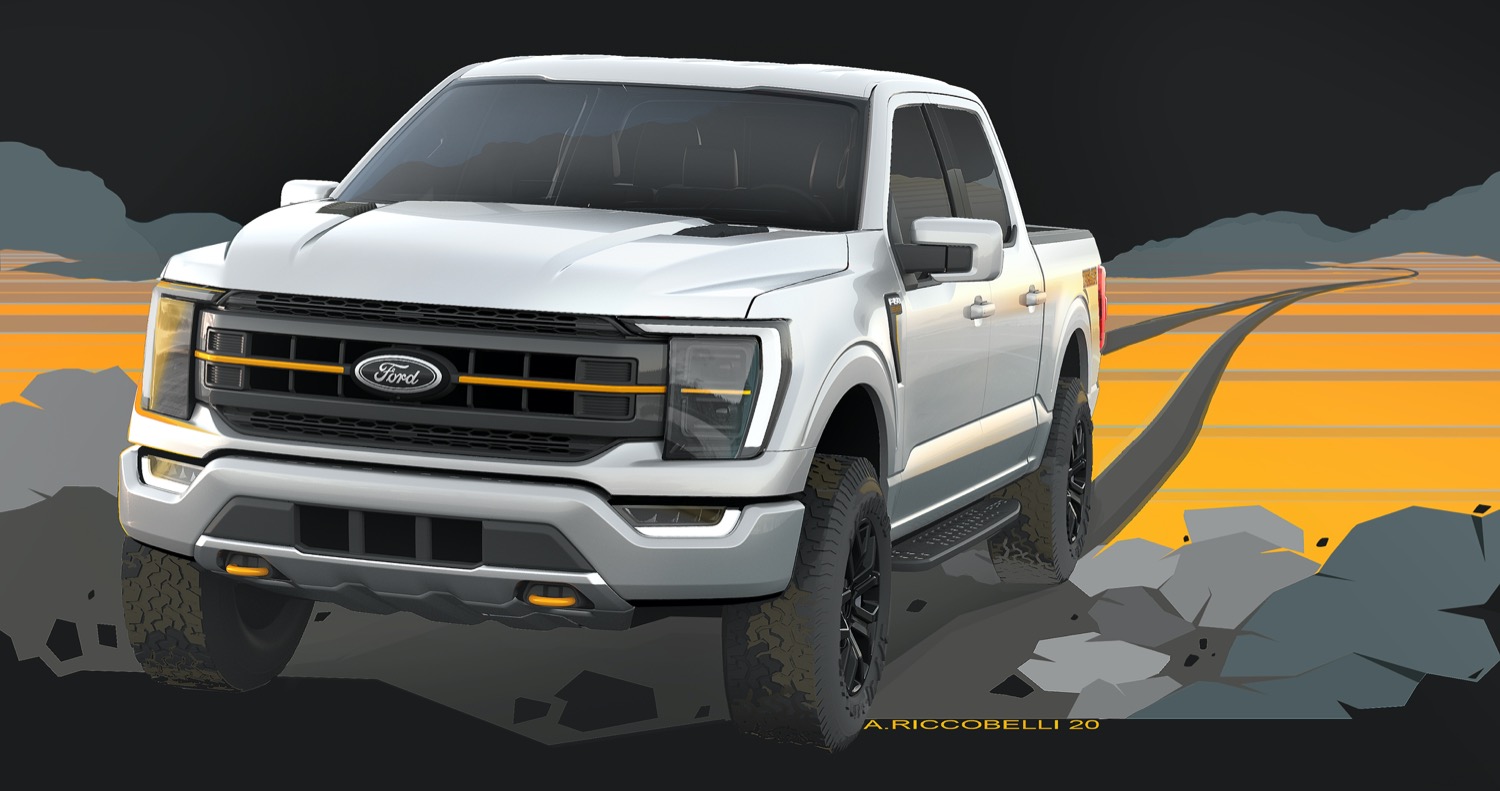 As the USA’s best-selling pickup truck and vehicle for decades, few vehicles can match the widespread appeal of a Ford F-Series truck, not to mention the staggering array of options available to personalize it, whether from the factory, as official accessories, or in the aftermarket. And for those who don’t quite need the Raptor’s trick suspension upgrades, but could use a bit more off-road capability than the FX4, the new F-150 Tremor model will launch this summer. Among the photos Ford has released were some intriguing concept drawings that add context and color (literally) to the origins of this new offering. 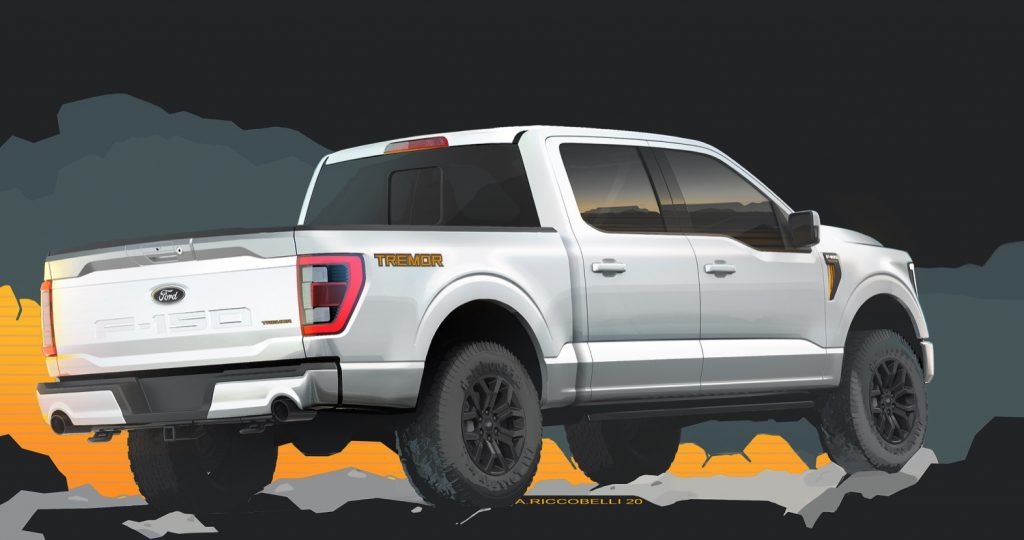 Building on the evolutionary design of the 14th-generation F-150, the Tremor adds an even more imposing overall stance and front fascia, with exclusive details inside and out. We can see these cues envisioned clearly in the sketches by Adam Riccobelli, a graduate of the Cleveland Institute of Art and now an Exterior Designer at Ford.

Notice the fiery amber desert scene in the background, and the matching splashes of color on the tow hooks, grille, and side panels? Providing a stark contrast to the white, gray, and black surroundings, those Active Orange highlights transferred directly to the production model and help set the 2021 F-150 Tremor apart from the crowd. 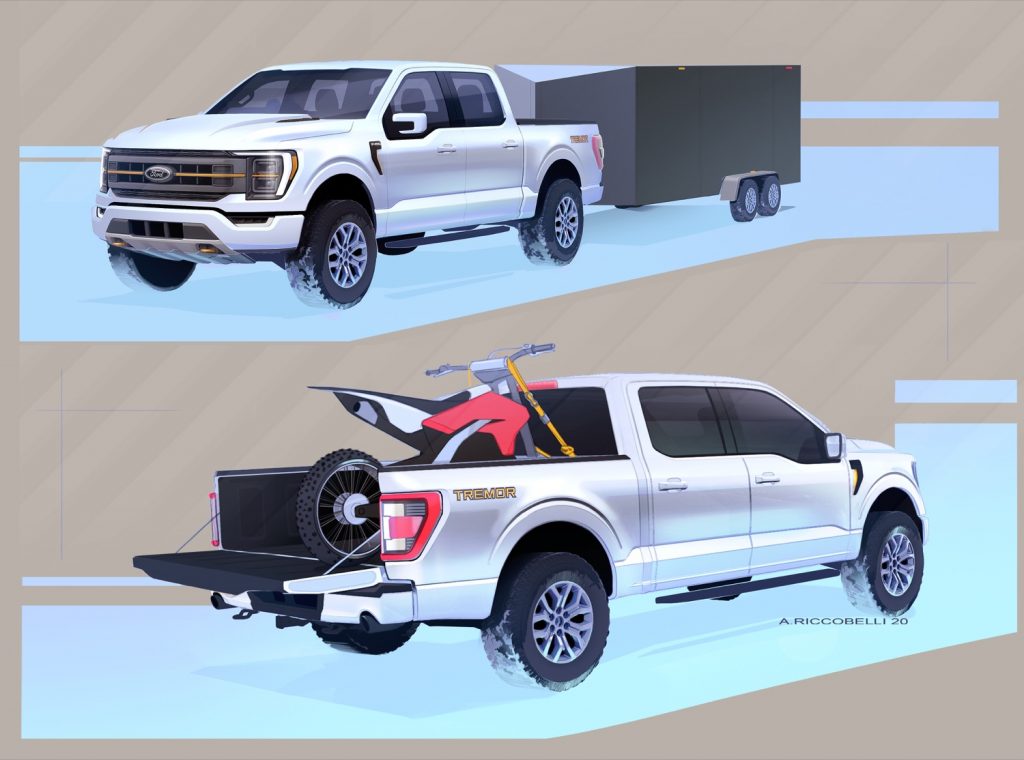 The same goes for the matte-finish 18-inch alloy wheels, which can be seen in the artwork with both traditional silver paint and a more contemporary black. Judging by the finished product, the darker hue won out, matching nicely with other details throughout the vehicle.

Running boards that maximize ground clearance and chunky all-terrain tires survived the journey from concept drawing to reality as well. Clearly Ford has paid attention to the soaring popularity of these items in the aftermarket, and they will be well appreciated on the trail, in the snow, or wherever else the adventure may lead. 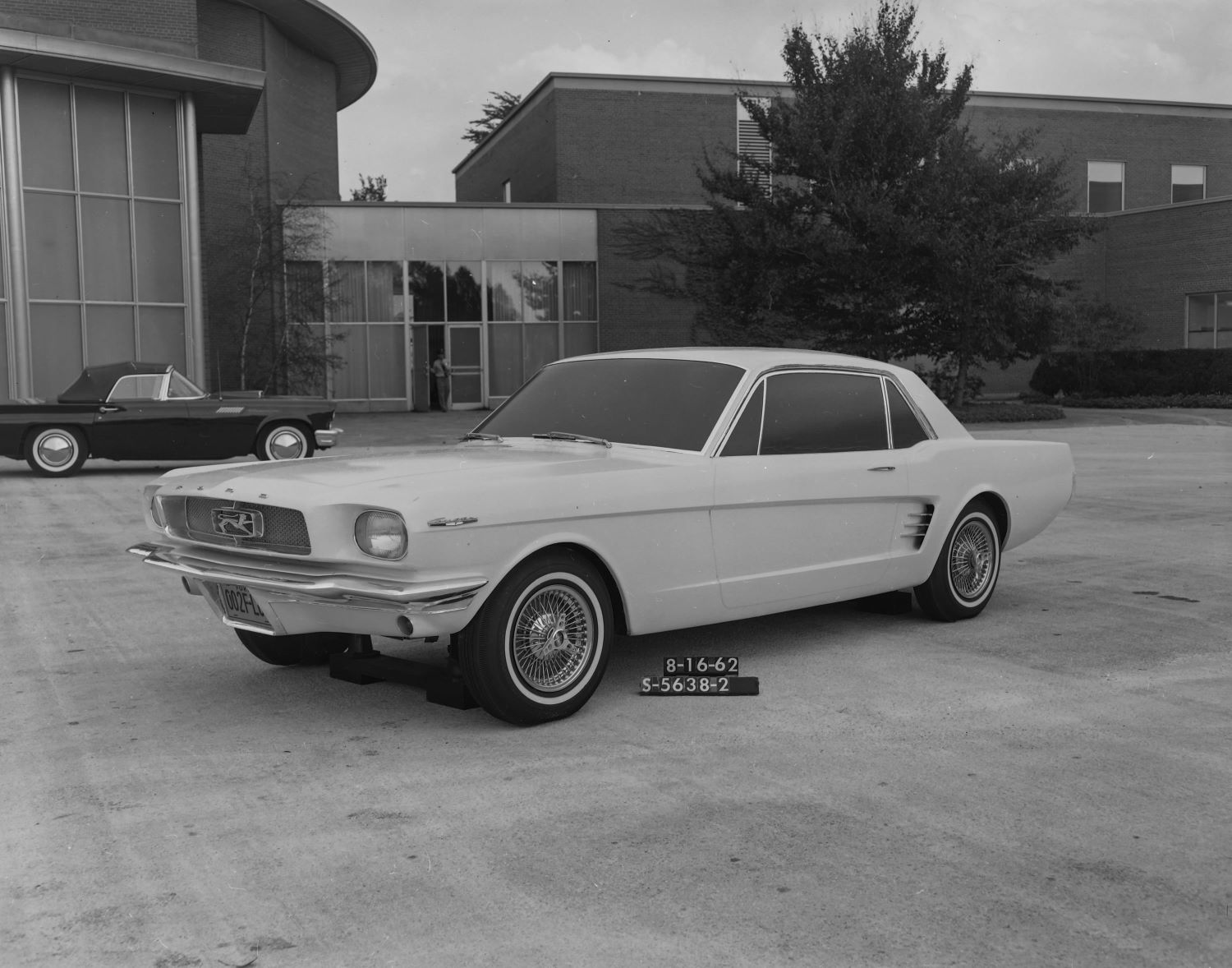 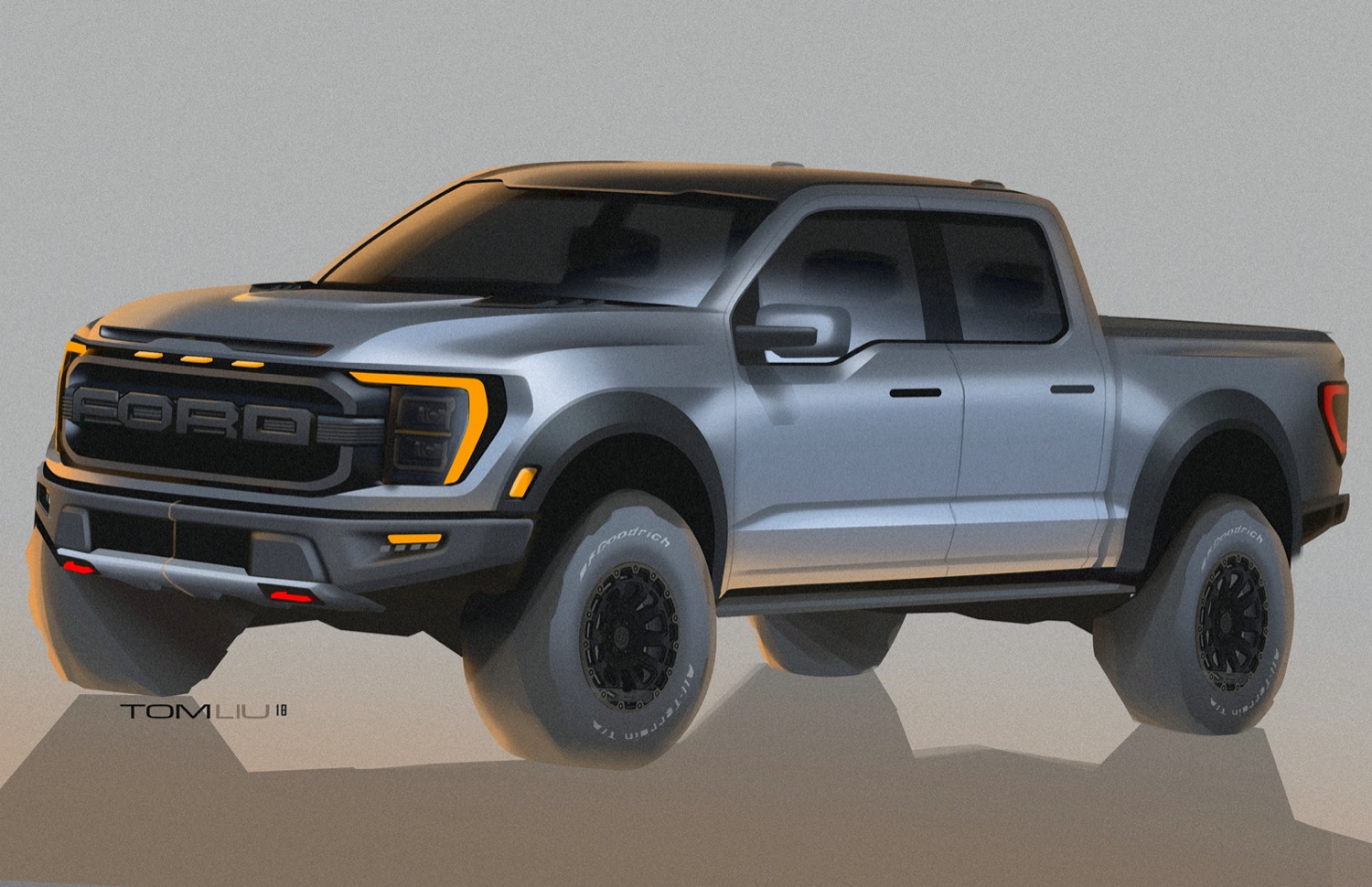 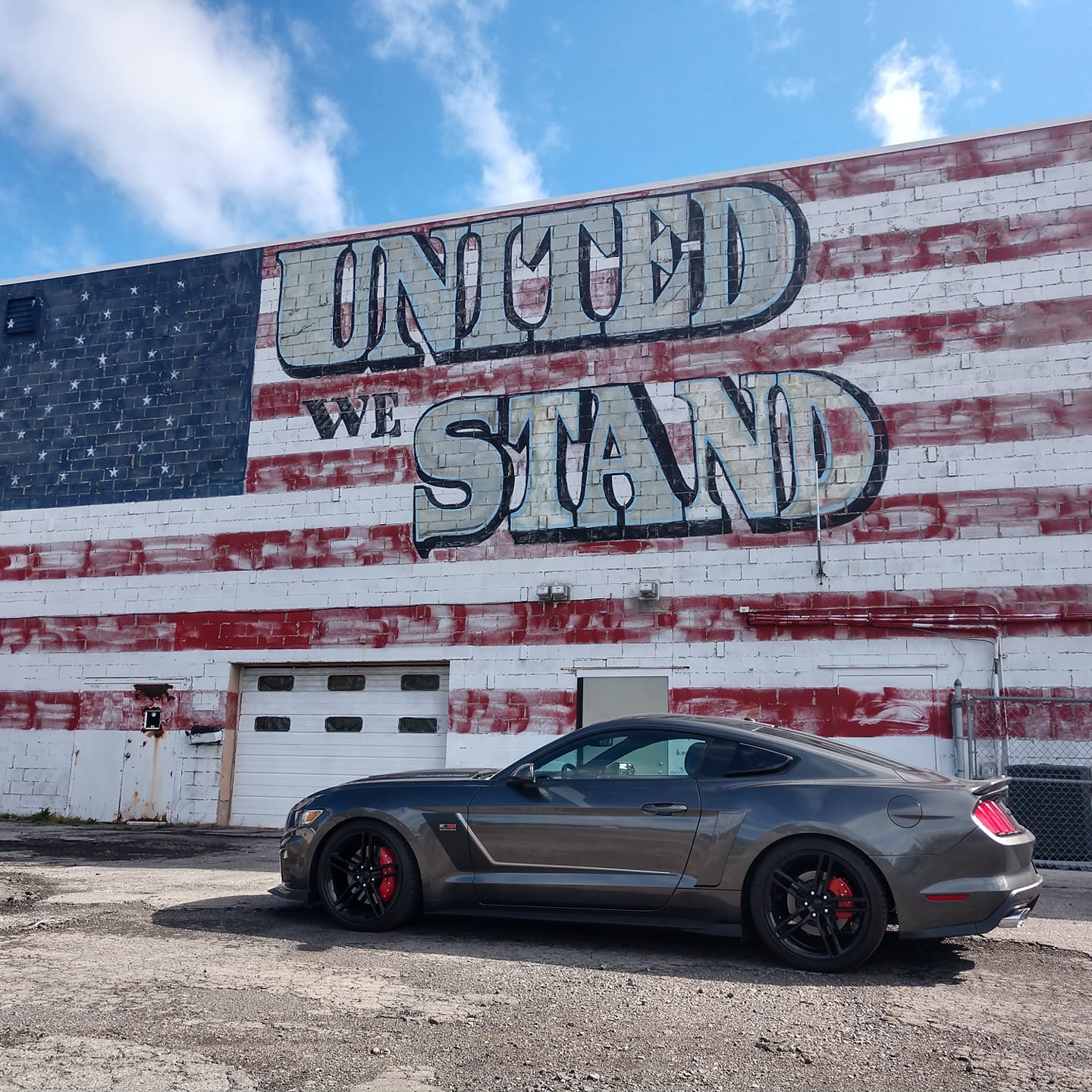 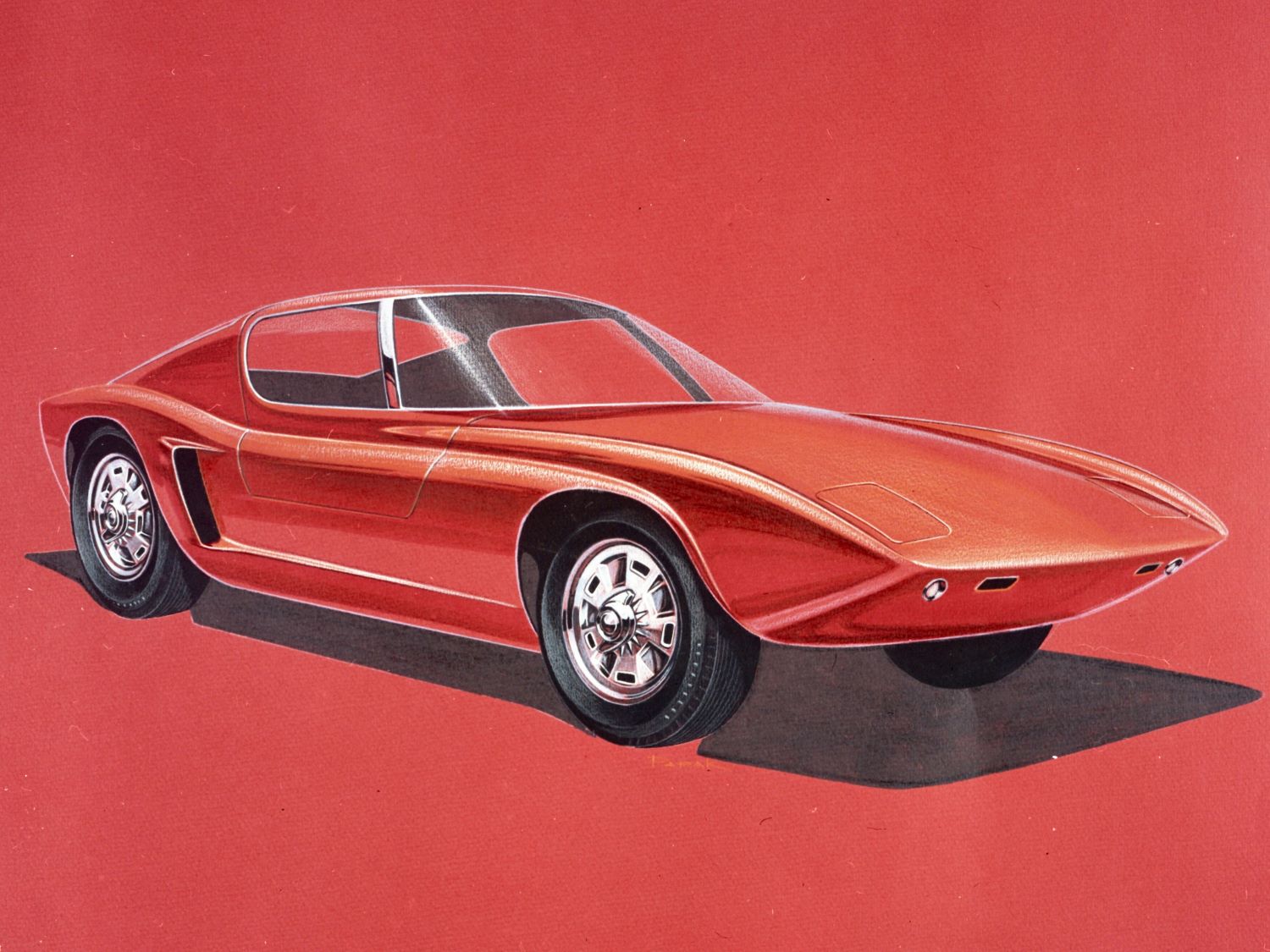