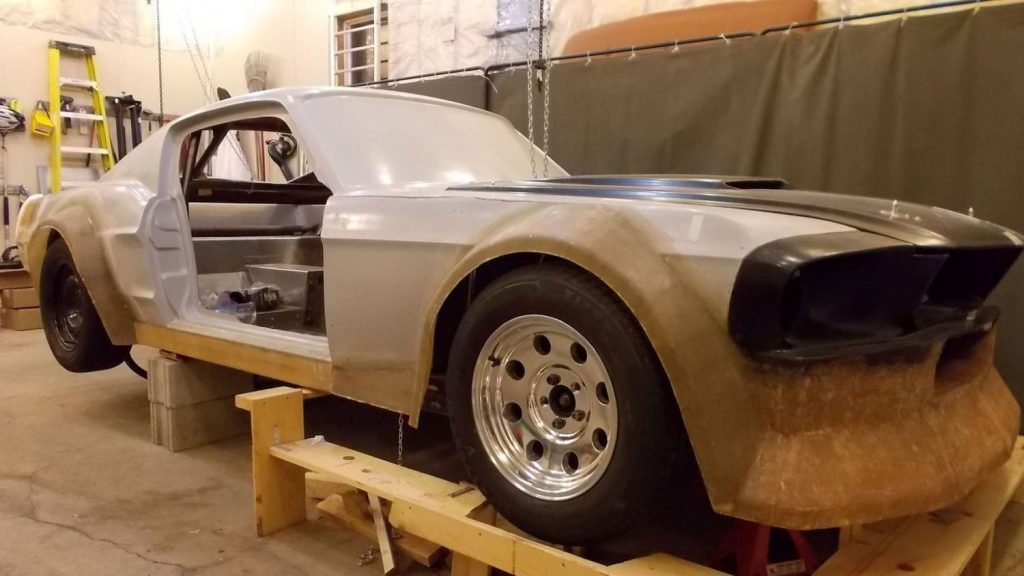 We come across weird mashups and Frankenstein-like builds all the time, including some built by conversion companies and others pieced together by individuals simply looking to do something different. The latter applies to this Ford Mustang Crown Victoria mashup, appropriately dubbed the “VicStang.” If nothing else, it’s certainly the first time we’ve seen someone mate a Ford Mustang body to a Crown Vic chassis. 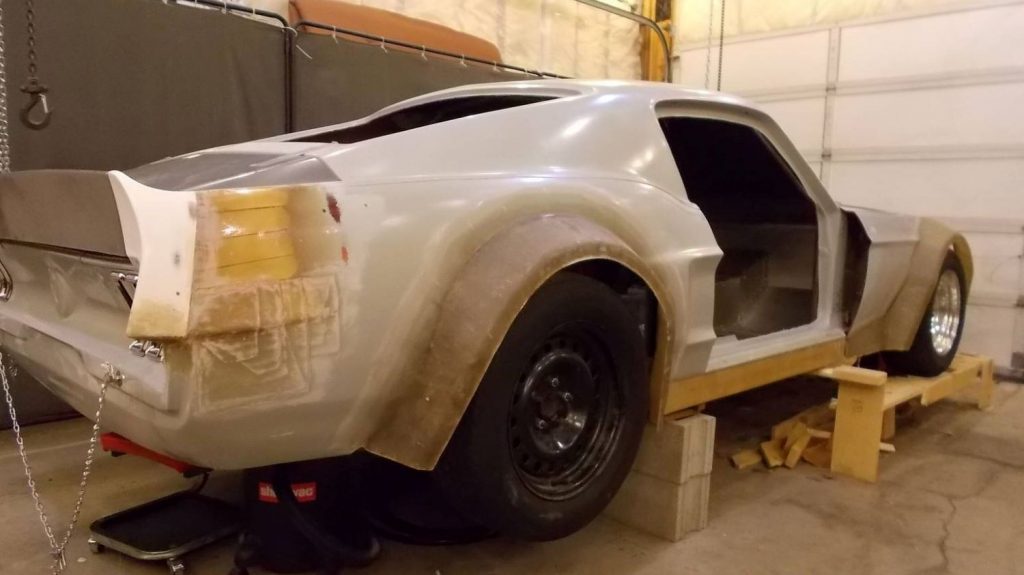 The Mustang Crown Victoria, um, thing is currently up for sale in an unfinished state at Hemmings with an asking price of $11,900. And as much as we’d like to dismiss it as a rolling junk pile, that doesn’t appear to be the case at all. In fact, it actually looks like it’s been put together quite well with a bunch of good parts. 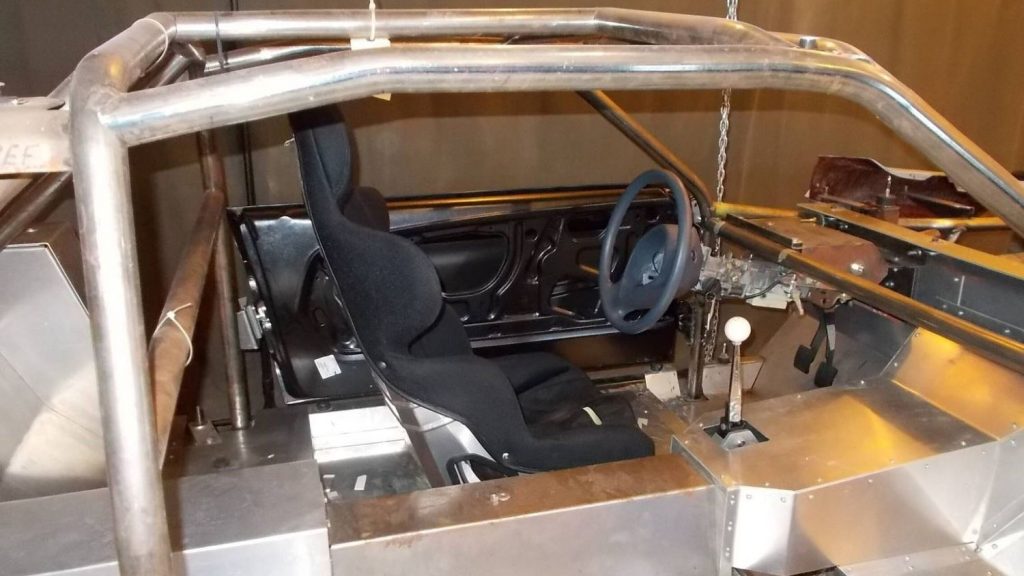 The “Vic” part of “VicStang” comes from the car’s 1998 Crown Victoria Police Interceptor chassis, which has been shortened in the front and rear but still retains its stock wheelbase, brakes, and suspension. Meanwhile, the “Stang” portion of the build pertains to the car’s 1967 replica fiberglass body that has been heavily modified to fit the large frame and adopt a few Shelby-style components. 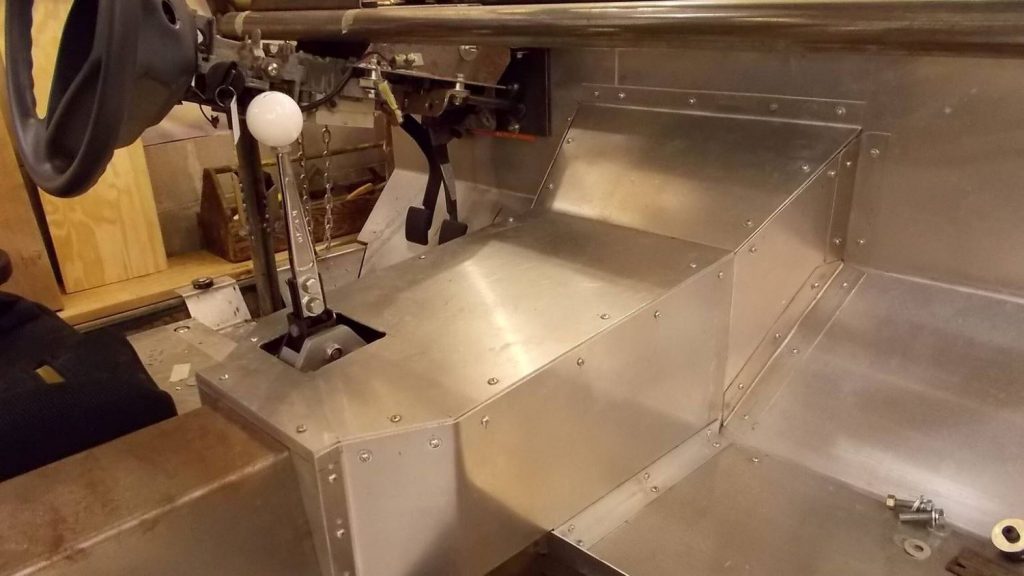 The VicStang is currently powered by a stock 460 V8, which is mated to a Richmond Super Street five-speed manual gearbox and the original Crown Victoria 8.8-inch rear end. Since this thing was built to be a race car, it has a sheetmetal interior and roll cage, along with a racing seat and 22-gallon Jaz fuel tank. 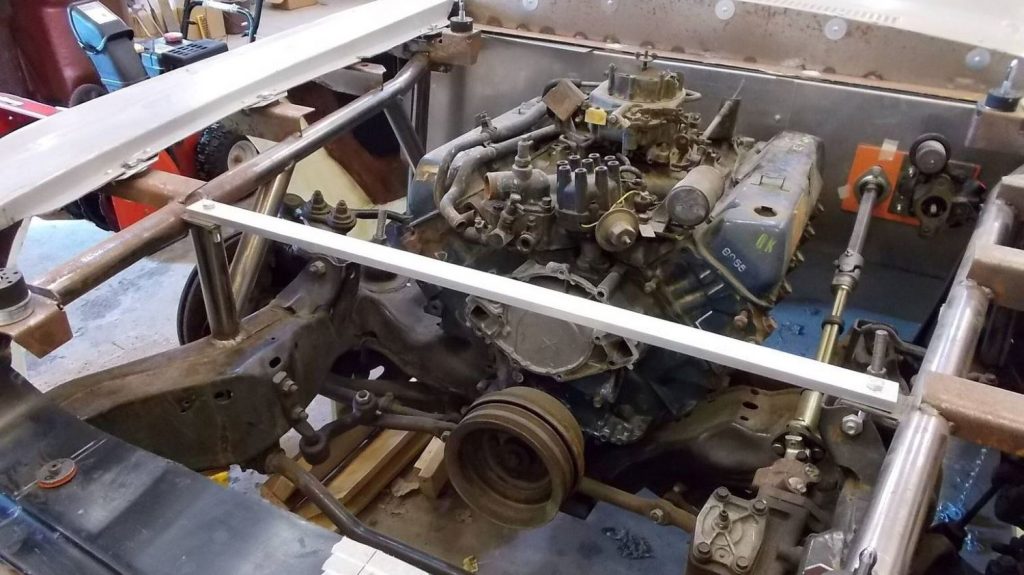 We must admit, we find this crazy Mustang Crown Victoria mashup to be pretty intriguing, even if we aren’t sure why anyone would build such a thing in the first place. Perhaps it was a matter of cost, as used Police Interceptors are available everywhere for pennies on the dollar. Regardless, we actually hope that someone sees this project through to completion, at which point it would make one heck of a conversation starter.

We’ll have more cool and strange cars for sale to share soon, so be sure and subscribe to Ford Authority for more Ford Mustang news, Crown Victoria news, and non-stop Ford news coverage.