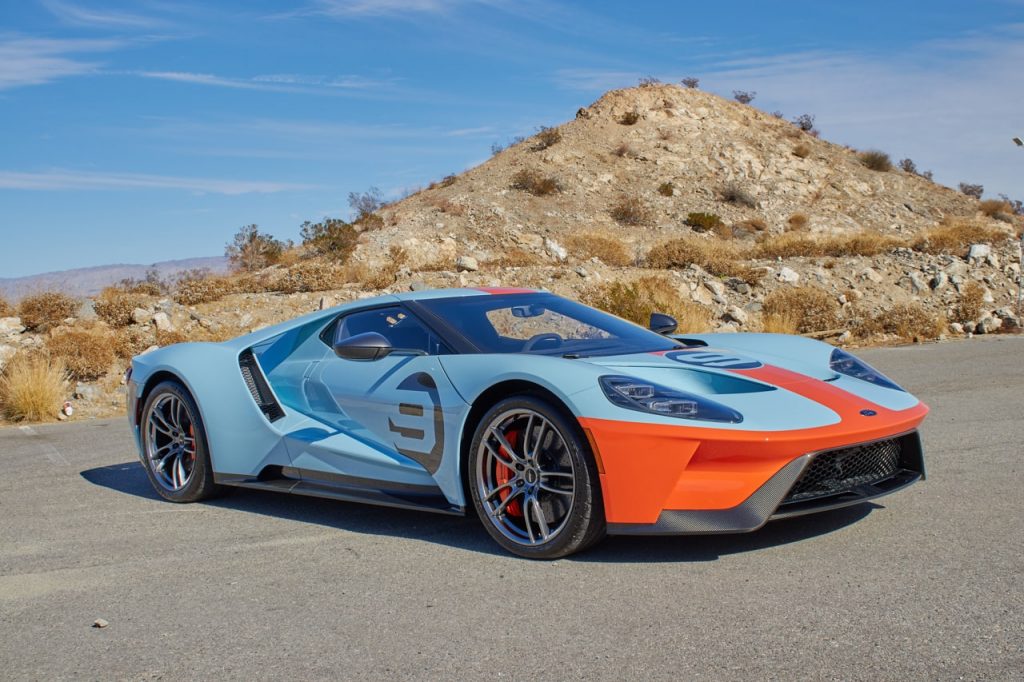 To us, every Ford GT is special, but one could argue that the Heritage Edition GTs are even more special. Whether it’s the 2018 model and its tribute to a historic 1967 Le Mans victory, the new 2021 edition that marks Ford’s 1966 Daytona 24 win, or any other version of the Heritage Edition, each is a limited-edition instant collectible. That also includes this stunning 2019 Ford GT Heritage Edition, which is up for sale at Palm Springs Motors with a price tag just shy of $1.5 million. 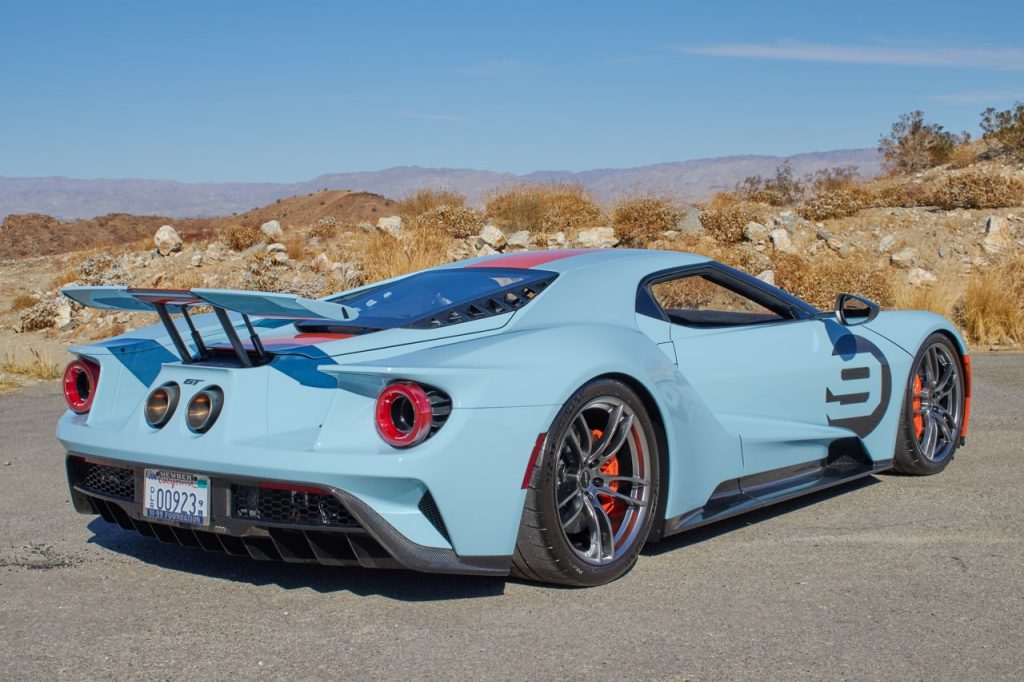 In fact, one could argue that this 2019 Ford GT Heritage Edition is the most special of its kind, for a number of reasons. For starters, it’s finished in a blue and orange scheme that pays tribute to the iconic Gulf Oil livery, which many would argue is the most iconic in motorsports history. This is because the car itself pays homage to the 1969 and 1969 GT40s that won Le Mans wearing that instantly recognizable color combo.

But what makes this particular GT even more special than most is the fact that its carbon fiber door sill is signed by multiple members of the Ford family – Bill Ford, Henry Ford III, Edsel Ford II, and Elena Ford. That’s certainly a special touch, and the car even comes with its very own carrier/trailer that’s been customized especially for the GT. This GT Heritage Edition is also optioned with exposed carbon fiber accents and number 9 graphics, which is the same number worn by Ford’s 1968 Le Mans-winning GT. 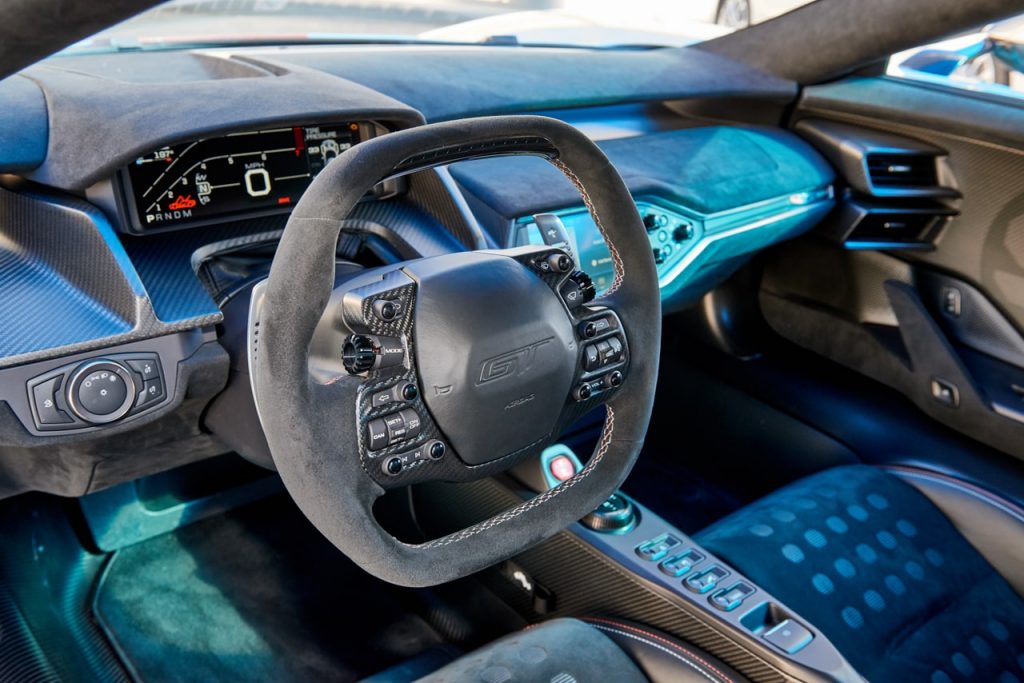 The 2019 Ford GT Heritage Edition is also a rare beast, with roughly 50 of the 250 GTs built that model year carrying this designation. This example – chassis number 031 – has just 75 miles on the clock and looks simply immaculate, thanks to the fact that it has been stored in a climate-controlled showroom since the day it was delivered. 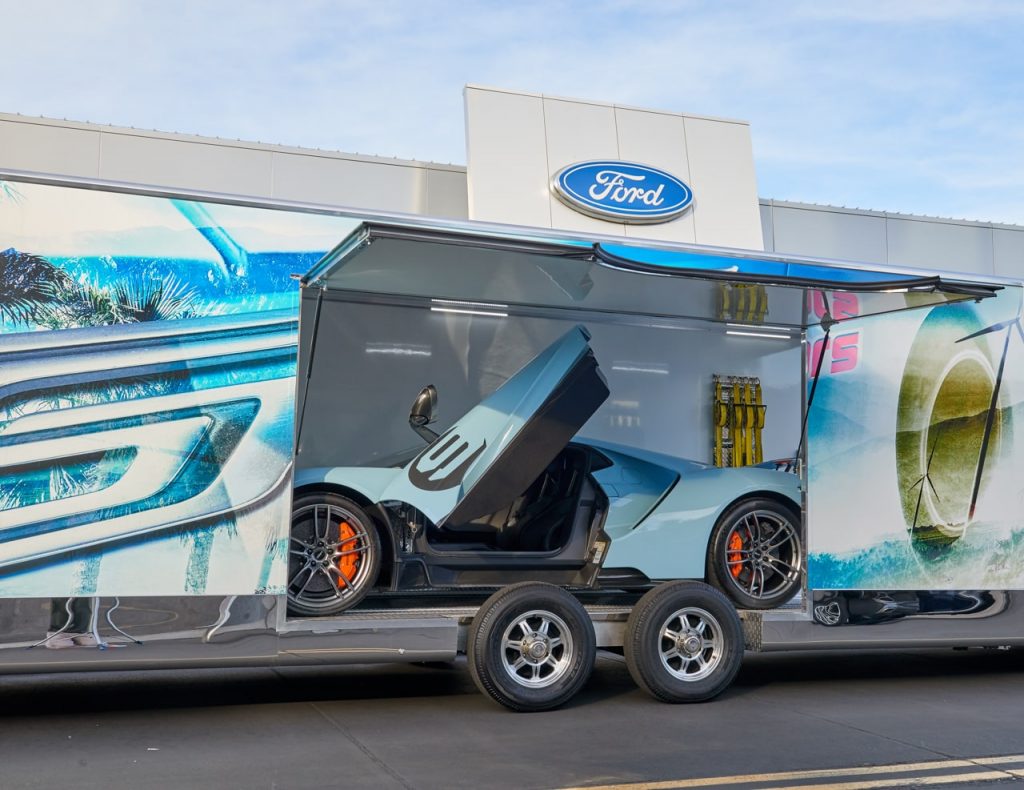 As if this car isn’t special enough in its own regard, those additional goodies make it an even more attractive target for anyone with the means and the desire to bring it home.

We’ll have more cool cars for sale to share soon, so be sure to subscribe to Ford Authority for more Ford GT News and non-stop Ford news coverage.