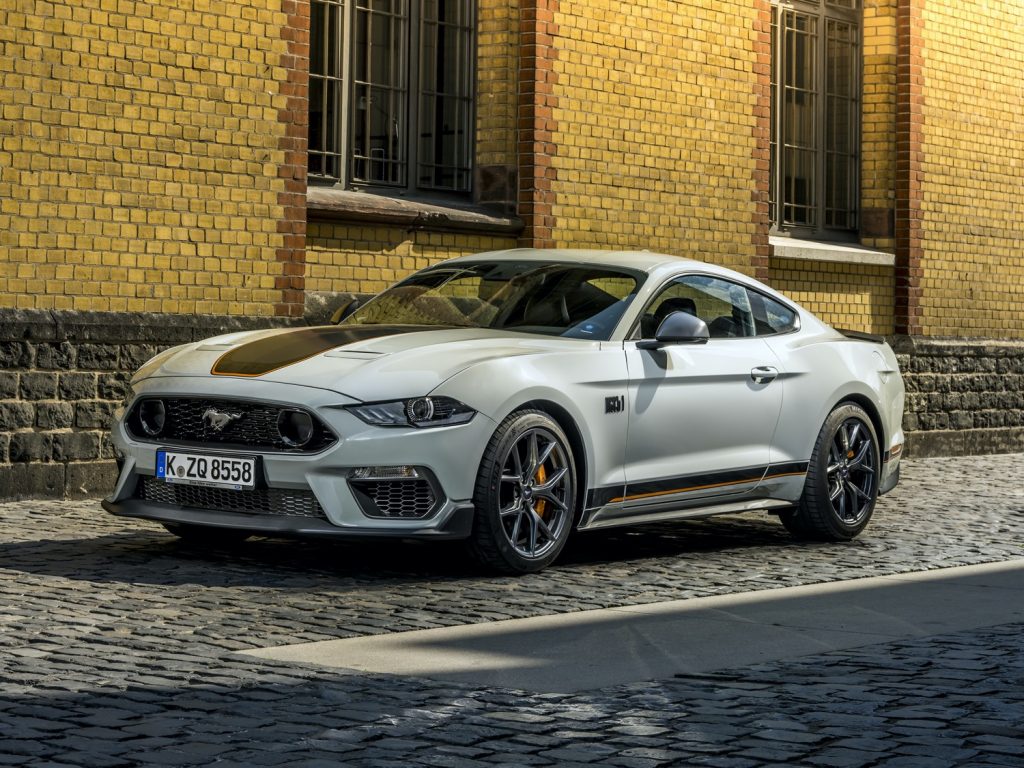 Unlike the model it replaces – the Ford Mustang Shelby GT350 – the 2021 Ford Mustang Mach 1 is a truly global vehicle, one that is destined for Europe, Mexico, and now Argentina, where it will soon be joined by the Ford Bronco as well. In spite of Ford’s strong electrification push in recent months, the automaker recently revealed that the good old-fashioned gas V8 isn’t going anywhere, anytime soon, and the naturally-aspirated, track-focused Mach 1 is proof of that. 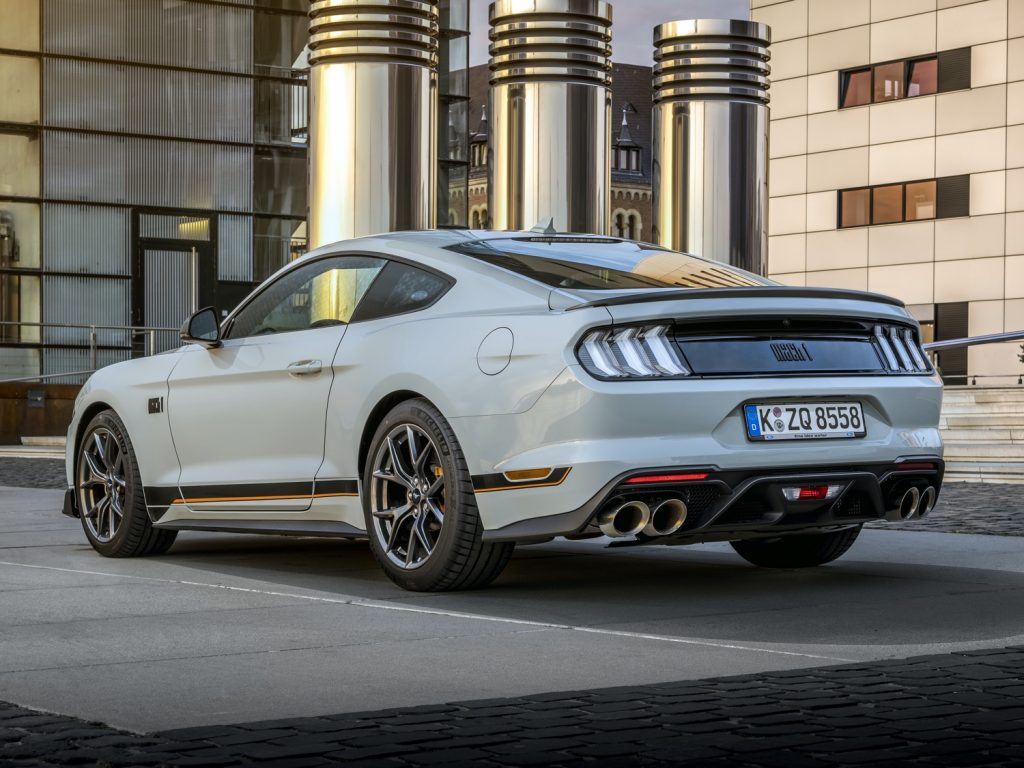 Argentina’s 2021 Ford Mustang Mach 1 is essentially identical to the one on sale across the rest of the globe, which means that it comes equipped with an array of performance and appearance upgrades over the regular Ford Mustang, including some last-minute styling tweaks. Under the hood, Ford’s venerable 5.0L Coyote V8 produces 480 horsepower and 420 pound-feet of torque and is backed up by Tremec’s 3160 6-speed manual transmission or Ford’s 10-speed automatic. 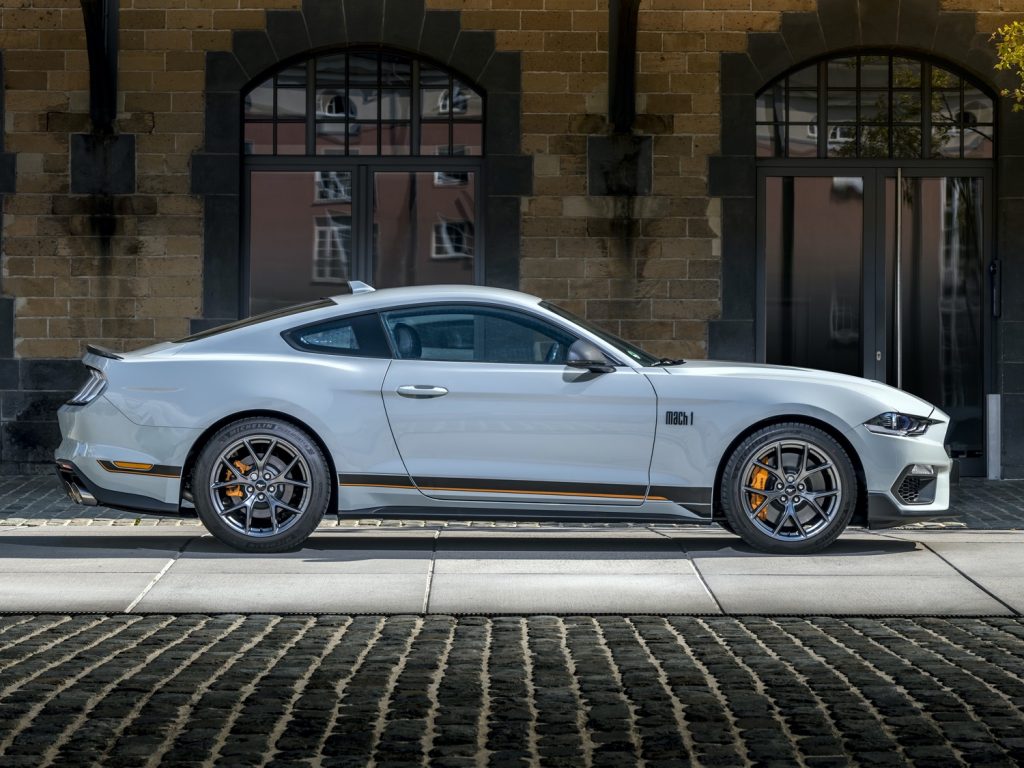 The Mach 1’s styling hearkens back to past versions of the model, thanks to standard Magnum 500-style wheels (or new Tarnished Dark-painted wheels for Appearance Package cars), a shark-nosed grille with faux lamp elements, low-gloss magnetic and black accents, satin black side and hood stripes, and various aero bits that improve downforce by 22 percent over a Performance Pack 1-equipped Mustang GT. 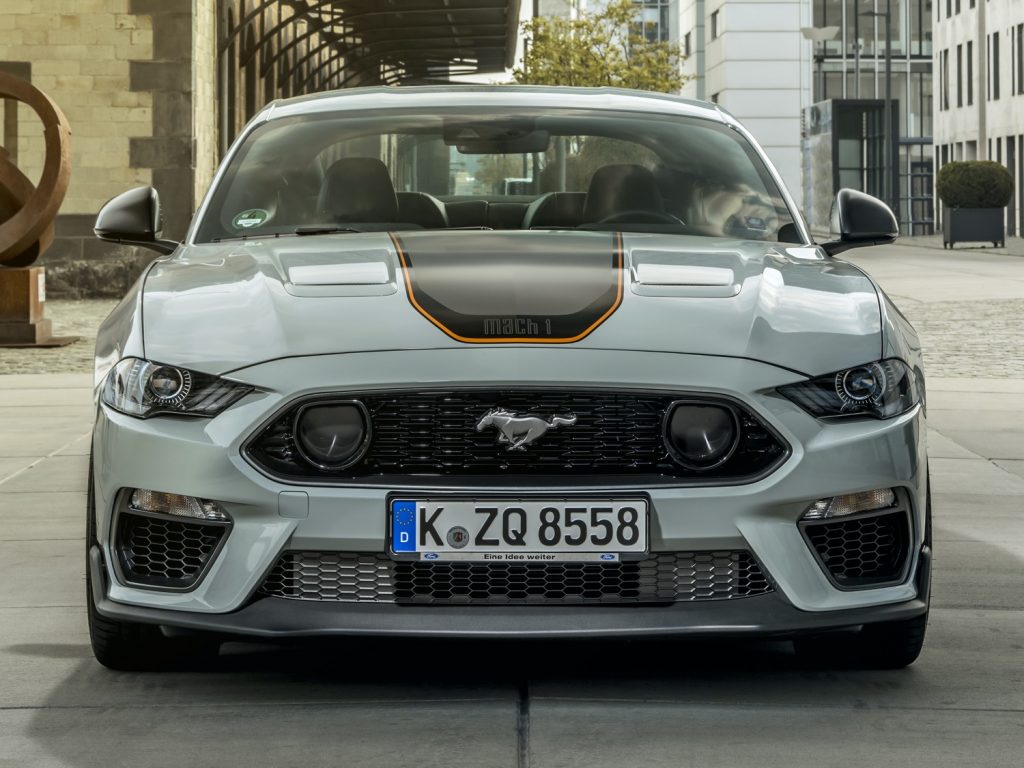 As is the case elsewhere, the Mach 1 will also come finished in a new Fighter Jet Gray hue when paired with the Appearance Package in Argentina. The South American country’s Mach 1 is a bit more expensive than other parts of the world, however, with a starting price of $106,200 USD.