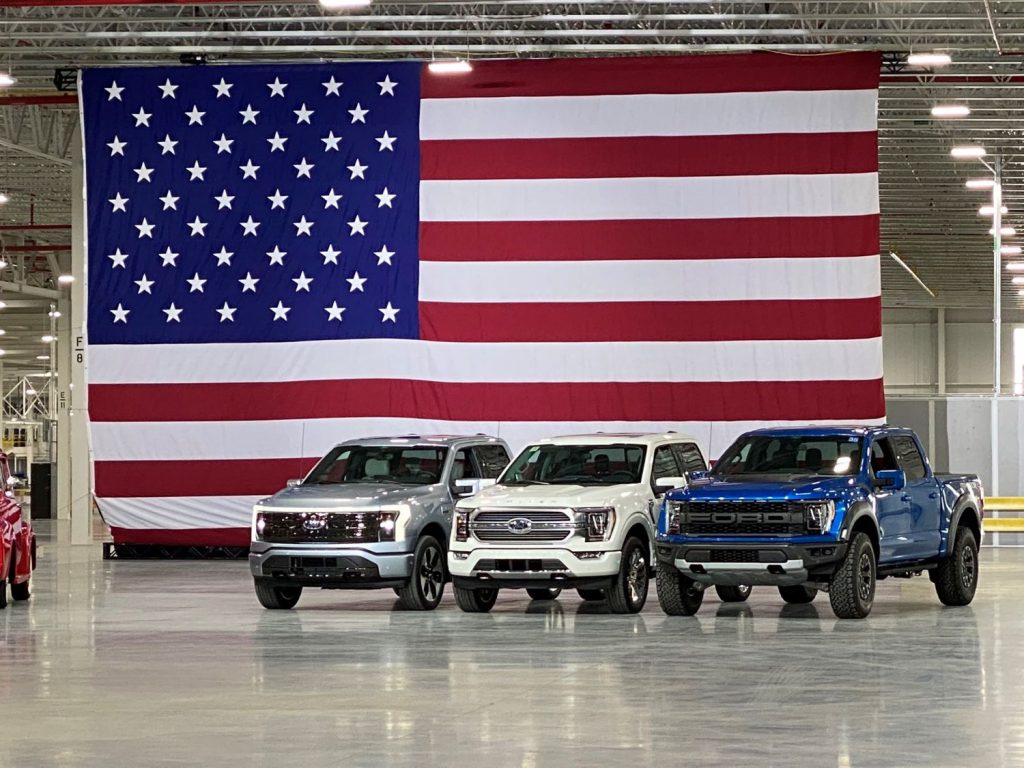 It’s not really news that electric vehicles tend to weigh more than their ICE-powered counterparts, as it’s a known fact that batteries are pretty heavy. Most Tesla vehicles, even the smaller Model Y, weigh well over 4,000 pounds, which is undoubtedly hefty. So it should also come as no surprise to learn that the 2022 Ford F-150 Lightning battery alone tips the scales at 1,800 pounds, a fact that President Joe Biden seemingly leaked during his tour of the Ford Rouge Electric Vehicle Center yesterday, according to Reuters reporter David Shepardson.

Ford official tells @POTUS the F-150 EV battery weighs 1,800 pounds (You can’t say we are not sharing that product information at this time if the president asks you a question)

We don’t yet know how much the F-150 Lightning weighs in total just yet, though we should have some numbers to share at tonight’s official reveal. However, to put things in perspective, the 2021 Ford F-150 SuperCrew with a 5.5-foot box and four-wheel-drive tips the scales at anywhere from 4,705 pounds to 5,517 pounds, depending on the powertrain selected, so we expect the F-150 Lightning to weigh a bit more than that, at the very least. 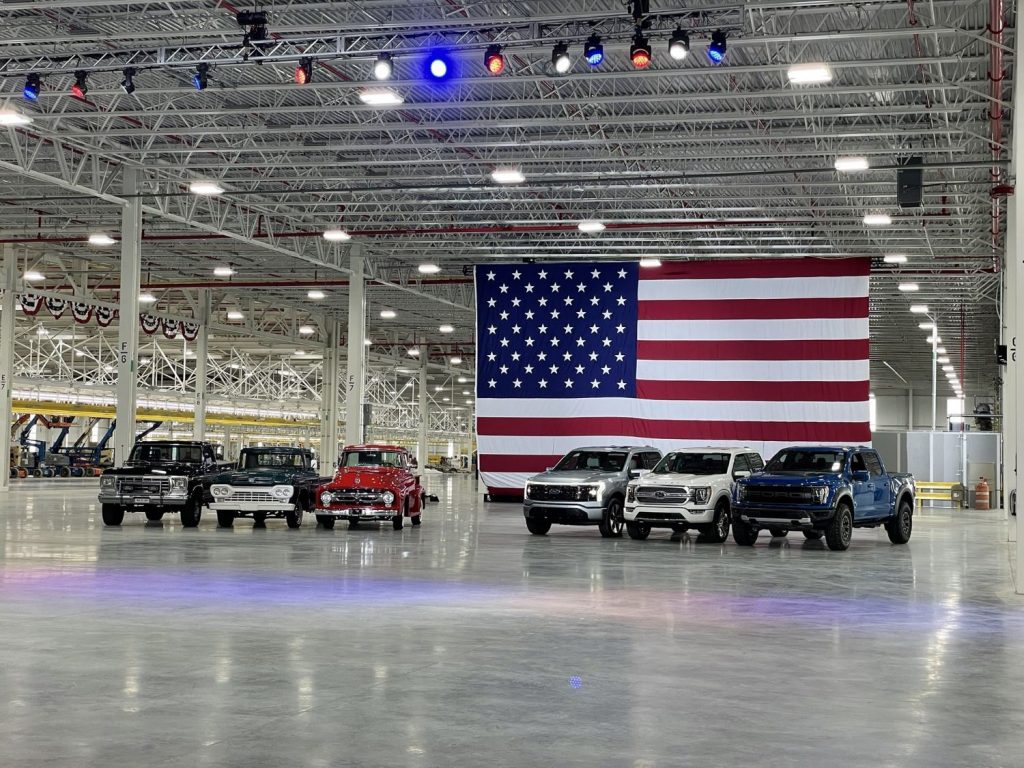 It’s also worth pointing out that earlier this week, news got out that the 2022 GMC Hummer EV Edition 1 pickup weighs an incredible 9,046 pounds, which is nearly 700 pounds heavier than a GMC Sierra 3500HD four-wheel-drive, long bed, crew cab dualie diesel, as our sister site, GM Authority, was quick to point out.

We doubt the heft of the F-150 Lightning battery will be enough to surpass that insane number, but it’s a safe bet that the electrified pickup will weigh more than its ICE-powered counterparts. However, Ford has also said that the Lightning will be the most powerful F-150 in its lineup, so we imagine that it will easily compensate for that weight with copious amounts of instant torque, as is the case with most EVs.

We’ll have more on the F-150 Lightning very soon, so be sure and subscribe to Ford Authority for the latest Ford F-Series news, Ford F-150 news, F-150 Lightning news, and non-stop Ford news coverage.