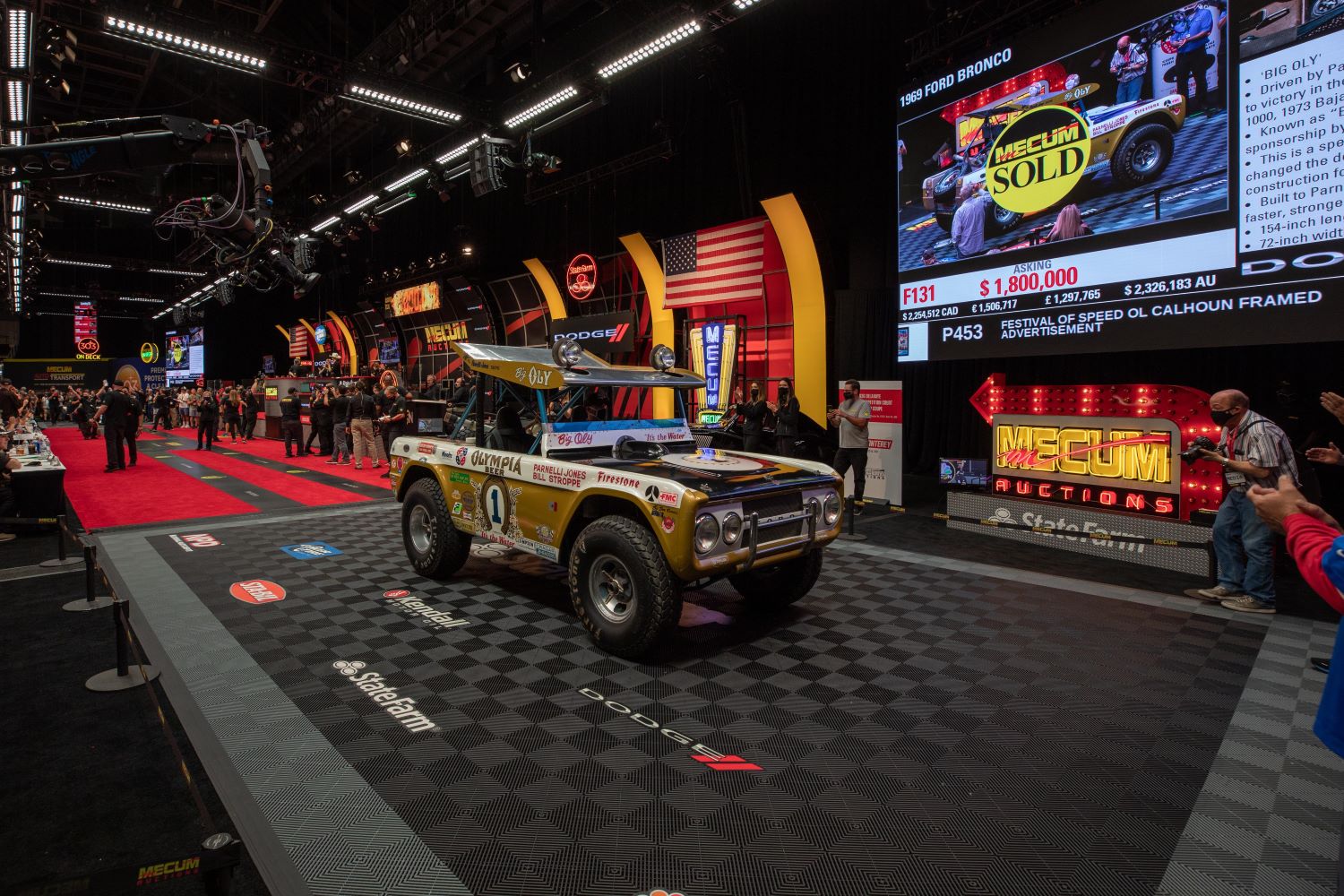 Among the many famous Ford Bronco models out there in the world, few are quite as instantly recognizable nor as historically significant as “Big Oly,” the 1969 Bronco racer that racked up Baja 1000 wins in 1971 and 1972 with legendary driver Parnelli Jones behind the wheel. Big Oly has made the rounds in recent years, making appearances at Ford’s Dearborn headquarters and the Amelia Island Concours d’Elegance, but as we reported back in March, it was seeking a new owner at this weekend’s Mecum Indianapolis auction. 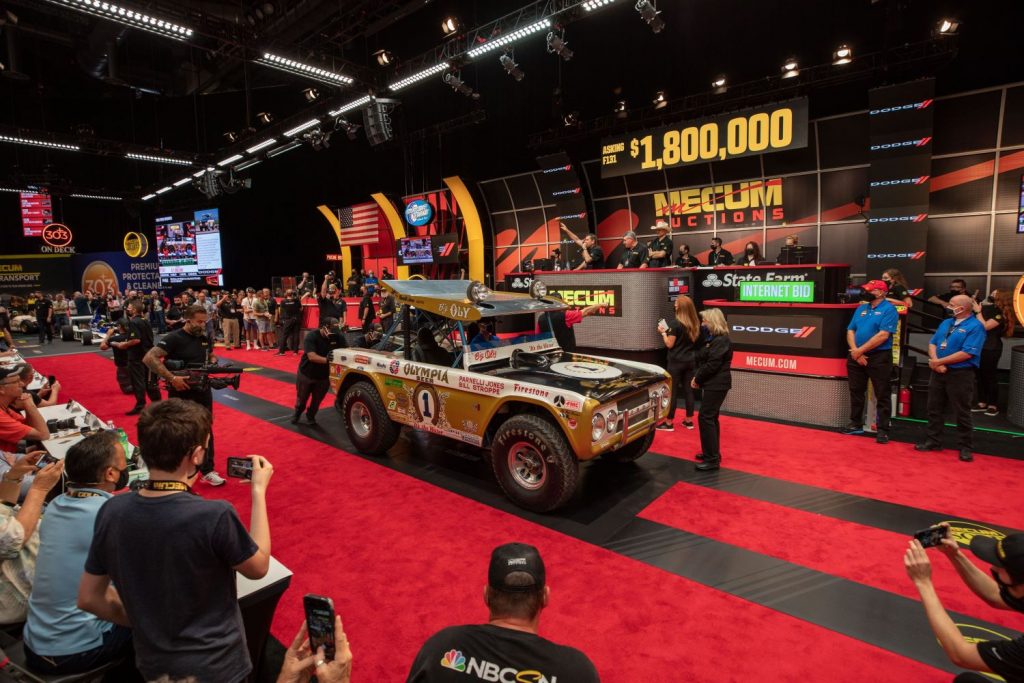 Not only did this famous Bronco find a new home, but it also hammered for an astounding $1.87 million dollars, which also just so happens to be a record. That monumental sales price was undoubtedly spurred not only by the unique opportunity to own a piece of history but also by the incredible popularity surrounding the reborn, sixth-gen 2021 Ford Bronco and soaring values of older models, too. 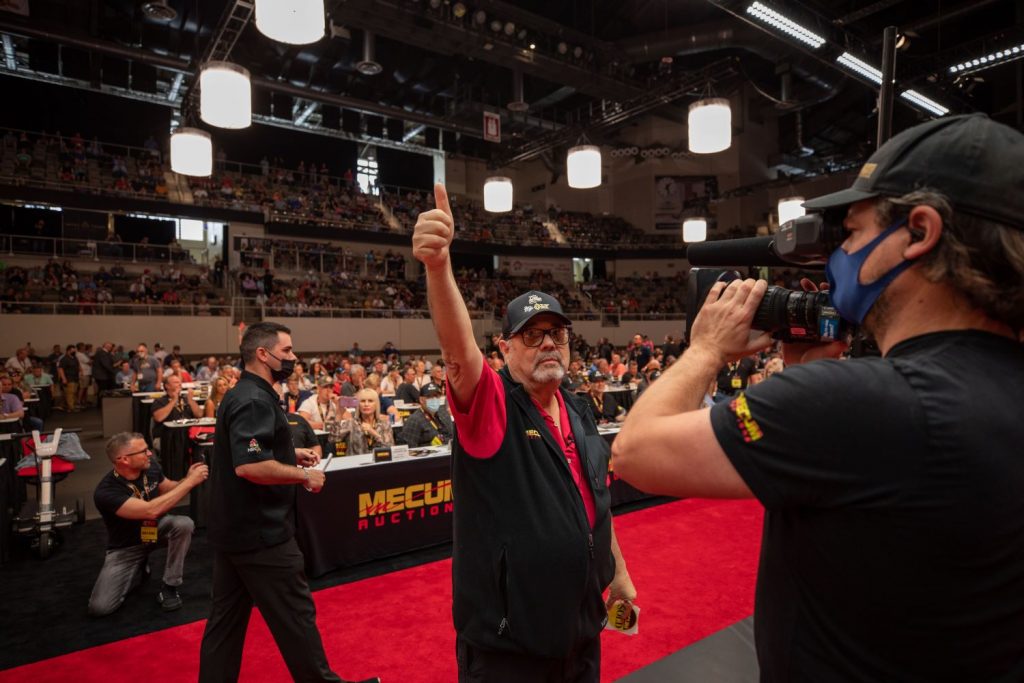 Even without taking those factors into account, Big Oly is a special vehicle in its own regard, of course. In addition to those aforementioned Baja victories, it also secured wins at the 1973 Baja 500 and 1973 Mint 400. And aside from Jones’ magic touch, it was also developed hand-in-hand with Bronco legend Bill Stroppe, forever changing the landscape of off-road racing in the process. 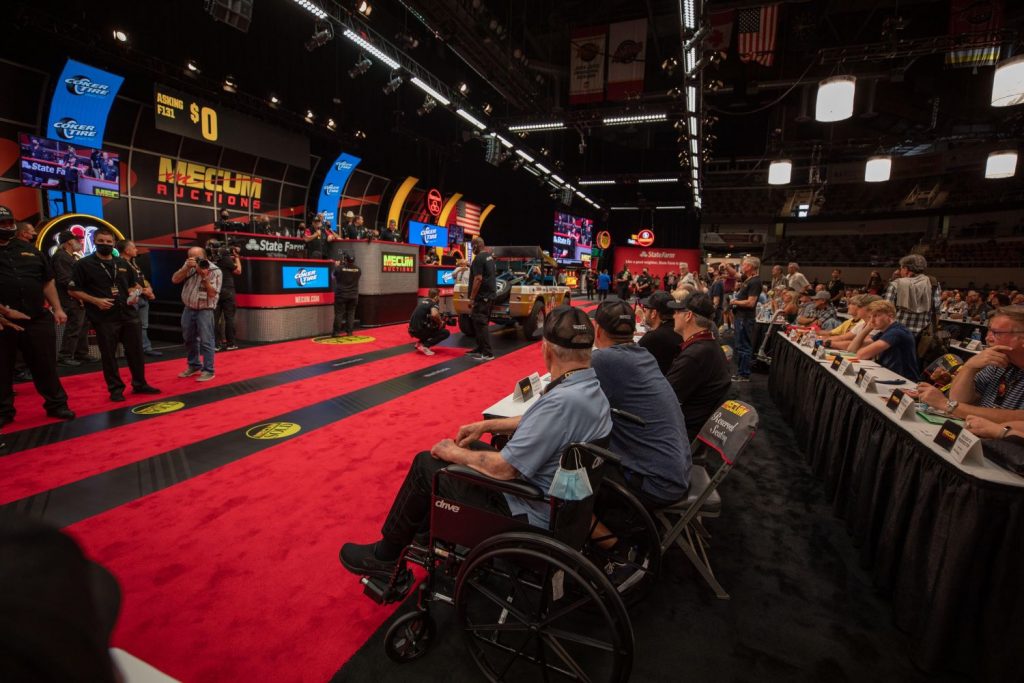 The ultra-lightweight, 2,620-pound Bronco racer is powered by a Ford 351 Windsor V8 that pumps out 390 horsepower, which it sends to all four wheels via a Ford C6 B&M hydro transmission. But its most heralded feature is its wild bodywork, including a massive wing in place of a roof, which actually helped to improve traction. 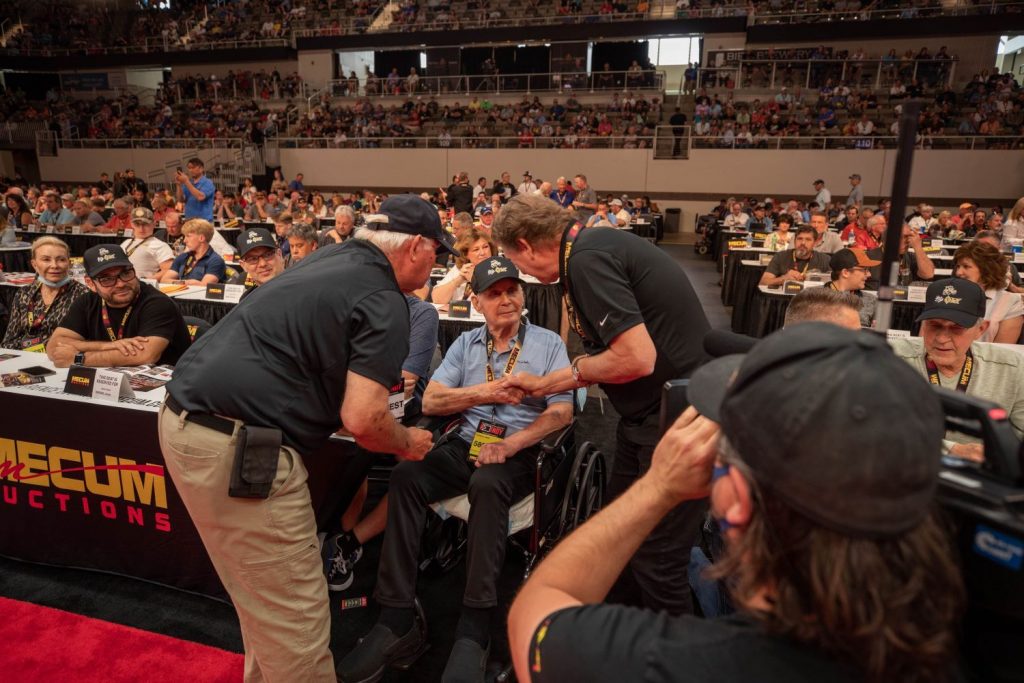 From its chrome-moly space frame to fiberglass and aluminum bodywork and massive suspension travel, the Big Oly Bronco was far ahead of its time, and forever changed the world of off-road racing. Throw in the fact that it’s a Bronco, and it’s easy to see why someone would dish out such an incredible amount of money to bring this piece of history home.

We’ll have more auction news to share soon, so be sure and subscribe to Ford Authority for more Ford Bronco news and around-the-clock Ford news coverage. 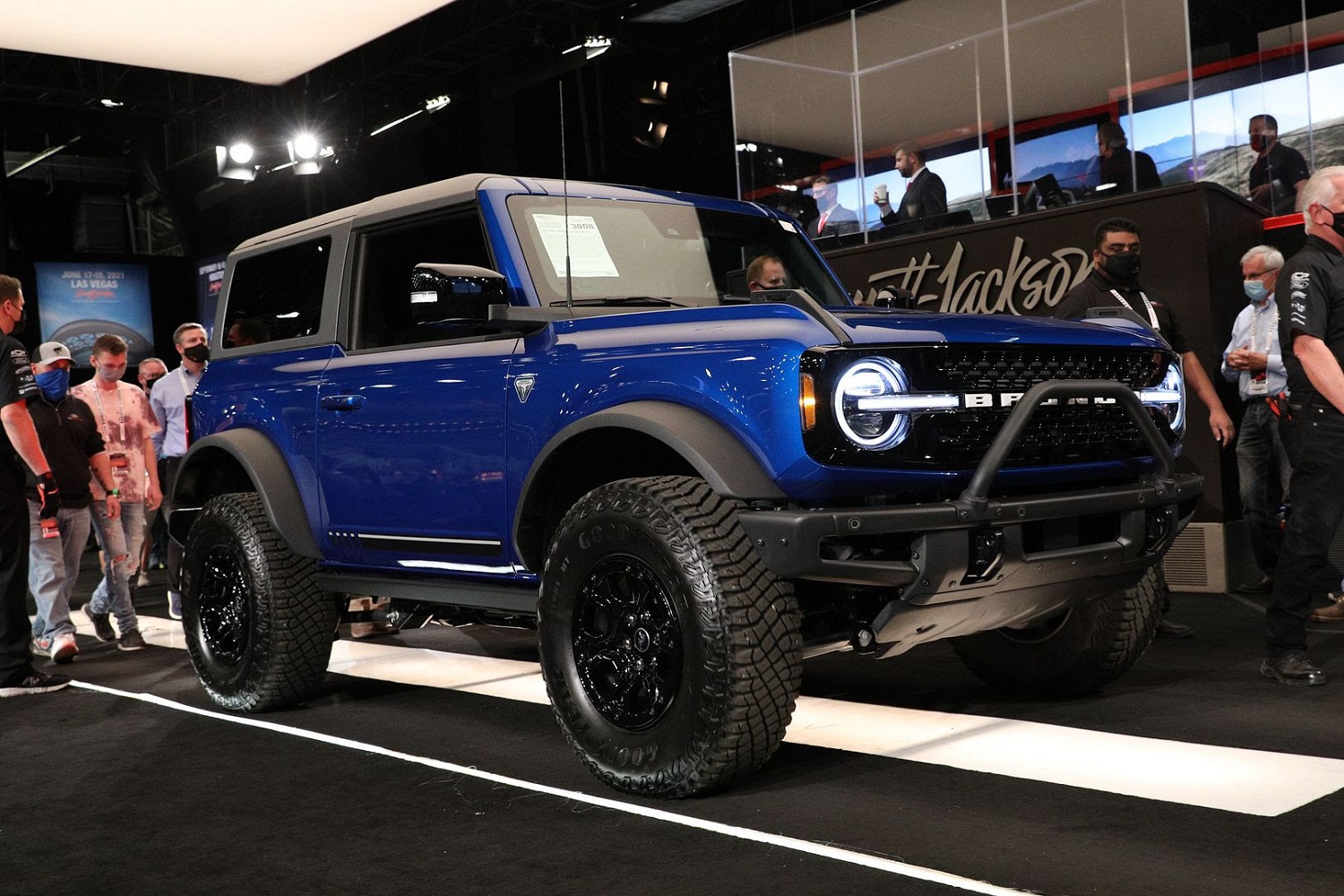 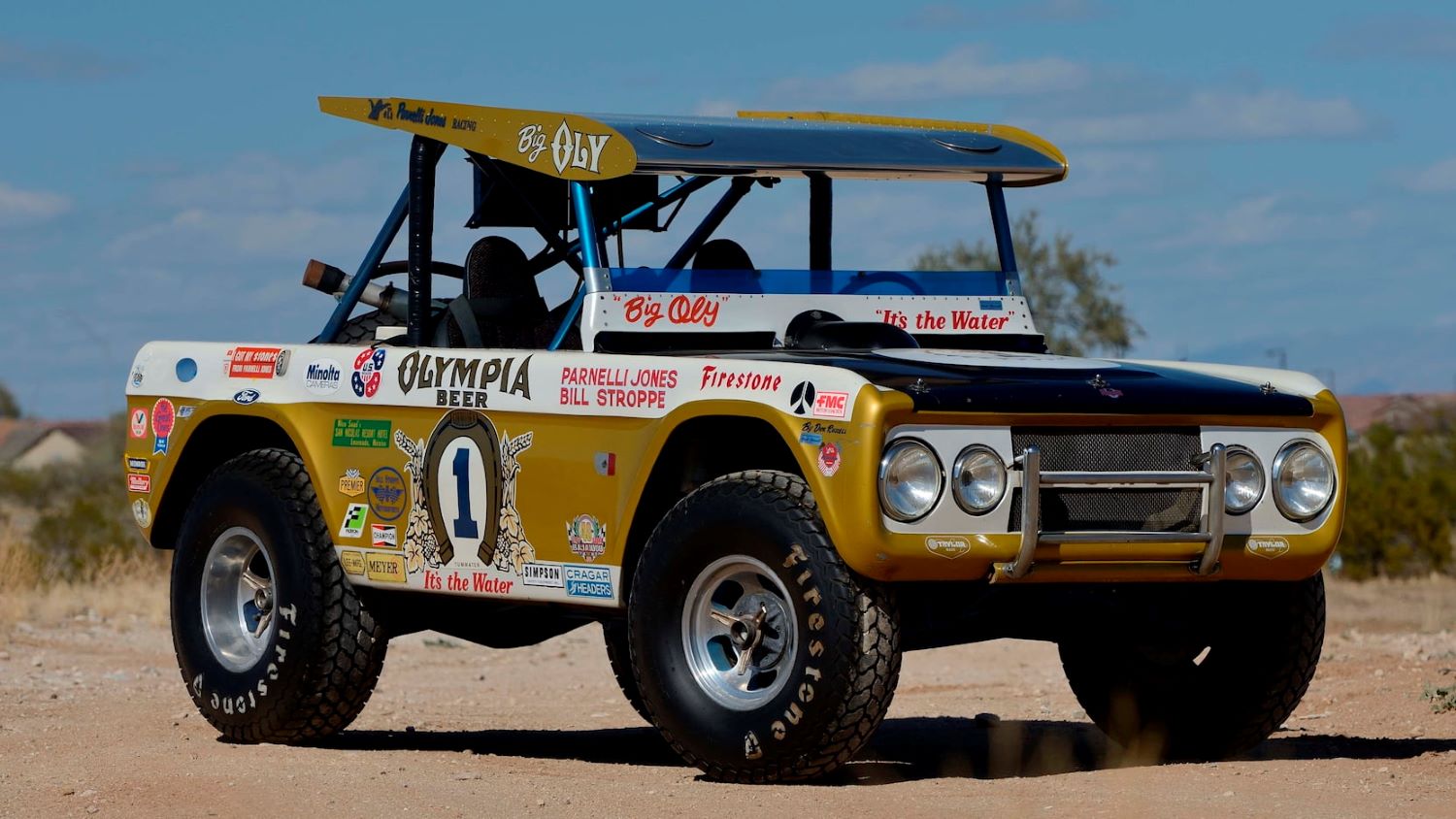 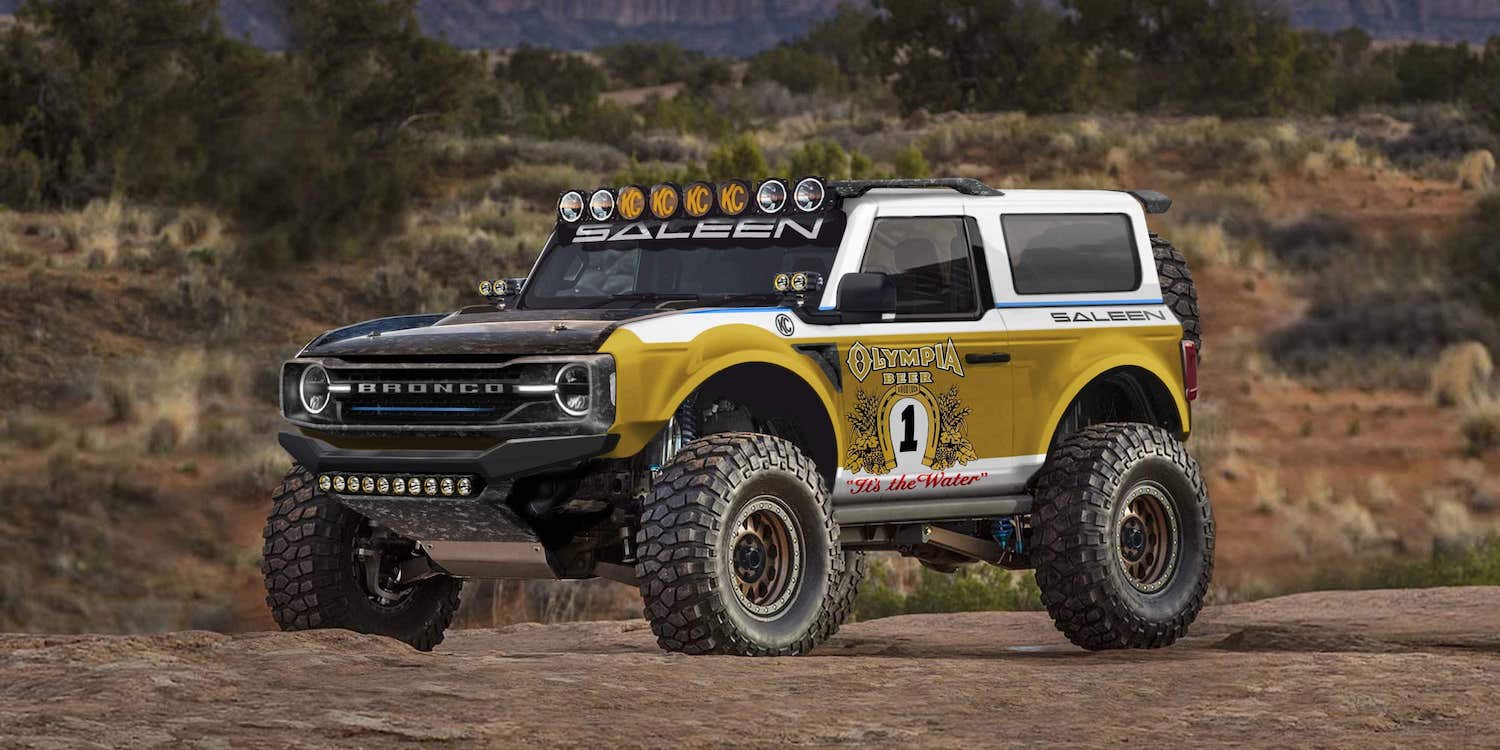