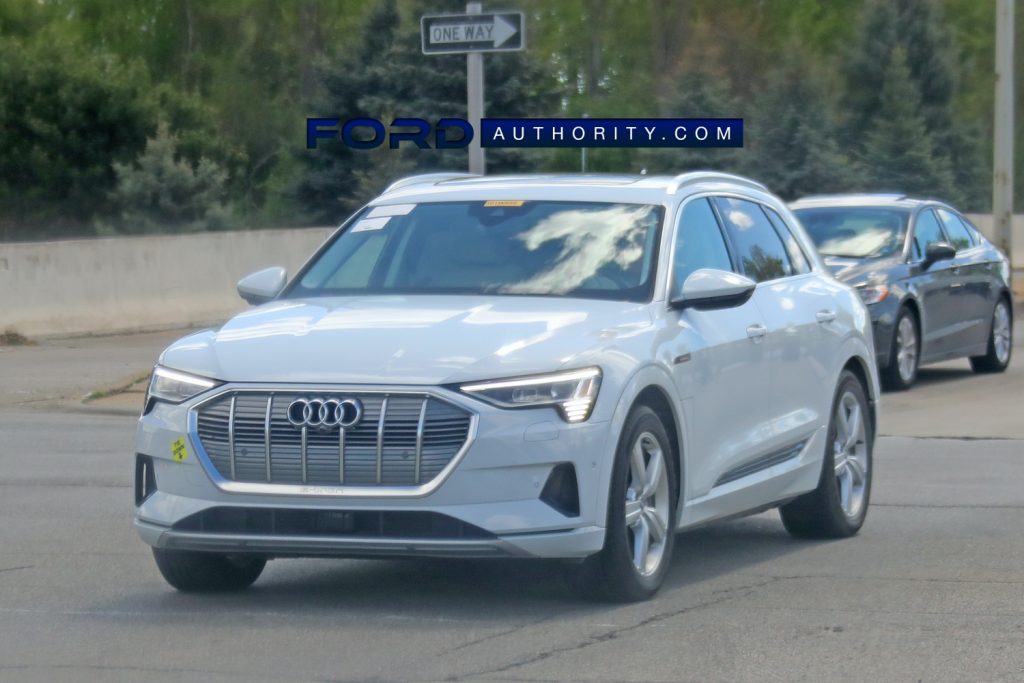 Back in August of 2019, Ford Authority reported that Ford was benchmarking the Audi e-tron all-electric crossover after it was spotted entering the automaker’s research and development facility in Dearborn, Michigan. At the time, this made perfect sense as the Ford Mustang Mach-E was in development. Now, however, we’ve spotted yet another Audi e-tron being benchmarked by Ford, one that once again sports the automaker’s tell-tale yellow sticker on the windshield. 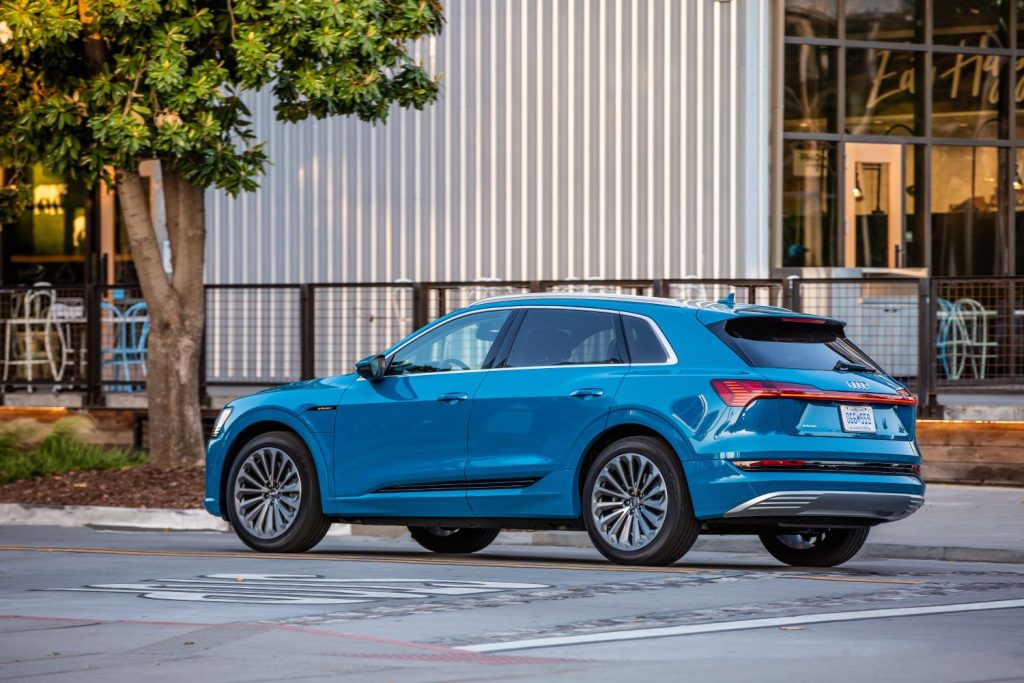 It’s quite possible that Ford is benchmarking the e-tron this time around in an effort to scope out its powertrain and amenities. The BEV crossover utilizes two electric motors – one on each axle – with more of a rear bias. Total output comes in at 355 horsepower and 414 pound-feet of torque, though the drivetrain can also produce a peak of 402 horsepower and 490 pound-feet of torque for a short period of time when more is needed.

In terms of range, the e-tron lags behind its rivals a tad with ratings of 222 miles for the regular model and 218 miles for the more stylish Sportback. The Audi crossover does recharge quickly thanks to 150 kW capability that can add 80 percent of charge to the battery in just 30 minutes, however. 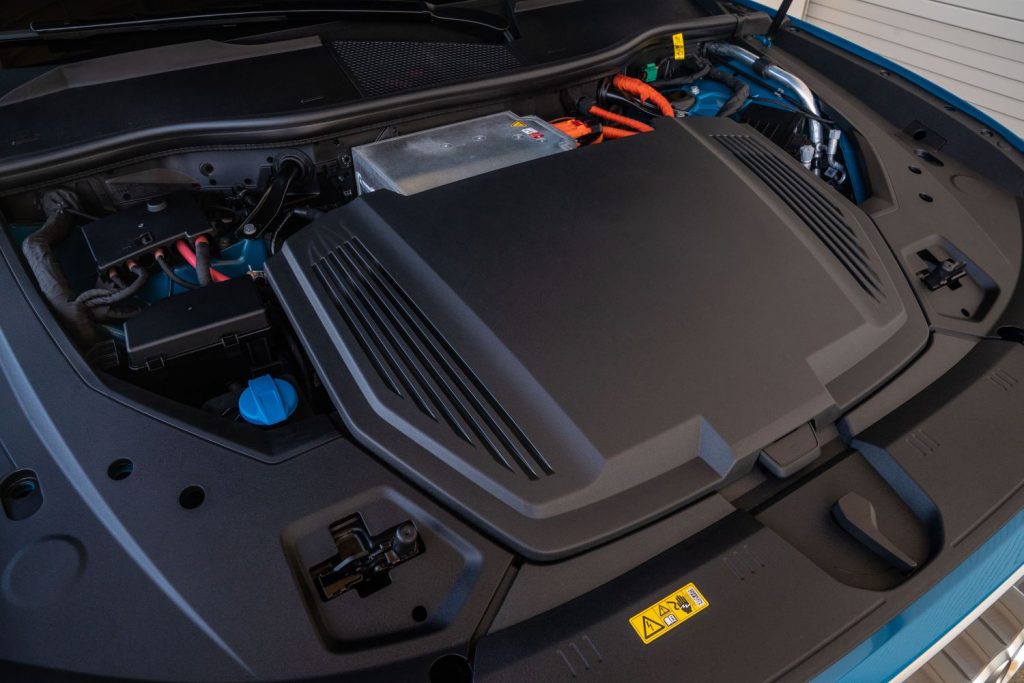 The e-tron is unique among many existing EV models in that it’s styled more like its ICE counterparts, both inside and out. Inside, the e-tron offers up multiple digital screens in place of conventional dials and controls, however, including a digital gauge cluster the automaker calls “Virtual Cockpit” and two touchscreens located in the center stack – one that controls things like navigation and audio, while the other handles climate settings. 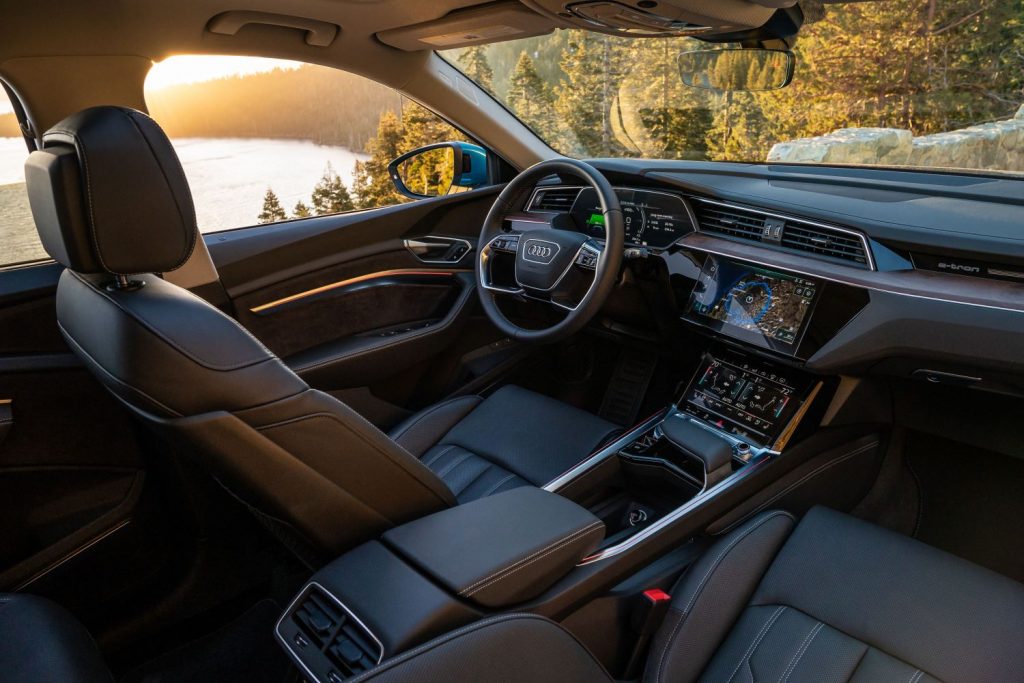 Ford is currently working on a number of new EVs, including a Ford and Lincoln crossover for North America, one and possibly two European models underpinned by Volkswagen’s MEB platform, and one vehicle that will ride on Rivian’s Skateboard platform, not to mention multiple new EV platforms The Blue Oval will build in house, so the fact that it’s benchmarking an established vehicle like the e-tron doesn’t come as a huge surprise.