The Ford Explorer Sport Trac was a popular pickup variant of the Explorer SUV that lasted two generations, and it still has its fair share of fans today. But while Ford conjured up the very cool Sport Trac Adrenalin – a high-performance sport-utility truck (SUT), it didn’t bother to create a Raptor version, mainly because the first Ford F-150 Raptor launched in 2010 – which was also the last year for the Sport Trac. Regardless, there are a couple of aftermarket companies out there that sell Ford Explorer Sport Trac Raptor conversion kits for those that desire that particular combination. 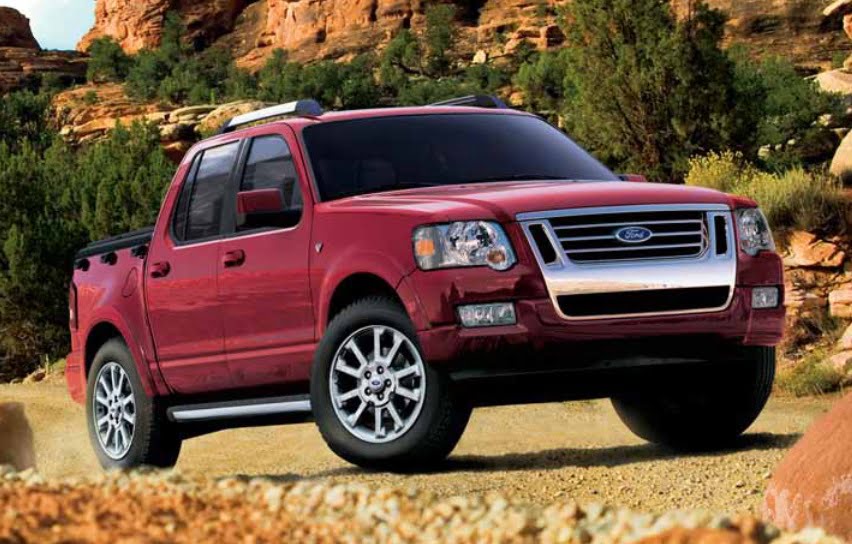 That appears to be what we’re looking at in this picture, too – a legitimate Ford Explorer Sport Trac Raptor conversion – and it actually looks really good, in our opinion. One might think that meshing together lookalike parts from a newer full-size pickup with the Sport Trac might result in disaster, but that certainly isn’t the case here at all. In fact, this conversion looks like it could have rolled off a Ford assembly line as-is.

In addition to F-150 taillights and a Raptor front clip, the Sport Trac has also been fitted with beefy fender flares, black beadlock-capable wheels (or at least ones with fake beadlocks), and meaty, all-terrain tires. The suspension looks a little wonky, however, as the truck sits a bit higher in the front than the back. According to one of the commenters who claims to know the owner, the CV axles in the front don’t have much angle and he notes that the proper way to lift a Sport Trac is by installing a Dana 44 front axle.

There’s also a pretty big gap between the front grille and bumper, so there’s definitely some work that needs to be done here. Regardless, we like where this project is headed. Presumably, with a little bit of work to iron out the imperfections, this would be one seriously good-looking ride that would fool a lot of people, and turn a lot of heads.

We’ll have more cool builds like this to share soon, so be sure and subscribe to Ford Authority for more Ford Explorer news and non-stop Ford news coverage.