Yesterday, Ford unleashed a bevy of notable news at its annual Capital Markets Day event, including the fact that it is working on two new EV platforms, next-gen EV batteries called IonBoost and IonBoost Pro, news of another increase in its investment into EVs, the fact that an all-electric Ford Explorer is in the works, details surrounding its connected vehicle platform called Blue Oval Intelligence, and a brand-new commercial-focused entity called Ford Pro.

However, the automaker didn’t provide too many details about any of these tidbits, until now. Ford has outlined, in detail, how Ford Pro – its new global vehicle services and distribution business – will work. The business will function under Ford’s umbrella, but as its own separate entity, tapping into the existing strengths of the automaker’s successful commercial business while moving into an increasingly electrified future.

“Ford Pro will redefine the market for commercial vehicles and services, where Ford is already the leader around the world,” said Ford CEO Jim Farley.  “We’re creating a one-stop-shop to help those customers increase uptime and productivity while reducing complexity and the total cost of ownership.” 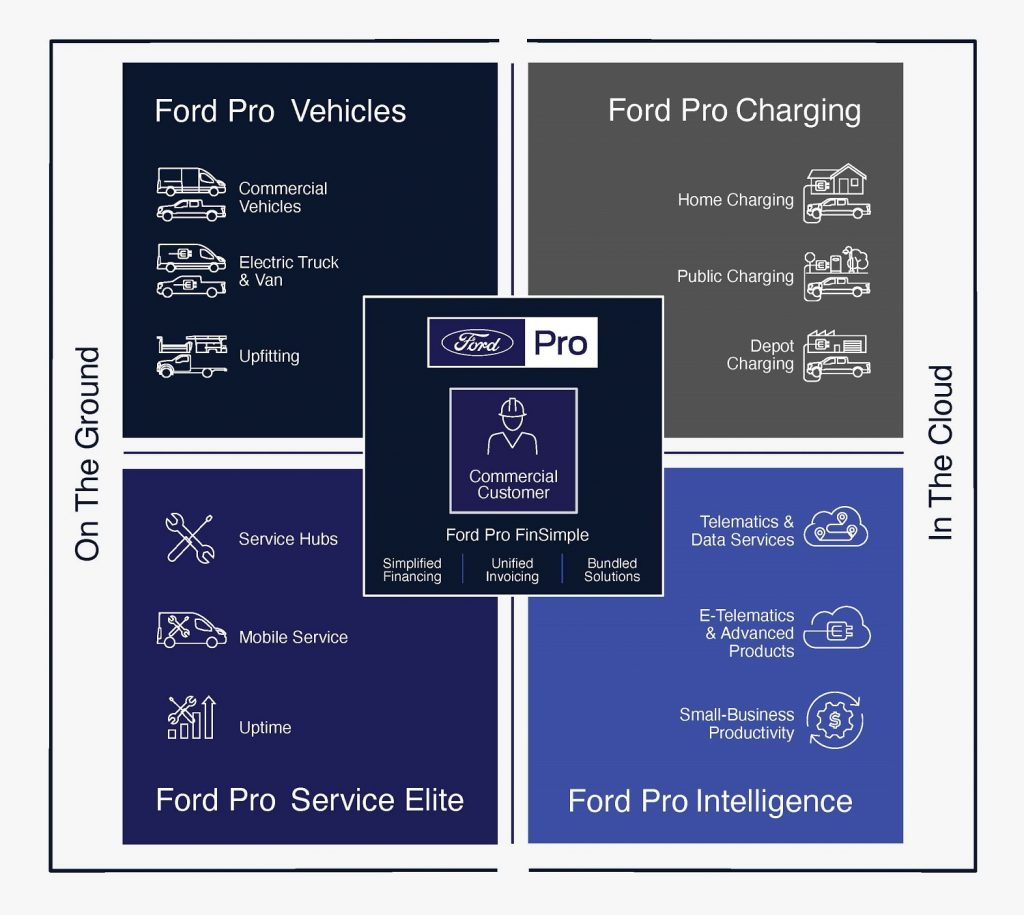 The automaker’s new commercial entity centers around a variety of different offerings. First up is an obvious one – vehicles, which includes current ICE and hybrid-powered models, as well as future electric vehicles including the Ford E-Transit and Ford F-150 Lightning Pro. Robust charging solutions will also be provided that can be utilized on-site at a business, at an employee’s home, or in public as well.

Next up, we have what Ford calls “Intelligence,” which encompasses its digital services that are integrated into the vehicles and help customers better manage their fleets. Pro Services Elite will fortify Ford’s existing network of commercial service centers by adding 120 new hubs and 1,200 mobile service vehicles by 2025. Finally, FinSimple is what the automaker has named its bundled financing offerings for vehicles, digital and physical services, and EV charging solutions. 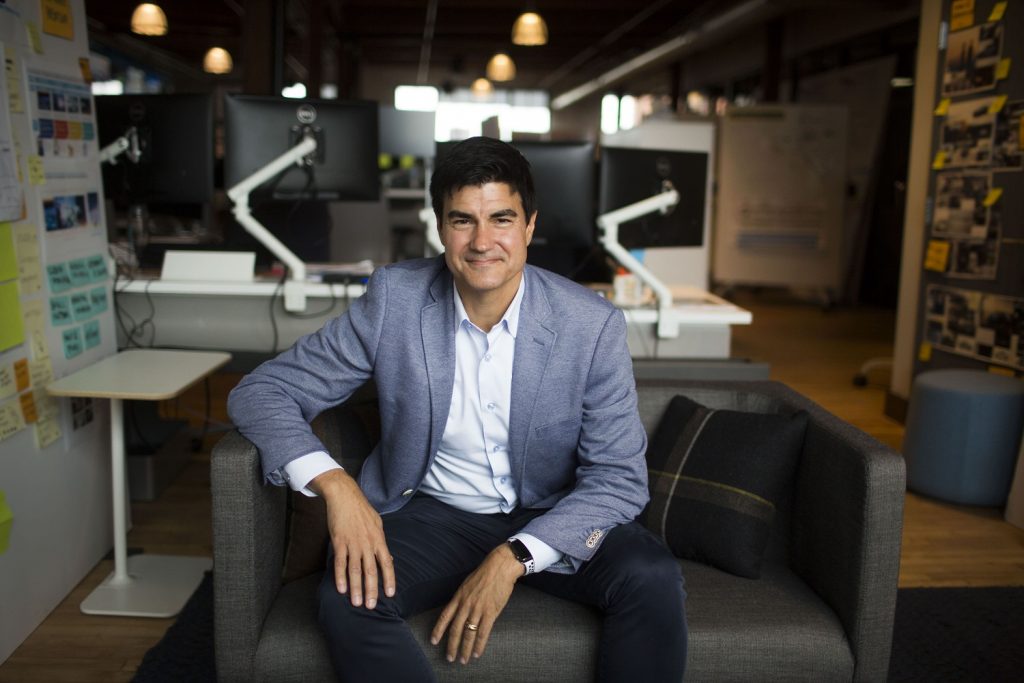 “We’re going to give commercial customers even more reasons to choose and rely on Ford,” said Ford Pro CEO Ted Cannis. “Our team understands that when customers win, we win, so we’re completely focused on unlocking tremendous value for them.”

Both Ford Fleet Management and Ford Pro Liive – components of Ford’s new Pro entity – have already launched. The full-fledged version of Pro will soon follow with an initial launch in North America and Europe to start, with other regions following in the future.

We’ll have more on Ford’s commercial business soon, so be sure and subscribe to Ford Authority for 24/7 Ford news coverage.