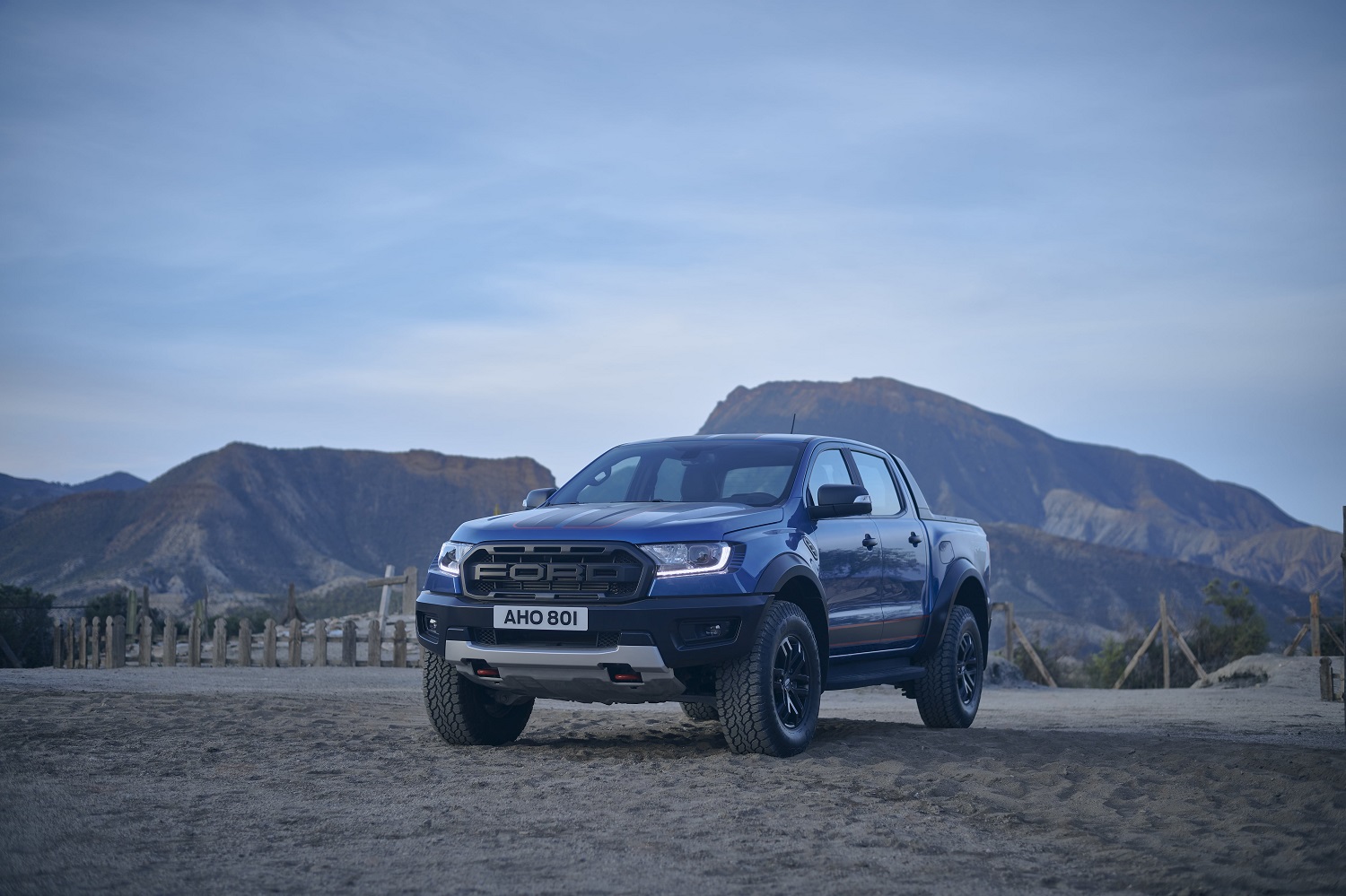 Last week, the new Ford Ranger Raptor Special Edition was teased ahead of its appearance during the second episode of Team Fordzilla‘s new Twitch show called “TFZ: TV,” which launched earlier this year, in a Spaghetti Western dubbed “The Good, the Bad, and the Bad-RSE.” Now, Ford has officially revealed the new limited edition version of its Ranger Raptor pickup ahead of its launch in Europe this coming fall. 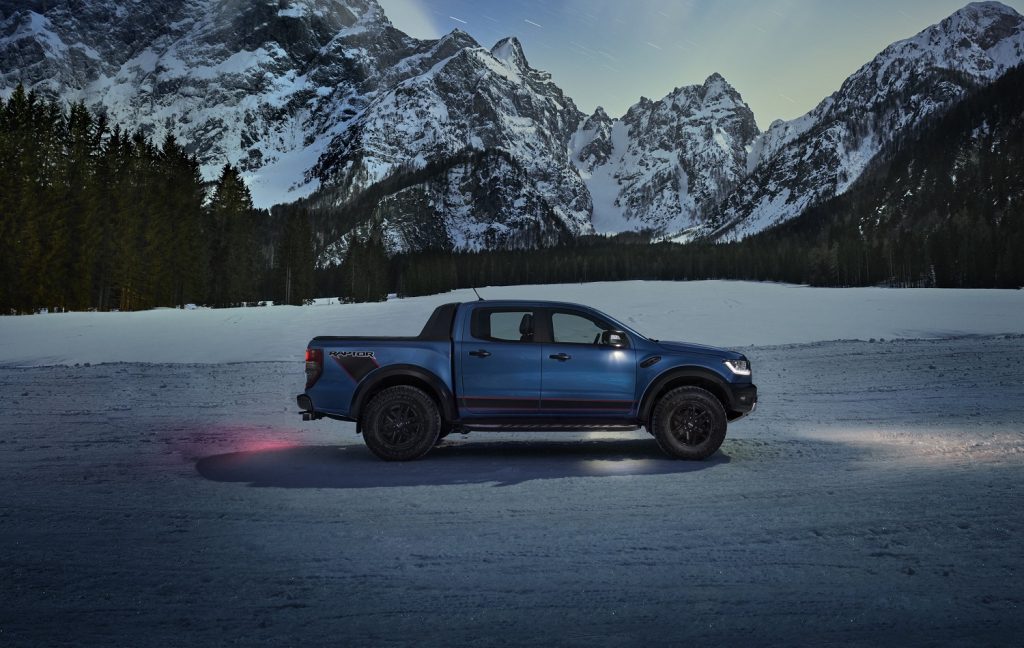 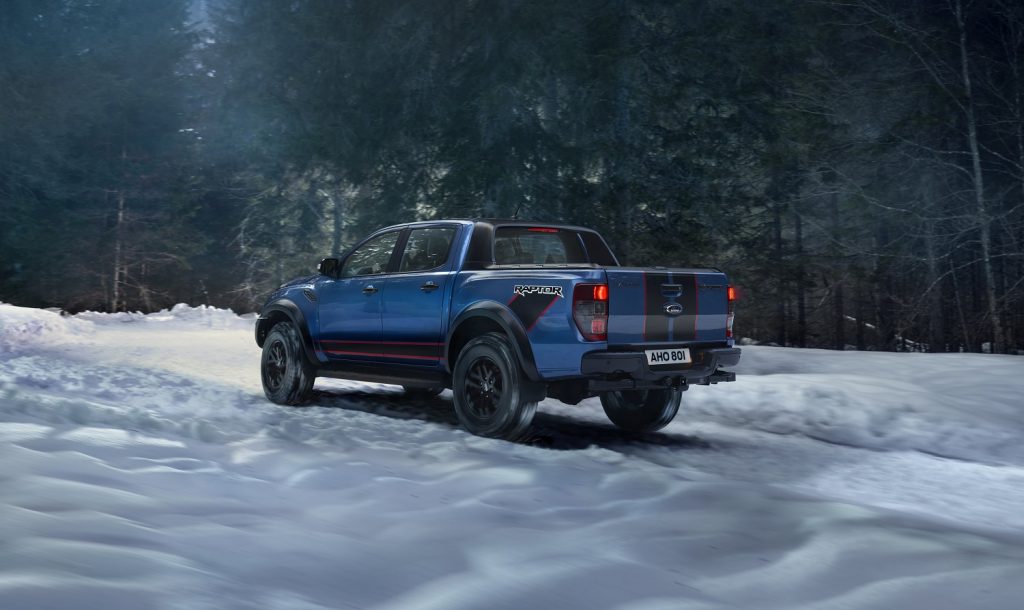 The Ford Ranger Raptor Special Edition is essentially just an appearance package, but it’s a rather good one. The limited-edition model is available in three exterior colors – Performance Blue, Conquer Gray, and Frozen White – and features dual matte black racing stripes with red pinstripes that span the hood, roof, and tailgate. 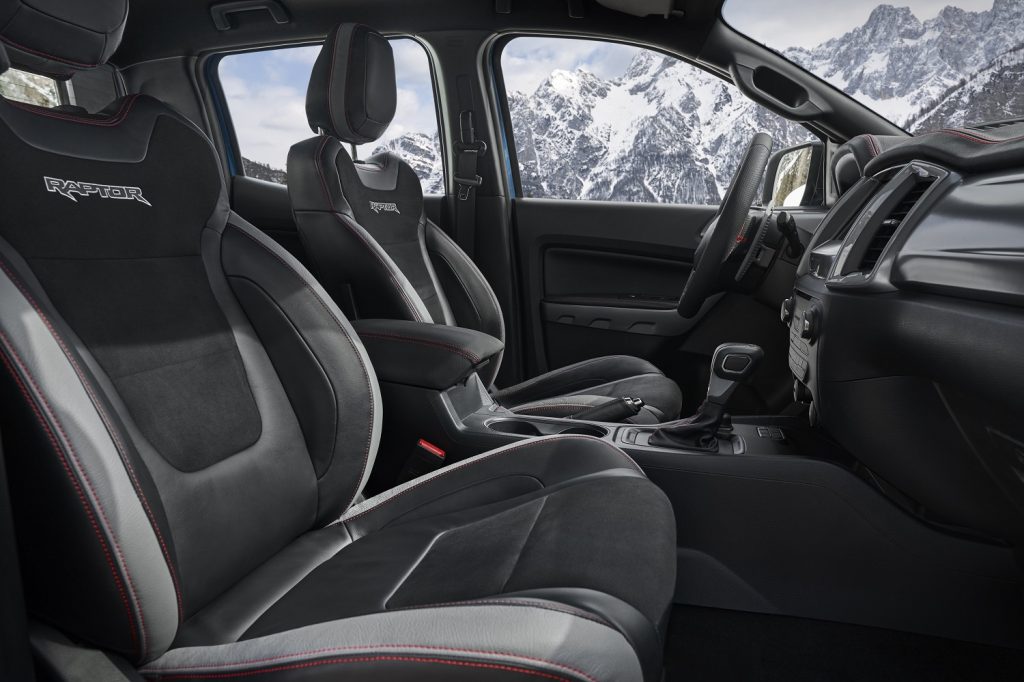 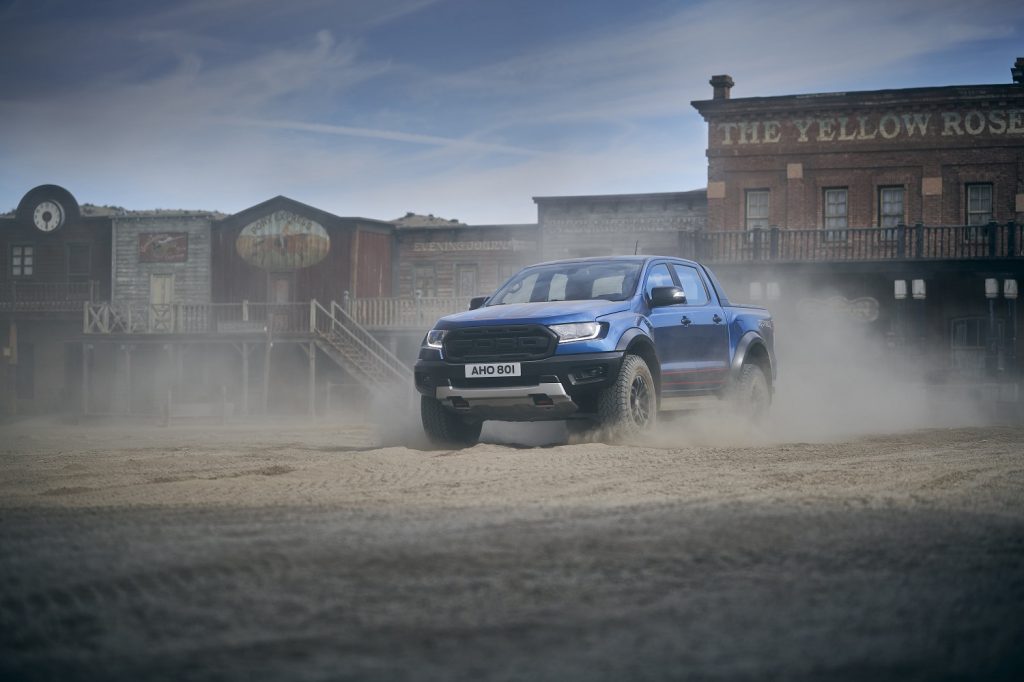 Otherwise, the Ford Ranger Raptor Special Edition is identical to the regular Ranger Raptor, which means that it’s powered by FoMoCo’s 2.0L EcoBlue bi-turbo diesel engine that produces 210 horsepower and 369 pound-feet of torque, which flows to either the rear or all four wheels via Ford’s 10-speed automatic transmission. Other notable features include Fox shocks, double wishbones up front, a multi-link rear suspension, and General Grabber AT3 all-terrain tires.

The Ranger Raptor Special Edition launches in Europe this coming October and joins the recently-announced Ranger Stormtrak and Wildtrak, as well as the MS-RT, in the automaker’s lineup.

We’ll have more on all the latest Ford and Lincoln models as soon as it’s available, so be sure and subscribe to Ford Authority for the latest Ford Ranger news and continuous Ford news coverage. 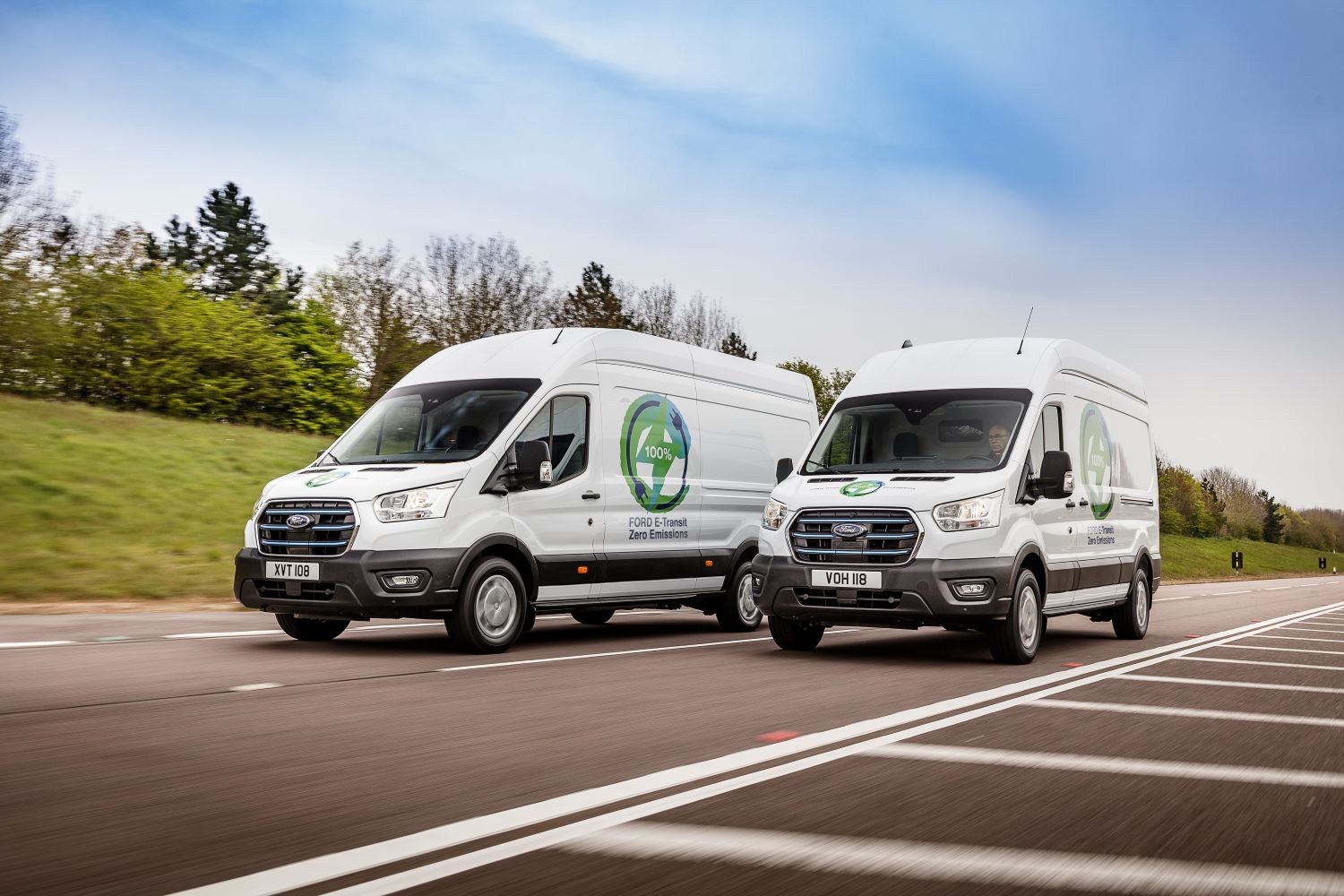 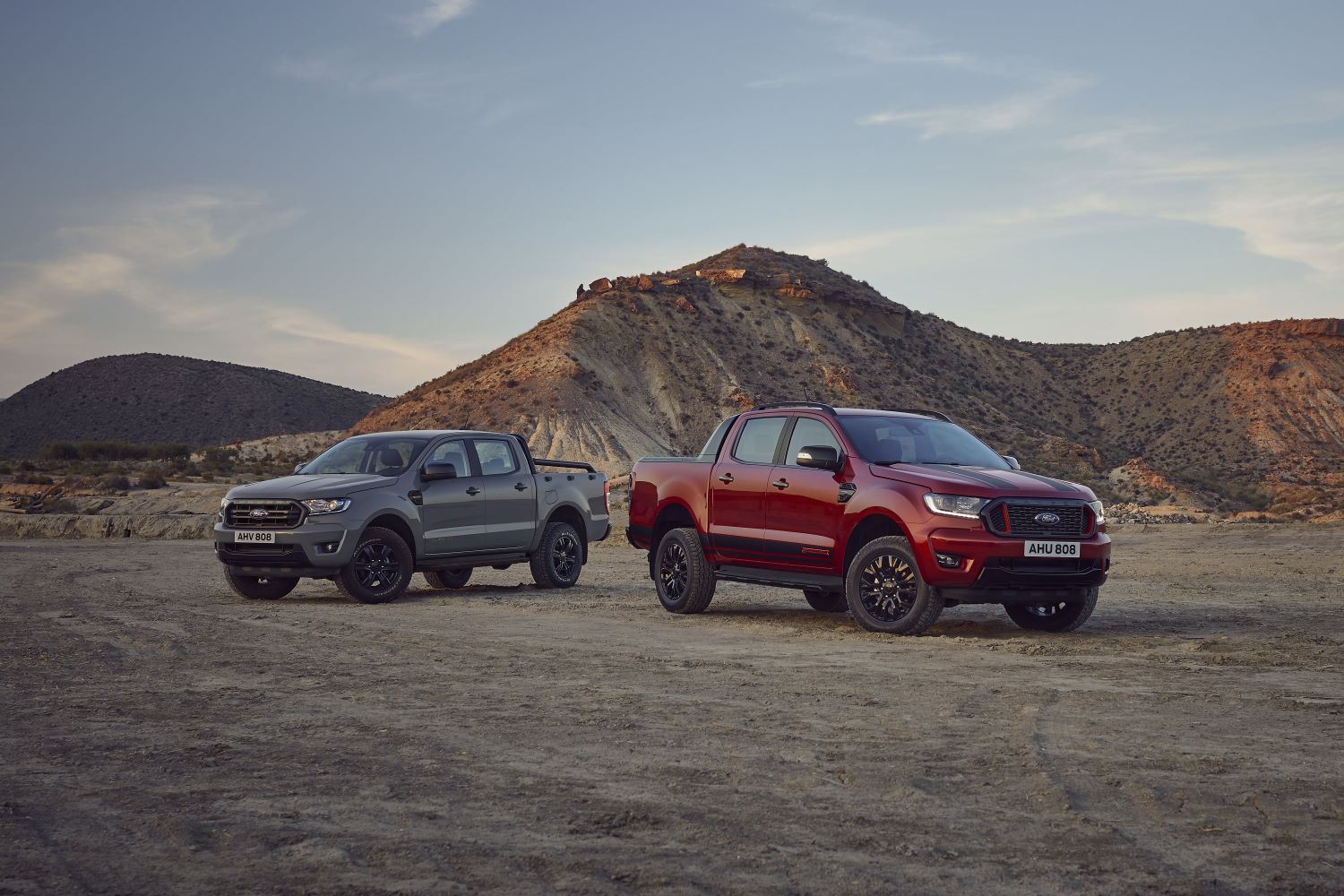