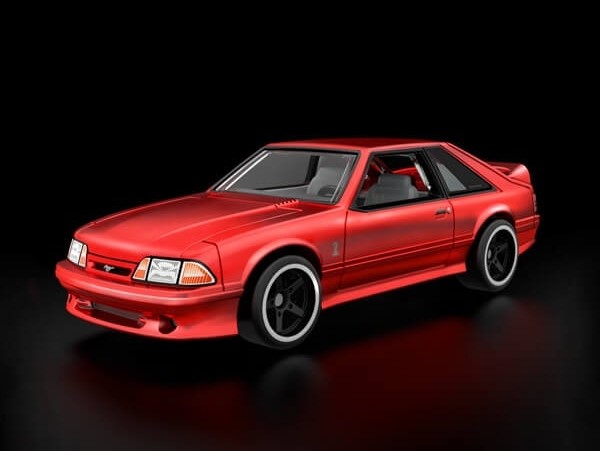 While most of us grew up collecting Hot Wheels cars, that hobby isn’t exclusive to younger folks anymore. These days, plenty of grownups still buy and collect these tiny toy cars, and the company that makes them obliges by cranking out some seriously cool, limited-edition models, too. That now includes this very cool Hot Wheels 1993 Ford Mustang Cobra R, which is only available to Red Line Club (RLC) members. 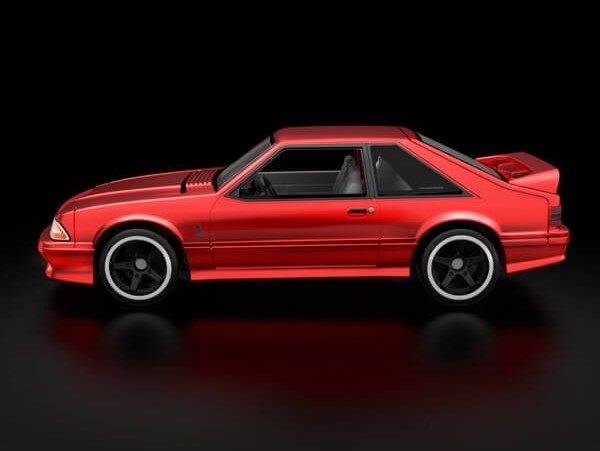 The good news is, signing up for the RLC is pretty easy, and nabs members access to exclusive content, priority access to new items, the ability to vote for new models, and the chance to buy special-edition models like this awesome Hot Wheels 1993 Ford Mustang Cobra R, which won’t be available to the general public. 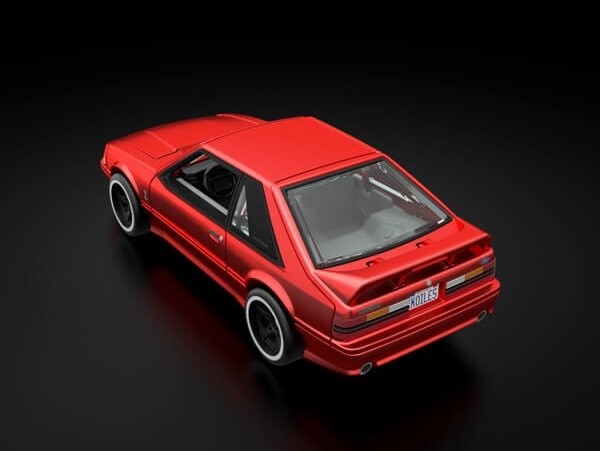 As all Ford Mustang fans are well aware, the 1993 Cobra R is an incredibly rare machine, to begin with, as Ford produced a mere 107 of them, all of them finished in Vibrant Red. This was a car designed specifically for the race track, as Ford stripped it of its radio, antenna, air conditioning, sound deadener, foglights, rear seat, and various other unnecessary components to save around 450 pounds from the regular Cobra. 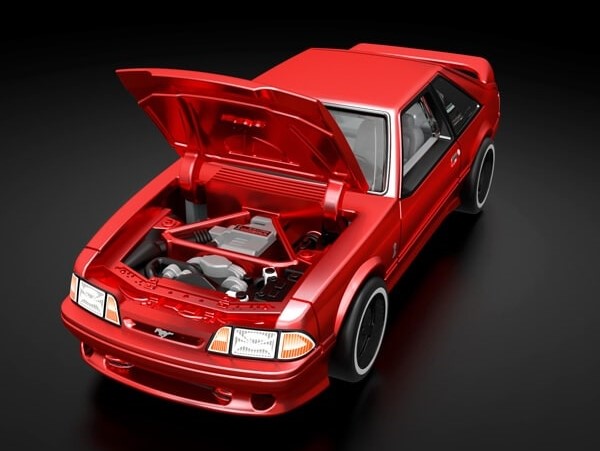 Though the Cobra R’s 5.0L V8 was a carryover from the regular Cobra, it did feature a unique radiator and purge tank. The suspension and brakes were a different story, however, as Ford revised both heavily for track use. Highlights there include a strut tower brace, subframe braces, Eibach springs, adjustable Koni shocks and struts, and Kelsey-Hayes vented rotors that measured 13 inches in the front and 10.5 inches in the rear. 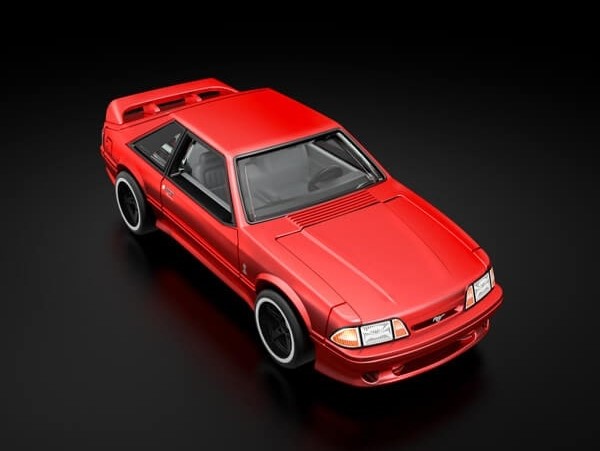 As for the Hot Wheels version of this classic pony car, it’s a faithful replica (save for the wheels) that has an opening hood that reveals a highly detailed engine bay. The interior is likewise very realistic, and the chassis is even painted and detailed like the real thing. The Hot Wheels 1993 Ford Mustang Cobra R is available for RLC members to order starting today, May 11th, through May 13th, at a cost of $24.99 with a limit of one per membership and five per household.

We’ll have more cool toys like this to share soon, so be sure and subscribe to Ford Authority for more Ford Mustang news and non-stop Ford news coverage.