As we prepare for the official reveal of the 2023 Ford F-150 Lightning taking place tomorrow, May 19th, at 9:30 pm EDT, we’ve already gotten a very good look at the all-electric Ford F-150 during President Joe Biden’s speech at the new Ford Rouge Electric Vehicle Center. Biden was on hand to talk about the new pickup, as well as pitch his proposed $174 million dollar EV plan. But while he was in Dearborn, Biden also got to take a little F-150 Lightning test drive.

So. This just happened. #F150Lightning Tune in at 9:30 pm EDT tomorrow night for the full story. 🛻⚡️⚡️⚡️ pic.twitter.com/ILpPCnJDdR

We know this because Ford North America Product Communications Manager Mike Levine posted a couple of pictures of the Biden’s F-150 Lightning test drive on Twitter, also teasing that the full story of the little cruise will be told during the truck’s reveal tomorrow night. Of course, the truck that Biden drove was a prototype, not the model we saw sitting inside the plant uncovered. In a video of the drive posted by Michael Martinez of Automotive News, Biden noted that the truck goes from “0-60 in about 4.3 [seconds].”

As most already know, Biden is a self-proclaimed “car guy” himself, one that already owns a C2 Corvette that he wasn’t allowed to drive much during his time as Vice President. Biden also teased about the possibility of an all-electric Corvette last year, which caused a bit of a stir in the automotive world. 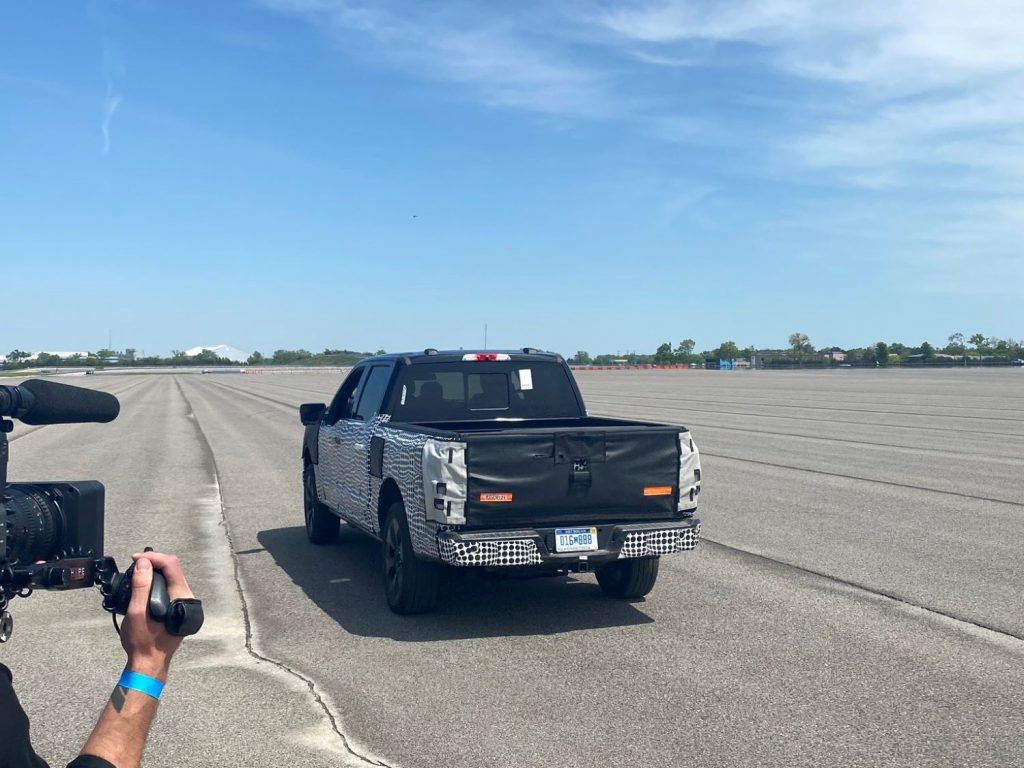 Over the last several months, we’ve learned a lot about the Ford F-150 Lightning, aside from the way it looks. Ford has said that its EV pickup will be the most powerful F-150 ever, thanks to a pair of electric motors. The Lightning also features an independent coil spring rear suspension, unique battery chemistry, multiple infotainment screen options, and an onboard power generator similar to Ford’s Pro Power Onboard feature available on the 2021 Ford F-150.

Quick, someone ask him the starting price, battery range and power specs https://t.co/EPTk6C5Nva

The 2023 F-150 Lightning will be produced at the new Rough Electric Vehicle complex, though paint and bodywork will be completed alongside ICE-powered F-150 models at the Ford Dearborn Truck Plant. The EV pickup is expected to launch in mid-2022 for the 2023 model year.