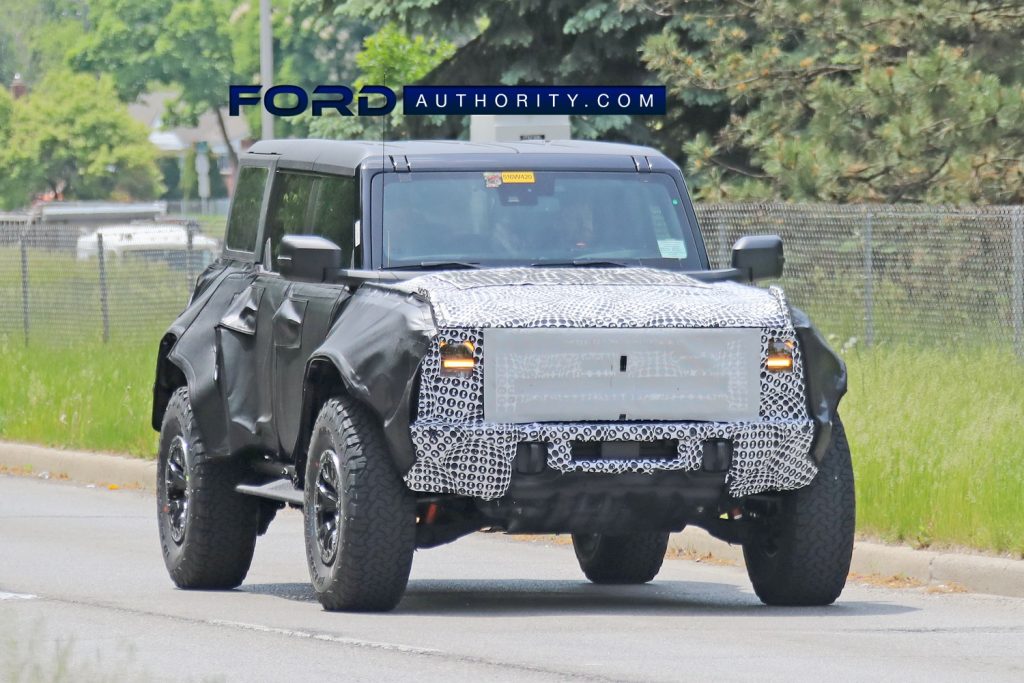 For some time, everyone expected the 2023 Ford Bronco Raptor to be called the Ford Bronco Warthog, but Ford Authority‘s exclusive report from earlier today verifies that the ultra-high-performance off-roader will indeed add another member to the Raptor family. Now, we have a bevy of new Ford Bronco Raptor pictures to share, this time of a prototype that’s wearing slightly less camouflage than the ones we’ve seen thus far. 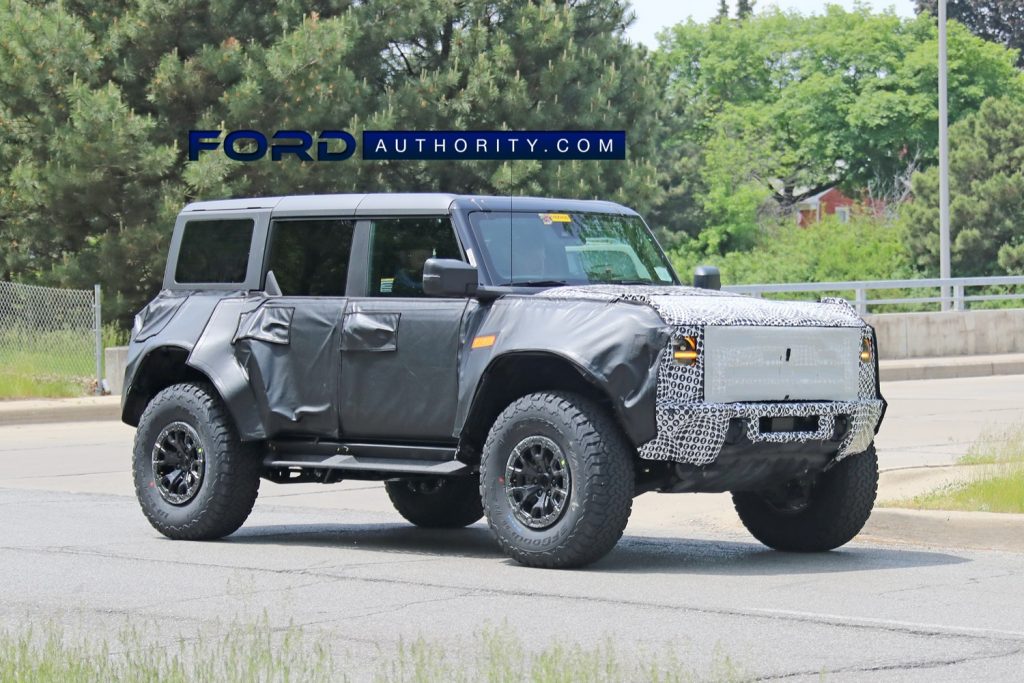 These photos give us a much better look at the exterior details of the 2023 Ford Bronco Raptor, including its significantly higher ground clearance, larger fender flares, front grille with “FORD” lettering, and its much wider, more aggressive stance when compared to the regular Ford Bronco. Even with what is still a heavy amount of camo, these features are impossible to completely disguise. 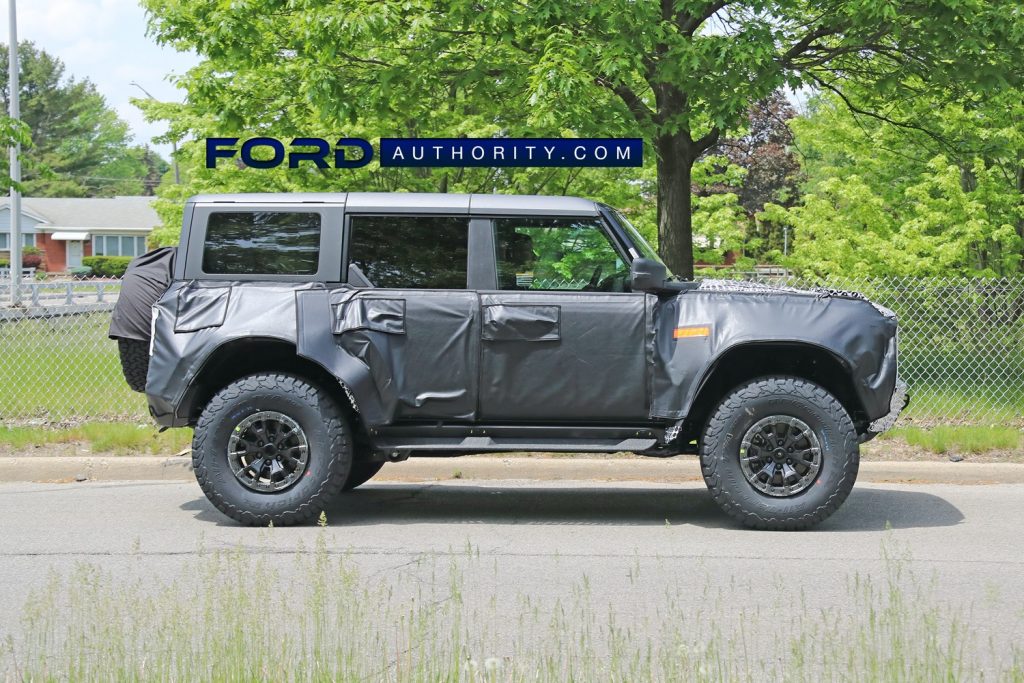 This particular Bronco Raptor prototype appears to be the non-hybrid model, given the exhaust configuration, which means that it’s powered by Ford’s 3.0L EcoBoost V6, as Ford Authority exclusively reported recently. That engine will be joined by a hybrid model, expected to be powered by the same 3.0L EcoBoost V6 and electric motor combination present in the Lincoln Aviator Grand Touring. 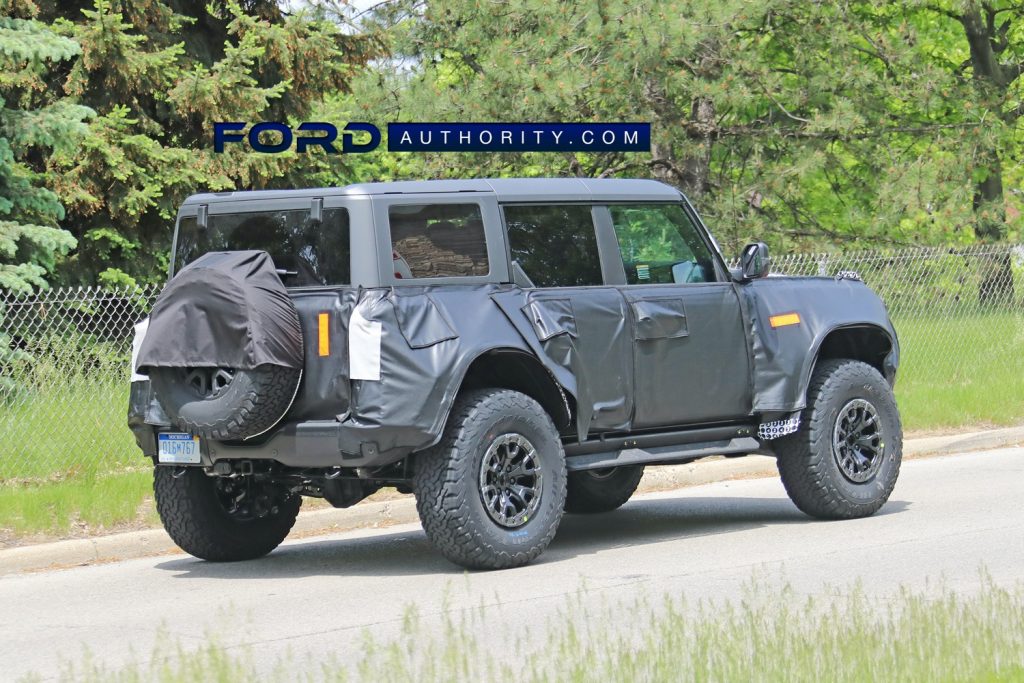 These photos also give us our best look yet at the grille’s “FORD” script, though it isn’t immediately clear what sort of suspension modifications lie underneath. Regardless, as Ford Authority previously reported, the Bronco Raptor will utilize the same Fox Live Valve shock technology as the 2021 Ford F-150 Raptor. This particular vehicle is also wearing a set of running boards, which we haven’t seen on any prior prototype. 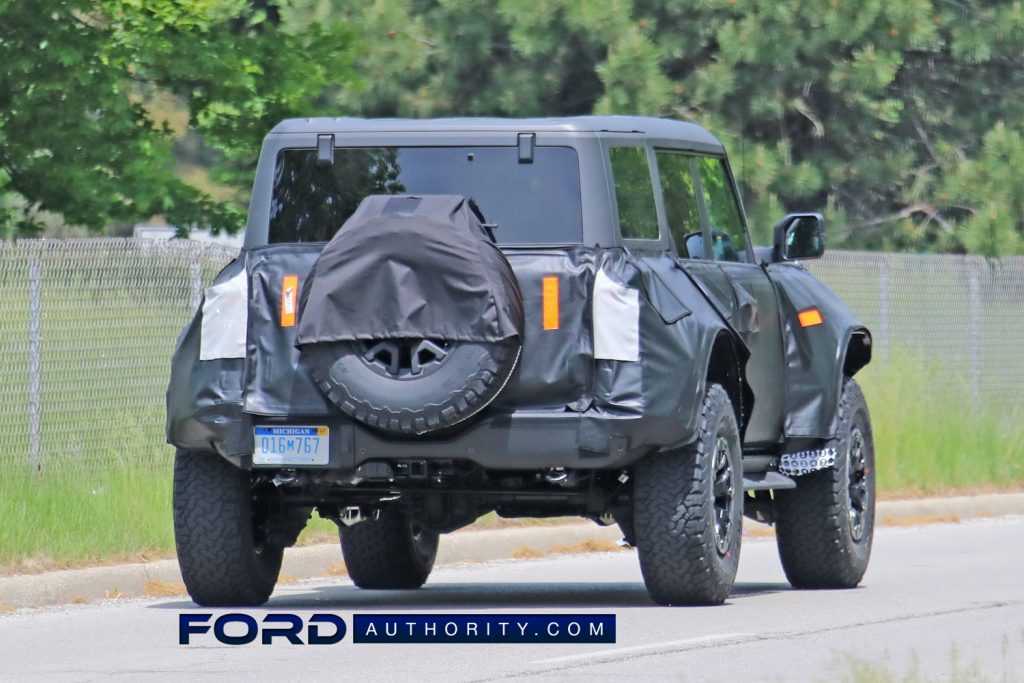 Finally, the prototype rolls on what appears to be a set of 17-inch wheels wrapped with BFGoodrich All-Terrain tires, though the size is unclear. Prior Bronco Raptor prototypes utilized LT315/70R17 BFGoodrich KO2 All-Terrain T/A rubber, however.

We’ll have more on the Bronco Raptor soon, so be sure and subscribe to Ford Authority for more Bronco Raptor news, Ford Bronco news, and non-stop Ford news coverage.