Photos have surfaced on Reddit of what appears to be a Roush Bronco, sitting idly in an unidentified dirt parking lot. The four-door Big Bend model bears the tell-tale yellow sticker we’ve seen time and again on Ford-owned vehicles, including prototypes and FoMoCo-owned vehicles from other manufacturers used for benchmarking purposes. In this case, right above that sticker at the center of the windshield, ROUSH lettering is clearly visible in all caps. The authenticity of these pictures is a bit suspect, with many around the web suggesting that they could have been digitally altered. Regardless, if the photos are genuine, it’s an interesting development for the Bronco product line. We’ve seen the Roush Performance handiwork on both the 2021 Ford F-150, as well as the Roush Mustangs. While these Bronco pics have only the logo above the windshield and red striping on the sides to differentiate from a standard offering, a Roush Bronco version would likely also include performance upgrades under the hood along with potential suspension upgrades.

Ford has been working for quite some time on its own high-performance Bronco variant, previously known as the Bronco Warthog. But in an exclusive report released yesterday, Ford Authority confirmed that the model will be called Bronco Raptor instead. 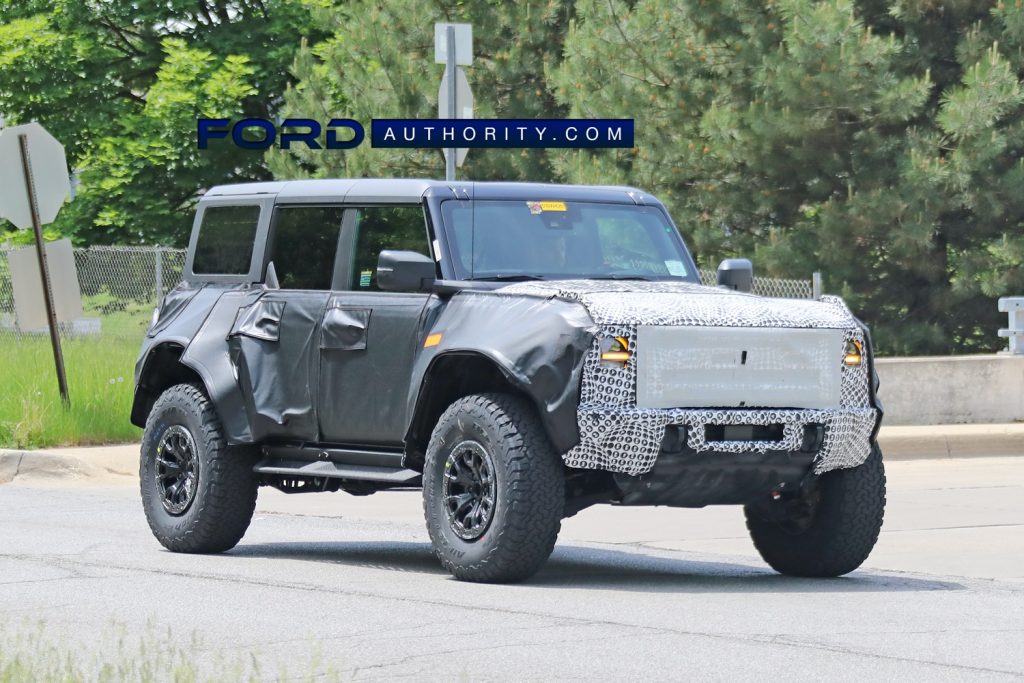 A Ford Bronco Raptor prototype undergoing testing in May 2021

Shortly after, our spies captured a Bronco Raptor prototype undergoing testing with slightly less camouflage than before, giving us our best look yet at the chunky fender flares, towering ground clearance, BF Goodrich AT All Terrain T/A tires, and the now-signature “FORD” grille treatment as seen on the F-150 Raptor.

As Ford Authority exclusively reported, power for the Bronco Raptor version will come from The Blue Oval’s 3.0L EcoBoost V6, shared with the Explorer ST and Lincoln Aviator. 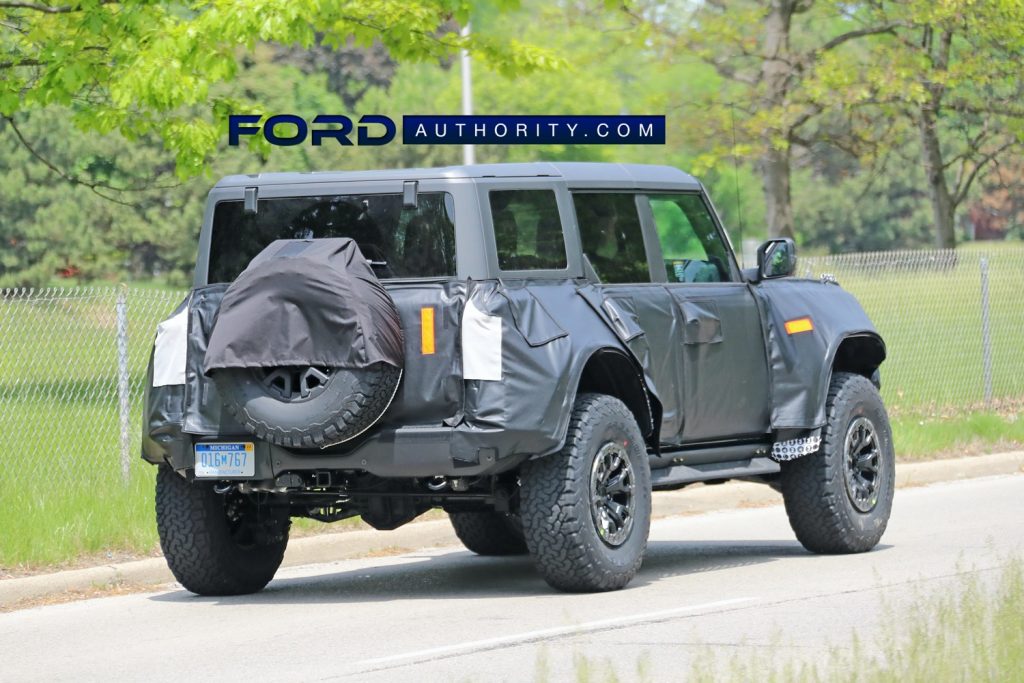 A Ford Bronco Raptor prototype undergoing testing in May 2021

A gasoline-hybrid model is also expected to be offered via a similar powertrain configuration as in the Lincoln Aviator Grand Touring. In that model, the hybrid powertrain is rated at 494 horsepower and 630 pound-feet of torque.

We’ll follow this potential Bronco Roush story and report back as soon as we have more, so be sure and subscribe to Ford Authority for more Bronco Raptor news, Ford Bronco news, and ongoing Ford news coverage as it happens.