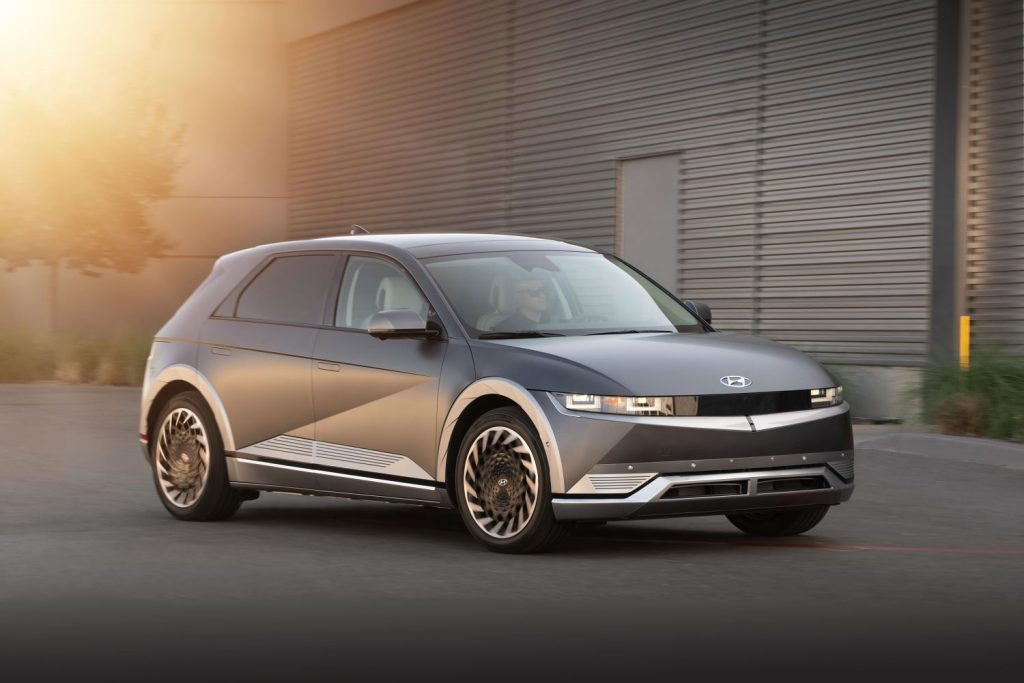 The 2022 Hyundai IONIQ 5 was revealed back in February as a uniquely styled Ford Mustang Mach-E competitor – along with its “twin,” the Kia EV6 – at which time the automaker provided specs for the European version of the EV crossover. Now, Hyundai has revealed the U.S. version of the IONIQ 5, as well as all of its relevant specs, so we can compare it to the Mach-E sold stateside. 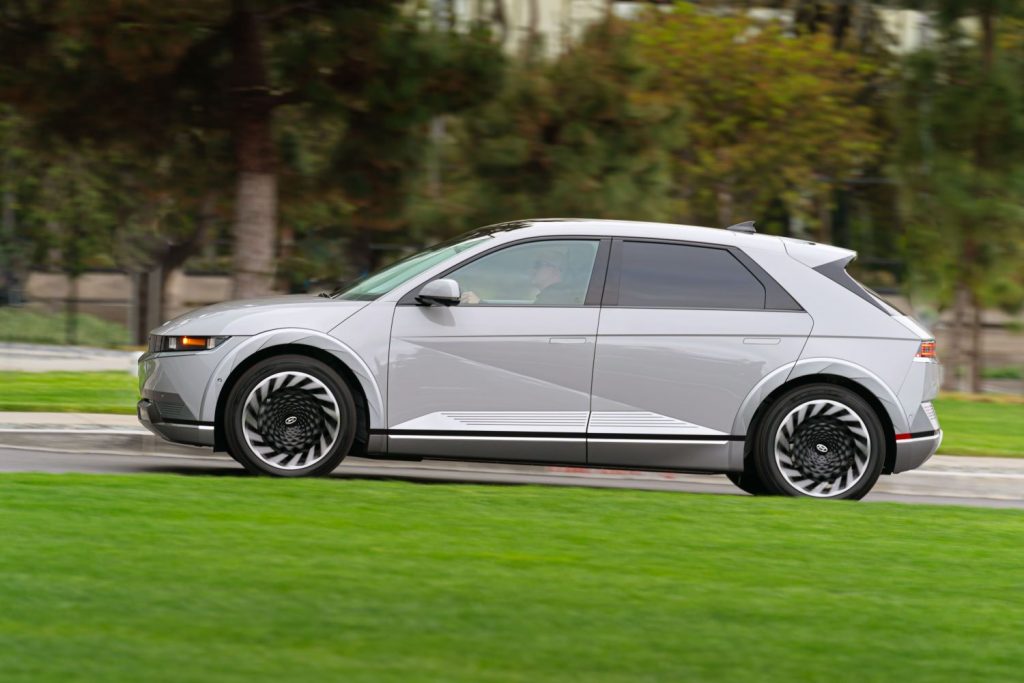 The Hyundai IONIQ 5 is the first of a planned 23 all-electric models from the automaker, which hopes to sell one million BEVs by 2025. The styling of the crossover is inspired by Hyundai’s “45” EV concept, and is available in six exterior colors – Phantom Black, Cyber Gray, Atlas White, Digital Teal, Lucid Blue, and Shooting Star, with three interior color options – Obsidian Black Monotone, Dark Pebble Gray/Dove Gray, and Dark Teal/Dove Gray. 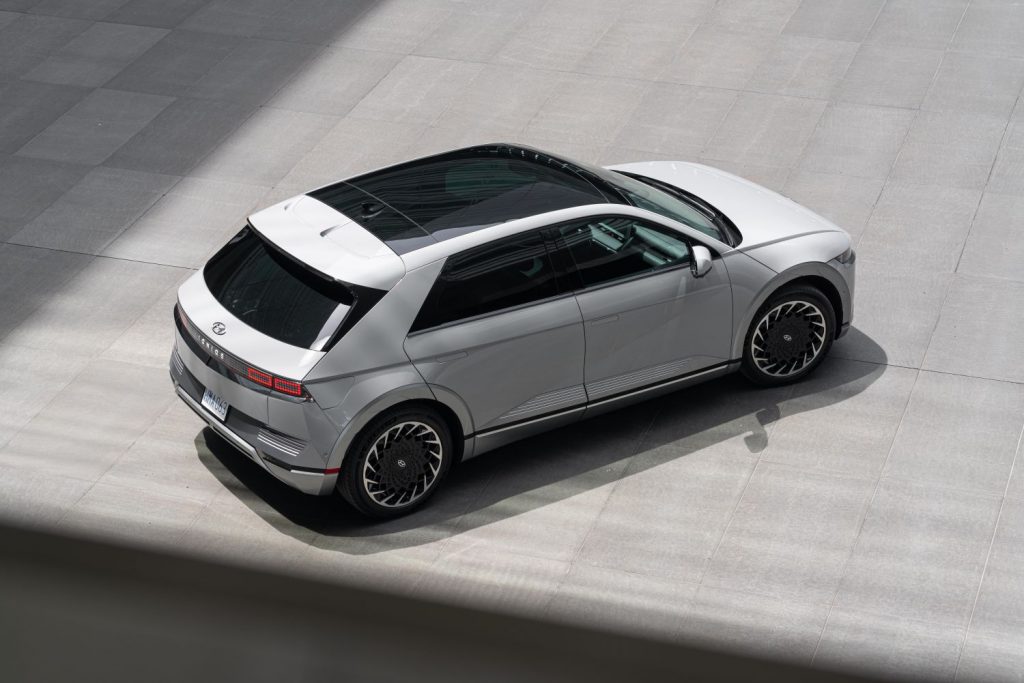 Range varies depending on drive configuration and trim level, as is the case with most EVs. The single-motor IONIQ 5 is expected to travel up to 300 miles on a single charge. Dual-motor SE and SEL trims are targeted to travel 269 miles, while the Limited AWD model will go up to 244 miles on a charge. Regardless of configuration, all IONIQ 5 models can tow up to 1,500 pounds. 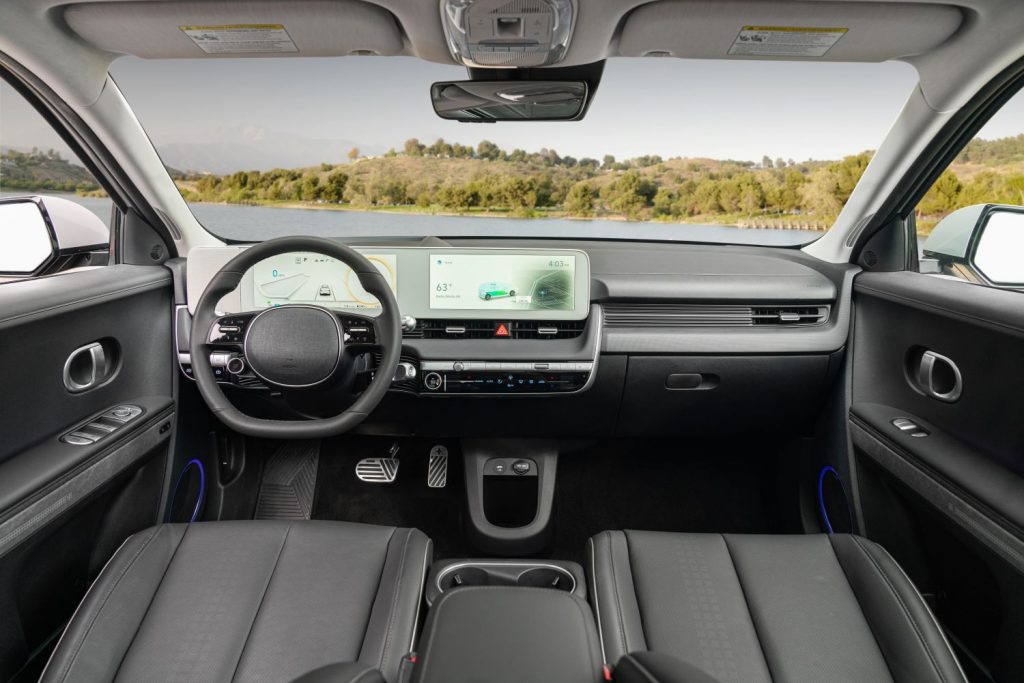 The IONIQ 5 is capable of both 400- and 800-volt charging and that process is quite swift for an EV. The crossover can go from a 10 to 80 percent state of charge in just 18 minutes using a 350 kW charger, or add around 68 miles of range in five minutes. Using the standard Level 2 10.9 kW charger can fully charge the IONIQ 5 in 6 hours, 43 minutes. 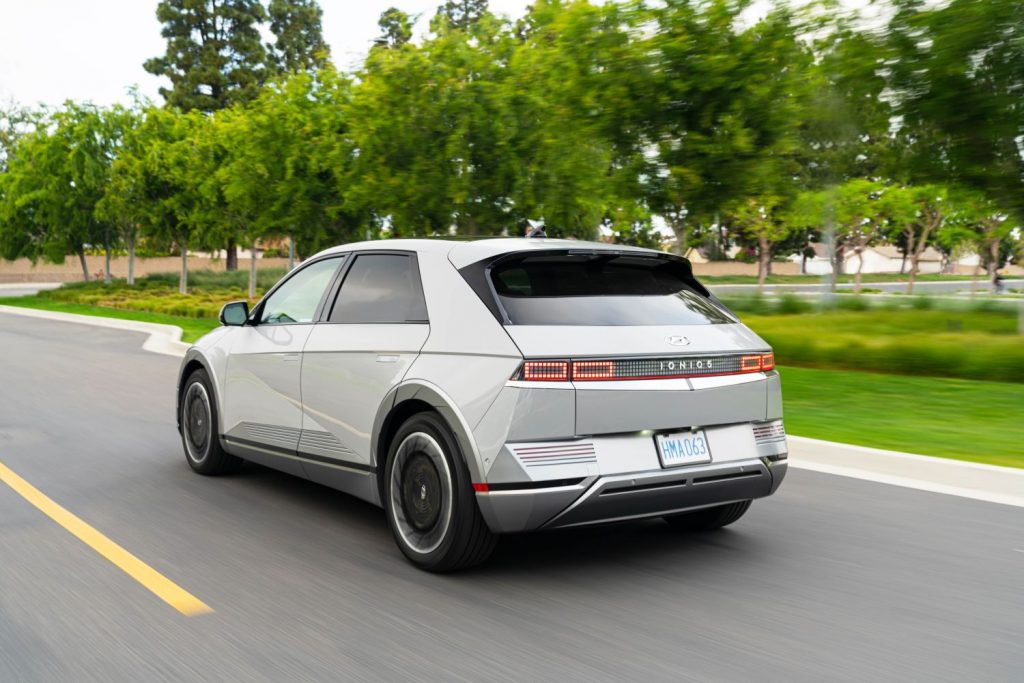 One of the EV crossover’s niftiest tricks, however, is its V2L feature, which allows owners to use the vehicle to charge all sorts of electronic devices, including other EVs, similar to the Ford F-150 Lightning. Output comes in at 1.9 kW peak when using a standard, 120-volt outlet. Additionally, Hyundai points out that the IONIQ 5 has more passenger volume (106.5 cubic feet) than both the Mach-E (101.1) and Volkswagen ID.4 (99.9). 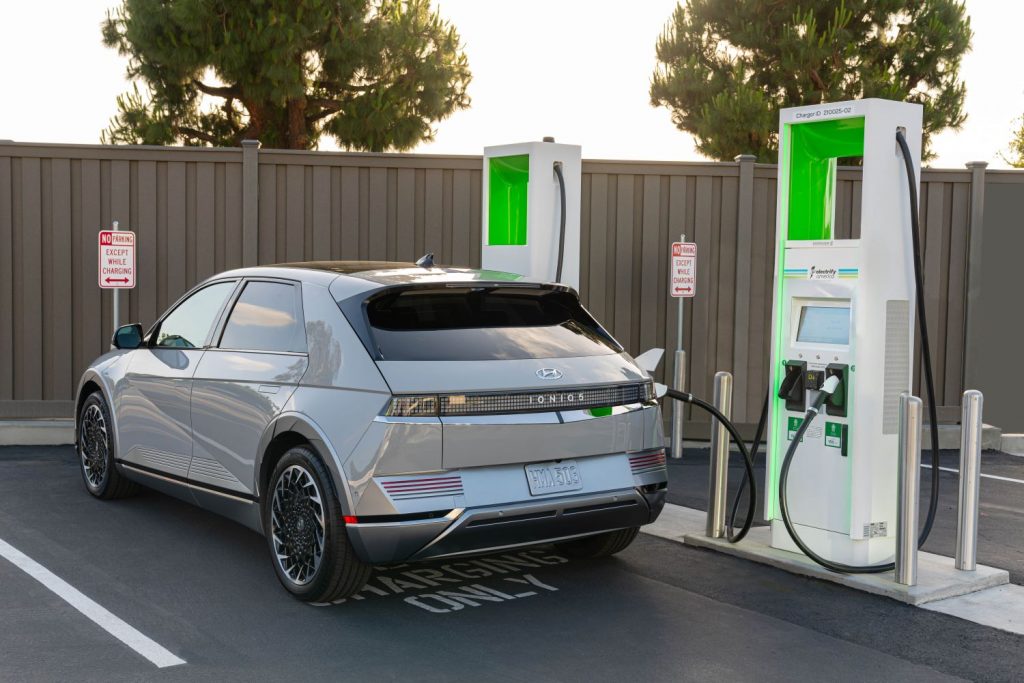 We’ll have more on Ford and Lincoln’s competition soon, so be sure and subscribe to Ford Authority for non-stop Ford news coverage.