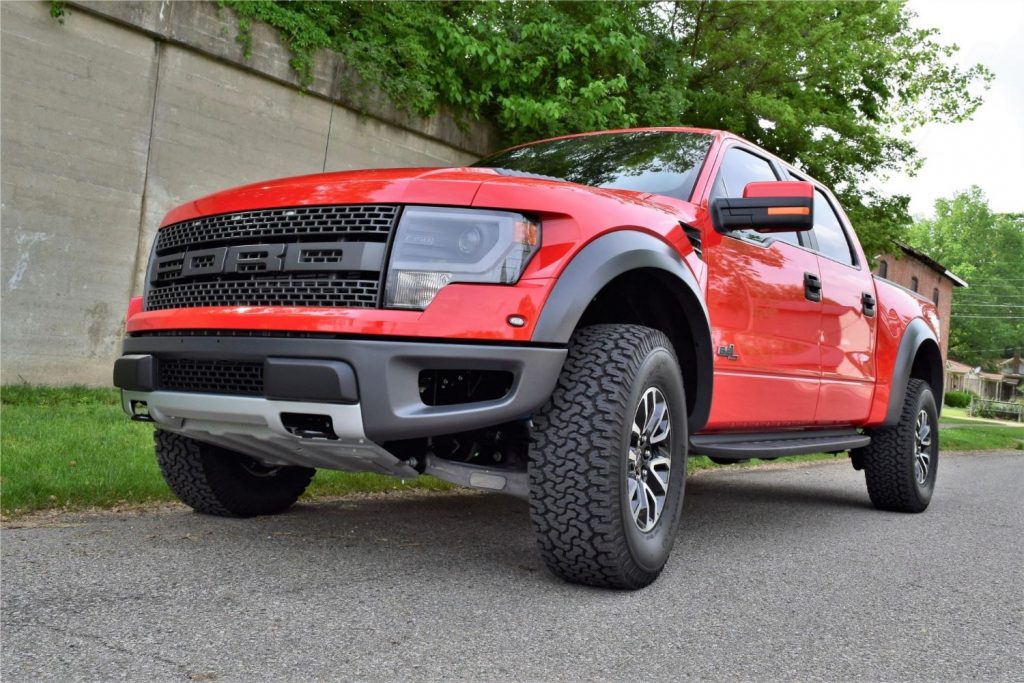 The Ford F-150 Raptor has only been in production for a little over a decade now, but it’s already become a hot collector’s item. This is especially true of the first-gen model, which (until the Ford F-150 Raptor R launches next year) is the only one available with V8 power. Regardless, even the 3.5L EcoBoost V6 powered second-gen model is a hot item on the secondary market, particularly in the rarer SuperCab configuration, so it’s no surprise that this 2014 Ford F-150 SVT Raptor up for grabs at Bring a Trailer has already racked up a healthy amount of bids. 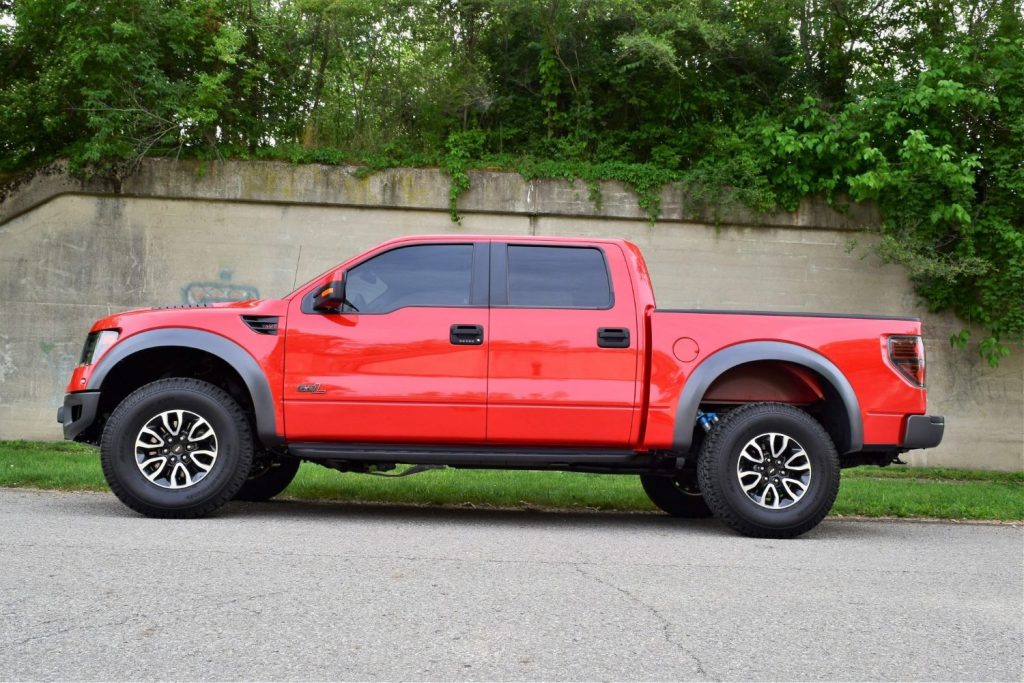 Amazingly, this 2014 Ford F-150 SVT Raptor has a mere 1,400 miles showing on the odometer, making it perhaps the lowest-mile first-gen F-150 Raptor in existence. That could have something to do with the fact that it was originally purchased by a company, then sold to one of its employees back in 2015. Regardless, it’s in simply immaculate condition, with all of the original goodies including the window sticker intact. 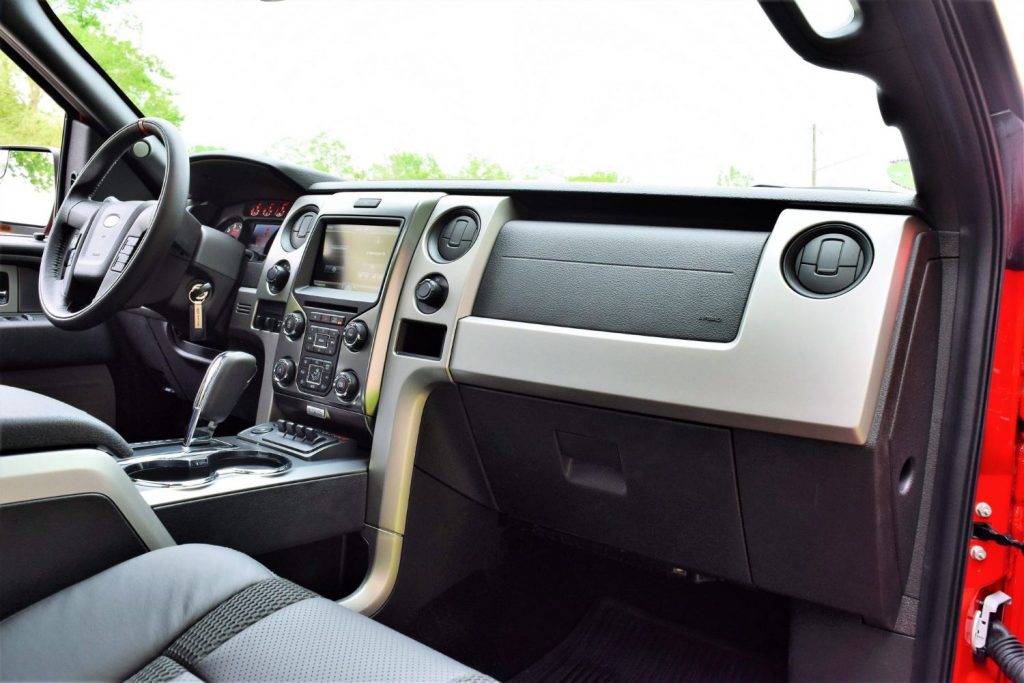 It’s also bone stock, with the exception of a black rubber mat in the bed and a Corsa exhaust. Inside and out, this Race Red beauty looks showroom fresh, and it’s well-equipped as well, thanks to the optional Luxury Package that adds niceties like navigation, power-adjustable pedals, heated and cooled power-adjustable front seats, and remote start, to name a few. 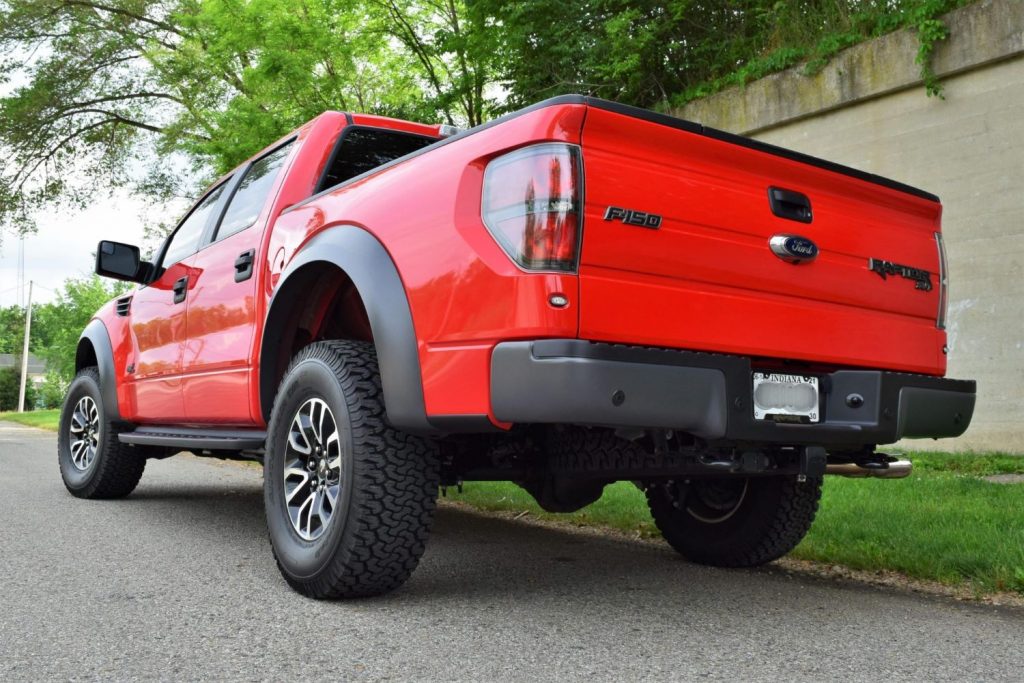 The truck’s 6.2L Boss V8 is of the most interest to collectors and enthusiasts, however. Rated to produce 411 horsepower and 434 pound-feet of torque, it isn’t the most powerful or quickest F-150 Raptor ever built, but that isn’t the point. 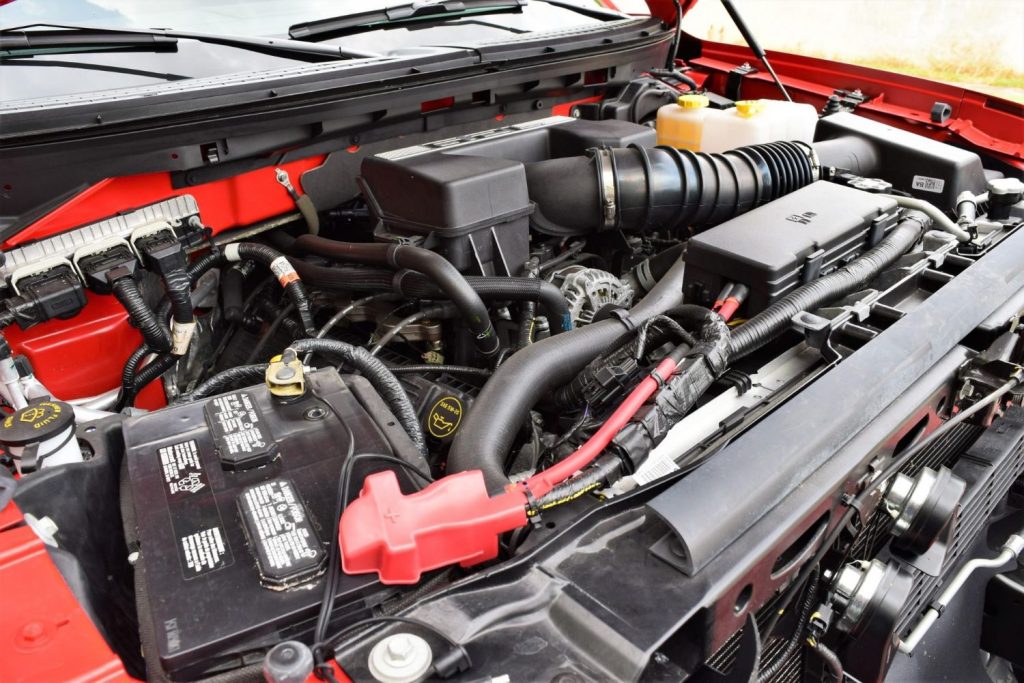 What does matter is that it emits pleasant, deep, V8 sounds, which is something no other generation of the F-150 Raptor can do. Clearly, others agree, because as of this writing, the low-mile pickup has been bid up to $41,000 with a full six days to go.

We’ll have more cool auction finds like this to share soon, so be sure and subscribe to Ford Authority for more Ford F-Series news, Ford F-150 news, Ford F-150 Raptor news, and ongoing Ford news coverage.