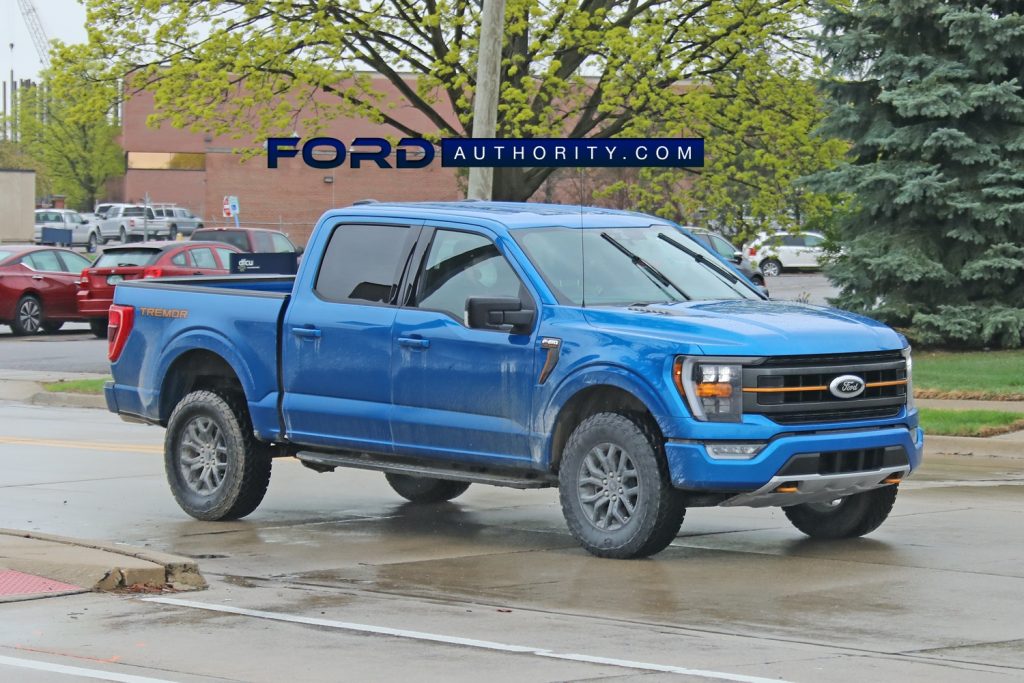 When the 2021 Ford F-150 Tremor arrives at dealerships later this year, it will supplement the existing F-150 lineup by offering an off-road oriented model that never existed previously. As Ford Authority previously explained, Ford will offer the F-150 Tremor in three intelligently-bundled equipment tiers – Standard, Mid and High. That’s because the F-150 Tremor will be its own distinct trim level rather than an option package, which is how Ford offers it on the Ranger and F-Series Super Duty.

Besides the three equipment tiers, F-150 Tremor shoppers will be able to choose between a diverse amount of colors, from more conventional hues like gray and silver to more vibrant options like Velocity Blue Metallic, which just so happens to be what a truck with the Mid (401A) equipment grouping was wearing when we recently caught it strutting its stuff out in public. 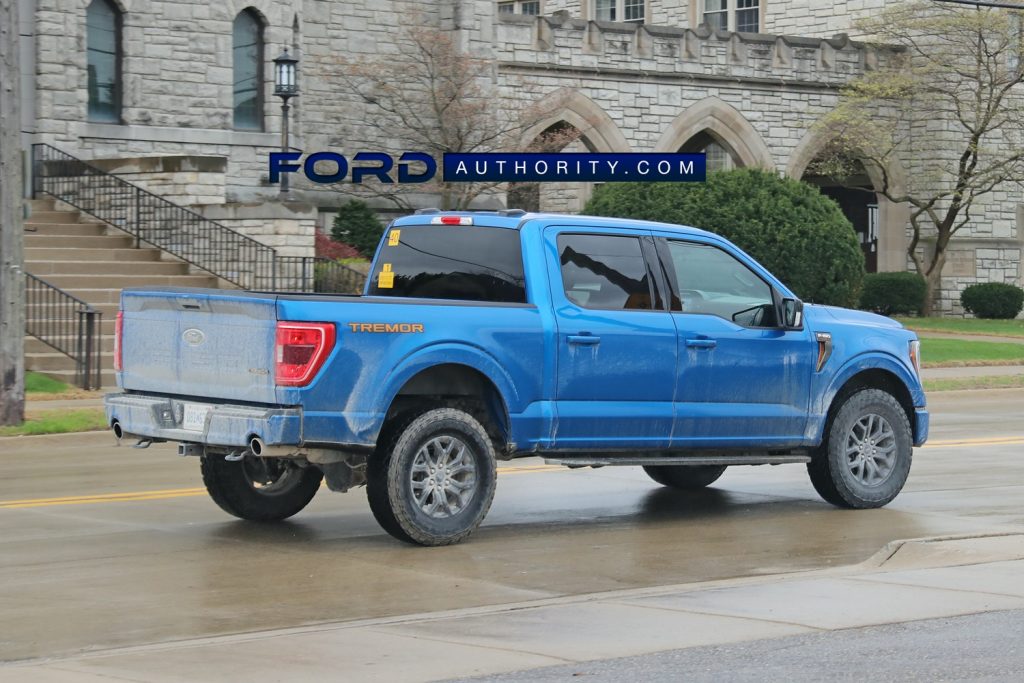 Using a similar tier structure to the XLT’s 302A spec, the mid-level 2021 Ford F-150 Tremor has body color door handles, a long range 36 gallon fuel tank, and heated side mirrors, among other features. As with the Standard and High tiers, the F-150 Tremor has a set of high-mounted fixed running boards, dual exhaust outlets for the Ford 3.5L EcoBoost V6, and Active Orange color accents exclusive to the Tremor. 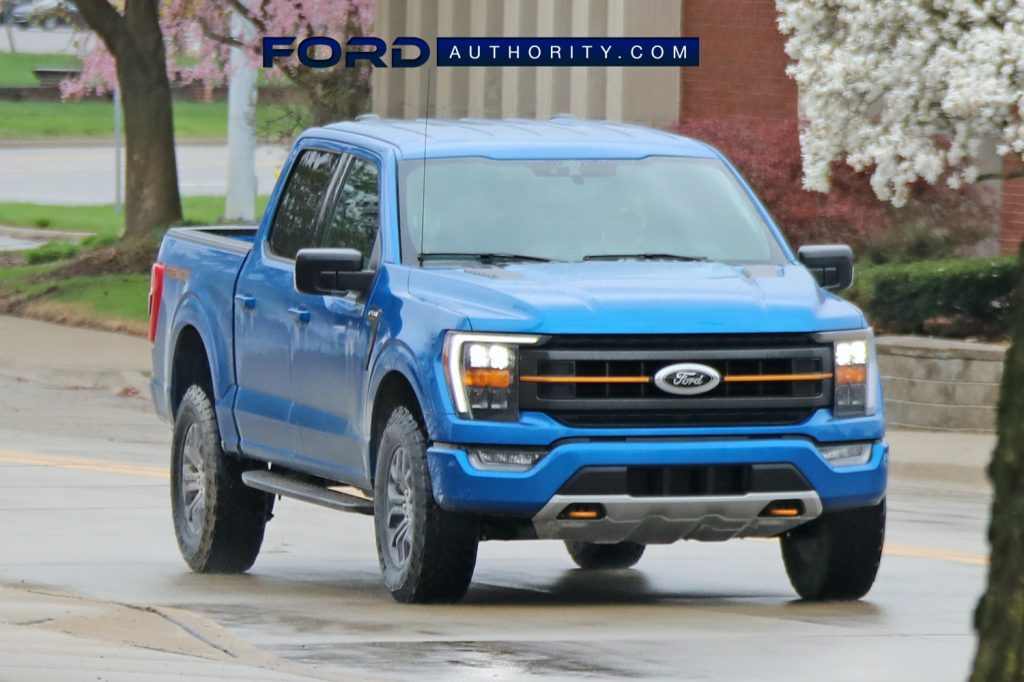 Additionally, every Ford F-150 Tremor with the Mid equipment grouping features a set of LED forward lightning, with the headlights, fog lights, approach/cornering lamps, and side mirror spotlights getting LED tech. Aesthetically, the difference is easily spotted with a darkened multi-reflector headlight housing on the Mid and High tiers, as opposed to the conventional silver colored housing on the Standard model. 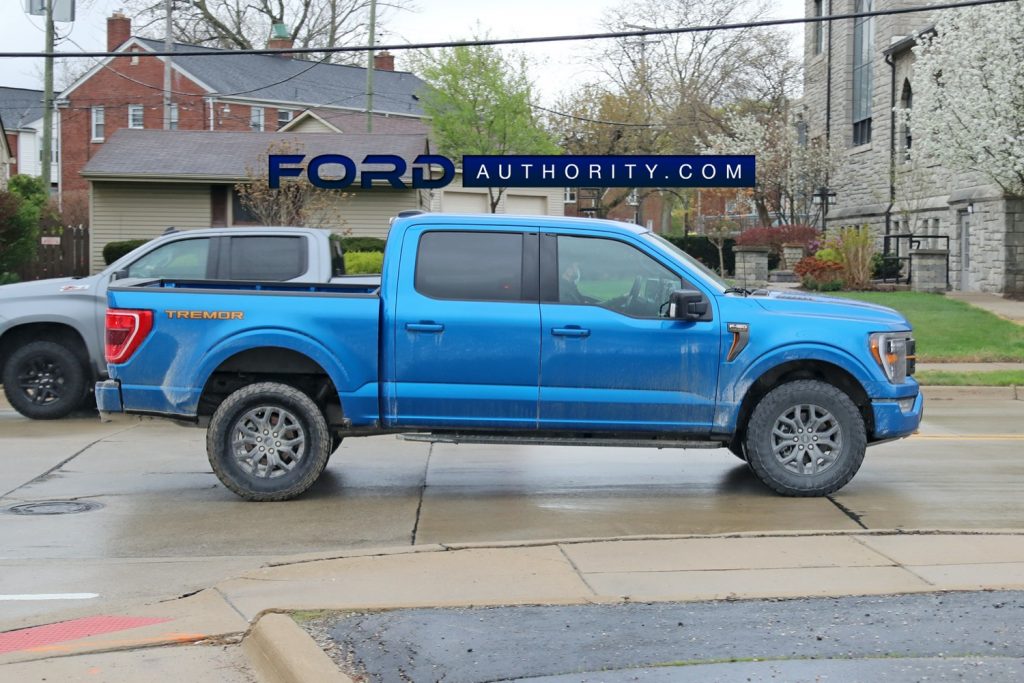 As Ford Authority previously detailed, the first-ever F-150 Tremor is slated to enter production as part of Job #2 at the Ford Dearborn Truck plant, the exclusive home of the F-150 Raptor. Pricing is expected to start right around $50K for the Standard model, which will include such features as standard four-wheel drive, the 5.5-foot box, and an off-road oriented suspension. 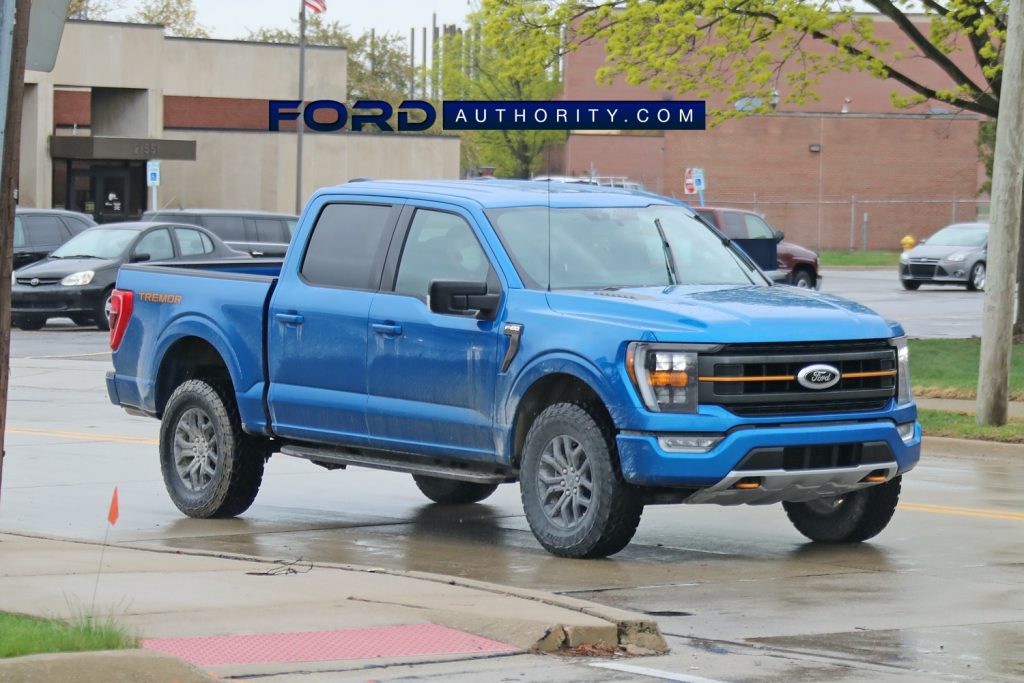 Ultimately, the new F-150 Tremor looks great in Velocity Blue Metallic, a color option it shares with the Ford Mustang, as we saw in our exclusive photos of the 2021 Ford Mustang Mach 1 from late last year.