When the 2022 Ford F-150 Lightning was revealed last month, FoMoCo made a big deal about the first-ever all-electric Ford F-150, and for good reason. The automaker truly feels like the EV pickup will be a smash hit, and the fact that it secured 100,000 reservations in the first three weeks they were available is a good indication that it could be. Ford was also keen to point out that the Lightning is a capable off-roader, but personally, we’re dreaming of a Ford F-150 Lightning Raptor. 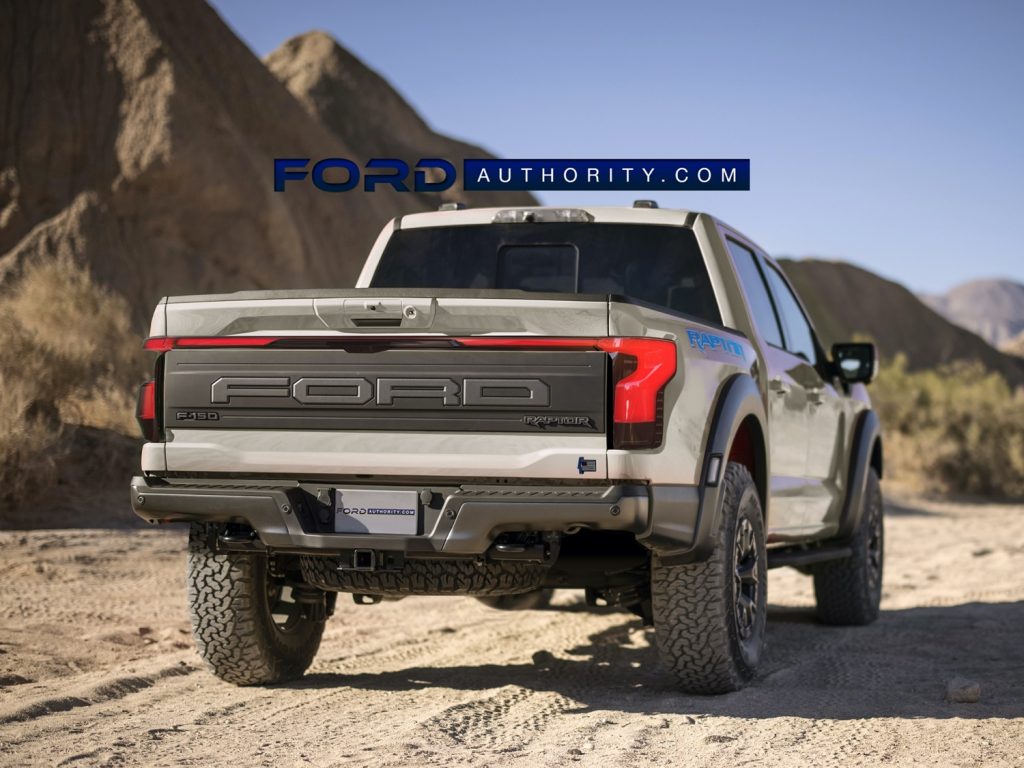 Thus, we came up with these renderings that represent what we think a Ford F-150 Lightning Raptor might look like if The Blue Oval decided to build one. This imaginary electric off-roader is pretty much what one might think – essentially a 2021 Ford F-150 Raptor with the Lightning’s front and rear fascias. But in reality, it would be a rather enticing vehicle, in our humble opinion.

While Ford is answering the calls of enthusiasts with the forthcoming Ford F-150 Raptor R and its firebreathing supercharged 5.2L Predator V8, the reality is, that pickup could very well be the last of its kind. The future is seemingly electric, which isn’t a bad thing in terms of outright performance, at least. After all, the Lightning – when equipped with the extended range battery – produces 563 horsepower and 775 pound-feet of torque.

Those numbers trump the regular 2021 F-150 Raptor’s 3.5L EcoBoost V6 H.O. powerplant and its somewhat disappointing carryover figures of 450 horsepower and 510 pound-feet of torque. And while the Lightning’s horsepower number likely won’t match up to the Raptor R’s expected 750 raging ponies, it’ll likely beat it out in the torque department. In the real world, we can’t wait to see how those two trucks fare in a drag race.

We’re also certain that FoMoCo could extract even more power from its electrified drivetrain for our imaginary Ford F-150 Lightning Raptor, making it perhaps the most powerful and quickest truck in the off-road-focused lineup. It may not serenade us with the same sweet exhaust sounds as the Predator-powered Raptor R, but it’ll also likely blow it away in a straight line.